Sydney Wildlife: How your Donations Help 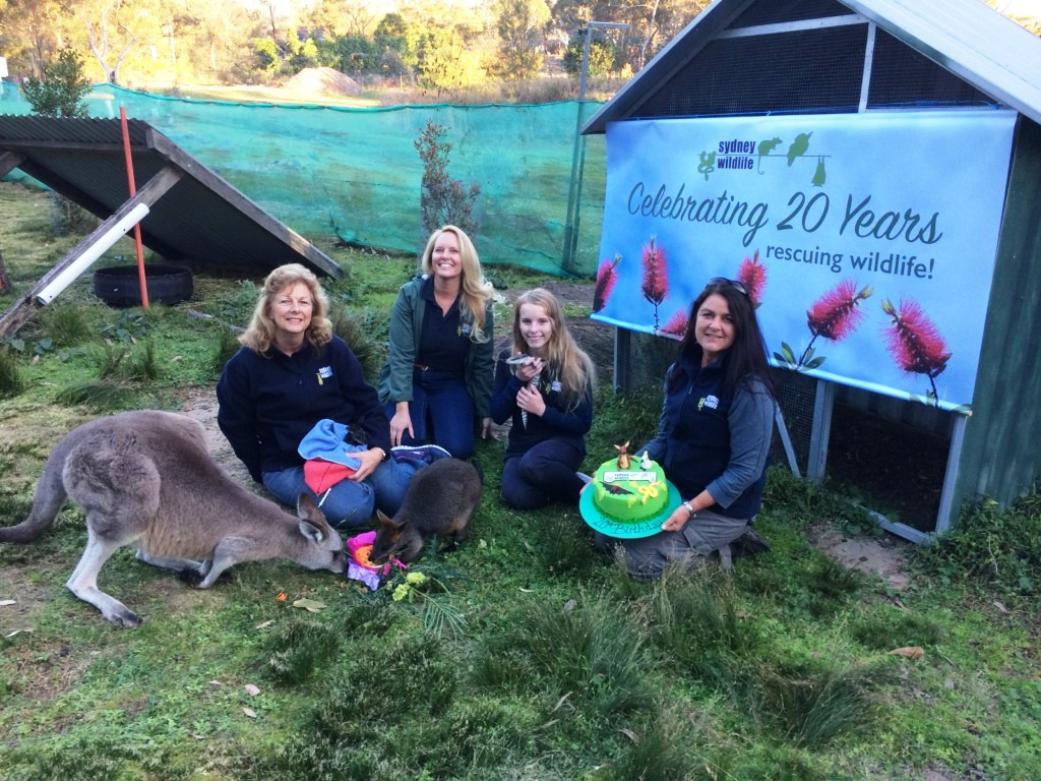 Who Have Your Donations Helped This Month?
Tawny Frogmouth Chicks

Thanks to you, our rehabilitation facility is growing and demand has been very high as Sydney Wildlife members want to use the facility to get their animals ready for release.

Most of the animals that come to our rehabilitation facility have been in care for some time and therefore need to build up their muscle strength and stamina before they go back to their natural habitat where they will have to find or catch their own food.

Our Twin Tawny Story.
One cold day, some lumberjacks were cutting down a tree for one of their clients when they noticed a nest in the tree that contained two fluffy little Tawny Frogmouth chicks.   They started to look around to see if they could locate the parents but were unable to locate them. As it was a cold day and they had taken down the branch the nest was in, they didn’t want to leave the chicks there so they took them to a local vet. After a quick check over, the vets contacted Sydney Wildlife to come and collect the chicks for hand raising.
Tawny Frogmouth Chicks
Unfortunately, when we collected the little balls of fluff from the vets, they were not able to provide us with any more detail than the suburb they were found in so we were unable to go back and try to look for the parents ourselves as we didn’t have a specific address.

When they first got home to the careers house, the two chicks were put in a nice heated box with a substitute nest in it to make them feel as much like home as possible. They were feed at very regular intervals throughout the day. Luckily for their carer, as they are birds, they didn’t need feeding during the night.

With regular feeds and constant care, they continued to grow and learn how to eat different types of foods. You will see in the photo’s the big transformation they went through going from being little white balls of fluff to beautiful feathered birds.

Once they were old enough and only requiring one hand feed per day they were taken to the rehabilitation facility were they had a larger enclosure to fly around in and learn to catch the insects and bugs that frequent the area. This enabled them to get better at catching their food in an environment that mimicked as closely as possible what they would do in the wild.
Tawny's Growing up and stretching their wings
In the Rehabilitation facility
After about one month it was time to take them back to the suburb where they were found and release them. Not only did they both fly very well and silently but we observed them flying down to the grass and bushes to catch insects, feeding them selves.

Without donations from our magnificent Global Giving supporters, none of this would be possible!

If you know any one else you can share this story with please do, as they may also want to help Sydney Wildlife help our native animals.

Thank you so much.