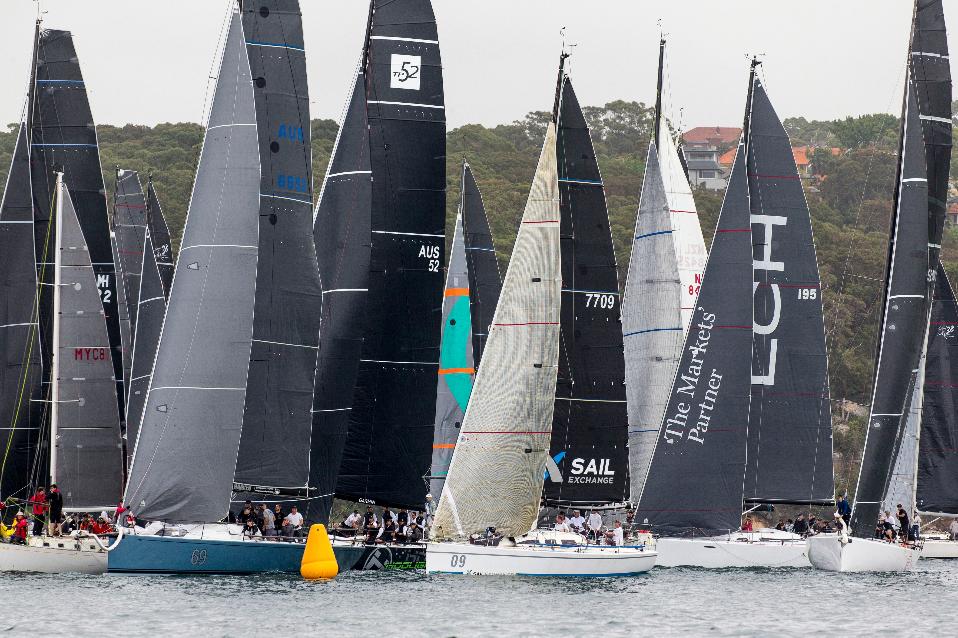 Jostling for position at the start - Andrea Francolini photo - SSORC 2019

Despite the rather melancholy weather, the competition was as stiff as ever in the 42nd running of the Sydney Short Ocean Racing Championship (SSORC), hosted by Middle Harbour Yacht Club (MHYC) over the weekend.

Gerry Hatton’s Bushranger crew came down from ‘The Alfreds’ on Pittwater and conquered in IRC Division 1. Hatton is away, so Michael Fountain was left in charge of the Mat 1245, and after finishing third in the passage race yesterday, pulled out all stops with 1-2-1 results to beat nearest rival, Bob Cox’s DK46, Nine Dragons by three points. Darryl Hodgkinson’s Carkeek 40, Victoire, was third on countback after winning the passage race.

“Bushranger has had a fantastic relationship with Nine Dragons. Bob Cox was pretty persistent that we should come and compete at the SSORC,” he said of the Middle Harbour Yacht Club yachtsman who won Division 1 of the regatta last year and is a regular on the podium.

“Bob loves the fact that there is hardly ever 30 seconds between us on the race track; you make one mistake and you’re gone,” he continued. “We enjoy racing against each other and enjoy each other’s company. There is good spirit between the two of us.”

Competitors at the SSORC were put through their paces in a very shifty and light 6 to 10 knots of breeze for yesterday’s passage race, followed by a soft 10-knot south-easterly on bumpy seas for the three windward/leeward races, Fountain admitting, “Bushranger loves the bump.”

Division 2 went to newcomer, Soozal, the King 40 skippered by Keiran Mulcahy who with his wife, recently imported the boat from California. He could not have been more pleased with the outcome of Soozal’s Australian offshore debut.

“We’re all a bit stunned,” Mulcahy confessed. “We went out there a little apprehensive, it being our first regatta. We’re thrilled. We didn’t know what to expect, or what was going to happen. It turned out to be a good exercise.”

Mulcahy, who next month takes on the 628 nautical mile 75th Sydney Hobart, said: “It turned out to be the right decision to bring the boat from California.  Twelve years old and it races like a rabbit. It’s proved itself over the last weekend.”

Speaking on Day 1’s soft breeze, Mulcahy said, “The boat was designed for 15-20 knot winds, so it was a surprise to win the opening passage race. Today was more designed for us weatherwise. Soozal is a quirky boat and a sistership to the Mat 1245. They share the same designer, Mark Mills, but the designs are slightly different.”

In the TP52 series, defending champion, Marcus Blackmore’s Hooligan, came good again to claim the trophy. A big supporter of sailing, Blackmore won all three races in a depleted fleet. David Pescud’s SWD Wot Eva took second place, her crew putting in the hard yards ahead of the Sydney Hobart.

The next major offshore event for MHYC is the Sydney Harbour Regatta to be held on the weekend of March 7 and 8 in 2020.  The 2020 SSORC will be held from 7-8 November, three weeks earlier than usual, as a lead-up to the Farr 40 World Championship being hosted in Sydney.

MHYC organisers thank the Race Committee: Principal Race Officer, Denis Thompson, Saturday Race Officer Steve Tucker, and their race teams. Thanks also to the Cruising Yacht Club of Australia for making its course boats available and Bob Cox for all his efforts to promote this event.

“We also thank all competitors and especially those making the effort to come down from Pittwater for the regatta,” MHYC Special Events Chairman, Ian Box said.

MHYC, which is celebrating its 80th anniversary this year, expresses its thanks to sponsors: Helly Hansen, Club Marine, Oatley Wines, Short Marine, Vittoria Coffee and Key Sun Zinke for their support.

All information, including full results: www.ssorc.mhyc.com.au 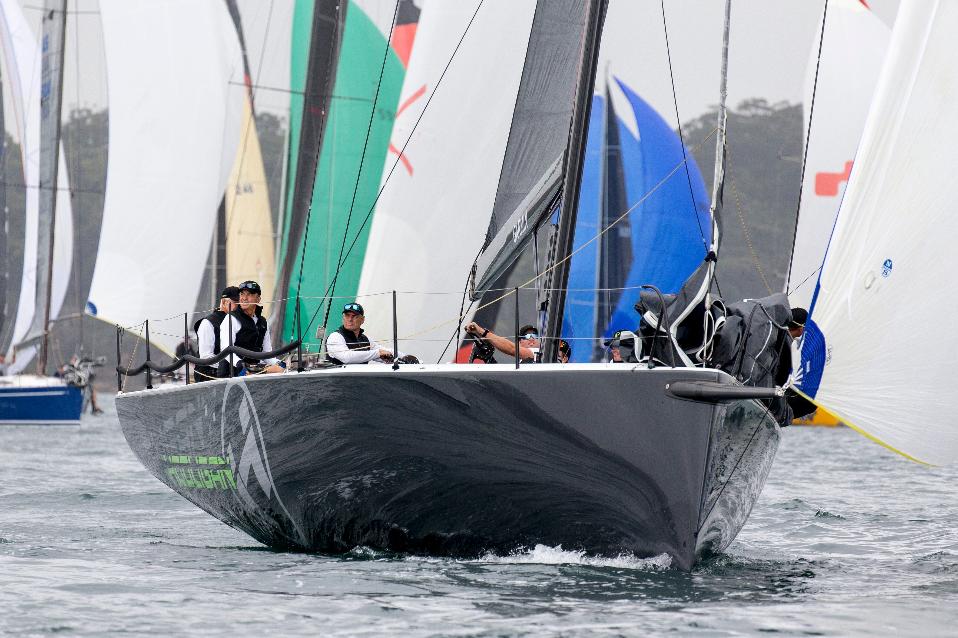 Marcus Blackmore and his Hooligans in the lead - Andrea Francolini photo