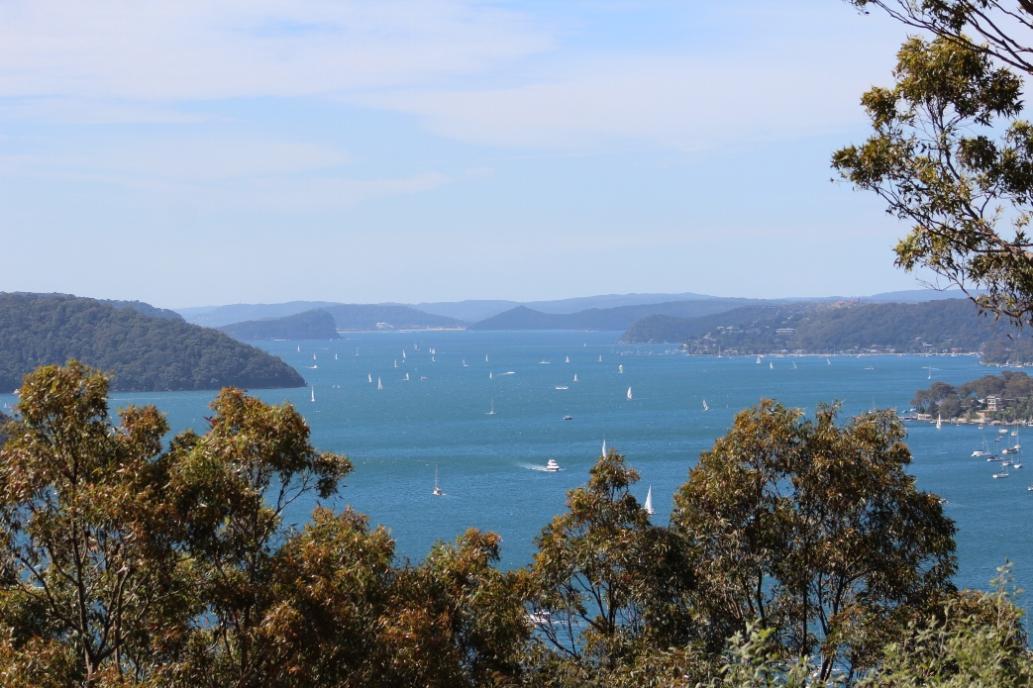 Beachwatch publishes the annual State of the Beaches report at the start of the summer swimming season in October each year.

The State of the Beaches 2015-16 report summarises Beachwatch activities over the previous year and includes a summary of water quality at a total of 248 swimming locations along the New South Wales coast which were monitored during 2015-16 under the Beachwatch programs.

Despite the wettest January in almost 30 years, 83 per cent of NSW’s swimming sites were graded as Good or Very Good in the annual State of the Beaches report, NSW Environment Minister Mark Speakman said today.

Of monitored ocean swimming sites, 97 per cent were graded as Good or Very Good.

“The report has delivered good news again for beachgoers across NSW, with our state’s beaches remaining some of the cleanest in world,” Mr Speakman said.

Mr Speakman said the results were again encouraging for the Newcastle, Illawarra and South Coast regions with all beaches graded Very Good or Good. Heavy rainfall and major storm events had impacted the results of a number of estuaries, lagoons and lake swimming sites.

“Heavy rainfall in November and December meant stormwater was a major cause of pollution to recreational waters,” Mr Speakman said.

“Wet conditions continued in January, which was the wettest for Sydney since 1988, with several severe thunderstorms causing heavy rain and localised flooding which resulted in stormwater and wastewater affecting many swimming sites.”

Sydney Water and the Hunter Water Corporation, in addition to affected local councils, will continue to work together to continue to improve the cleanliness of the state’s swimming sites, with initiatives including wastewater systems upgrades, upgrades of sewerage infrastructure and the installation of gross pollutant traps.

The 2015/2016 State of the Beaches Report (Sydney Region) can be found at  www.environment.nsw.gov.au/resources/beach/ar1516/state-of-beaches-annual-report-2016-sydney-region.pdf

Newport, Warriewood, Turimetta, North Narrabeen, Collaroy, Long Reef, North Curl Curl, Freshwater, Queenscliff, North Steyne, South Steyne and Shelly (Manly) beaches were graded as Good. Water quality was suitable for swimming during dry weather conditions, but swimming should be avoided during and for up to one day following heavy rainfall.

Great Mackerel Beach, Elvina Bay and The Basin in Pittwater were graded as Very Good. These sites had excellent water quality and were suitable for swimming almost all of the time. Elvina Bay was upgraded to Very Good from a Good grade in 2014–2015.

Five of the 10 estuarine beaches in Pittwater were graded as Good: Paradise Beach Baths, Clareville Beach, Taylors Point Baths, North Scotland Island and South Scotland Island. The water quality at these locations was generally of a high standard, although elevated levels of enterococci were recorded at most locations following rainfall.

Bayview Baths was graded as Poor, as it was in the previous year. While the baths generally had good water quality during dry weather, elevated enterococci levels were regularly measured following low levels of rainfall. Despite the Poor grade, water quality showed some improvement with bacteria levels in 85% of all samples collected during 2015–2016 within the safe swimming limit, compared to 67% in the previous year.

Barrenjoey Beach was graded as Poor, downgraded from Good in 2014–2015. The site occasionally had slightly elevated levels of enterococci with little or no rainfall. Water quality has deteriorated since November 2014 when the sampling point was moved closer to the shoreline because access by boat was restricted due to shallow water and seagrass beds. Major works on sewerage infrastructure is being carried out in the area with NSW National Parks and Wildlife Service decommissioning septic tanks at the lighthouse and fishermen’s cottages at the northern end of the beach and connecting their facilities to the reticulated sewerage system. It is expected water quality will improve once these upgrades are completed. Despite the Poor grade, only slightly elevated results were recorded at Barrenjoey Beach during 2015–2016 with all enterococci results below 200cfu/100ml and 73% of all samples within the safe swimming limit.

As a precaution, swimming should be avoided at Pittwater swimming sites during and for up to two days following heavy rainfall or if there are signs of stormwater pollution such as discoloured water or floating debris.

The swimming location at the entrance to Narrabeen Lagoon (Birdwood Park) was graded as Poor, downgraded from Good in 2014–2015. Discharge from Narrabeen Lagoon is a significant source of faecal contamination. Microbial water quality at this site is dependent on wet weather events and whether the lagoon entrance is open to the ocean. When the entrance is open, the site is well flushed by clean ocean water and water quality is often of a high standard. During 2015–2016 the entrance of the lagoon was closed for extended periods which reduced the level of flushing and impacted water quality at this site. A large entrance clearance project is planned for August 2016 and it is expected that water quality will improve once it is completed. It is recommended that swimming be avoided during and following rainfall and when the lagoon entrance is closed.

Bilarong Reserve in Narrabeen Lagoon was added to the program in 2014 and continues to be graded as Poor. The water quality at this site was susceptible to pollution, particularly after rainfall and occasionally during dry weather conditions. Elevated levels of enterococci were recorded in 33% of samples during 2015–2016 with a significant source of faecal contamination from stormwater runoff to the lagoon. This swimming site is located away from the lagoon entrance so is not well flushed by clean ocean water. Swimming at this site should be avoided during and for up to three days following rainfall or if there are signs of stormwater pollution such as discoloured water or floating debris.

NSW National Parks and Wildlife Service has decommissioned septic tanks at the lighthouse and fishermen’s cottages at the northern end of Barrenjoey Beach and is connecting their facilities to the reticulated sewerage system. Works will be completed in July 2016.

Manly Council and Sydney Water have collaborated to do intense dry weather monitoring of stormwater drains to identify sewer leaks across the Manly area. Leaks from public sewers are repaired by Sydney Water and leaks from private sewers are addressed by the council.

In 2015, Manly Council significantly increased its cleanouts of stormwater quality improvement devices. Council removed 271.4 tonnes of sediment, litter and debris from stormwater quality improvement devices during 2015–2016. In addition, construction was completed of the Burnt Bridge Creek Sediment Pollution Basin at Manly West Park. The basin has the capacity to capture about 600 tonnes of sediment and attached pollution, such as heavy metals and nutrients. The construction allows for the polluted material to be cost-effectively removed, before it can enter Manly Lagoon. Other projects include the construction of a rain-garden for water treatment and community educational purposes at the council’s Roundhouse Childcare Centre.

Warringah Council installed a number of gross pollutant traps and water quality devices, including a bioswale adjacent to Dee Why Lagoon. On average, 1000 tonnes of sediment and 17 cubic metres of floating debris are removed from these devices each year. Warringah Council examined gross pollutant trap efficiencies and made improvements to maintenance regimes to ensure their effectiveness.

Warringah Council opened the entrance to Narrabeen Lagoon when water levels were at least one metre above mean sea level and there was significant rainfall occurring or forecast. The lagoon cannot be opened while water levels are low because the flow in from the ocean on high tide overcomes the outflow from the lagoon and closes it again. Even after a successful breakout, the lagoon can close up again quite quickly, particularly if there is still a lot of sand in the entrance (and depending on ocean and rainfall conditions). In November 2015, Council manually opened the lagoon at the approved water level in accordance with Council’s procedures and the State Government license. Due to wave swell, rain conditions and the amount of sand in the area, the entrance naturally re-closed. The entrance was manually reopened again in January and March 2016.

Warringah and Pittwater councils together with the State Government plan to do a large entrance clearance project in winter 2016 and will remove approximately 45,000 cubic metres of sand from the entrance of Narrabeen Lagoon. This is done about every four years and the sand is trucked down to Collaroy and Narrabeen beaches to address erosion and improve amenity. 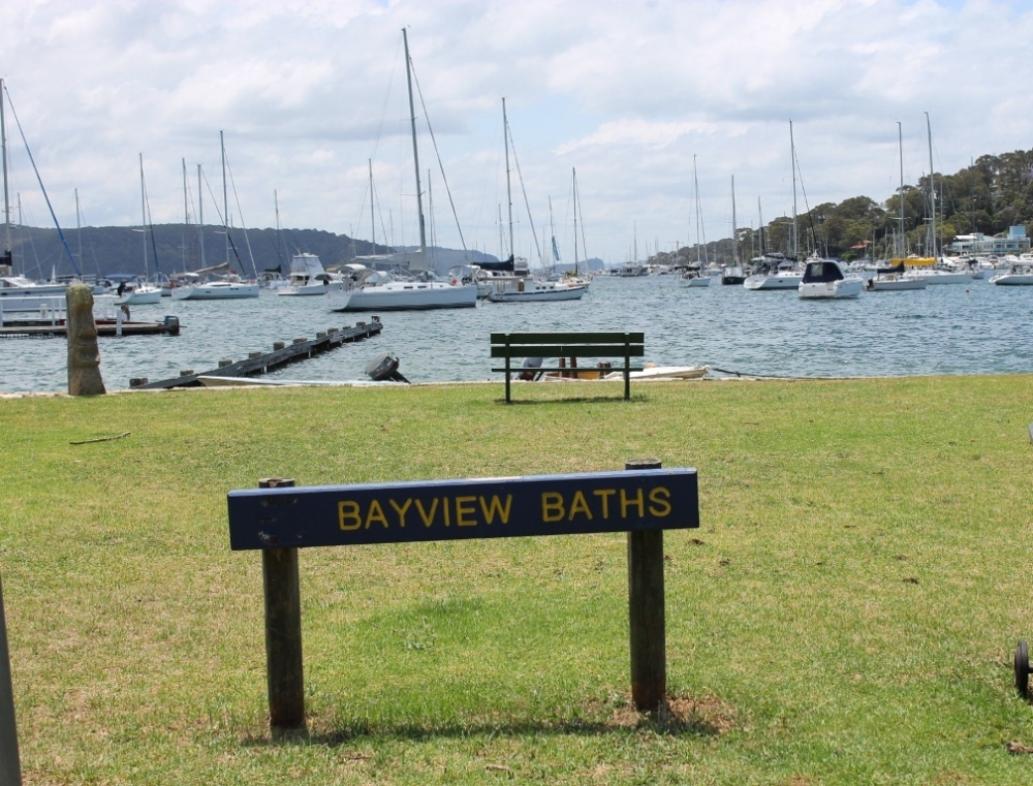