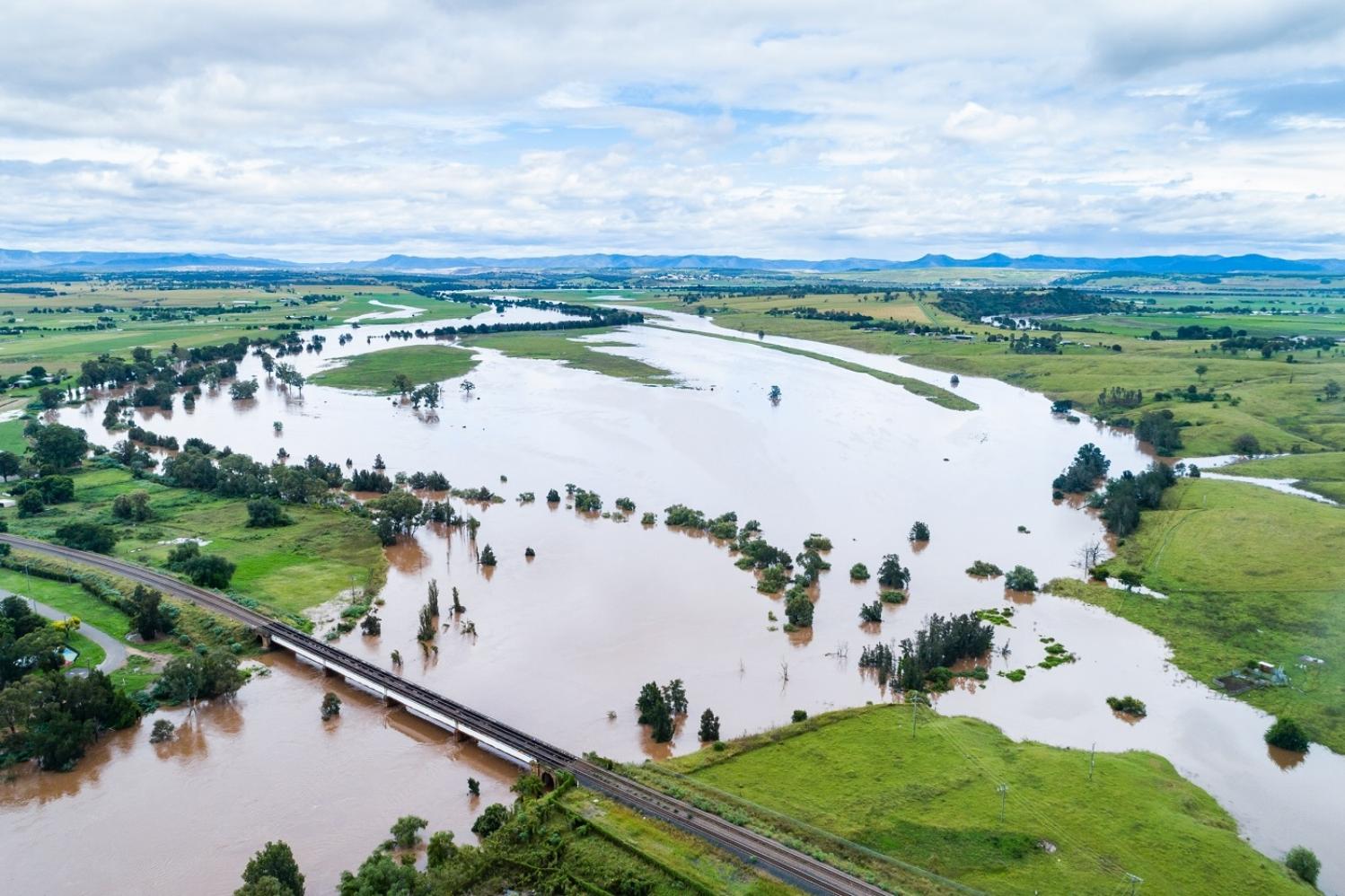 The State of the Climate 2022 report, released Wednesday November 23rd by CSIRO and the Bureau of Meteorology, has found changes to weather and climate extremes are happening at an increased pace across Australia.

The Director of CSIRO’s Climate Science Centre, Dr Jaci Brown, said concentrations of greenhouse gases, such as carbon dioxide, are at the highest levels seen on Earth in at least two million years.

“The concentrations of greenhouse gases in the atmosphere are continuing to rise, and this is causing Australia’s climate to warm,” Dr Brown said.

Dr Brown said the report documents the continuing acidification of the oceans around Australia, which have also warmed by more than one degree since 1900.

“The warming of our oceans is contributing to longer and more frequent marine heatwaves, and this trend is expected to continue into the future,” Dr Brown said.

“The rate of sea level rise varies around Australia’s coastlines, but the north and south-east have experienced the most significant increases.”

“Australia's climate has warmed on average by 1.47 degrees since 1910,” Dr Braganza said.

“We’ve seen contrasting rainfall trends across the north and the south of the country.

“There’s been an overall decline in rainfall between April and October across southern Australia in recent decades, but in northern Australia, rainfall has increased across the region since the 1970s.”

During La Niña events in 2021-22, eastern Australia experienced one its most significant flood periods ever observed.

Dr Braganza said the length of fire seasons has increased across the country in recent decades.

“We’re expecting to see longer fire seasons in the future for the south and east, and an increase in the number of dangerous fire weather days,” he said.

State of the Climate 2022 is the seventh report in a series published biennially by the Bureau of Meteorology and CSIRO, which together play an integral role in monitoring, measuring and reporting on weather and climate.

The State of the Climate 2022 report can be found on the CSIRO and Bureau of Meteorology websites.

“Historically the sector has shown its ability to adapt to changes in climate, but we have an important role to play at CSIRO to help our farmers to build on that, navigating the growing climate risks to ensure long-term viability of rural enterprises and communities.

“We’re doing that through initiatives such as our Drought Resilience Mission and looking at sustainable integrated solutions for agriculture and land use, a great example of which is the Climate Services for Agriculture project, providing historical weather and climate projections on a 5 km grid, to allow farmers to see how climate is changing in ways relevant to what they produce.”

The project, a collaboration between CSIRO and the Bureau of Meteorology funded by the Australian Government’s Future Drought Fund, will help inform farmers where adaptations will be needed.

“Our energy sector is evolving to enable Australia’s transition to a net zero emissions energy future.

CSIRO’s research is taking an innovative approach to the whole of energy transition to provide pathways towards net zero. We are conducting analysis and modelling to support decarbonisation by identifying and enabling new opportunities for the responsible development of Australia’s vast energy resources.

CSIRO’s low emission technologies coupled with storage and resilient infrastructure can help deliver energy that meets our sustainability goals, while at the same time deliver the jobs required to boost our economy.”

“The clear signal of climate change in the State of the Climate Report shows the urgency of lowering emissions.

“To do this, we need a combination of existing and new technologies, as well as the means to rapidly embed them into practice.

“We’re facing significant challenges to support and coordinate the shifts across infrastructure, regulation, skills, technology, finance and investment that is needed for the transition to a low emission economy.

“Our role at the CSIRO Towards Net Zero Mission is to bring together research, industry, government and the community to build feasible pathways to address these challenge that address this pressing challenge while at the same time help address other important challenges across regional economies and the environment.” 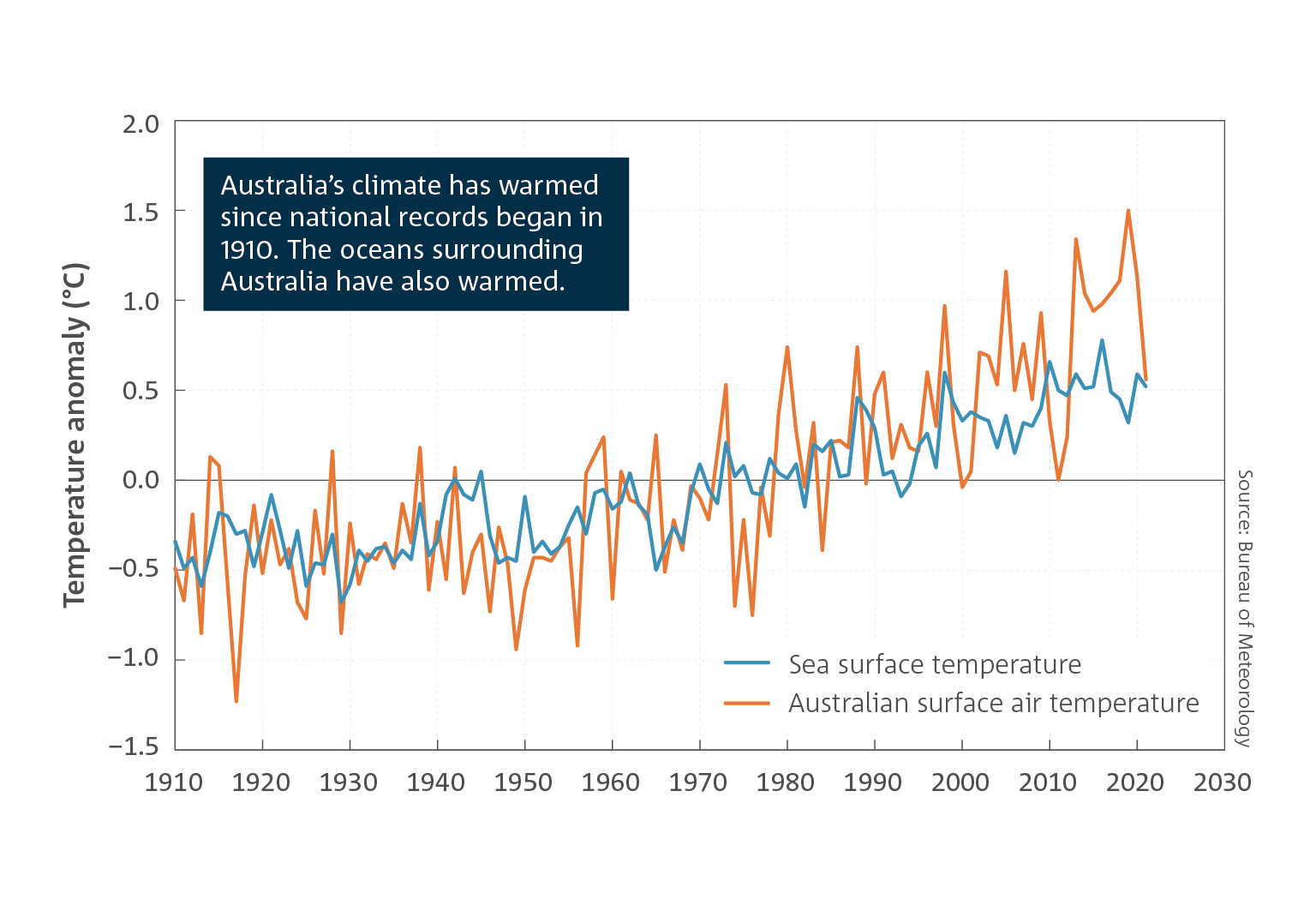 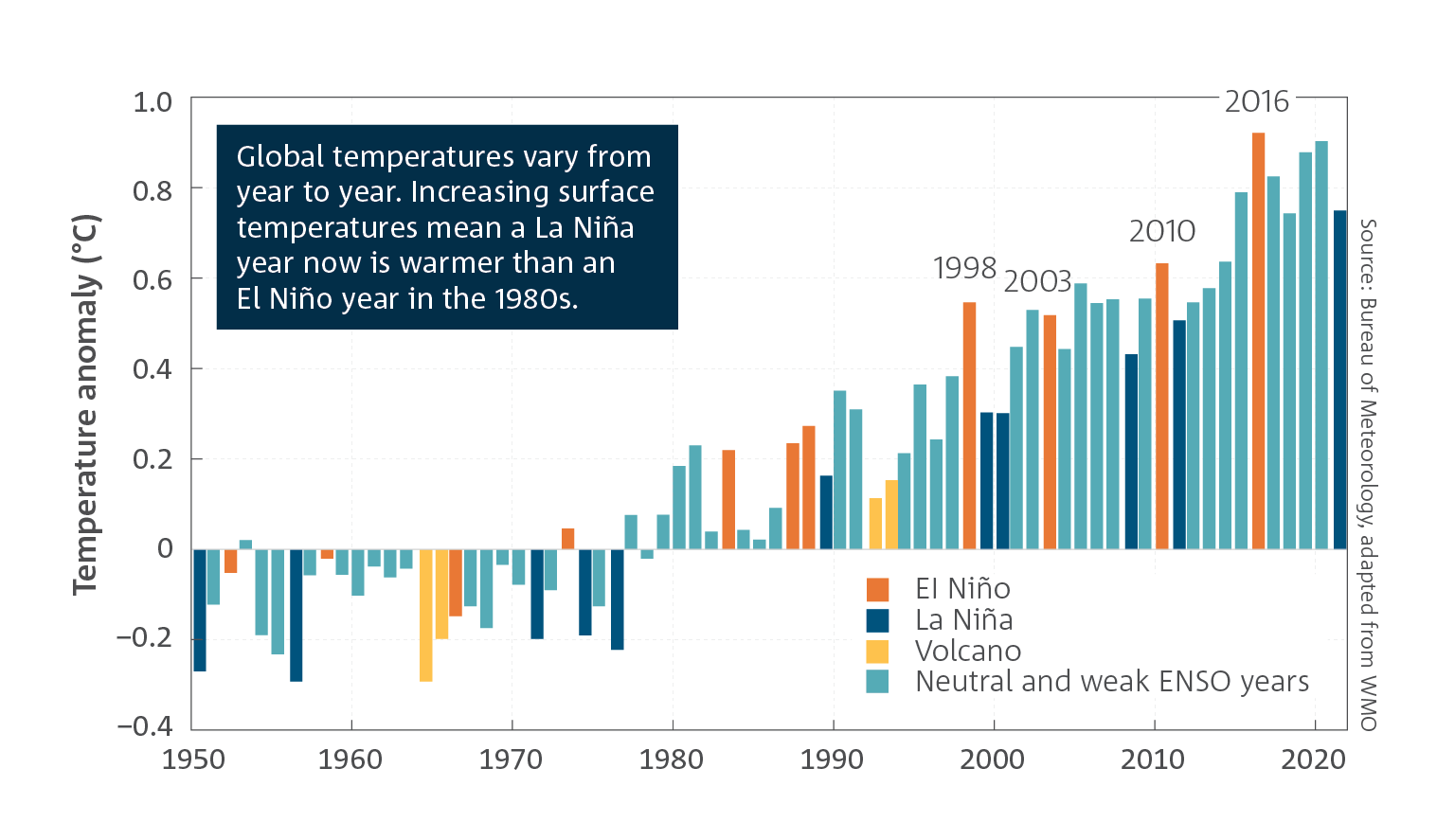 Annual global surface temperature anomalies of the Earth (land and ocean), 1950–2021. Anomalies are with respect to the 1961–90 standard averaging period. Major tropical volcanic eruptions are associated with cooler global temperatures. Strong El Niño–Southern Oscillation (ENSO) years see a response in annual global temperatures, such that the year following the start year of an ENSO event is typically warmer than usual with an El Niño, and cooler with a La Niña. This is seen in 2016—the warmest year in this dataset—following the start year of the 2015–16 El Niño. Neutral years are those with no moderate or strong El Niño or La Niña events. Based on data from the World Meteorological Organisation.

In the coming decades, Australia will experience ongoing changes to its weather and climate. Australia is projected to experience: 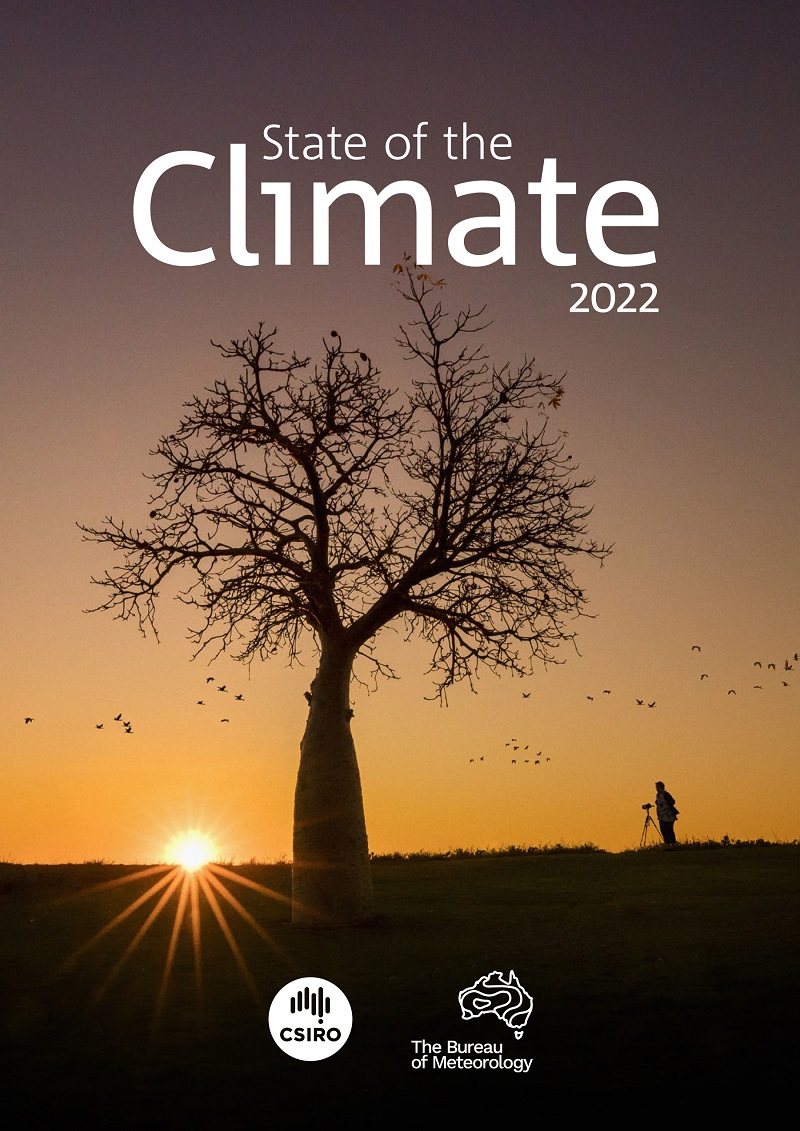