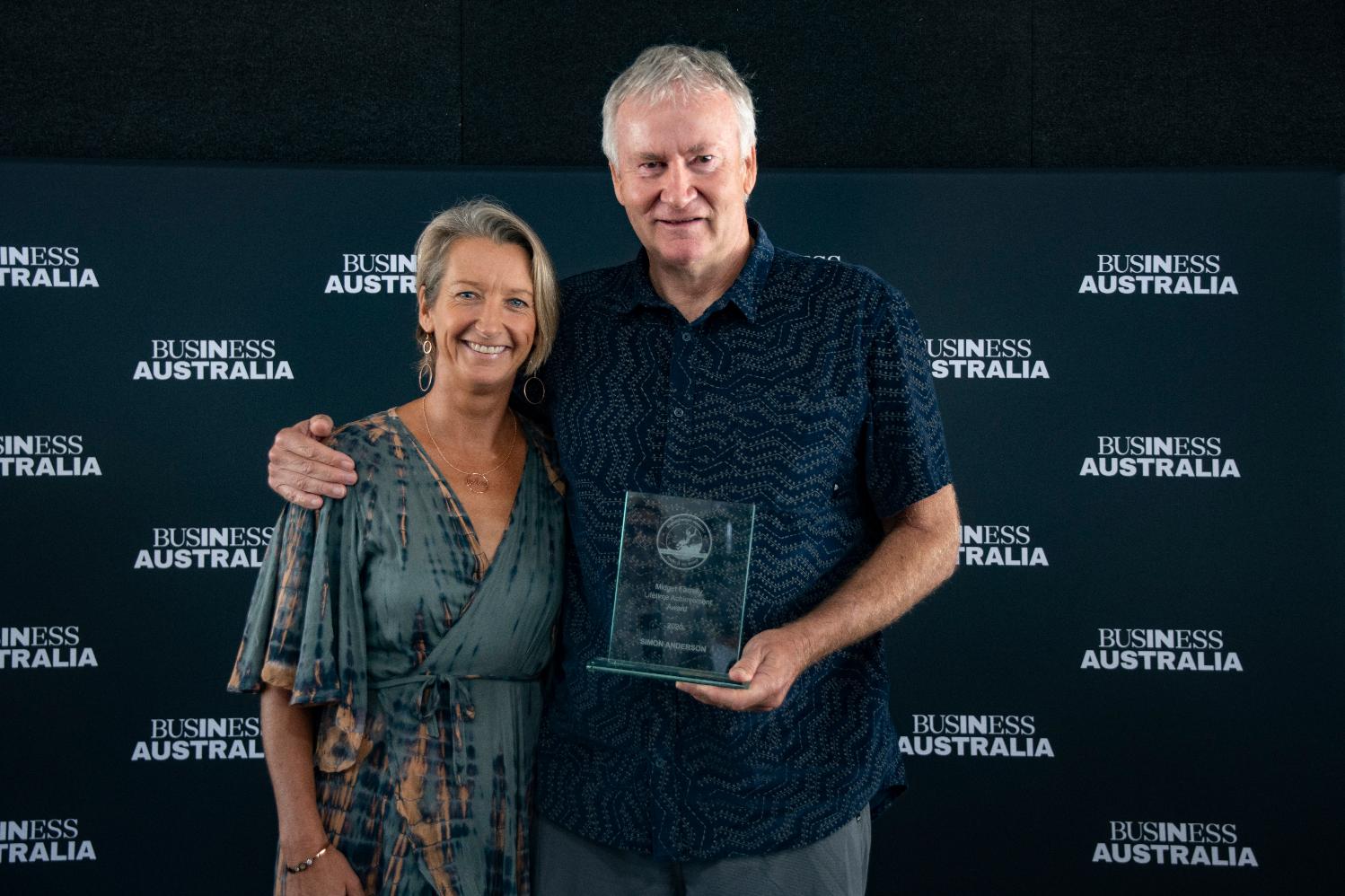 Simon Anderson, the Sydney surfer and shaper who invented the three fin Thruster surfboard design almost 40 years ago, was lauded on Wednesday, March 11 2020 for making the single most significant evolution of the surfboard since wooden boards were replaced by foam and fibreglass.

Anderson’s design still dominates boards ridden by today’s champion surfers and his innovation was recognised when he was today presented with the 2020 Midget Farrelly Lifetime Achievement Award by seven-time world champion Layne Beachley at a Business Leaders’ Breakfast jointly hosted by Business Australia, Surfing NSW and the World Surf League at the Sydney Surf Pro Challenger Series at Manly.

“Simon is regarded as the foremost surfer and surfboard shaper of his generation and beyond,” said Harry Hodge, Deputy Chairman of Surfing NSW which, along with the late Midget Farrelly’s family, is the custodian of the award.

Anderson, from Narrabeen on Sydney’s Northern Beaches, said the award meant a lot to him.

“I’ve been in the industry for 50 years - I’ve been a pro surfer and a board maker and its nice to be recognised for your contribution to surfing.”

Almost 100 high profile business leaders gathered at the CEO Club, part of the 2020 Sydney Surf Pro Challenger Series being staged at Manly Beach, to see the presentation of the Award and to learn more about the business opportunities and potential associated with the surfing industry and lifestyle.

“It’s only March and Surfing NSW is already deep into our annual road trip of some 40 events and a dozen programs designed to leverage the surf lifestyle in a way which benefits the health and wellbeing of the whole community and our marine environment,” said Mr. O’Neill.

“The business leaders here today recognise the many opportunities around surfing.

“Simon Anderson’s invention of the three fin thruster revolutionised surfing and changed the surfboard industry – it had a huge impact on surfboard design and production – it’s just one example of the evolution of surfing and the many opportunities around out sport.”

An industry panel at the business breakfast also discussed the exciting opportunities ahead for surfing, including the sport’s inaugural appearance at the Olympic Games, the rise of artificial wave technology and the future potential of retailing. 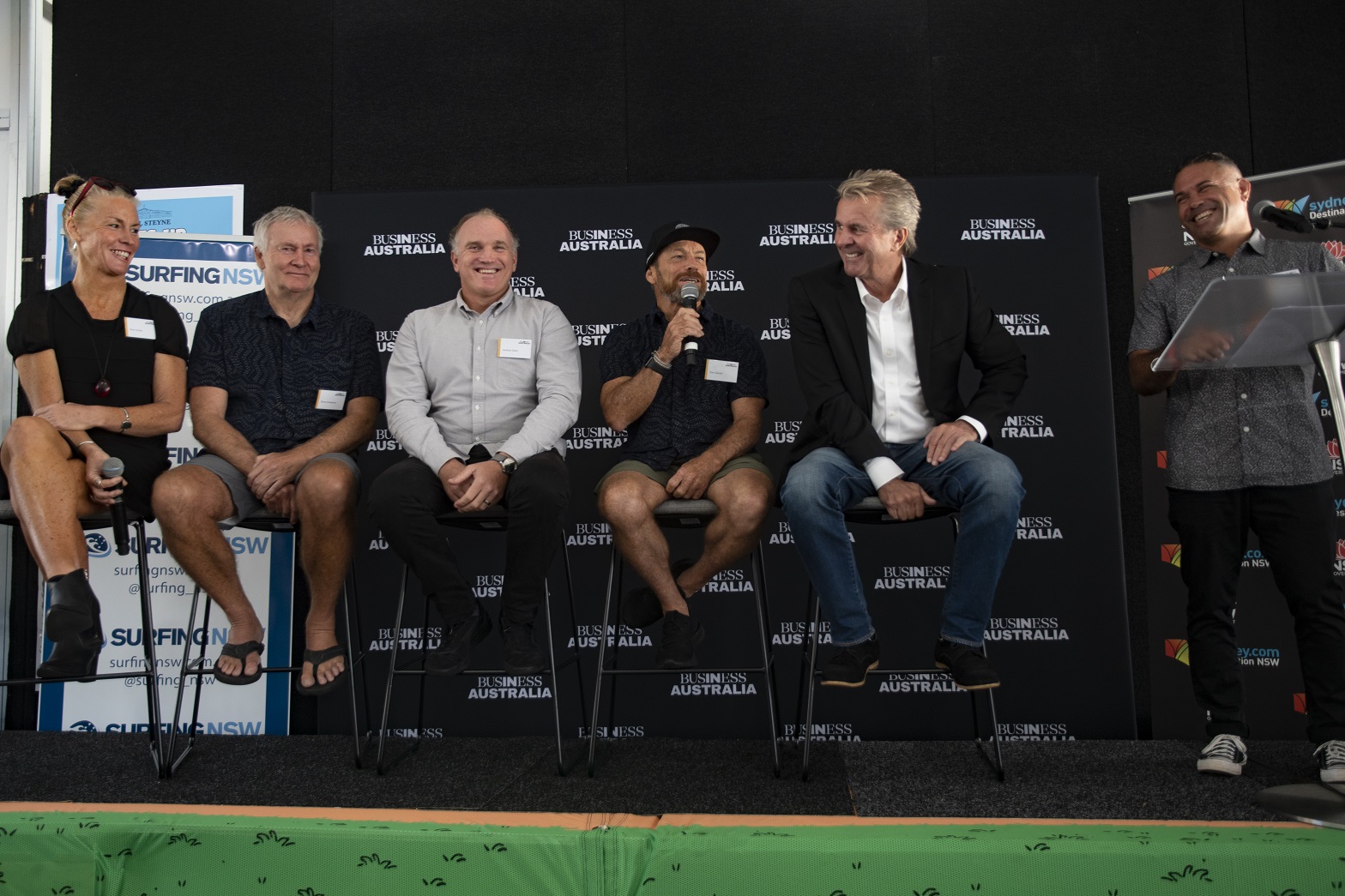 Kim Crane noted the emerging importance of developing artificial wave technology to elite surf athlete training and preparation, especially in the lead up to the Tokyo 2020 Olympic Games.

“One of the things presenting a really big point of difference at the moment is this thing called wave technology – it’s a game changer for our sport,” said Ms Crane.

“We like to position ourselves as innovative and changemakers as a sport and, from my perspective that only leads to opportunity.

“From a performance point of view, and preparation specifically, in a daily performance environment wave pool technology has its place for us.

“We’re certainly taking it very seriously to be able to provide our athletes the opportunities to train in wave pool technology, test equipment, work on skill acquisition, ensure we have a whole range of services like strength and conditioning, psychology, injury and recovery management all supported in these daily performance environments around wave technology.

“We’re getting a lot of good data at the moment about how skill acquisition can be fast-tracked.” 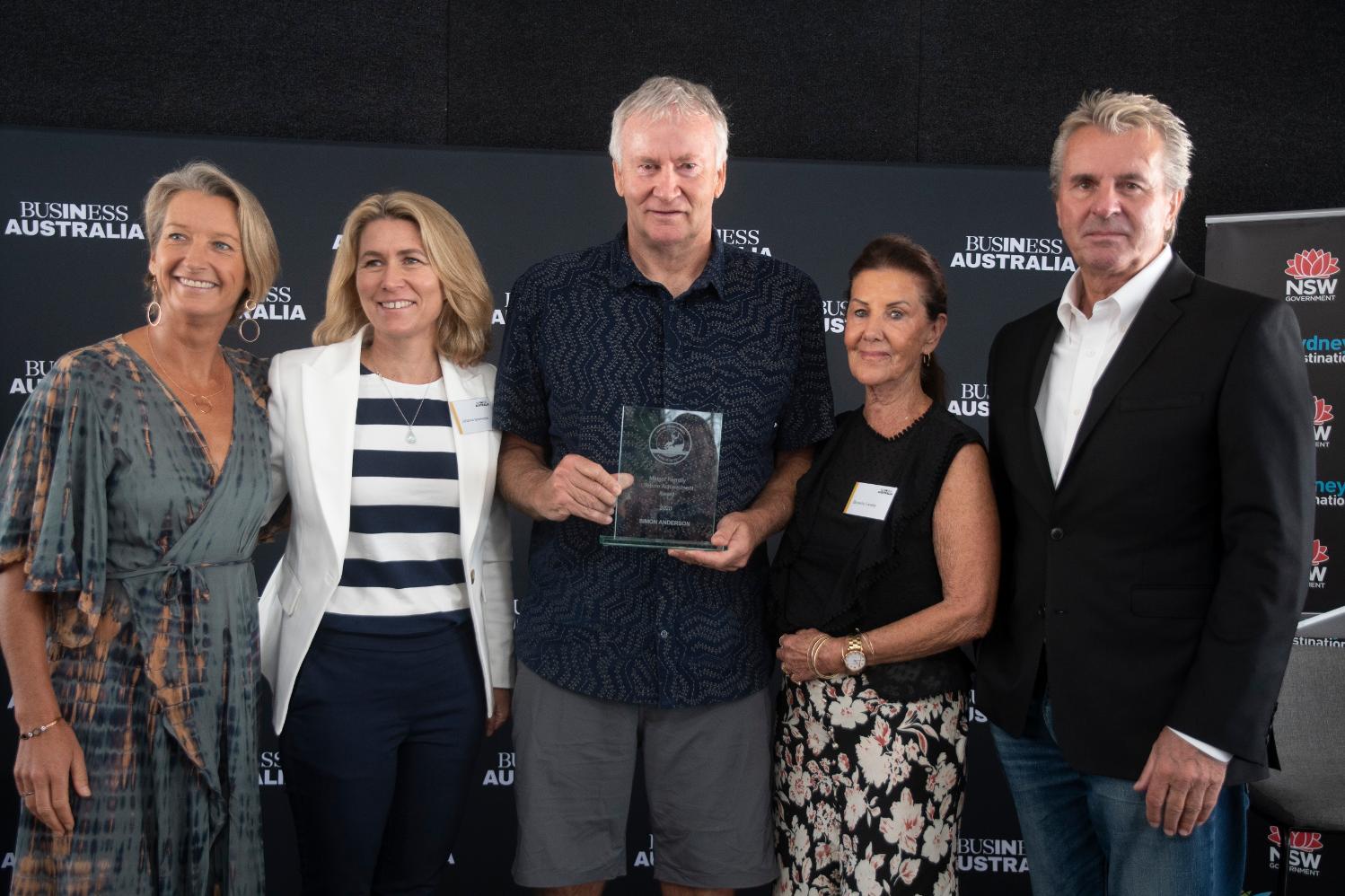