Silence must break to stop another genocide

By Michael Kolokossian, Executive Director of the Armenian National Committee of Australia 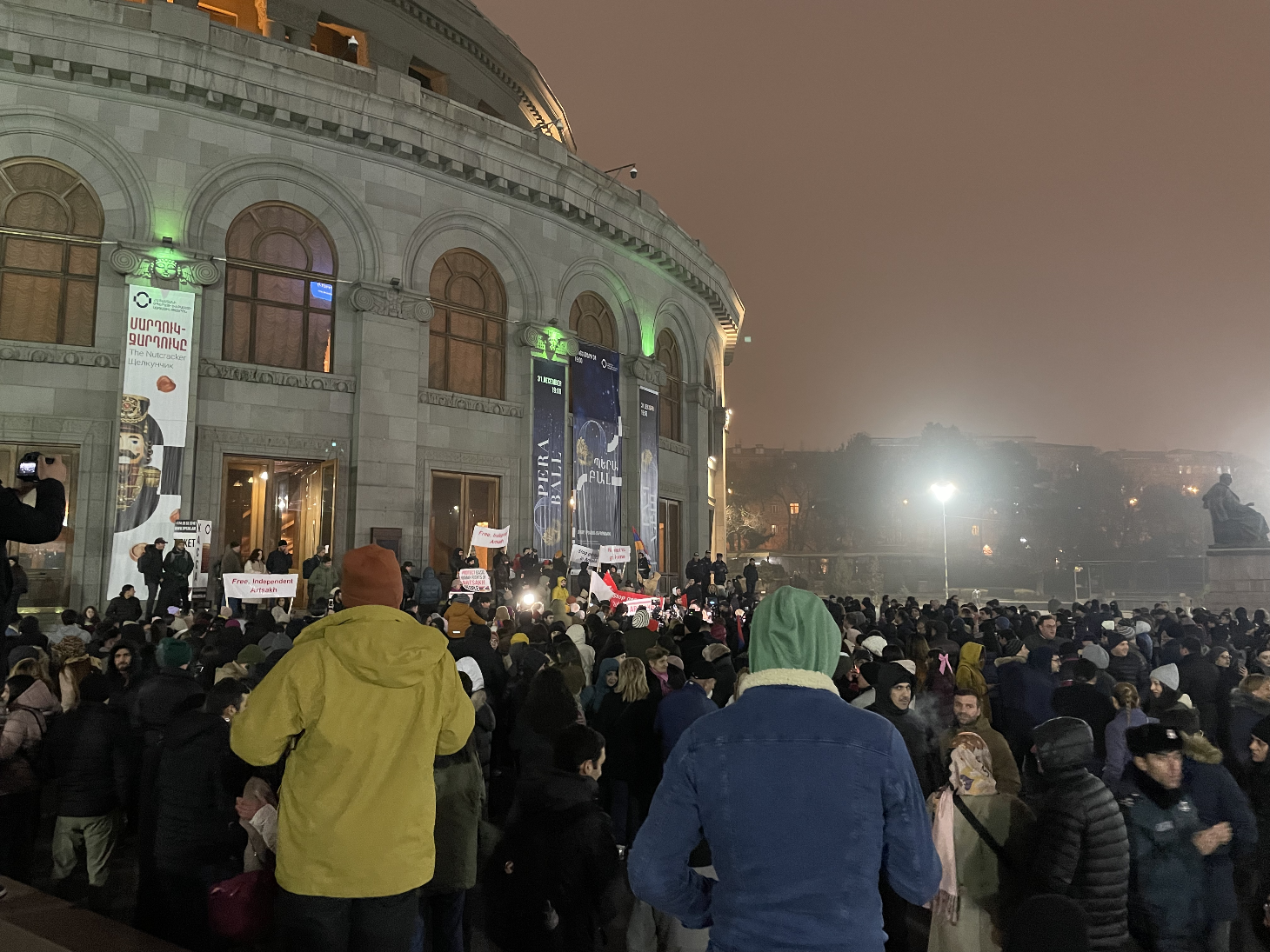 Demonstration in Yerevan demanding the opening of the Lachin corridor on 20 December 2022. Photo: Namastucci

Sydney’s Northern Beaches is home to a vibrant Armenian-Australian community, who mark Armenian Christmas each 6th of January per the Orthodox tradition. However, this year, celebrations were tempered by a developing humanitarian crisis impacting their kin in the country of their origin.

The local Armenian-Australian community, made up of descendants of the survivors of the 1915 Armenian Genocide which saw over 1.5 million Christian Armenians systematically murdered at the hands of the Ottoman Empire, are feeling helpless and heartbroken with a crippling fear that history is repeating itself.

Since 12 December 2022, the Berdzor (Lachin) Corridor, a road connecting the Armenian mainland with the unrecognised Armenian Republic of Artsakh (Nagorno Karabakh), has remained blockaded by the petro-dictatorship of Azerbaijan. Armenians are witnessing a regime inspired by the genocidal deeds of their Turkish brethren 108 years ago, effectively cut the road that represents the only lifeline for the Armenians of Artsakh.

Possible solutions that would remedy Artsakh's reliance on the corridor, such as humanitarian aid flights, are hindered by the hostile Azerbaijani regime of dictator Ilham Aliyev, who has previously threatened to shoot down civilian flights into the Armenian-populated region.

With the closure of the Berdzor Corridor, 120,000 Christian Armenians in Artsakh are facing food and medical supply shortages, disrupting families from enjoying their traditional holiday feasts. Despite these shortages and other insecurities, the Armenians of Artsakh remain resilient, with their leaders vowing to remain in their sacred homeland despite the overt attempt of the Azerbaijani Government to ethnically cleanse them from their millennia-long homes.

The Northern Beaches Armenian-Australian community has also spent the Christmas period advocating in support of the people of Artsakh, led by the Armenian National Committee of Australia, the community’s peak public affairs body.

As a result of the community’s advocacy efforts, Federal Member for Mackellar, Dr Sophie Scamps, took to Twitter with the following message of solidarity: “I condemn the blockade of Artsakh in Armenia, which has left 120,000 people under siege and could create a humanitarian crisis. I call on the Azerbaijani government to end its blockade of the region and allow much-needed food, medicines and supplies into the region #ArtsakhBlockade.”

The State Member for Davidson, Jonathan O’Dea, who is the Chair of the NSW Armenia-Australia Parliamentary Friendship Group, also wrote directly to Foreign Minister, Senator Penny Wong, calling on the Federal Government to publicly condemn Azerbaijan. Northern Beaches Councillor Kristyn Glanville echoed similar sentiments in support of the local Armenian-Australian community, sharing a tweet by The Australian Greens’ Spokesperson on Foreign Affairs, Senator Jordan Steel John, which said: “The @Greens call on Azerbaijan to urgently reopen the corridor to ensure free movement and security, and most importantly, to prevent this crisis escalating. “

As Executive Director of the Armenian National Committee of Australia, I express our community’s deep concern at the Australian Government's silence on this issue, having not responded to two appeals.

Our community is disenchanted by the Australian Government’s failure to acknowledge what is the latest in fragrant attempts by Azerbaijan to ethnically cleanse Armenians from their ancestral homeland with genocidal intent.

If this crisis is enough for acknowledgement by the United States, Canada, the European Union and others, we demand to know why Australia feels its place is one of silence when Canberra has been forthcoming to join the same allies in condemnations and actions against other perpetrators of war crimes and human rights violations.

Members of the Northern Beaches Armenian-Australian community plan to participate in a protest organised by Armenian-Australian youth groups on Thursday, 19th January 2023, outside the Sydney office of the Department of Foreign Affairs and Trade, calling on Foreign Minister Wong and Prime Minister Anthony Albanese to end their Government’s silence.

Silence is what allowed the Armenian Genocide to take place 108 years ago. Silence inspired Hitler, who famously said, “Who, after all remembers the Armenians”, to commit the Jewish Holocaust 80 years ago. We cannot allow silence to lead this attempt at ethnic cleansing to result in yet another genocide of Armenians.