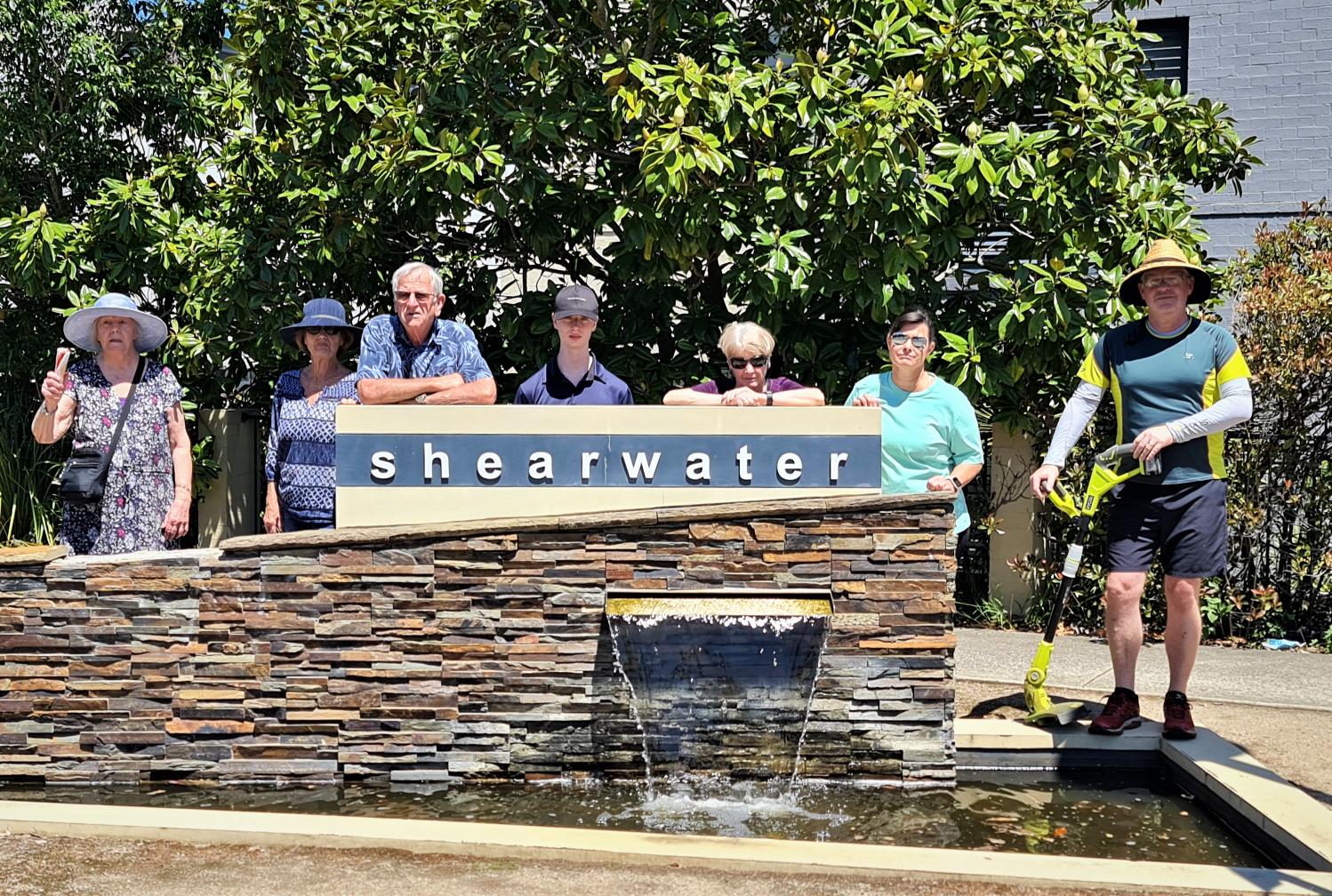 Shearwater Warriewood residents are currently paying two lots of fees for the same thing but only receiving it once - one as part of being in an estate with a Community Title and atop that they also pay full Council rates. Such arrangements have grown across Sydney where owners of homes in estates such as these find they are paying twice for the same thing and only receiving it once.

Those outside of these estates pay Council rates and see their verges and park areas mown or have council staff or contractors coming to collect fallen branches after storm events.

Those within these estates are paying the estate to have the grass verges mown, and paying to have the branches taken away - and then they pay the Council for the same - but don't get those same services.

The main issue arising from this is the definite sense of unfairness (and discrimination some state) of home owners of one estate (Shearwater Estate) paying different rates, and getting different services to the home owners of an adjoining estate (Fernbrook Sanctuary Estate).

Fernbrook Sanctuary was one of the first big developments of Warriewood Valley about 25 years ago. They are freehold title, and pay one set of rates, and get all the services required from Council.  There are about 155 homes in the estate.

In contrast, Shearwater Estate was developed about 20 years ago.  The residents own their homes and land as freehold title, but the rest of the estate is Community Title run by an Executive Committee. Because the estate is large, and the executive committee members are home owners and unpaid volunteers, the residents have hired a Body Corporate company to run the body corporate administration. They now pay full Council rates, and only get garbage collection for the same amount rates paid by Fernbrook Sanctuary.

''This is very unfair.'' the Shearwater Estate residents have said

Additionally, the residents have to pay Body Corporate fees (amounting currently to about the same as our current Council Rates), plus additional Special Levies to cover repairs, maintenance, replacement etc. of the following:

''From our perspective, the contrast is immense and very unfair. We believe one of the main reasons a lot of people left the estate was due to this extra social and cost burden.'' the residents have told Pittwater Online News

In December 2020 the State Government's consultation guide to local rating reform, ''Towards a fairer rating system' noted the Local Government Act 1993 prevented councils from applying different residential rates on properties within a single 'centre of population'.

Currently, the Act prevents councils from applying different residential rates on properties within a single ‘centre of population.’ This is difficult to apply in practice and has effectively prevented councils in urban areas, like Greater Sydney, from setting different rates in different locations across their local government area, as occurs in regional and rural NSW.

Given this, IPART recommended councils be able to set different residential rates in contiguous urban areas, but only where there is on average, different access to, demand for, or cost of, providing services and infrastructure. It proposed that councils use geographic markers to define these areas, including postcodes, suburbs, geographic features (e.g. waterways, bushland) and/or major infrastructure (e.g. arterial roads, railway lines).

The Government believes that councils should be able to explore different options to distribute the rating burden more equitably, in consultation with their communities, and supports enabling greater use of differential rating in urban areas. It supported these recommendations ‘in principle’.

The Local Government Amendment Bill 2021 was passed by the NSW Parliament on May 13th 2021 and assented to on May 24th, 2021. These reforms commenced with and when the assent occurred.

On October 15th 2021 a regulation was published to specify a factor to limit the highest ordinary rate that may apply where separate rates are set within a contiguous urban area.

A newer document, 'Local Government Amendment Act 2021 - Guidance on local government rating reforms, April 2022' states 'Four rating reforms took effect immediately on 24 May 2021 and provide options that may already be taken up by councils' one of which was

3. Urban residential rating subcategories – allowing all councils to set separate rates for different residential areas within a contiguous urban area, in certain circumstances, whether or not they have different ‘centres of population’

However, this document further states that:

For the purpose of setting different rating subcategories for residential land, ‘contiguous urban area’ has not yet been defined by any regulation or Ministerial Guideline. This may however capture a portion of an area that is urban in nature and comprises residential land where the properties within that area, taken together, are not entirely separated by land that falls within other rating categories.

Councils are required to use geographic names published by the Geographical Names Board to objectively define different residential areas to which to apply different residential rates, rather than being enabled to simply draw ‘lines on a map’. While an alternative option may be prescribed by regulation, no regulation has been made to date.

• Be satisfied on reasonable grounds that it is necessary to identify residential areas because of significant differences between the areas in relation to access to or demand for, or the cost of, providing services or infrastructure – see section 529(2A) of the LG Act.

• Publish the reasons for doing so on its website as soon as practicable after making the rates, and set out the reasons in councils Statement of Revenue Policy in its operational plan for the year concerned – see section 530(7)(a) and 530(7)(b).

How this translates in Warriewood, or any of the thousands of other similar schemes across Sydney is that they are paying a lot more for a lot less - on one side of the road in Warriewood residents are paying around $4,600.00 to get their grass verges kept trim and their weeds pulled or their rubbish collected while those on the other side of the street only have to pay $2300.00 a year.

For those on one side of the street, when storms come and bring down trees, they must pay to have them taken away - while those on the other side have this service provided by the Council at no cost, apart from their rates.

However, if the WHOLE of Warriewood was 'paying double' and getting just half or less of what they're paying for, then the 'separate rates' system could be applied.

So, although it is absolutely clear that Shearwater residents are most definitely  those who have 'significant differences between the areas in relation to access to or demand for, or the cost of, providing services or infrastructure' the Council is still collecting full rates from them.

The Shearwater Estate residents have spoken to and written, officially, to the Council. The Council, in reply, has pointed out that under these terms, and wording, the Council is unable to levy a different rate on these properties.

As these systems have been in place for at least 20 years in thousands of places across Sydney - which must have shown up in the State Government's inquires, consultations and discussion documents, long before the Local Government Amendment Bill 2021 was introduced, debated, specified upon, amended, passed by both houses of the NSW Parliament and then assented to - you have to wonder why this obvious form of unfairness and discrimination has not, as yet, been addressed.

The progress towards a 'Fairer Rating System' has failed those living in these estates - they continue to pay twice as much for much much less - there are thousands of people across Sydney being double charged in this way.

Residents of Shearwater Estate have advised Pittwater Online News that they will be speaking to their local State MP, The Hon. Rob Stokes.

Shearwater Estate ponds aeration and maintenance is paid for by their residents - a contrast to those in nearby/adjacent Warriewood wetlands, which they and other residents across the LGA are also paying for but seeing deteriorate with weed infestations

What this will mean for your council

Key points about rating changes for all NSW councils

Key points about other changes

Where to go for further information 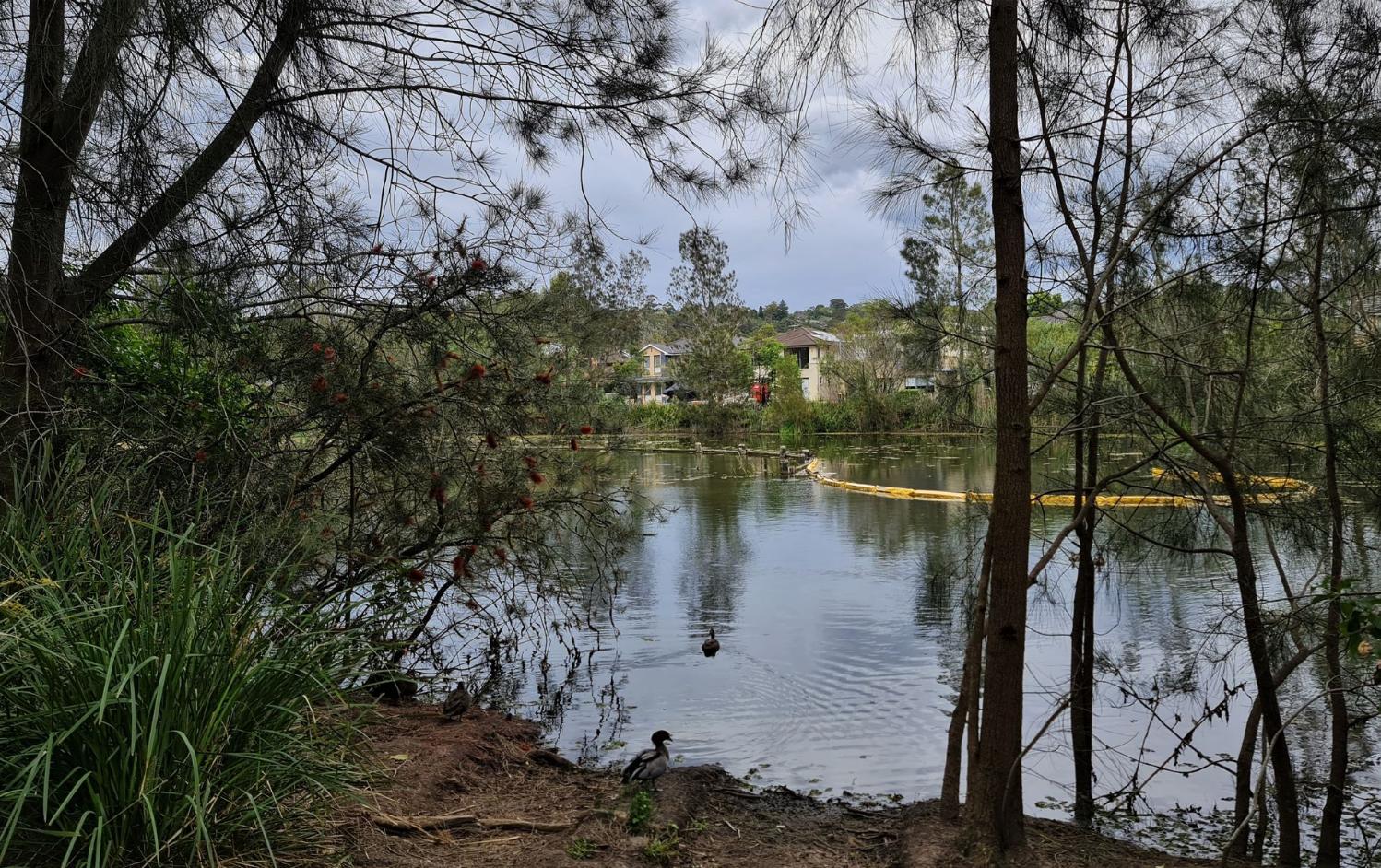