shark listening stations + drumlines have been installed off our beaches 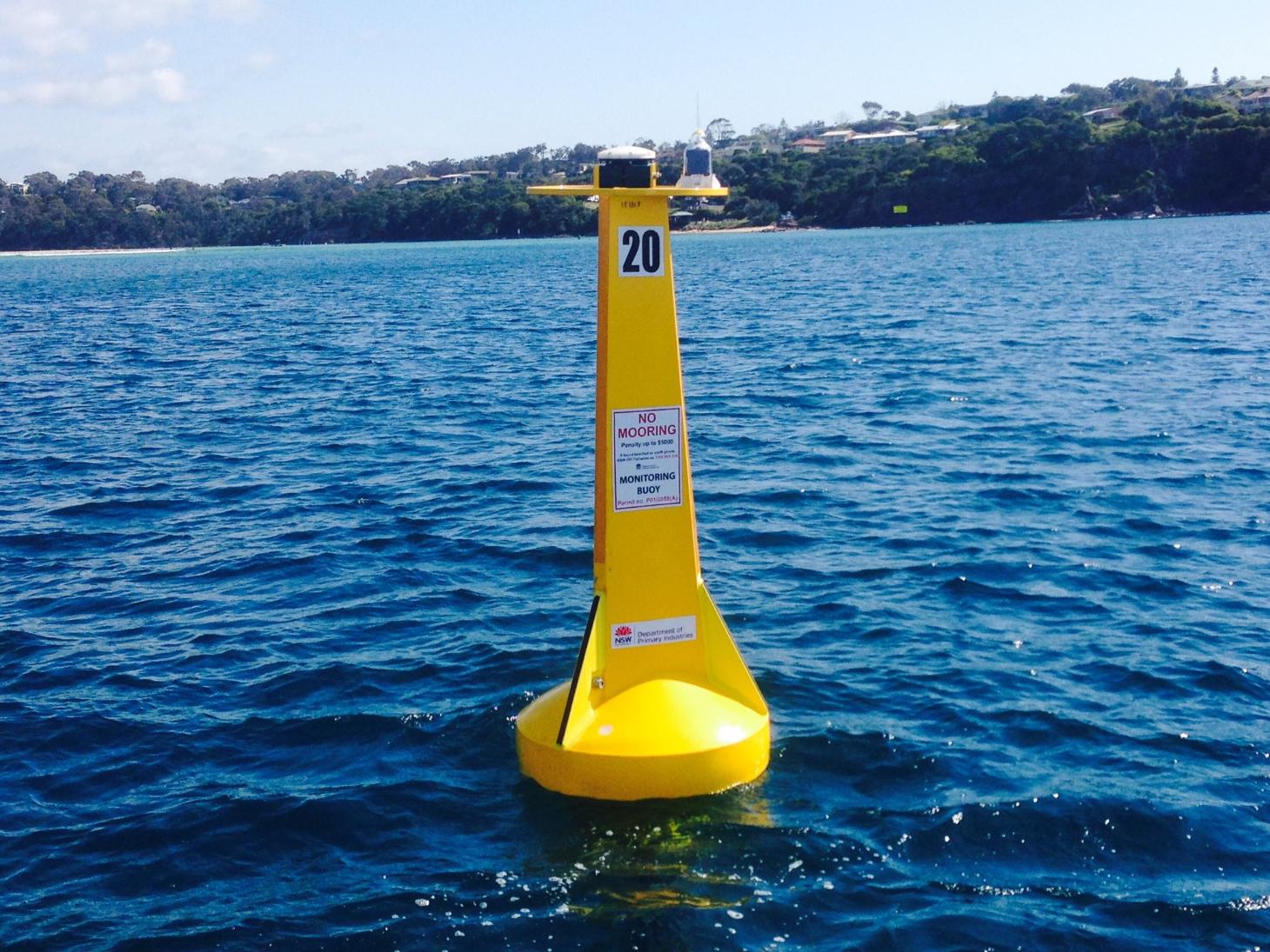 Shark Smart Listening Station. Photo: DPI
During the past few weeks residents have contacted Pittwater Online to inquire what a new yellow buoy installed off Palm Beach is for.

On March 19, 2022, the NSW Government announced shark response capabilities will be enhanced in beaches across the state, with the boost of $4.4 million for a suite of immediate additional mitigation methods, as well as ongoing funding of more than $85 million to continue this strategy until 2026.

Minister for Agriculture Dugald Saunders said shark interactions are always possible, regardless of the technologies deployed, however it is critical for the NSW Government to do everything possible to reduce that risk to the millions of beachgoers who hit the water every year.

“The tragic event that happened at Little Bay earlier this year was a tough reminder that whilst we’ve been able to coexist for decades relatively safely, sharks do exist and they can pose a significant risk to humans,” Mr Saunders said.

“We are not only announcing immediate additional response capabilities, including more Shark Listening Stations, SMART Drumlines and Rapid Response Vehicles, but we’re also committing to ongoing funding for future mitigation to protect our beachgoers for years to come.

“We know sharks can be extremely dangerous and aggressive, however, they’re also part of what makes NSW’s marine life so beautiful, so we need to make sure we continue to have state-of-the-art technology in place to allow them and beachgoers to coexist.

“There is no other jurisdiction in Australia or across the globe which has done as much testing and trialling of technology and approaches to mitigate shark interactions, and our shark program is now the largest and most comprehensive in the world.”

The Drumlines and listening stations in our area are at: 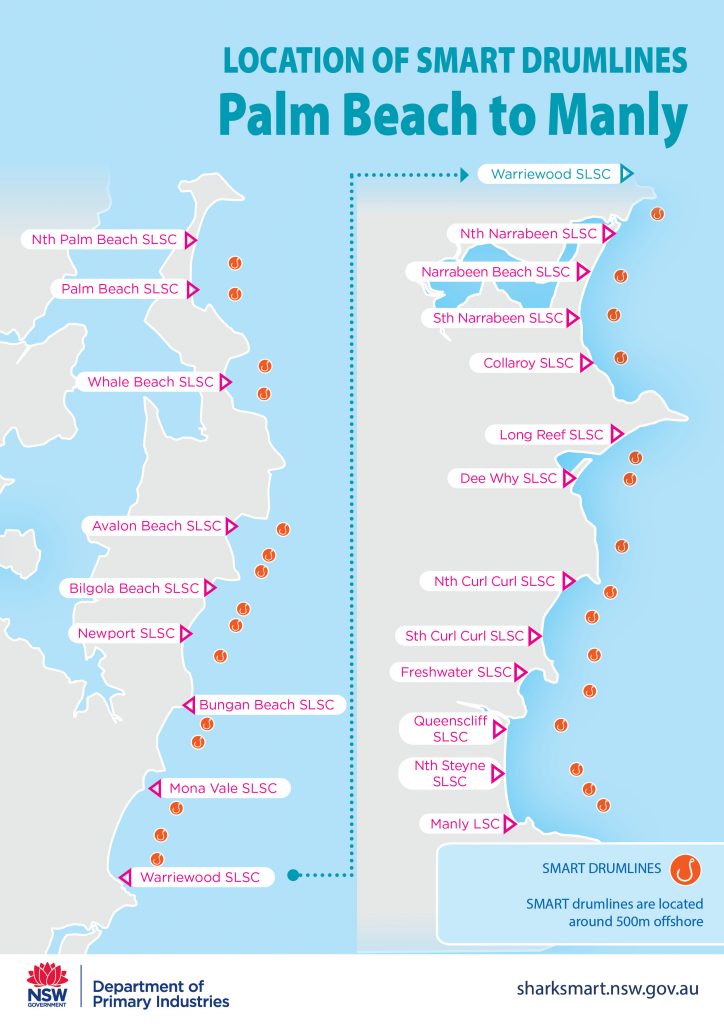 When a tagged shark swims within 500 m of a listening station, an instant alert is sent to the SmartSmart App, website and Twitter feed @NSWSharkSmart providing real-time updates to the public and beach authorities

The public can download the SharkSmart App to mobile devices and set it to receive notifications for certain locations, times and alert types.

How do SMART Drumlines work?

SMART (Shark Management Alert In Real-Time) drumlines consist of an anchor, two buoys and a satellite-linked GPS communication unit attached to a hook baited with one sea mullet.

A trigger magnet that is connected to the communications unit release an alert when an animal has taken the bait.

When an alert has been raised a DPI  team responds within 30 minutes to tag and release the target shark or other marine animal.

Intercepting and catching sharks as they move along the coastlines and head towards beaches reduces the chances of an interaction with water users.

The relocation of captured sharks and the natural reaction of sharks to move offshore makes the DPI confident that SMART Drumlines are effective in removing the immediate risk to beach users.

What is a target shark?