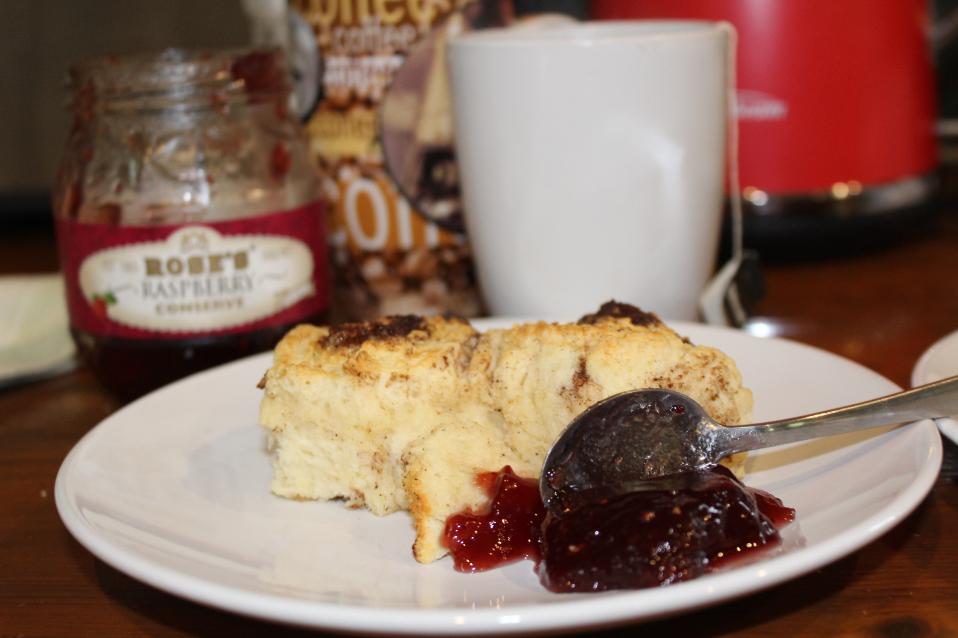 Cold Winter mornings mean you want to serve something hot for morning or afternoon tea and although we're far from our CWA days and the seasons where we made our own jam on the farm, a deft hand at turning out hot scones is still causing eyes to light up and workers to go a bit faster after a few of these beauties with a hot cuppa.

The original scone was round and flat, usually as large as a medium-sized plate. It was made and baked on a griddle (or girdle, in Scots), then cut into triangular sections for serving. Today, many would call the large round cake a bannock, and call the triangles scones. In Scotland, the words are often used interchangeably.

The Oxford English Dictionary reports that the first mention of the word was in 1513. Origin of the word scone is obscure and may, in fact, derive from different sources. That is, the classic Scottish scone and the Dutch schoonbrood or "spoonbread" (very similar to the drop scone); and possibly other, similar and similarly named quick breads, may have made their way onto the British tea table, where their similar names merged into one.

Thus, scone may derive from the Middle Dutch schoonbrood (fine white bread), from schoon (pure, clean) and brood (bread), or it may derive from the Scots Gaelic term sgonn meaning a shapeless mass or large mouthful. The Middle Low German term schöne meaning fine bread may also have played a role in the origination of this word. Another explanation is the word may also be based on the town of Scone in Scotland, the ancient capital of that country – where Scottish monarchs were still crowned, even after the capital was moved to Perth, then to Edinburgh (and on whose Stone of Scone the monarchs of the United Kingdom are still crowned today).

When baking powder became available to the masses, scones began to be the oven-baked, well-leavened items we know today. Most of us forgo the baking powder nowadays and just start out with self-raising flour.

You can make sweet versions or savoury versions according to what suits your tastes at each occasion. Add dried fruit, add cheese, or rolling out the dough and add sugar and cinnamon has long been a favourite around here.

The Perfect Scone
The most important element of making the perfect scone is NOT to beat that dough up!

Sift, knead in the butter, bring it together with a little milk (some state this will work better if you slightly warm the milk) lightly roll it out, swiftly cut, get it on the tray and into a hot oven - don't muck about!

NB: Turn your oven on before you reach for your mixing bowl. The quicker you get those just made scone dough into a hot oven, the better the result. We also put the scone tray in to heat up whereas some recipes advocate putting cold dough onto a cold tray.

Since we're the originators of that 'you can take the girl out of the country but can't take the country out of the girl' phrase now so popular, the CWA's own recipes for the basics (get yourself a cookbook from the CWA! and not just for the scone recipes...)

The basics allow for creativity, as already stated above. Recently people are going all out in their variations and offering pancetta with gouda scones, chocolate chip scones as well as that great old fashioned date scone - that's an actual scone with dates the fruit in it, not a double Australiana style 'head-head' alliteration.

If you are keen on a cheese scone, put the grated cheese in before adding your milk. For scones with dried fruit in them, same process. The great thing about making your own, which will take a whole 15 minutes, is you control what salt and sugar levels there are in your scones when making them for youngsters - and you can sneak that fruit and veg in and hear them go 'yum'!

Save that for those 21sts! 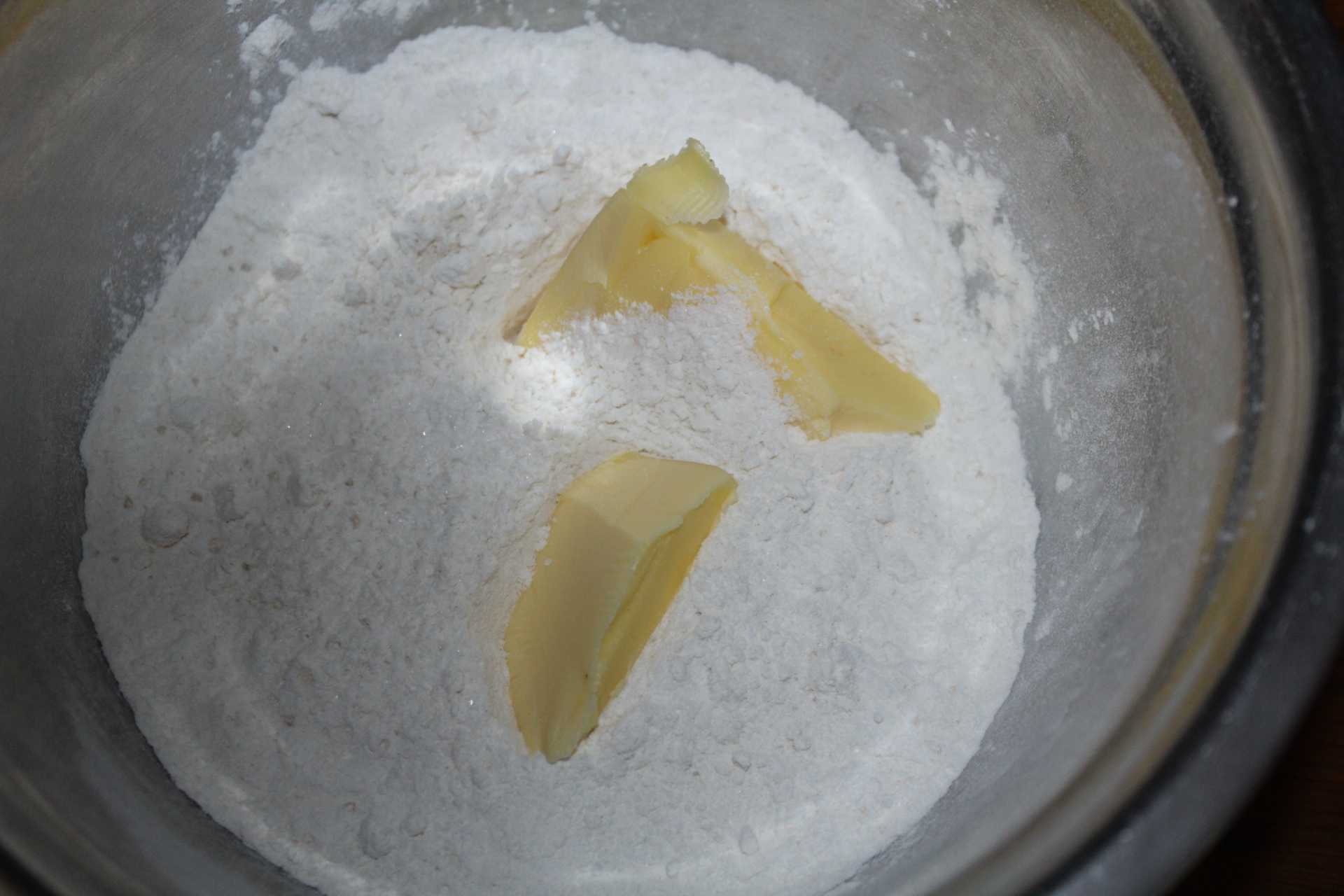 Add your milk and then use a flat blade knife to cut through the mixture. 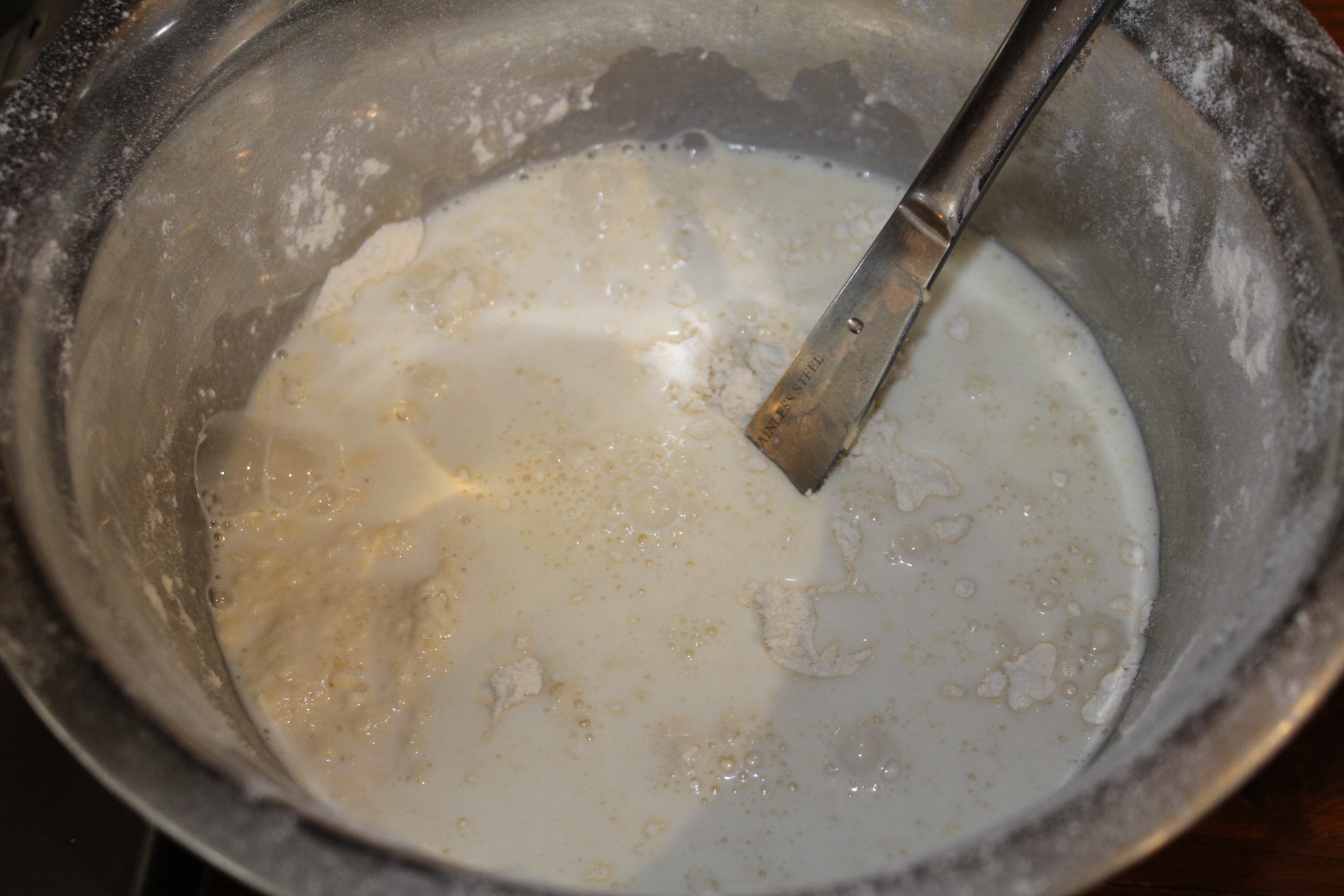 Gently roll out and sprinkle sugar and cinnamon over. Roll and cut into 2cm slices. Place these together on your hot tray. Placing them together allows them to have a bit of souffle action in the rising stakes. 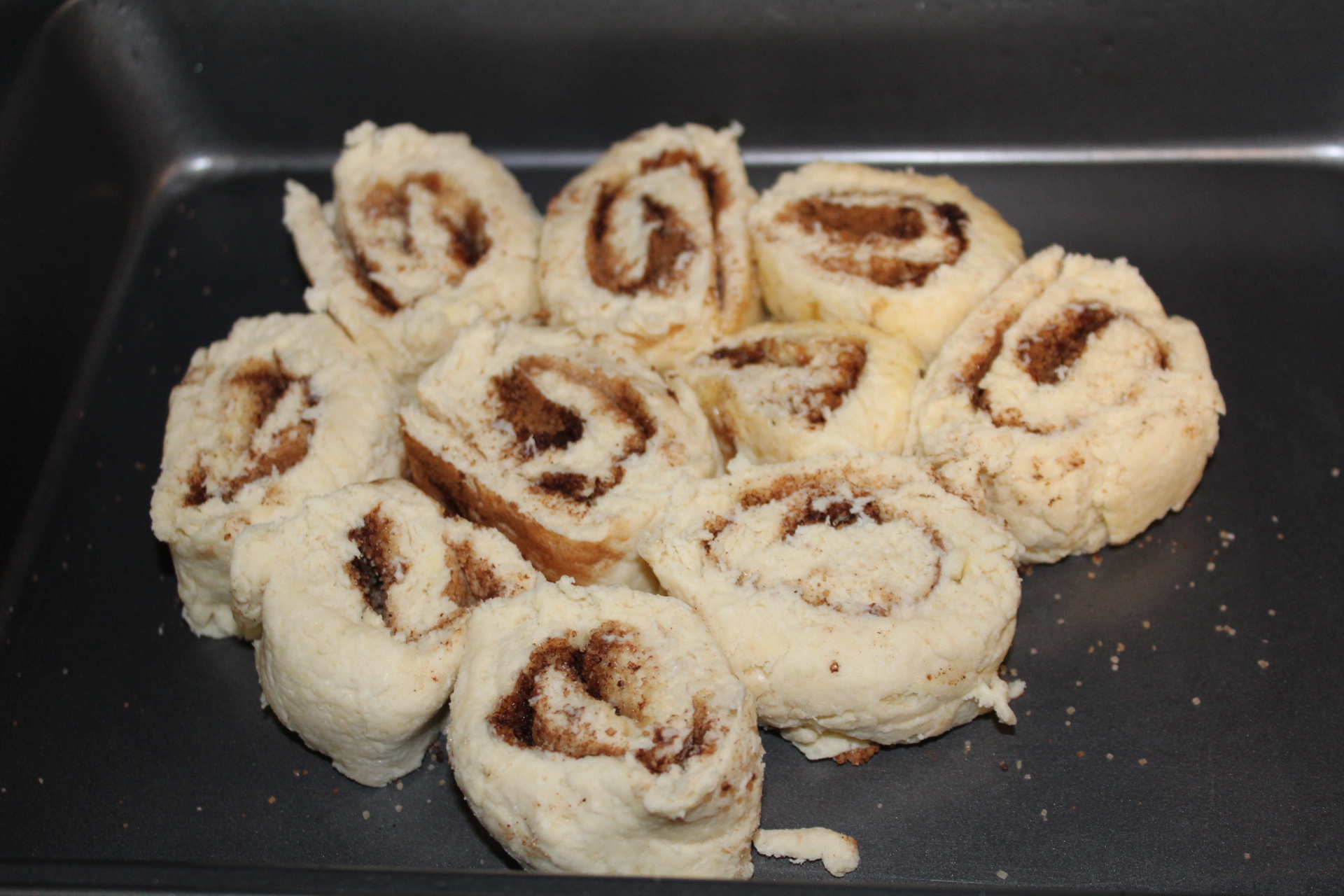 Put the kettle on while they're cooking and get the teacups ready. Bake for 10-15 minutes until golden on top. Pull your scones out, pile onto plate with a spoon of jam - enjoy! 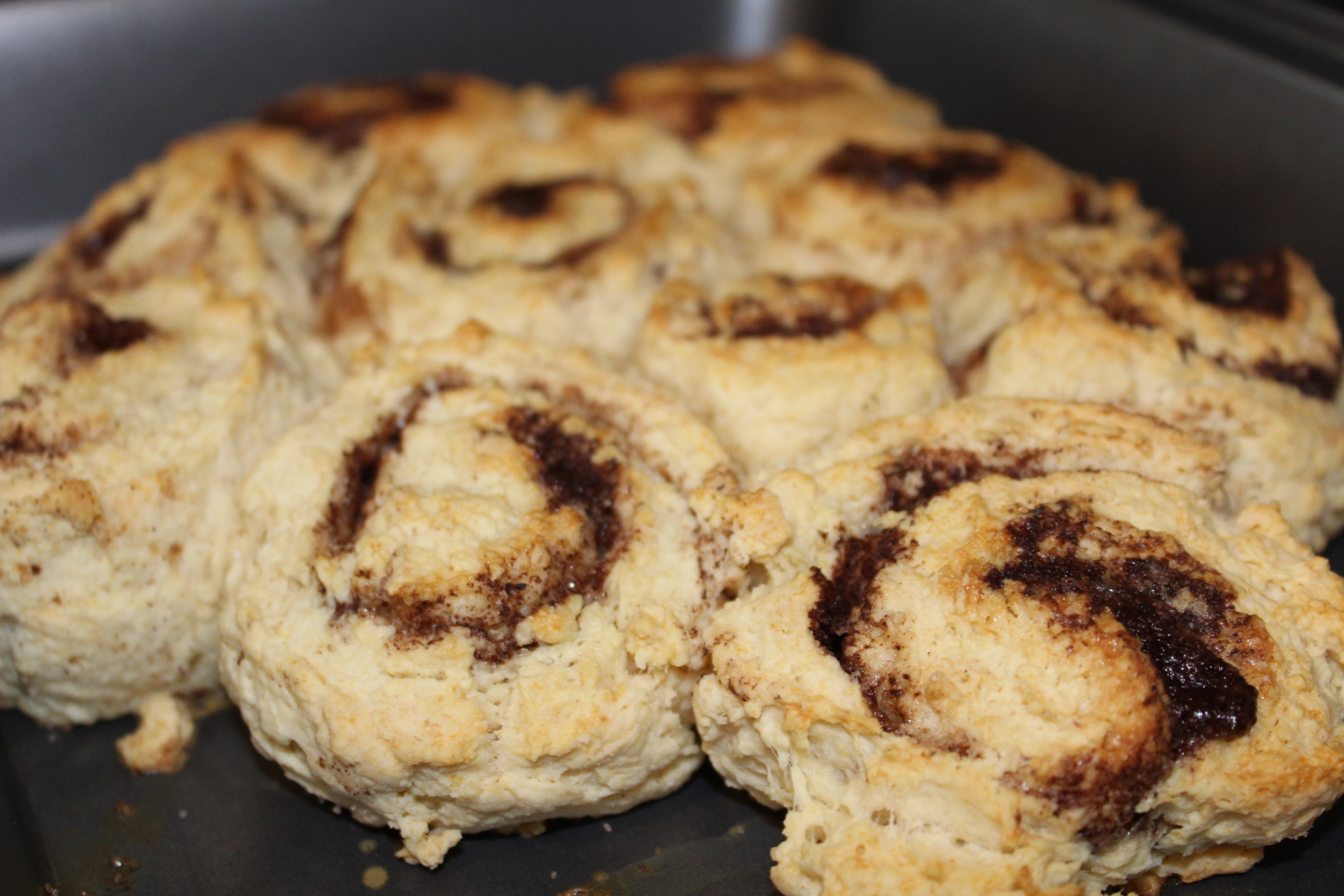 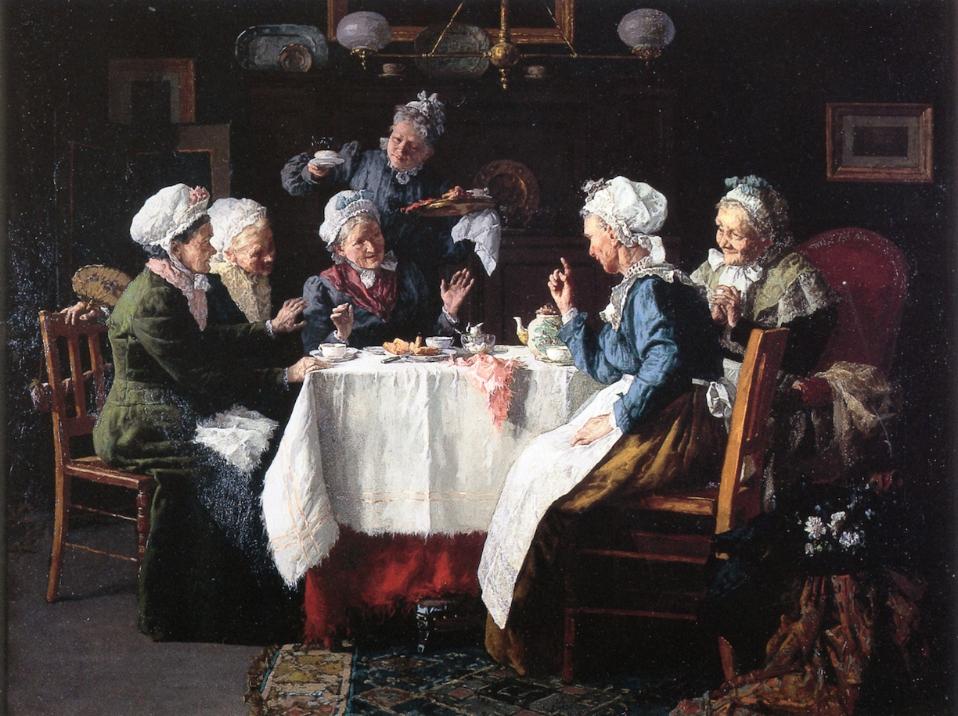