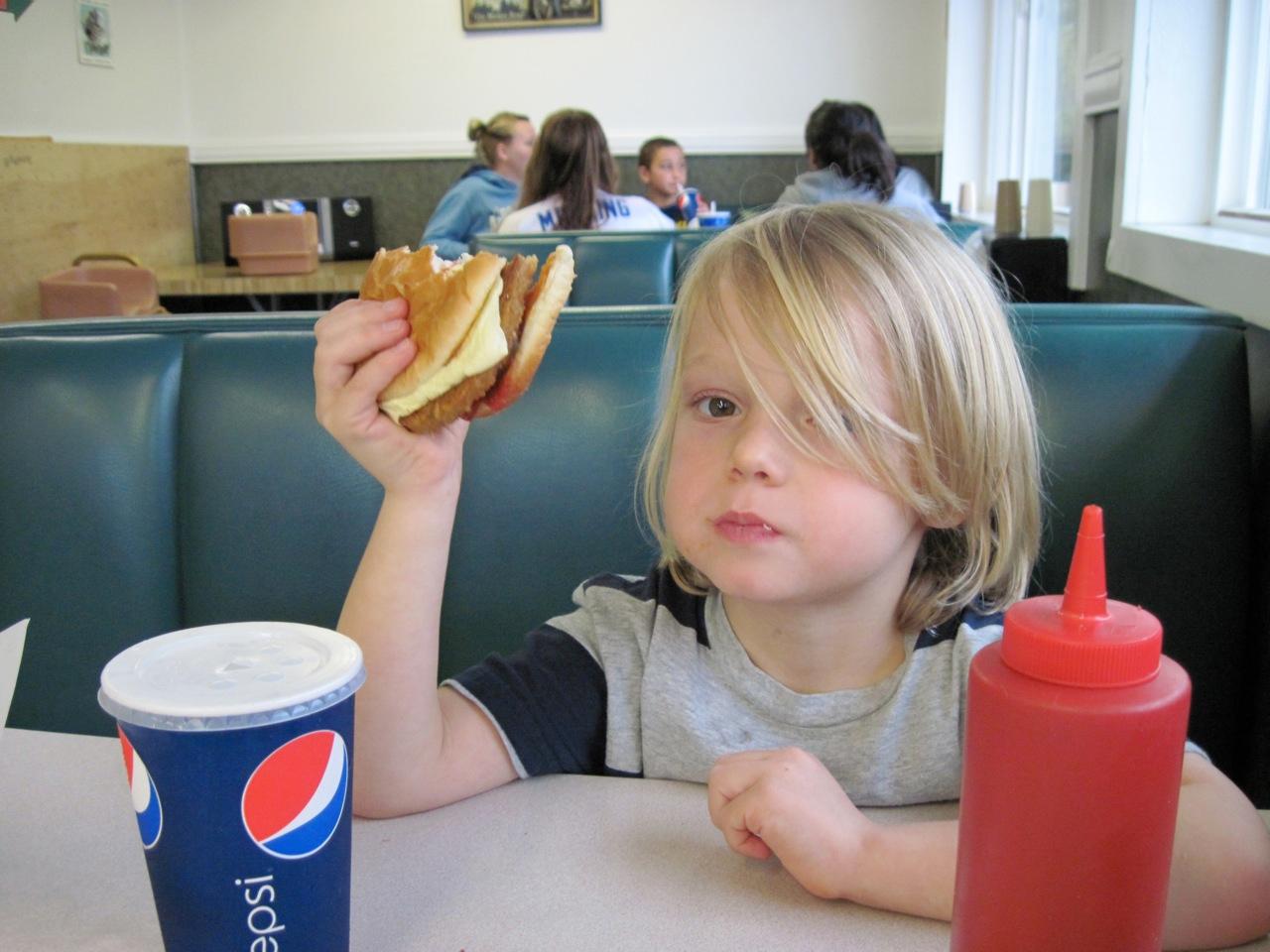 For many of us it can be a struggle to encourage our children and grandchildren to choose the healthy option, especially when 'pester power' is supported by advertising that is scheduled in what our youngsters call 'my shows' on television or they see products targeted specifically at them through ad campaigns.

In March 2022 the Cancer Council commenced raising awareness of the impact of unhealthy food and drink advertising on Australian children’s health, with a new campaign and advocacy efforts launching in Victoria and New South Wales.

The Cancer Council efforts commenced as new research, released on March 10, showed that increased advertising exposure amongst children is associated with a higher intake of unhealthy food and drink.

The National Secondary Students’ Diet and Activity (NaSSDA) survey found that children who were exposed to high levels of food and drink advertising were more than twice as likely to have tried a new food or drink product compared to children with low exposure, and were twice as likely to ask a parent for a product they had seen advertised.

“We all want our kids to enjoy a healthy childhood, but this is impossible when the processed food industry spends millions of dollars every year on advertising in places they know children will be exposed to it.

“The new NaSSDA research highlights that the marketing of unhealthy food and drinks promote the consumption of such foods, which can lead to obesity and increased risk of 13 different types of cancer and other serious disease later in life.

The new data comes as Cancer Council New South Wales and Cancer Council Victoria use a two-pronged approach to ramp up awareness and advocacy efforts in the space.

The campaign called on Victorians to show their support for protecting kids from unhealthy food and drink advertising by signing a statement on the FoodFight website.

Meanwhile, Cancer Council NSW joined forces with 13 health experts and organisations to call on the NSW Government to remove unhealthy food advertising from government-controlled property, particularly public transport and asking the public to sign a petition at Our Kids, Our Call.

A New South Wales published audit of 90 school bus routes to suburban Sydney primary and secondary schools found children travelling to school would be exposed to up to 2,800 unhealthy food advertisements a year, just from the transport mode they used.

Ms Hughes said “It is evident that food marketing influences children’s choices and eating habits and advertising of unhealthy foods, particularly on public transport, reaches a significant number of young people each day.

On August 29 The Australia Institute released polling research that reveals a majority of Australians agree that junk food advertising during children’s viewing should be banned.

“A company like McDonalds is an advertising heavyweight, with its ad budget ballooning to over $83m each year. The clear majority of Australians want greater protection for our kids and their health.''

The full report, 'Polling – Advertising on TV' is available here.

''As a GP I believe it is crucial we take steps to tackle Australia’s obesity crisis. As a parent I want to see kids around Australia grow up healthy and strong. While as an MP, I believe it is my responsibility to act.''

''Approximately 40 countries around the world, including the UK, Ireland, Chile, Norway, Mexico, Thailand and South Korea, already have or are planning to regulate junk food advertising.

I would like to see Australia join this list and am in the process of drafting a Private Members Bill which will aim to regulate junk food advertising on TV, social media, radio and online.

''Right now the lack of regulation means the average child aged five to eight is exposed to at least 827 unhealthy food advertisements on TV each year. Another study suggested children see up to 170 junk food ads across TV, social media and online every week.''

''We already know obesity is the leading cause of chronic health diseases, and there is a direct link between junk food advertising to children and childhood obesity. The National Obesity Strategy found obesity costs our health system $11.8 billion every year and this could rise to $87.7 billion by 2032 if nothing is done.''

''Just last year, a Boris Johnson led government in the UK introduced legislation which will see junk food advertising banned on TV, on social media and online before 9 p.m. from 2024.

This is a model I would like to explore here in Australia. If Boris Johnson could do it, then I believe Australia can also take action on junk food advertising.'' Dr. Scamps said.

Drafting a Bill to regulate junk food advertising hasn't been the sole focus of the MP for Mackellar.

Dr. Scamps is also moving to end the 'jobs for mates' culture that continues to disgrace Australian politics.

The MP for Mackellar has been working on the drafting instructions with The Centre for Public Integrity for her first Private Members Bill which aims to enshrine an independent and transparent process for government appointments.

Dr. Scamps is aiming to table this Bill in Parliament before the end of the year.