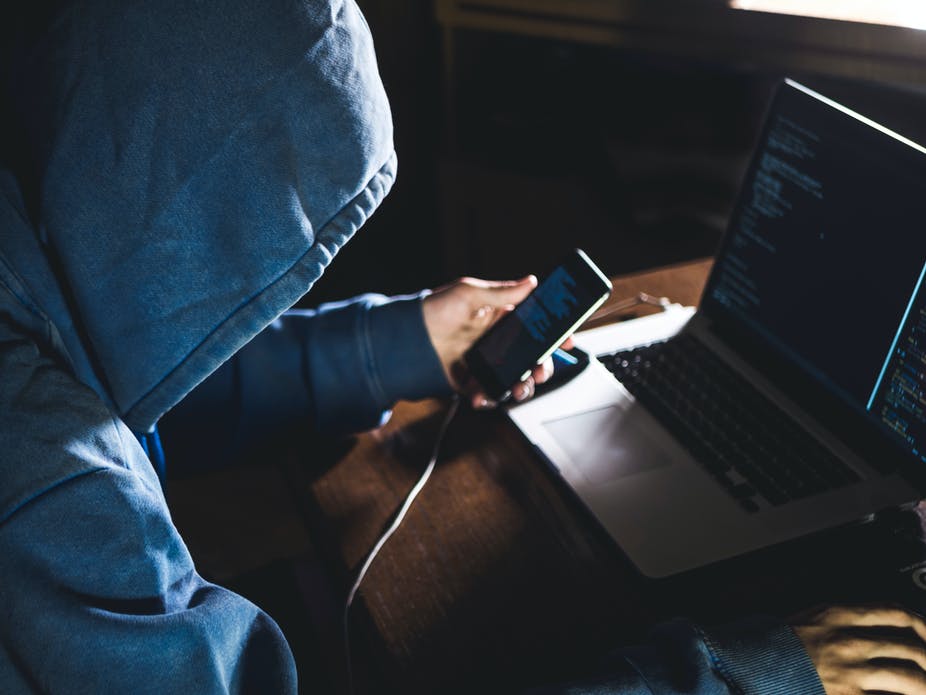 Fraudsters use specific tactics to steal from their victims. Stop and Think. Image: Shutterstock

Payment redirection scams were the most financially damaging scams for Australian businesses in 2020 according to the ACCC’s latest Targeting Scams report. Combined losses reported to Scamwatch, other government agencies, banks and payment platforms totalled $128 million in 2020.

Reports to Scamwatch show that Australian businesses lost $18 million to scams in 2020, a 260 per cent increase on losses reported in 2019.

“Small and micro businesses made most of the reports to Scamwatch and experienced an increase in losses in 2020, although larger businesses reported the highest losses,” ACCC Deputy Chair Mick Keogh said.

In a payment redirection scam, scammers impersonate a business or its employees via email and request an upcoming payment be redirected to a fraudulent account.

Scamwatch also observed a new type of scam in 2020 that targeted farmers looking for a good deal on tractors and farm machinery. Scammers advertised equipment at prices well below market value, and told farmers that they couldn’t view the tractors prior to purchase due to government restrictions from the pandemic. Farmers made payments to secure these special deals, when in reality the equipment never existed. Farmers were conned out of $1.1 million in these scams.

“One thing we know about scammers is that they will take advantage of a crisis,” Mr Keogh said.

Figures from the ACCC’s latest Targeting Scams report released this week shows losses to the CALD community represented a 60 per cent increase compared to 2019, across 11,700 reports.

“Some members of CALD communities suffered higher losses on average than the overall community, accounting for one in every eight dollars lost.”

“Unfortunately, scheming scammers try to target people who by virtue of their background, disadvantage, language skills or disability may experience vulnerability, and be more likely to fall for their tricks,” Ms Rickard said.

Investment scams were responsible for $6.3 million in losses, the most costly type of scam for the CALD community.

This was followed by threat based scams, and people from CALD communities lost $6 million to these scams up 248 per cent from 2019.

The Chinese authority scam is a common threat based scam which cost people from the CALD community $4.3 million last year. These scammers impersonate Chinese authorities and accuse their victims of committing a crime, such as sending a parcel with illegal goods like fake credit cards, and threaten them with deportation or arrest unless they paid money or provided their personal information.

“We received over 2,000 reports about Chinese authority scams in total last year with $7 million lost, and almost a quarter of these were from people with a CALD background,” Ms Rickard said.

“This shows that these scams continued to disproportionately target Mandarin speakers in Australia.”

Other threat based scams involved scammers impersonating Australian government departments such as the Australian Tax Office saying you will be arrested for unpaid tax or the Department of Home Affairs threatening to arrest you and have you deported.

“Australian governments will never threaten you with immediate arrest. Always stop and think about who you might be dealing with, and if you’re not sure whether the call is legitimate, hang up and call the organisation directly using contact details you independently source,” Ms Rickard said.

The most financially damaging scams for Indigenous communities were dating and romance scams, followed by investment scams and online shopping scams.

People who identified as having disability made more than 7,500 reports to Scamwatch, and lost close to $10 million to scams last year. Dating and romance scams accounted for about half of these losses.

“Unfortunately scammers do target all sectors of the community so it is important to stay alert,” Ms Rickard said.

“Remember, never give your credit card details or personal information to anyone who contacts you out of the blue no matter who they say they are, as scammers can do an excellent job impersonating the government and private sector organisations like banks and telephone companies."

"If you think you have provided your account details to a scammer, contact your bank or financial institution immediately,” Ms Rickard said.

Other scam types that impacted businesses throughout the year included phishing, identity theft and hacking scams.

“It is so important for businesses to stay informed about scams so they can protect themselves,” Mr Keogh said.

“The ACCC provides a range of resources for businesses on how to avoid scams on the Scamwatch website and in our media releases throughout the year.”

Businesses that have been scammed should contact their bank as soon as possible. If the scam occurred on a platform such as Facebook, contact them directly to report it.

Businesses can also report a scam to ReportCyber, which is run by the Australian Cyber Security Centre and passes reports to law enforcement agencies for assessment and intelligence purposes.

The ACCC encourages businesses to make a report on the Scamwatch website. Businesses and Consumers can also follow @scamwatch_gov on Twitter and subscribe to Scamwatch radar alerts for more information about current and emerging scams.

The ACCC has translated the Little Black Book of Scams into ten languages to help the community understand and avoid scams. Access it here: www.accc.gov.au/publications/the-little-black-book-of-scams  - and please tell your friends it exists, only by sharing this information can we help each other and those being targeted in our communities.

The ACCC regularly engages in Indigenous outreach programs and shares scam warnings on the Your Rights Mob Facebook page.

These terrible experiences and huge losses are all reminders to look twice before you leap. If it looks or sounds too good to be true, it is - if you don't know the email address some invoice has been sent from, it's a scam (right click and 1. 'junk' them and then 2. 'block sender' so they're permanently blocked), ditto if you get an email from someone you don't know who attempts to start a conversation with you. Some may even use an email you do recognise but if it doesn't sound like your friend, and includes a link to 'click on' - it's a scam. If someone rings you and threatens you with anything of any sort, tax or otherwise, unless you make a payment of some form - it's a scam.

Don't click on any link sent to your phone, don't download any app without researching what it really is first, don't engage in conversation with people who call you out of the blue about money. They're scammers who are heartless criminals whose sole reason for contacting you is to steal what you have earned.

More information on scams is available on the Scamwatch website, including how to make a report and where to get help.