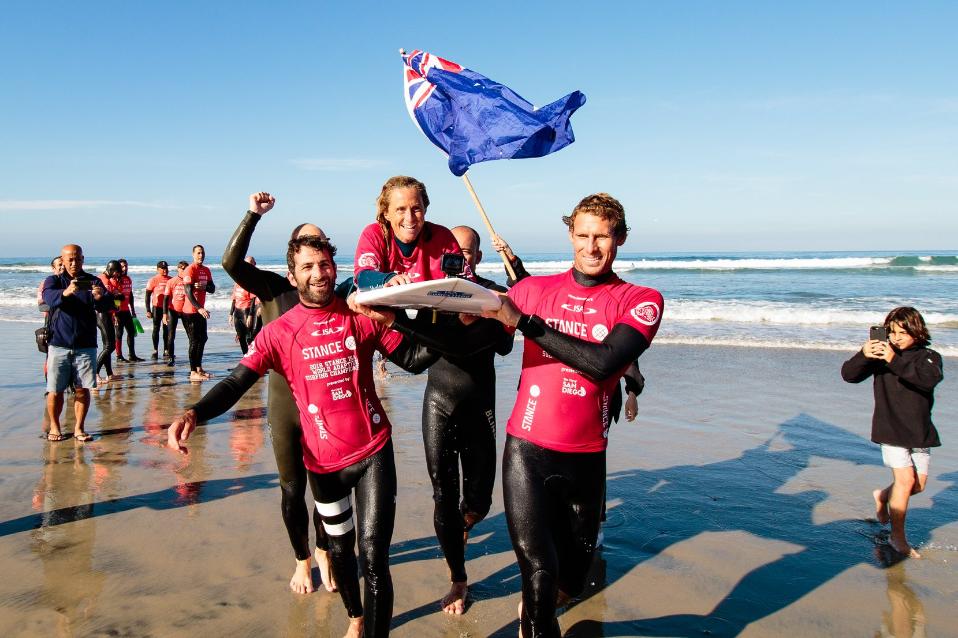 'So stoked to have become World Champion today in the AS-5 women’s division and 3rd in the Open division. I can’t thank my family, friends and sponsors enough for all of your support and encouragement. Special thanks to Blackmores for giving me the opportunity to compete in the USA - I couldn’t have done it without you!

Big thanks to Cameron bloom & Josh Fuller for your endless support in and out of the water! It has been an amazing event and a real honour representing Australia and being part of an amazing team.' - Sam Bloom, Facebook Post, December 18th, 2018

Australians Sam Bloom and Matt Formston have claimed gold medals on the final day of competition at the 2018 Stance ISA World Adaptive Surfing Championship presented by the City of San Diego.

Fellow Australian Mark ‘Mono’ Stewart wrapped up his campaign with a silver medal in the AS-2 division and Dave Munk claimed a fourth-place finish in the AS-3 division.

Propelled by five individual medals, Team USA was able to end the two-year streak of Team Brazil and make it to the top of the podium.

Team Brazil earned the Silver Medal followed by Team Chile with the Bronze and Team Hawaii with the Copper.

Showcasing the growth of the sport, five new champions were crowned. England's Reid (Women's AS-VI), Australia's Samantha Bloom (Women's AS-5), Canada's Victoria Feige (Women's AS-4), Brazil's Henrique Saraiva (AS-2), and Colombia's Marimon (AS-5) rose to the top of adaptive surfing for the first time in the four years of the event.

Sunday morning kicked off with a renewed swell at La Jolla Shores. The increase in waves and glassy conditions provided the perfect platform for the world's best to display their elite talent on the Finals.

Twelve individual world champions were crowned, earning points for their nations in the team ranking.

"It's been another incredible event. We had great waves, great weather, and unbelievable surfing.

"We want to say thanks to everyone who tuned in to watch around the world, all the athletes, and all the team supporters. Also, a special thanks to all the volunteers that make this event so incredible."

"What a week of competition. We watched the sport of adaptive surfing progress before our eyes. We had new World Champions make a name of themselves on the global stage, and we also had proven World Champions continue to stake their claims as the best in the world.

"Most importantly, we had a record number of competitors and women participating in the event, spreading the sport to new surfers around the globe. Adaptive surfing has a healing power that has proven to have a positive impact in the lives of those with physical challenges, so we hope to keep growing the sport to make the world a better place, one surfer at a time.

"The high-performance action that we witnessed this week leaves me with no doubt that adaptive surfing would be a valuable addition to the Paralympic Games. We will continue to honor the dedication that these surfers have shown us in the water and push to get the sport to the greatest sporting stage."

You can replay the webcasts from the 2018 Stance ISA World Adaptive Surfing Championship here.

Steve Pullen making it to the QUARTER FINALS in AS1

Gavin Bellis making it to the SEMI FINALS in AS4

David Munk securing the COPPER MEDAL in AS3

Mark-Mono Stewart locking down the SILVER MEDAL in AS2

Sam Bloom grabbing the BRONZE MEDAL in AS5 open, AND becoming the WORLD CHAMPION with the GOLD MEDAL in Women’s AS5

We want to thank all of our friends, family, support teams, Surfing Australia, the event organisers, our sponsors, and AUSTRALIA! 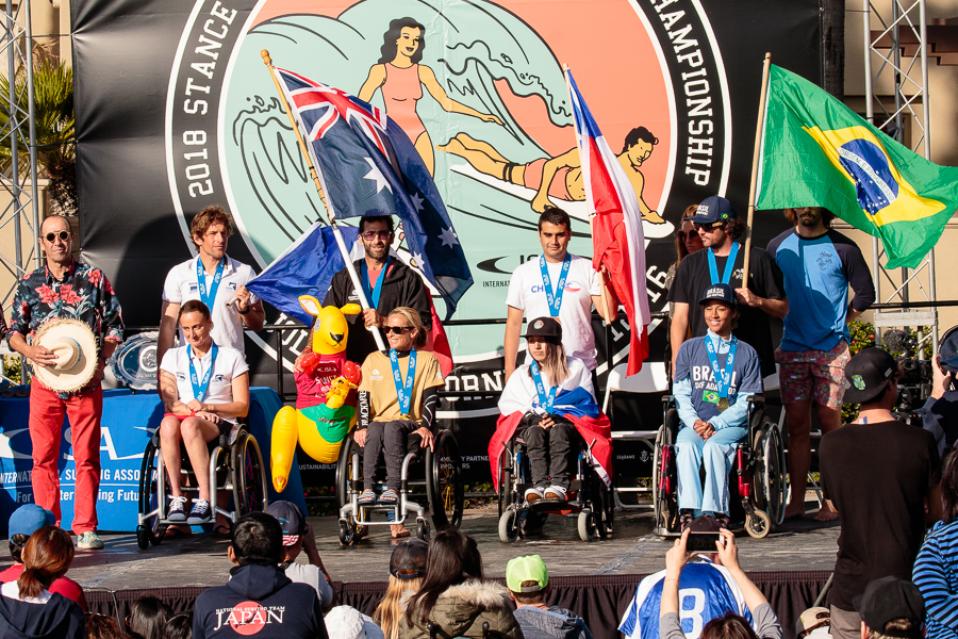