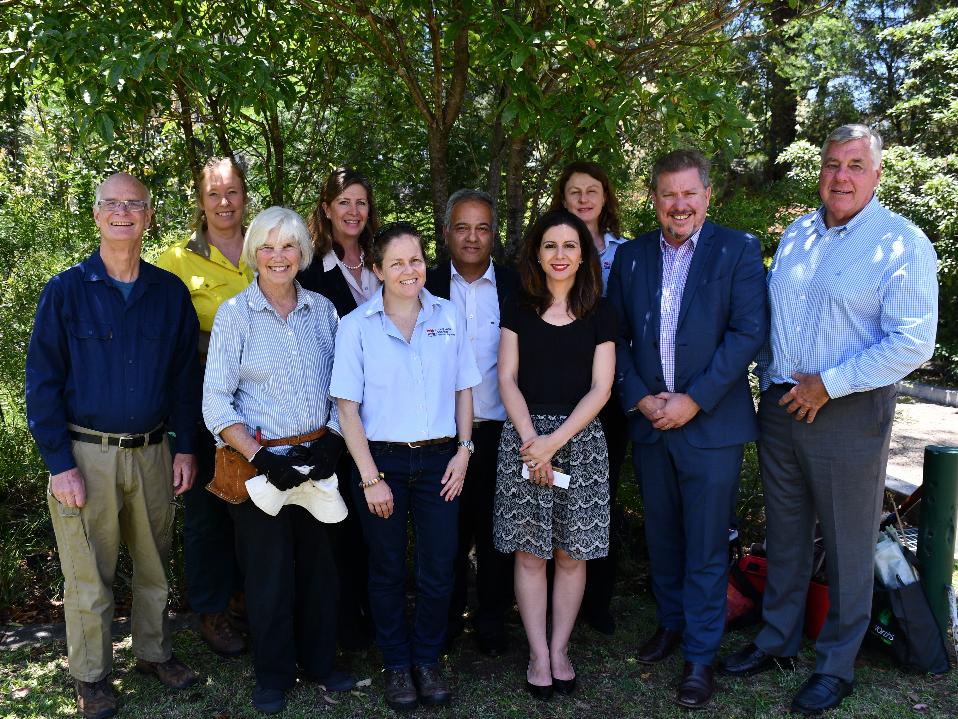 The team behind the Saving of Grevillea Caleyi

EFFORTS to restore habitat for the critically endangered Grevillea caleyi shrub in Northern Sydney are set to continue thanks to a funding boost from the Australian Government.

The Grevillea caleyi recovery, supported by Greater Sydney Local Land Services through funding of up to $250,000 from the Australian Government’s National Landcare Program, will be run in partnership with the NSW Office of Environment and Heritage and local bushcare volunteers.

Project manager Rebecca Mooy said the funding would complement six years of restoration efforts to date at the Baha’i Temple site and at other locations in Terrey Hills where the species occurs.

“This project has focused on protecting vegetation on the grounds of the Baha'i Temple which is home to the endangered native plant which is only found in Northern Sydney,” she said.

“Ongoing work will focus on protecting the endangered plant’s habitat through weed removal by both professional contractors and volunteers, planting in buffer zones adjacent to core habitat, lessening disturbance through removal of dumped rubbish and installation of fencing, assessment of the habitat condition and vegetation monitoring.

“Urbanisation over many years in these suburbs has decreased its habitat to just 15 percent of its original size, now an eight square kilometre area.  The habitat that remains is fragmented and under threat from weeds, lack of fire in some places and to frequent fire in others, disturbance from vehicle, bikes, horse riding and rubbish dumping.

“It’s great to see ongoing investment into this important species.”

Ms Mooy said the project site was for the official announcement of the Regional Land Partnerships investment under the National Landcare Program late last year.

Under the program, the Government will support the delivery of 195 projects across the country that aim to contribute to four environment and two agriculture outcomes over the next five years.

The Government’s investment will support vital on-ground environment and agricultural projects across the country that offers benefits to our environment, our farms, and our communities.

David Palmer of the Pittwater Natural Heritage Association who, along with other passionate local bushcare volunteers within the community and Baha'i community, have been working at the site for a number of years. Pittwater Online asked David for comment on this great news.

"In the six years that PNHA has been coordinating work on the Bahai Temple site we have made a significant difference, with a reduction in weeds and a noticeable increase in the number of Grevillea caleyi seedlings.

This has been due to a great team effort: the the volunteers (not just Marita Macrae and myself, but all of the dedicated bush regeneration volunteer team), the bush regeneration contractors, Erica Mahon from the NSW Office of Environment and Heritage and the Bahai Temple management." David said this week

Thanks also to the team at Pittwater Online News. Sharing news of the development of this project with the community over the years has increased interest in the Saving of Grevillea Caleyi."

Jason Falinski, MP for Mackellar said “Here on the Northern Beaches we are blessed with such a beautiful natural environment.”

“However, we must never take it for granted and must always act to protect our native species. The Australian government is committed to preserving the Grevillea caleyi and that is evident through this funding boost. ” 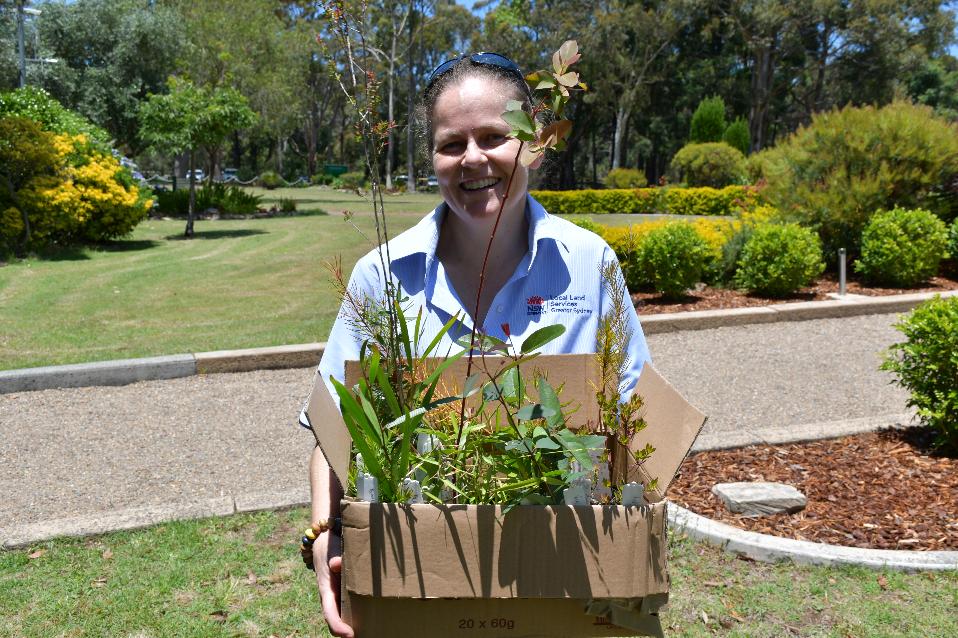