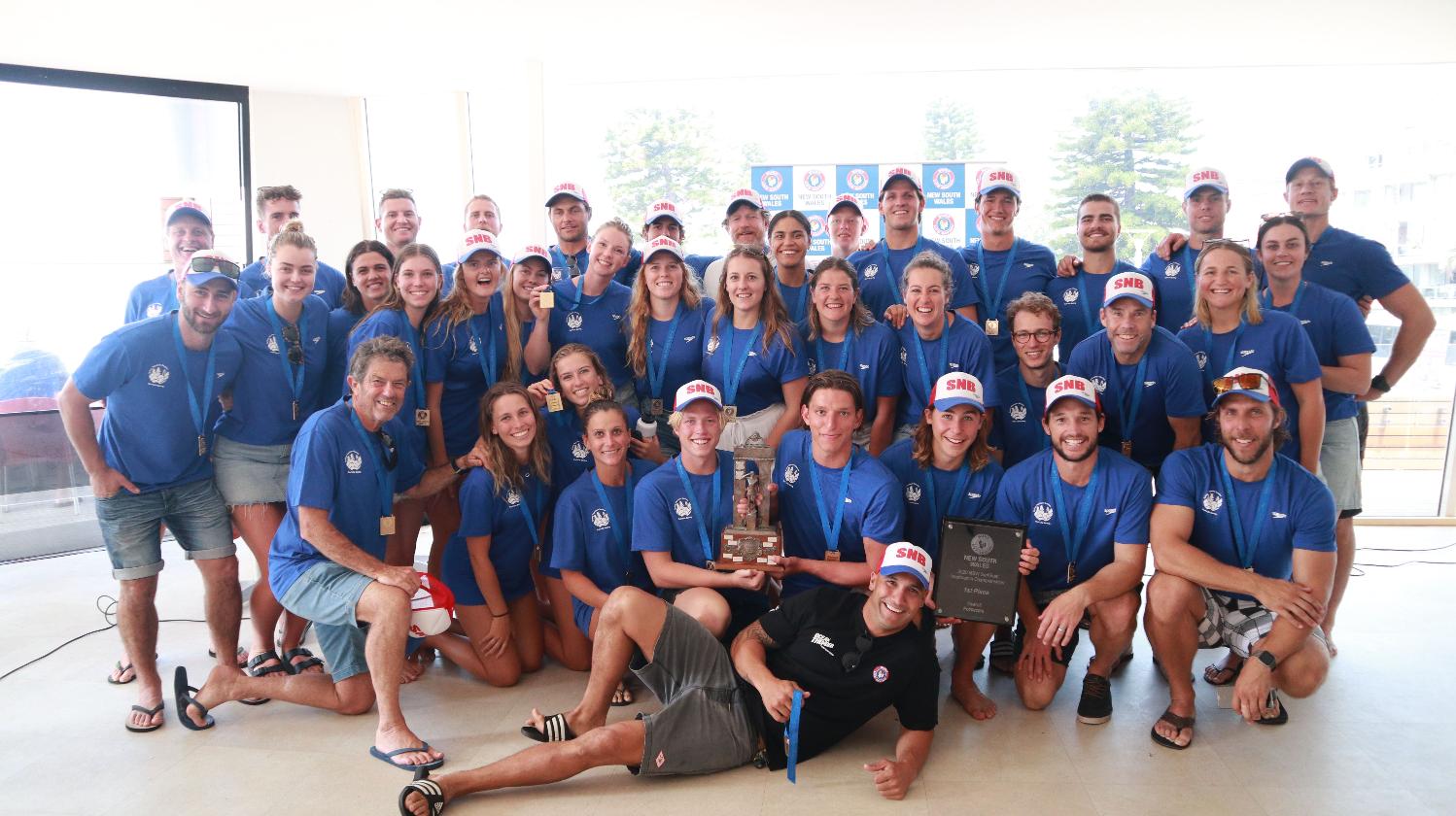 For the third year in a row, the crews from Sydney’s Northern Beaches proved too strong for the rest of the state at the 2020 NSW Interbranch Championships hosted by Queenscliff SLSC last Sunday, January 19th. Sydney Branch was again the bridesmaid and Illawarra came from last place in 2019 to end up on the podium for the Bronze. 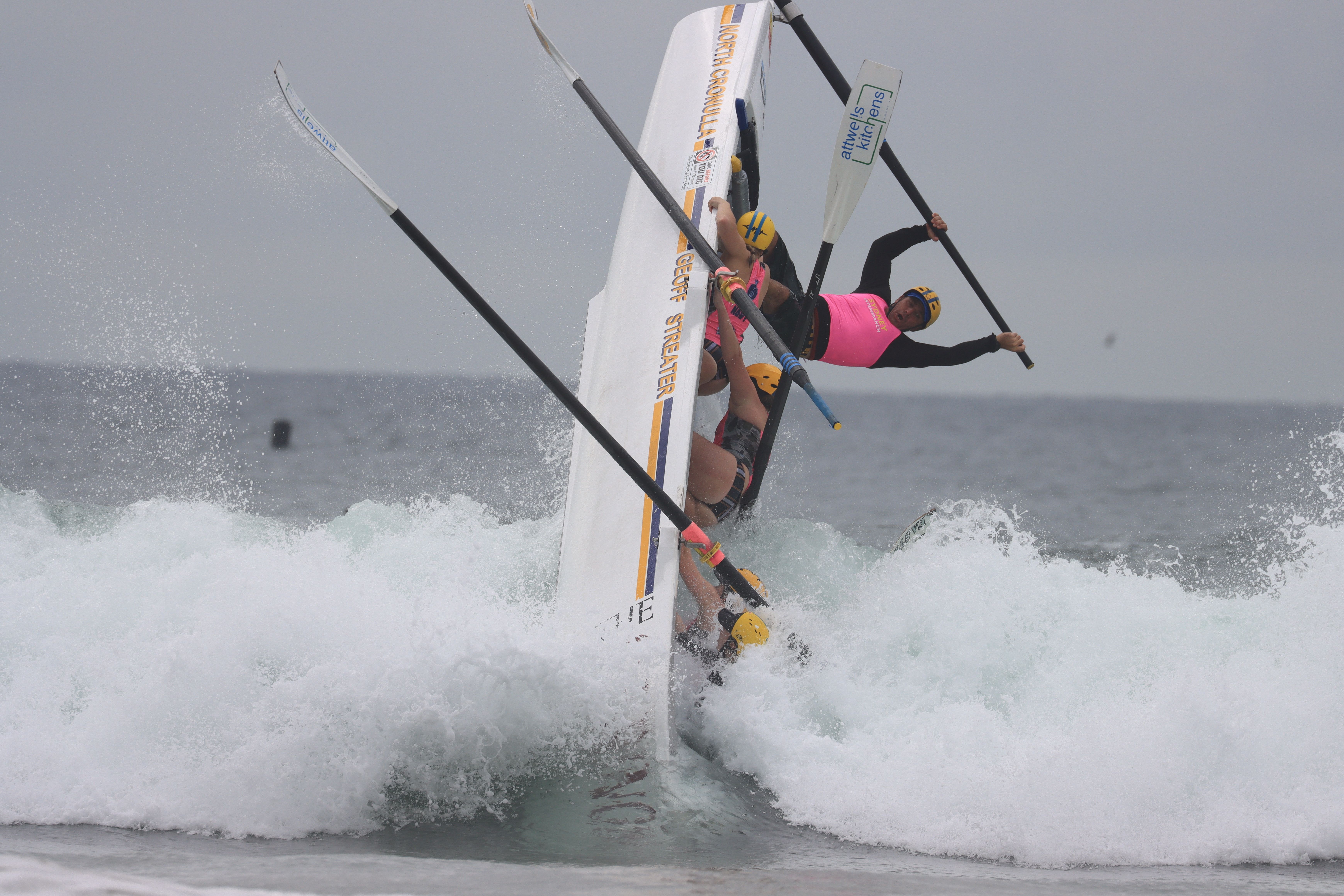 The Sydney Branch team reaches for the sky

Great conditions greeted the competitors with challenging surf across the bank catching out crews heading to sea and on the way home. The event aims to bring together surf boat competitors from across the state with the larger branches fielding draft crews to fill gaps in the smaller regional teams.

“It’s great to get back to back wins for the team. Everyone pulled their weight too. It was a massive achievement and I’m proud to be their manager,” said Ryan.

“The juniors and U23s were a standout and they pulled their weight just as much as the others and did their job.”

He says the dominance of the Sydney Northern Beaches crews comes down to the culture in the clubs.

“It’s the sweeps, it’s the kids – they’re really committed. And it’s not just about the rowing, it’s about being on the beaches patrolling, really giving back what you take out. It’s really good.”

Despite being unable to claim back the trophy, the Sydney Branch team had the satisfaction of taking out the prestigious double points Surf Boat Relay event.

“Winning the boat relay is the most prestigious I suppose because it’s a strategic placement of your crews. You have to work out where your weaknesses and strengths are and try and pick what the other branches are going to do and it’s a collaborative effort,” said Sydney Team Manager Linda Hawkings. 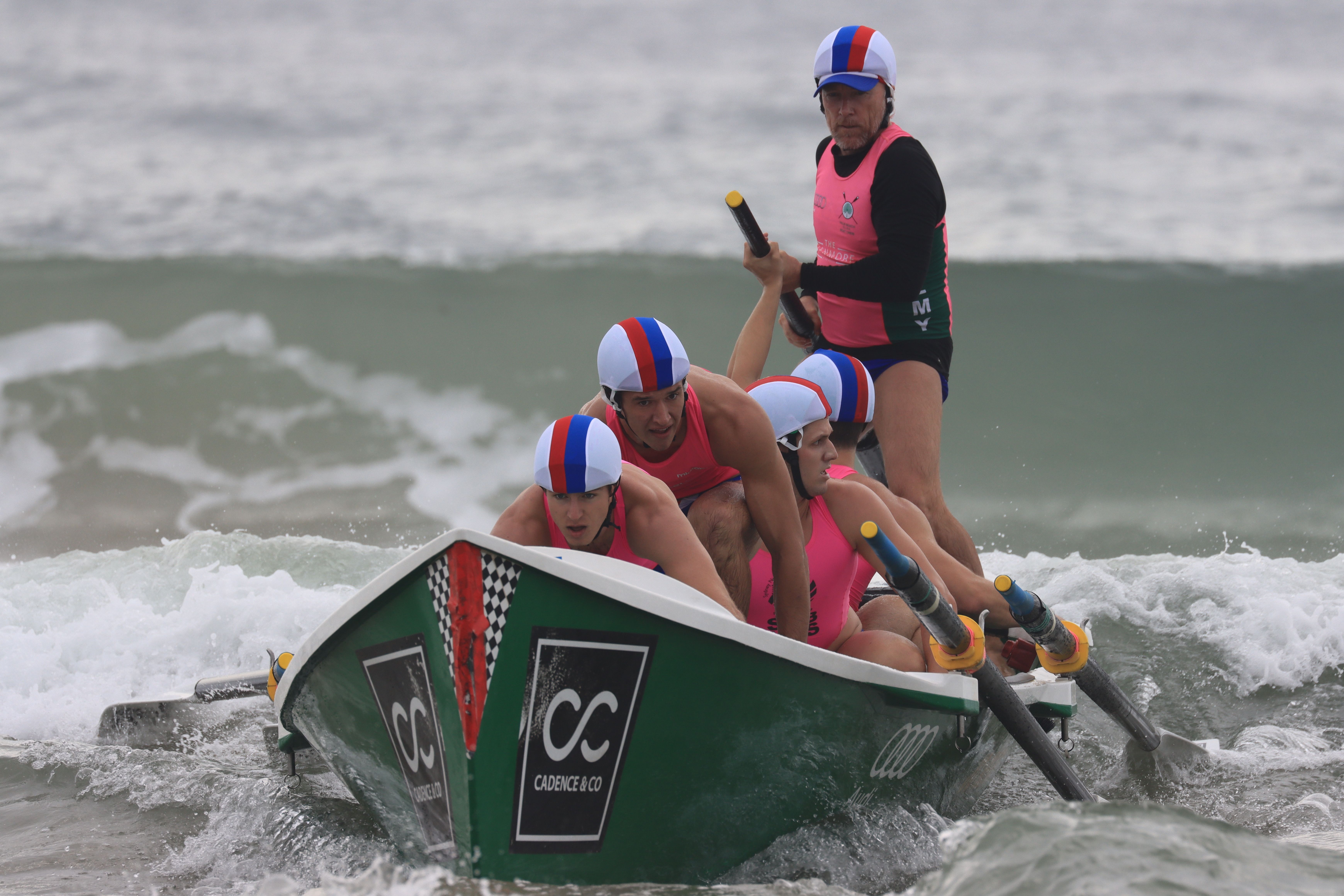 In an upset in the Open Women’s division, a gutsy effort from the Broulee Capitals brought the favourites from Palm Beach undone to claim equal first place after the three rounds of racing.

The U19 Female division was also a tight contest with the Avalon Beach girls winning for the Mid North Coast against branch rivals Sth Curl Curl (SNB). But Sth Curly got one back with a win in the Open Male division, beating the dominant Bulli crew from Illawarra and the Sydney representatives from Elouera.

The U19 Male crew from Queenscliff used their home beach advantage to power to victory by winning all three races in style.

The U23 Male Division was tightly contested with five of the six crews jostling for positions after each round. Sydney’s Nth Cronulla crew finishing on equal points with Palm Beach (SNB). In the U23 Female division, the dominant Newport crew won decisively, recording two firsts and a second place over three rounds. 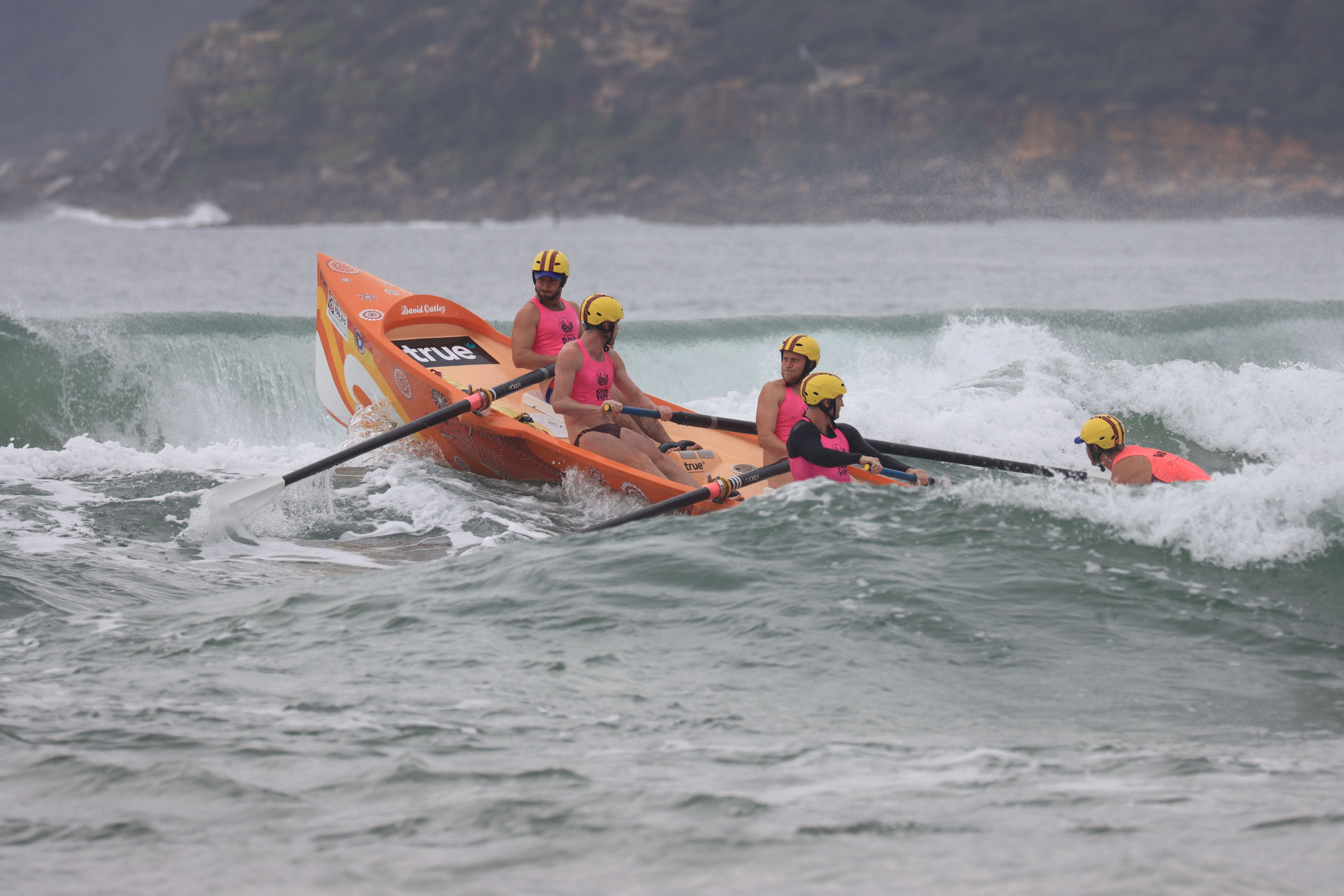 In the Reserve Male division MacMasters Beach got off to a strong start for the Central Coast in race one, however, the crew from Windang proved too strong, winning the division and much needed points for the Illawarra Branch.

South Curl Curl secured victory in the Reserve Female division after two wins and a third-place, stealing the thunder of current NSW champions South Maroubra who were representing the Mid North Coast Branch.

Race referee Greg Heard praised all the teams for a great championship.

“This is the third year we’ve run the Interbranch champs in this format and this year’s event has been a great demonstration of teamwork and competitive spirit.

“It’s great for the development of surf boats throughout the state and to build capability in some of the smaller branches of our sport,” said Greg Heard. 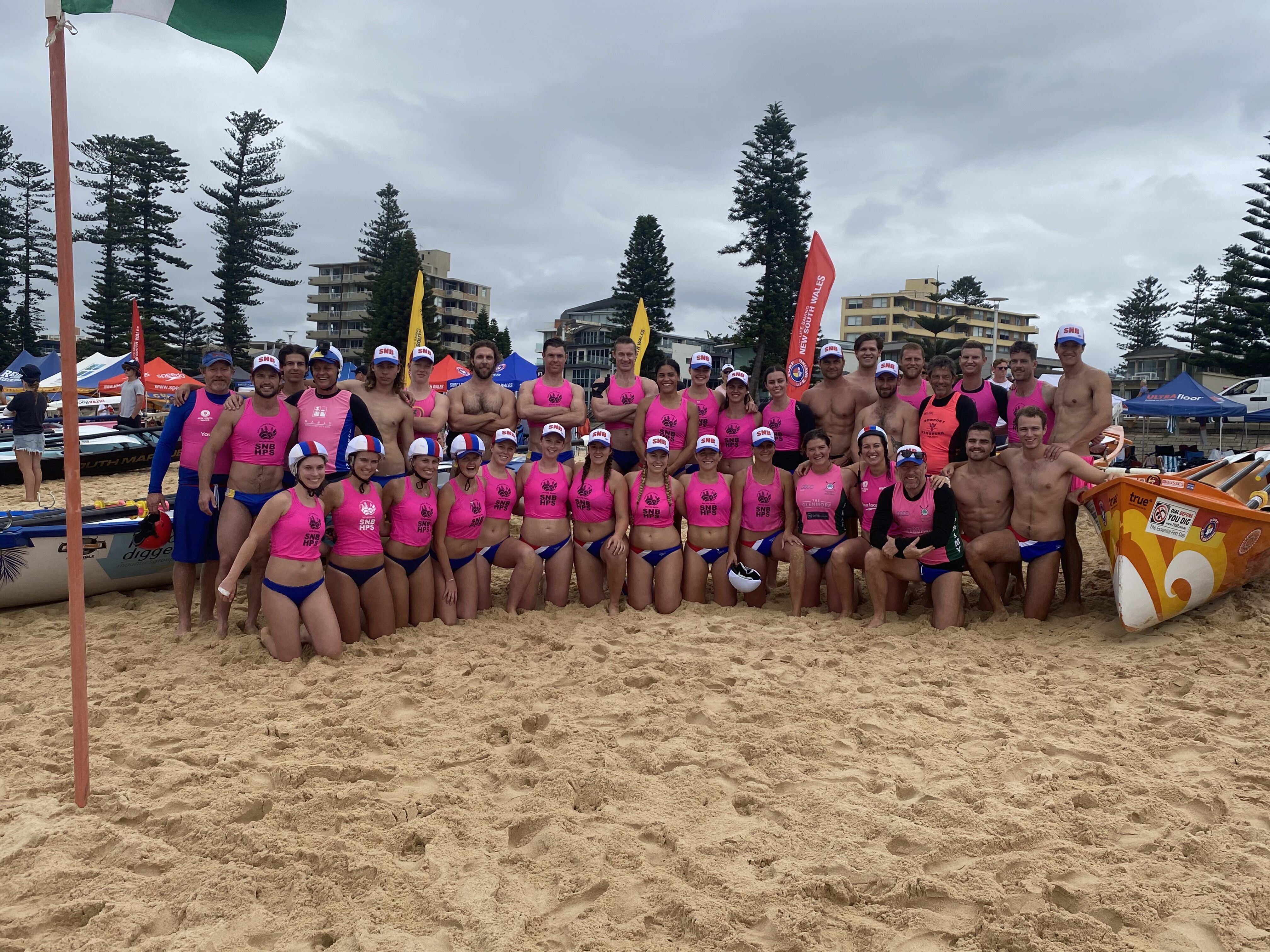 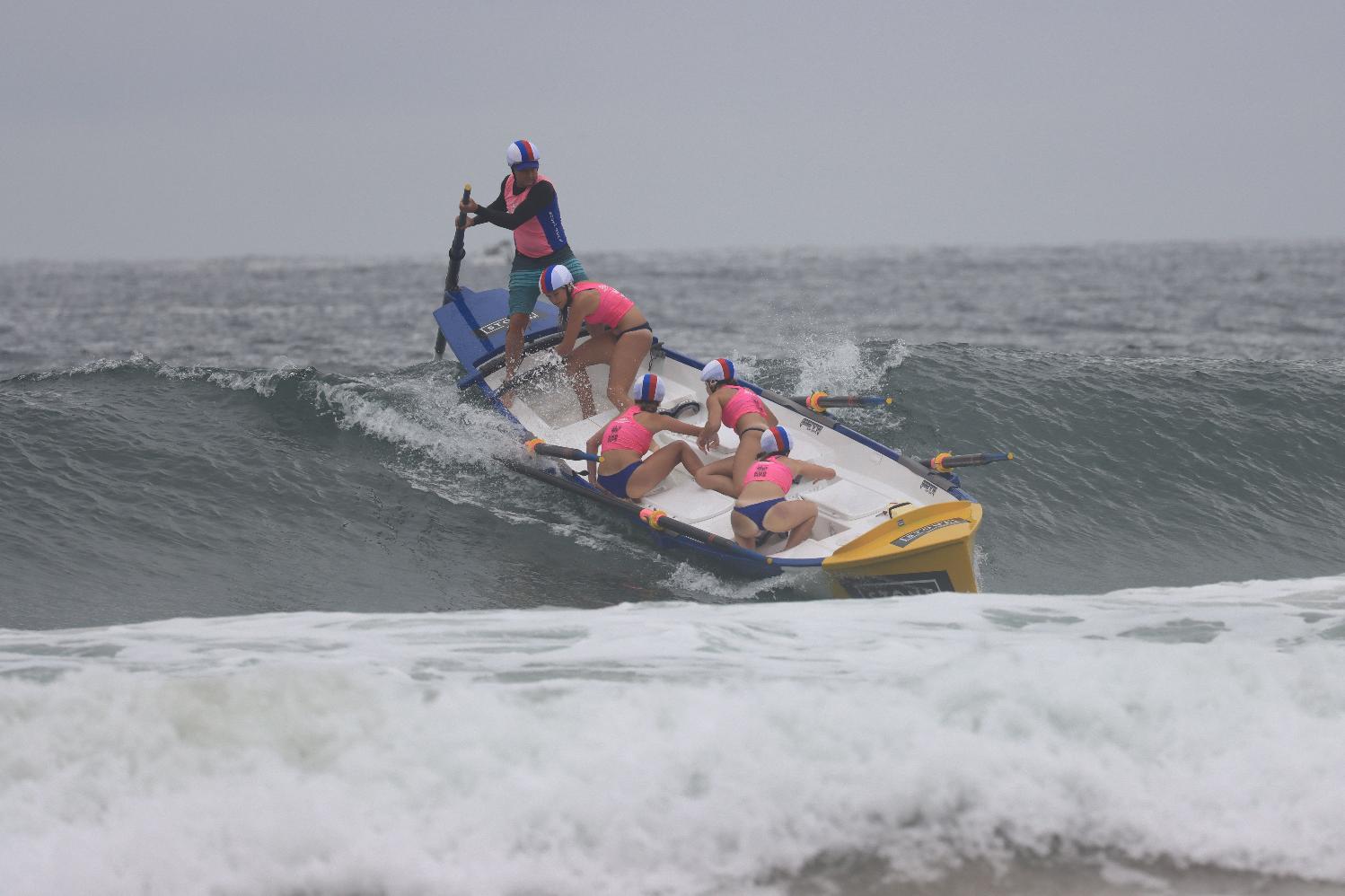