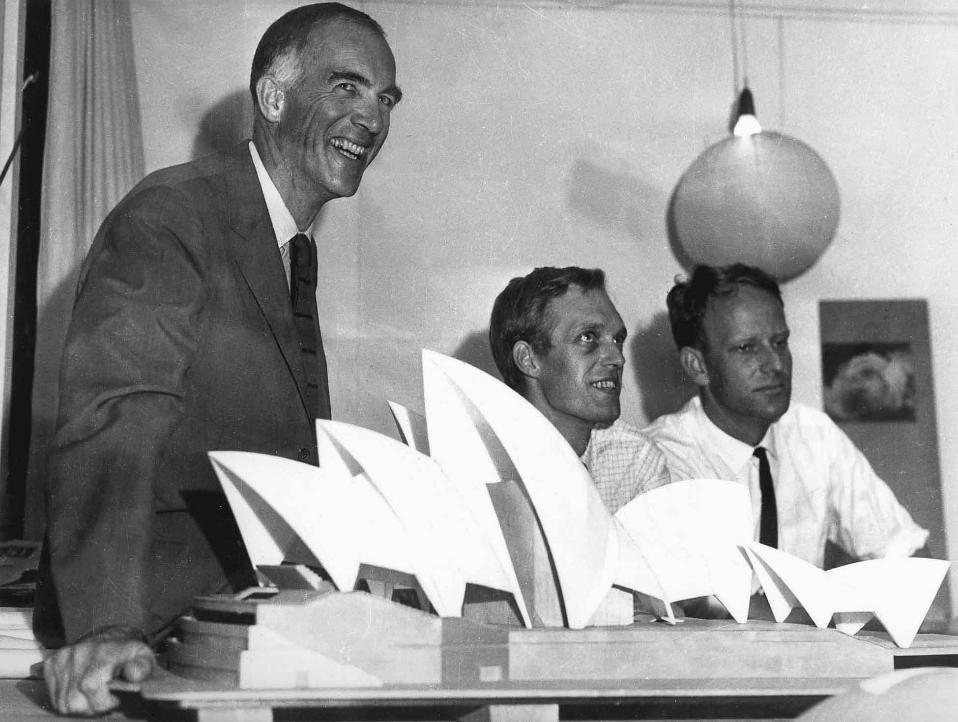 Jorn Utzon with a model of the Opera House in 1966. Photo: Geoffrey Bull - Fairfax Archives

‘From the very beginning the Opera House was conceived as an ornament for Sydney—like a pendant to adorn the neck of this beautiful city.’ Helen Pitt

The best-loved building in Australia nearly didn’t get off the drawing board. When it did, the lives of everyone involved in its construction were utterly changed: some for the better, many for the worse.

From idea to opening, it took nearly two decades, four premiers, over one million tiles and $102 million to create the 20th century’s best-known building.

Helen Pitt, author of a new book called The House, the dramatic story of the Sydney Opera House and the people who made it will be speaking on October 4th at the Avalon Surf club - an event which is hosted by Bookoccino, the bookstore.

Helen will be sharing insights about Jorn Utzon, along with the Opera House architect's links with the Northern Beaches. He lived in Palm Beach and planned to build in Bayview Heights. In fact the Utzon family has a strong connection to Pittwater, having lived in Pittwater for the duration of Utzon's involvement in the project, while Mika Utzon Popov, a Danish-born artist of Utzon's daughter Lin, currently lives in Avalon.

Helen is a brilliant speaker and will present a slideshow of rare archival materials to accompany her talk.

The book, which has gone into a second reprint is one of the great Australian focused works coming out of Allen and Unwin, who  have lined up a load of The House events to time with the 45th anniversary of the opening which falls on October 20th.

In The House Helen Pitt tells the stories of the people behind the magnificent white sails of the Sydney Opera House. From the famous conductor, the ABC boss and the state premier who conceived the project, to the two architects Jørn Utzon and Peter Hall whose lives were so tragically intertwined, and to the people of Sydney, who were alternately beguiled and horrified as the shells took shape on the harbour.

The highest segment on the roof of the Sydney Opera House is moved into position in 1967. Photo: Martin Brannan - Fairfax Archives

You may know it took more than 10,000 men from 90 different countries to build. But did you know it was women – one immigrant in particular – who gave the green light for the government to go ahead? You’ve probably heard of the Sydney Opera House lottery that paid for it, but what about the kissing party that was its flamboyant first fundraiser? You may know Paul Robeson was the first performer to sing there in 1960. But did you hear about the first party where the Easybeats were joined by Kings Cross strippers? Architect Harry Seidler was known for spearheading the move to keep Utzon in charge. But what about the Double Bay divorcee who paid to hire the Town Hall, and the ‘fasting poet’ who threatened to not eat until the Askin government brought him back?

On writing The House, Pitt says: “Like all great works, the Sydney Opera House arouses great passions. The story of Australia’s most recognisable building had a tumultuous beginning, and seems to have no end. The drama lingers still like the backwash from a Manly ferry as it ripples across Sydney Harbour.”

With access to diaries, newly uncovered letters, and classified records, as well as her own interviews with people involved in the project, journalist Helen Pitt reveals the intimate back story of the building that turned Sydney into an international city. It is a tale worthy of Shakespeare himself.

Helen Pitt is a Sydney Morning Herald journalist who has worked as the opinion and letters editor at Australia’s oldest daily metropolitan newspaper where she began her career in 1986. She has worked as a writer for The Bulletin magazine, in California for New York Times Digital, and as a television reporter at Euronews in France. In 1992 she was selected to take part in the Journalists in Europe program in Paris. Her feature writing has won the Austcare Media award and been highly commended in the UN Media Peace prize.

The extraordinary story of the 20th century's most recognisable building, with new insights into the people involved and the controversy that surrounded its construction.

The best-loved building in Australia nearly didn't get off the drawing board. When it did, the lives of everyone involved in its construction were utterly changed: some for the better, many for the worse.

Helen Pitt tells the stories of the people behind the magnificent white sails of the Sydney Opera House. From the famous conductor and state premier who conceived the project; to the two architects whose lives were so tragically intertwined; to the workers and engineers; to the people of Sydney, who were alternately beguiled and horrified as the drama unfolded over two decades.

‘Australia in the 1960s and 1970s - mullets, platform shoes and, miraculously, the Opera House. At least we got one of them right. A great read.’—Amanda Keller, author and radio presenter

‘A Shakespearean drama of intrigue, misunderstanding, deception, the human failure enacted by Goossens the music visionary, Utzon the architect, Arup the engineer, NSW Government and the replacement architect Hall. All were losers except the people of Australia who gained the Sydney Opera House.’—Professor Philip Cox AO, COX Architects