For the 2017-18 year the organisations have identified that there were 249 drowning deaths across Australia. Including:

Minister for Sport, Senator the Hon Bridget McKenzie said the Coalition Government is committed to reducing drowning in Australia.

“We are nation of water lovers and thanks to decades of campaigning we have brought our drowning rates down – but we need to move the dial even further.”

“I especially want to encourage regional Australians to be alert around all waterways including rivers, creeks, dams and beaches. Keep an eye on your children, family and friends, and if you see someone being unsafe or struggling – raise the alarm,” she said.

The Royal Life Saving National Drowning Report shows that there were 249 drowning deaths and an estimated 551 hospitalisations resulting from non-fatal drowning incidents across Australia between 1 July 2017 and 30 June 2018.  The figure is a 14% decrease on 2016/2017.

Royal Life Saving Society – Australia, CEO, Justin Scarr said, “This is the lowest number of drowning deaths ever recorded in Australia. The figures show that drowning prevention initiatives continue to reduce the impacts of drowning across most waterways and age groups. However, we cannot be complacent about water safety.”

“Toddler drowning deaths have been dramatically reduced over time, yet drowning continues to be one of the leading causes of accidental death of children aged under 5 years. Swimming and water safety education remains a key priority for all school aged children.”

The Surf Life Saving National Coastal Safety Report 2018 reveals that 110 coastal drowning deaths occurred in the past year which is above the 14 year average of 99 drowning deaths.

Speaking at today’s launch SLSA President Graham Ford AM said “We are both pleased and saddened to present this report. While it demonstrates many actions that have been taken and lives saved, it also represents the tragic story of lives lost at our beaches.

“The report also recognises the 10,249 rescues that were conducted around the country by our SLS volunteers.

Solutions to big issues are best built with others, and together Royal Life Saving Society – Australia and Surf Life Saving Australia are working to prevent drowning across the country.

“Surf Life Saving is delighted to be working with Royal Life Saving and the Government to reduce these incidents from occurring in the future” said Mr Ford.

Key findings from the National Coastal Safety Report 2018 include:

Lifesavers On Alert, Drownings Up

Beachgoers looking to make the most of a warm start to spring this week are being urged to take water safety seriously with volunteer surf life saving patrols still more than a fortnight away.

The warning follows the release of the National Coastal Safety Report today in Canberra which highlights a number of NSW-specific trends.

NSW again accounted for a significant percentage of coastal drownings after 39 people lost their lives during 2017/18.

The data for NSW identifies the most at-risk groups are men (89% of total drownings), swimmers aged 20-29 and rock fishers between the ages of 40 and 45.

While the fatalities are overwhelmingly male, there was a spike in the number of women who drowned last season with seven deaths recorded.

A continuing concern for surf lifesavers is that almost two thirds of fatal incidents occurred less than 1km from a lifesaving service but outside the patrolled area.

Almost half of the coastal drownings this season occurred between the hours of 12pm and 6pm. This statistic is also concerning as it suggests that the message about swimming at a patrolled location isn’t getting through.

“With the patrol season just weeks away we want to reiterate our key message to only swim at a patrolled location where help is close by,” said SLSNSW CEO Steven Pearce.

There are some beaches across Sydney which are currently patrolled by council lifeguards.

“The data released today shows that rock fishing remains an extremely dangerous past time and the second biggest cause of death on the NSW coastline. We urge anglers to take simple precautions such as wearing the correct safety gear including a lifejacket, always fish with a friend, take care when getting on and off rock platforms, and to never turn their back on the ocean.

“This report makes for some sobering reading and reinforces the importance of the incredible contribution our lifesavers make on the beach each year,” he said.

• Always swim between the red and yellow patrol flags, for your nearest patrolled beach check the BeachSafe app or website

• Always swim with someone else so you can look out for each other, and always supervise children around the water

• Never swim under the influence of alcohol or drugs

• If you need help in the water, stay calm and attract attention by raising one arm

• Don’t forget to be sun safe by remembering to: Slip on some protective clothing, Slop on some sunscreen, Slap on a hat, Slide on a pair of sunglasses, Seek some shade and Sip on lots of water to stay hydrated.

• For information about patrol times, weather, and beach locations visit the Beachsafe Website or Download the App 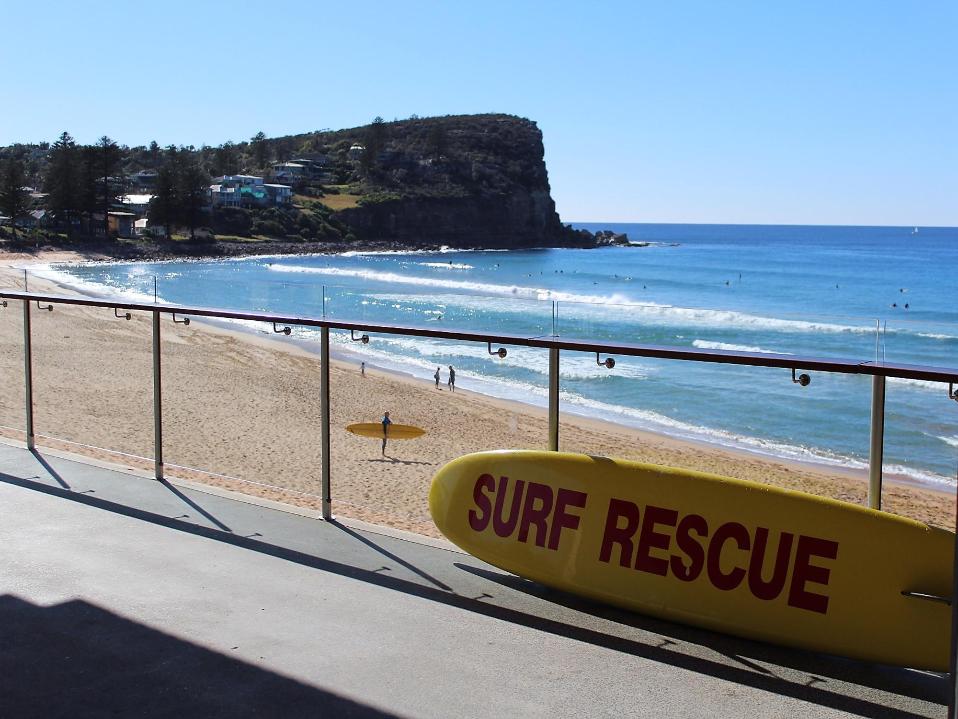