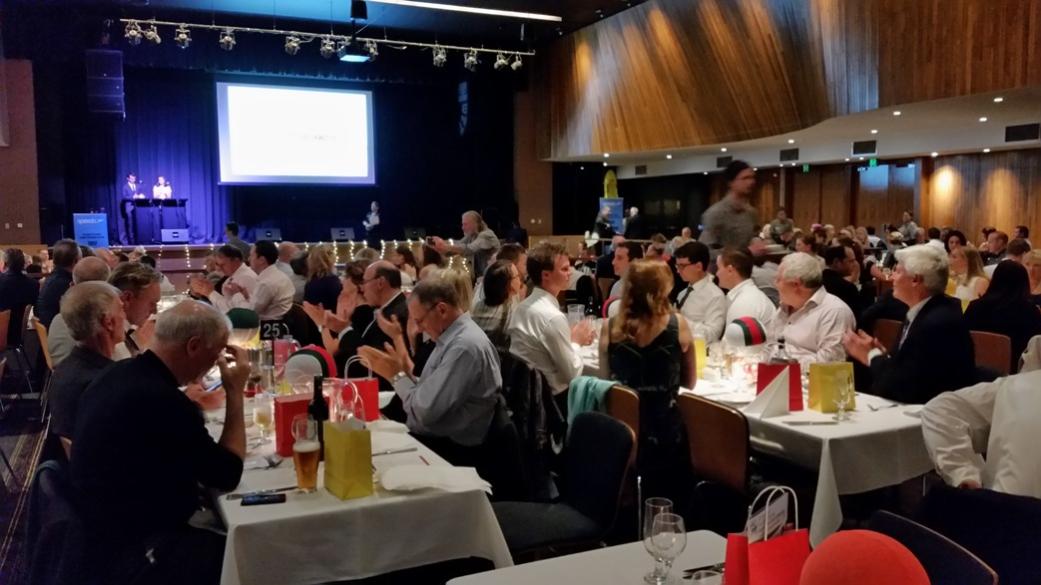 " For me it's a natural instinct. I’m always sticking my nose in if I think somebody needs help with something, whether it’s crossing the road or getting something off the high shelf in the supermarket or whatever it is, my natural instinct is to offer to help.

To me it’s nothing to give up a night a week for a couple of months so 50 kids can get their Bronze. To me it’s not a hardship, or being a do-gooder, it’s simply what I enjoy doing." the lady explained when we spoke to her for a Profile in 2015.

Louise with her award - photo by Roger Sayers