In May the NSWRL announced it was working towards a plan for Rugby League to re-start full contact training from July 1st and competitions from July 18 for junior and senior football in line with government and medical advice over the coronavirus protocols.

In the Manly Warringah JRFLC's competition will go for 10 rounds, finishing with the grand finals on 26/27 September.

On July 15 the NSWRL announced a two-week delay to the planned July 18 start of community football competitions in south-western Sydney due to the current COVID-19 outbreak in the area.

NSWRL Chief Executive David Trodden said the health and safety of participants, officials, spectators and the wider community remained the primary concern, with the competitions for under 6s to A-grade in these areas only now delayed until August 1st. The competitions affected were within the Wests Tigers Macarthur and Canterbury Districts and Group 6 Region.

“We have always maintained through this pandemic that we would remain flexible in our approach and fall in line with the most up-to-date information from the Government and health experts at that time,” Mr. Trodden said.

“While everyone has worked hard to get footy re-started and we would love to be kicking off across the entire state this weekend, it is important we remain vigilant to stop any potential avoidable spreading of the coronavirus.”

Individual teams (from those areas) playing in Combined Conference competitions would not be able to participate for two weeks, but those competitions would continue under rule changes implemented by the NSWRL to adhere to government COVID-19 guidelines. The matches missed will be registered as a draw for both teams.

The announcement impacted on the Round 1 game for the U20's Bulldogs team against the Mascot Juniors on July 19th, both teams recording a 'drawn' in the ladder for the 10 teams in the U20's Sydney Metropolitan Rugby League competition for 2020.

Their first competition game was then played on the Sunday, August 2nd, at their home ground, Hitchcock Park, Careel Bay and meaning that at a time during the season when most teams have hit their stride and are fully warmed up, this team was starting cold and their first game would be against a team that had already had a start, the Coogee Randwick Wombats having played the Ryde Eastwood Hawks on July 26th with the Wombats coming home with 34 to the Hawks 6.

The visitors were first to score at Hitchcock Park on August 2nd in Round 3 of the 2020 competition, with the Bulldogs fighting back and keeping on keeping on throughout the game. The Wombats came home strong in the second half, scoring successive tries in the final quarter with the Bulldogs fighting every step of the way, with the southside team winning this match up, 20 to 14.

Then on Thursday August 6th, the Avalon U20's team had to play their Round 2 match with a win to the Bulldogs against the Doonside Roos at Riverstone Park - final score being 18-16 with the Bulldogs victors.

This Sunday, August 9th, they're scheduled to play the Liverpool Catholic Club on their home ground, making it 3 games in one week for the Bulldogs U20's - Rounds 3, 2 and 4.

The game prior to the home team on their home paddock was current ladder leaders the Narrabeen Sharks match up with the Ryde Eastwood Hawks. This was a game of two contrasting halves with the Hawks obviously out to redeem the margin between themselves on their opponents during their Round 2 game from the outset. The second half of the match was dominated by the Sharks who finished 34 to the Hawks 22. They host the Mascot Juniors on their home field for their Round 4 match.

Narrabeens' Round 1 game was against the Earlwood Saints JRFC U20s - the team that defeated Narrabeen 28-24 to become the Premiers 2019. The first game for 2020 for the Sharks was forfeited by the Saints - meaning a strong affirmative start for the Sharks after 2019.

Bulldogs Life Members Paul Collins and Brian Friend OAM along with the great backbone team always front and centre at Hitchcock park from the early am Under 6's games on Saturdays through to the senior divisions matches on Sundays were front and centre again last Sunday and yesterday, August 8th. Like the Newport Breakers Rugby Union support team, the grounds had been set up to meet NSW Government current protocols, including visitors being required to register attending a match. 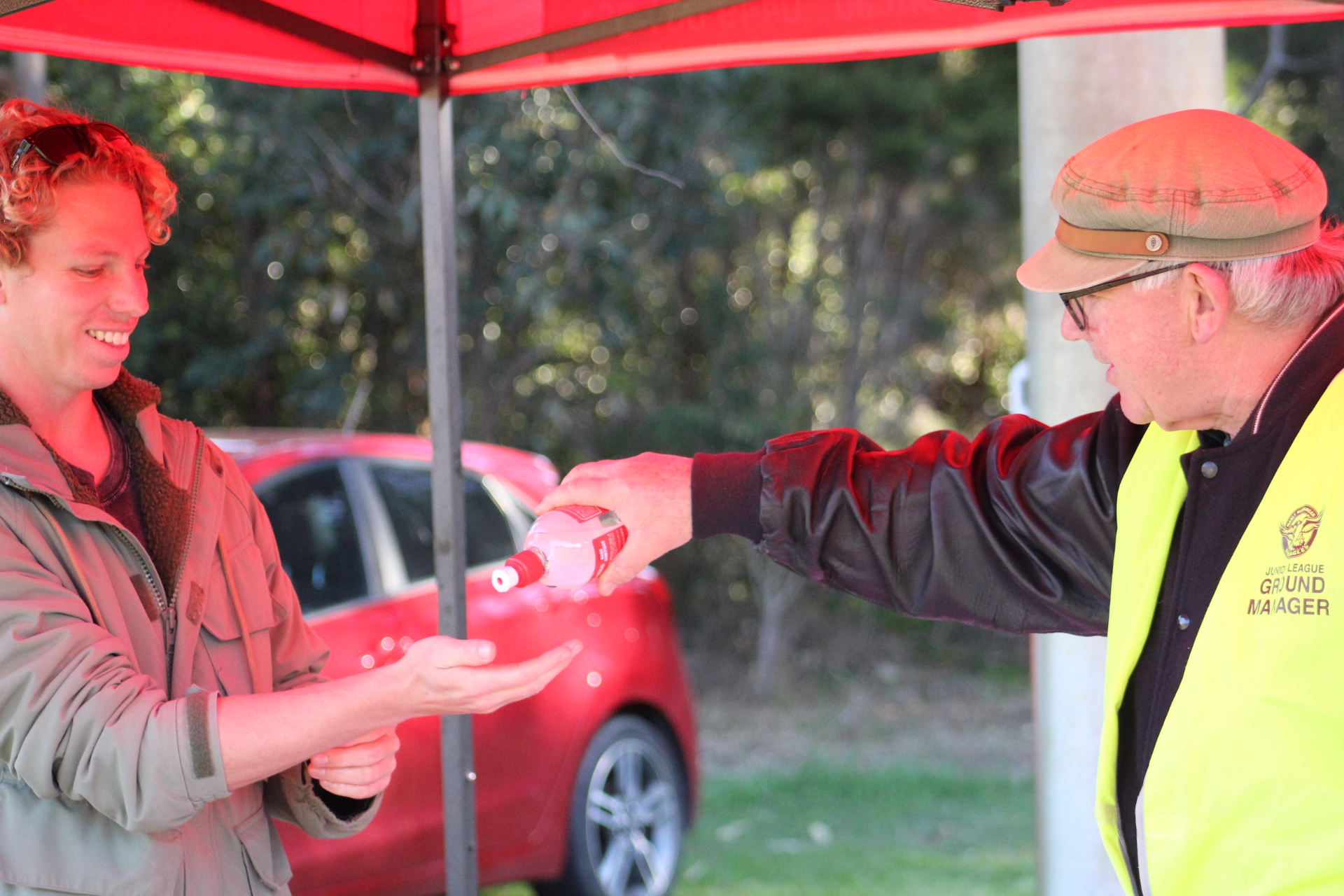 When they're not on the field, pushing each other to go harder, or clapping each other on the back after another great game, they're looking out for each other in any other way they can.

This week the NSWRL was thrilled to announce a partnership with Score Zone that will see free football boots worth $250,000 donated to junior players aged 12 and under from clubs and towns across the NSW South Coast that were affected by the bushfires last summer.

The goodwill gesture is part of a wider relief package devised by the NSWRL in February to assist regional Rugby League Clubs affected by the bushfires and comes after competitions resumed across the state on 18 July after being suspended over the COVID-19 pandemic.

“This has been a tough season for everyone and particularly for the communities and local clubs across NSW that are still coping with the effects of the bushfires,” Mr. Trodden said on Thursday.

“The NSWRL wanted to help out wherever we could and I’d like to thank Score Zone for supplying the new range of blue football boots so we can get kids back on the field playing footy.

“I hope they enjoy wearing them as much as we have in handing them out and I wish them all the very best for the rest of the season.”

Score Zone Managing Director Greg Parker, who along with Mr. Molihan boast long and distinguished careers in Rugby League having covered it for the Seven Network, said the boots included a unique ‘red dot’ design which teaches junior players the correct way to kick a ball.

“Boys and girls in all codes need to know how to get the basics right - right from the start - and Score Zone helps them from their first kick,”  Mr Parker said this week.

“Having spent so much time with the Blues it was the perfect way to launch Score Zone boots which are for all boys and girls and all codes.''

How cool is that?

The results for the two local U20's teams so far this season run below - further down some photos from their Hitchcock Park 'Doggie Dome' games.

Two Pittwater Online News albums are available for those who want some photos for their own Family Albums.

Avalon Bulldogs U/20 V.  Mascot Juniors U/20 was cancelled.

home team Liverpool Catholic Club U/20 (2) Vs. away Team Avalon Bulldogs U/20 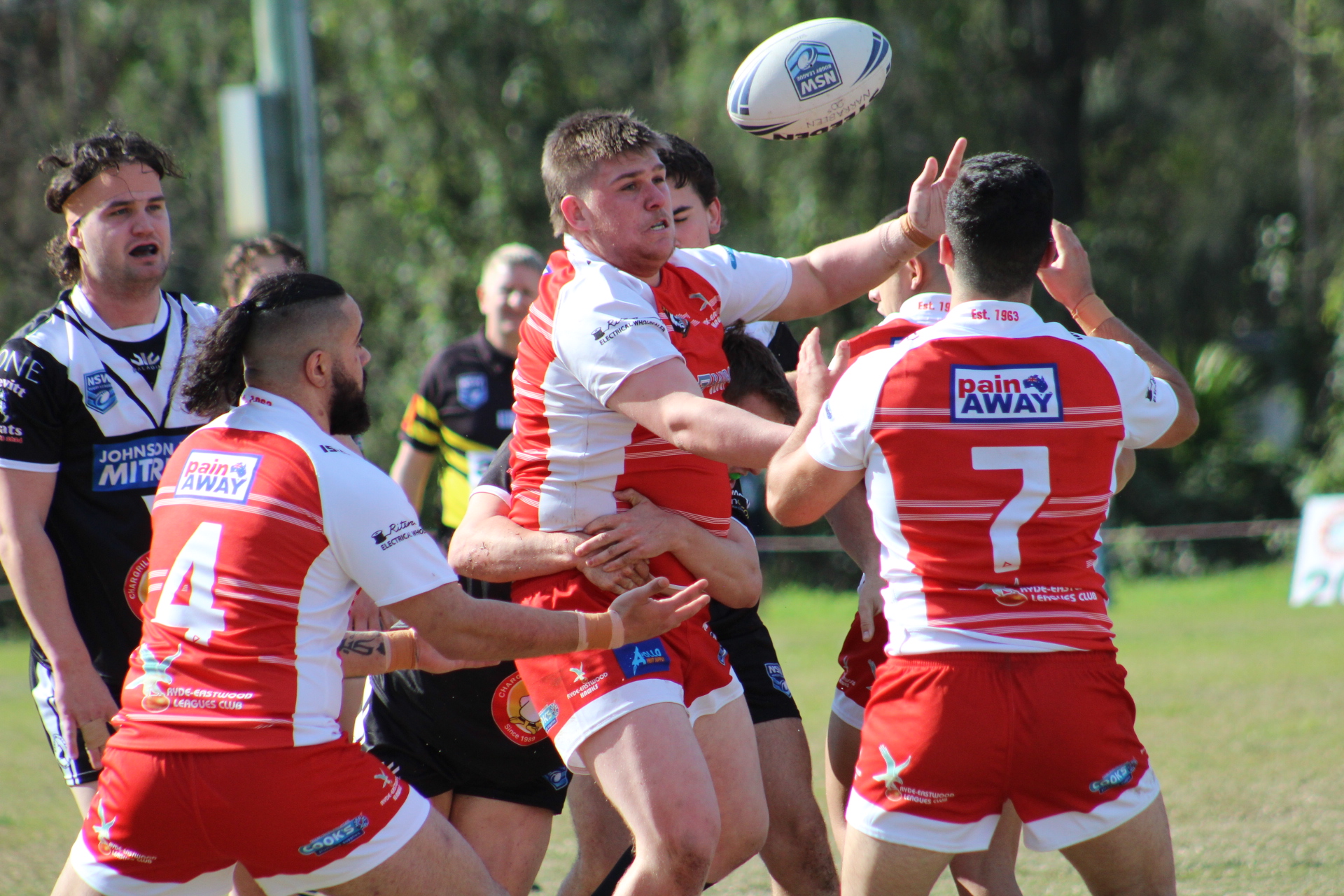 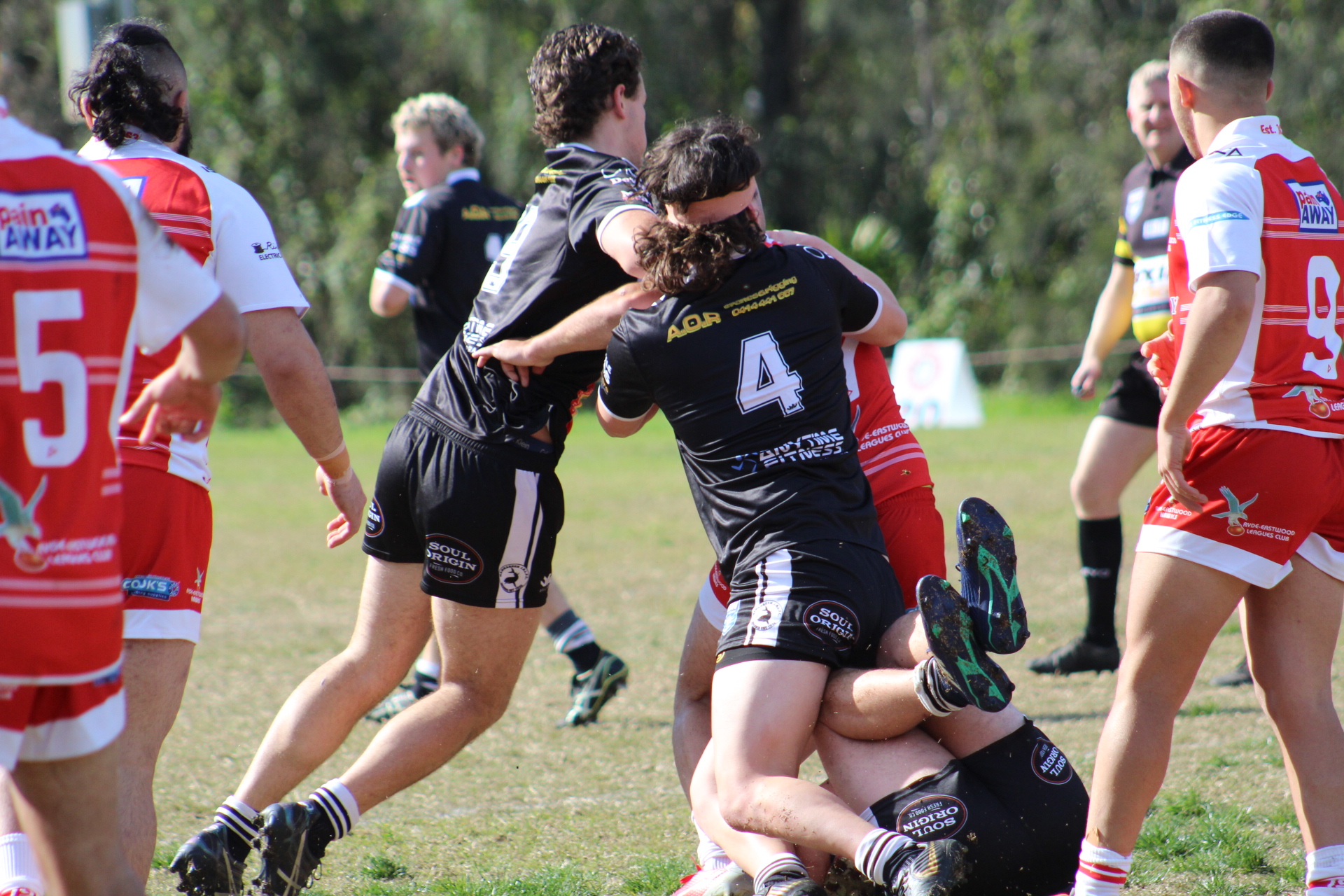 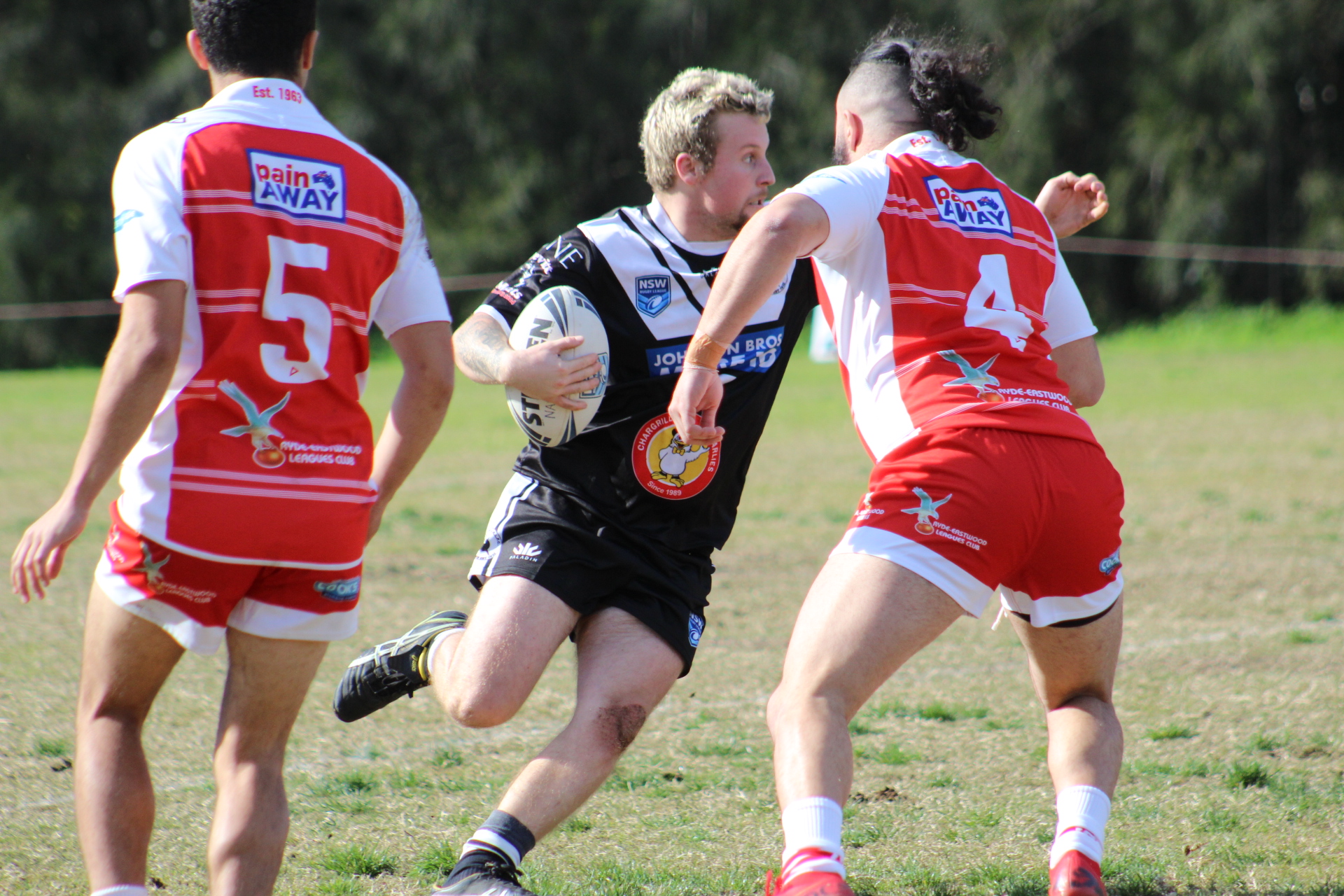 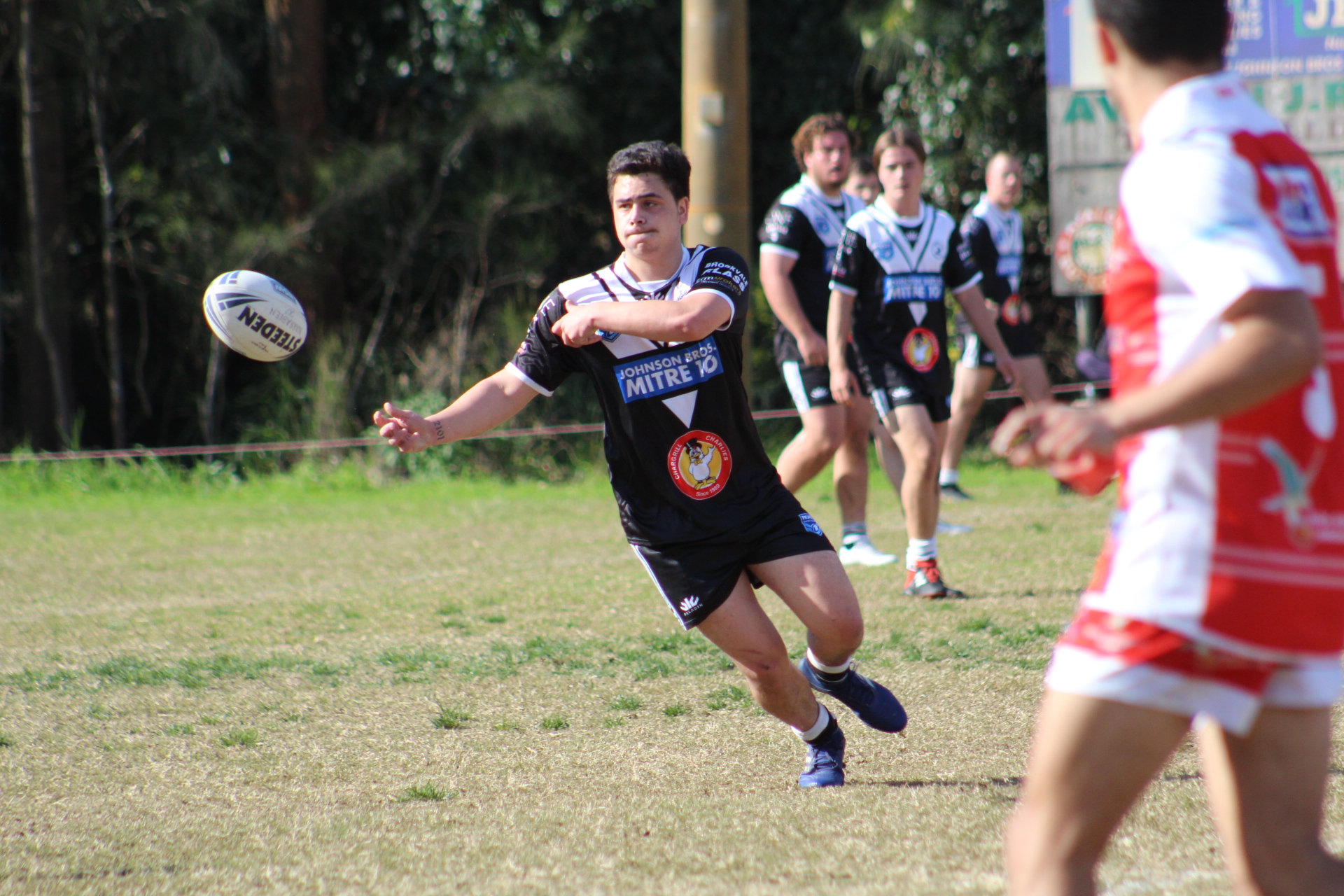 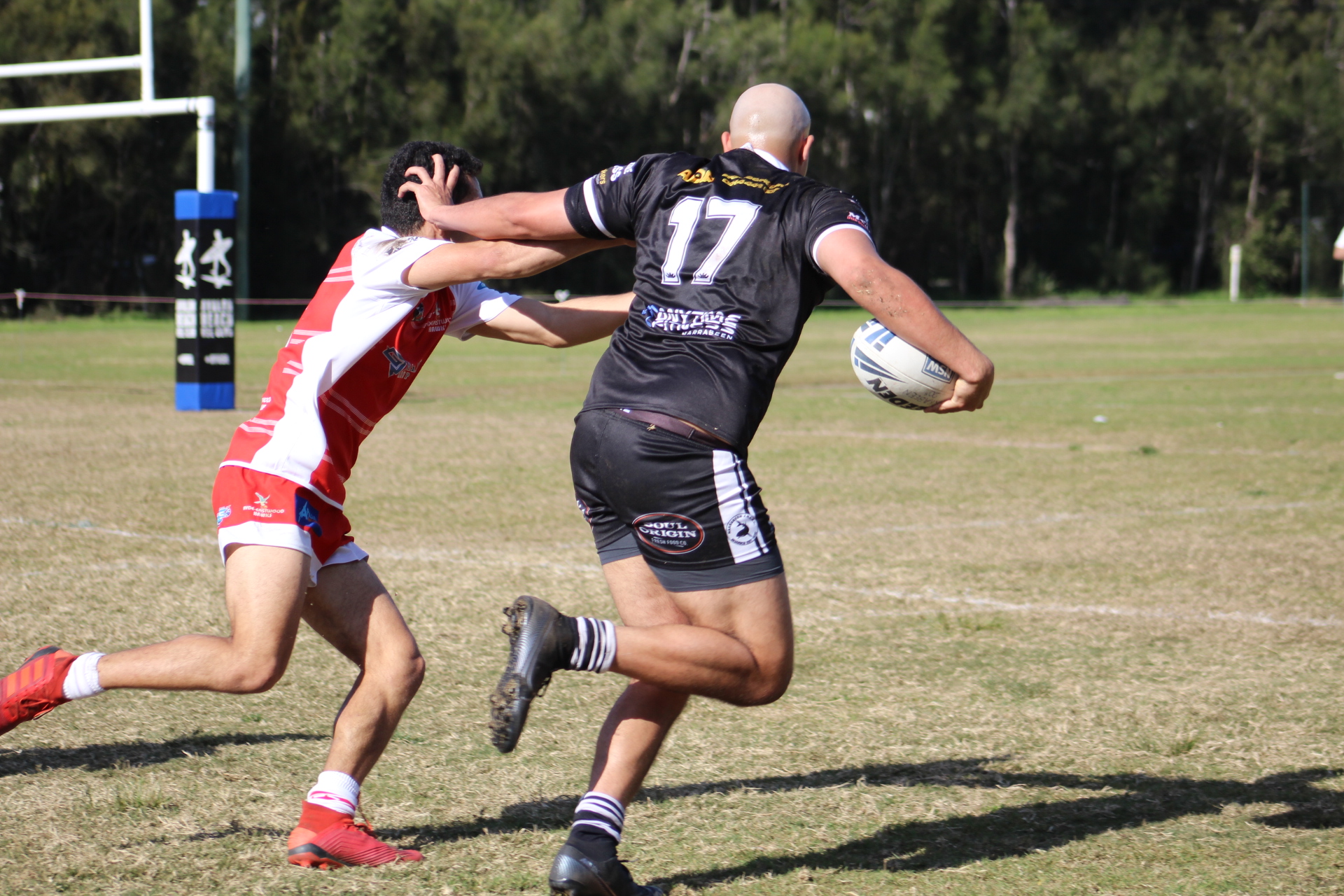 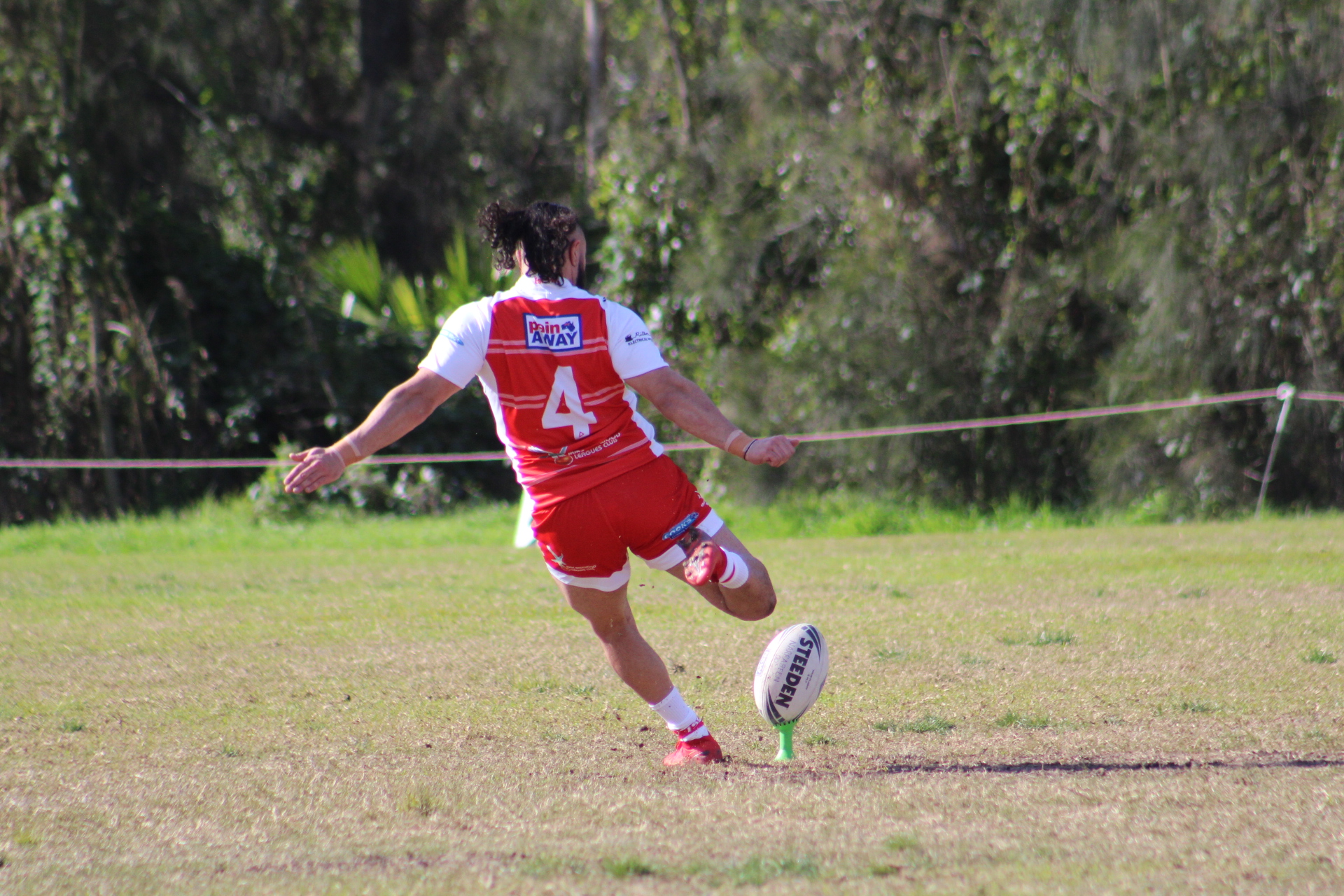 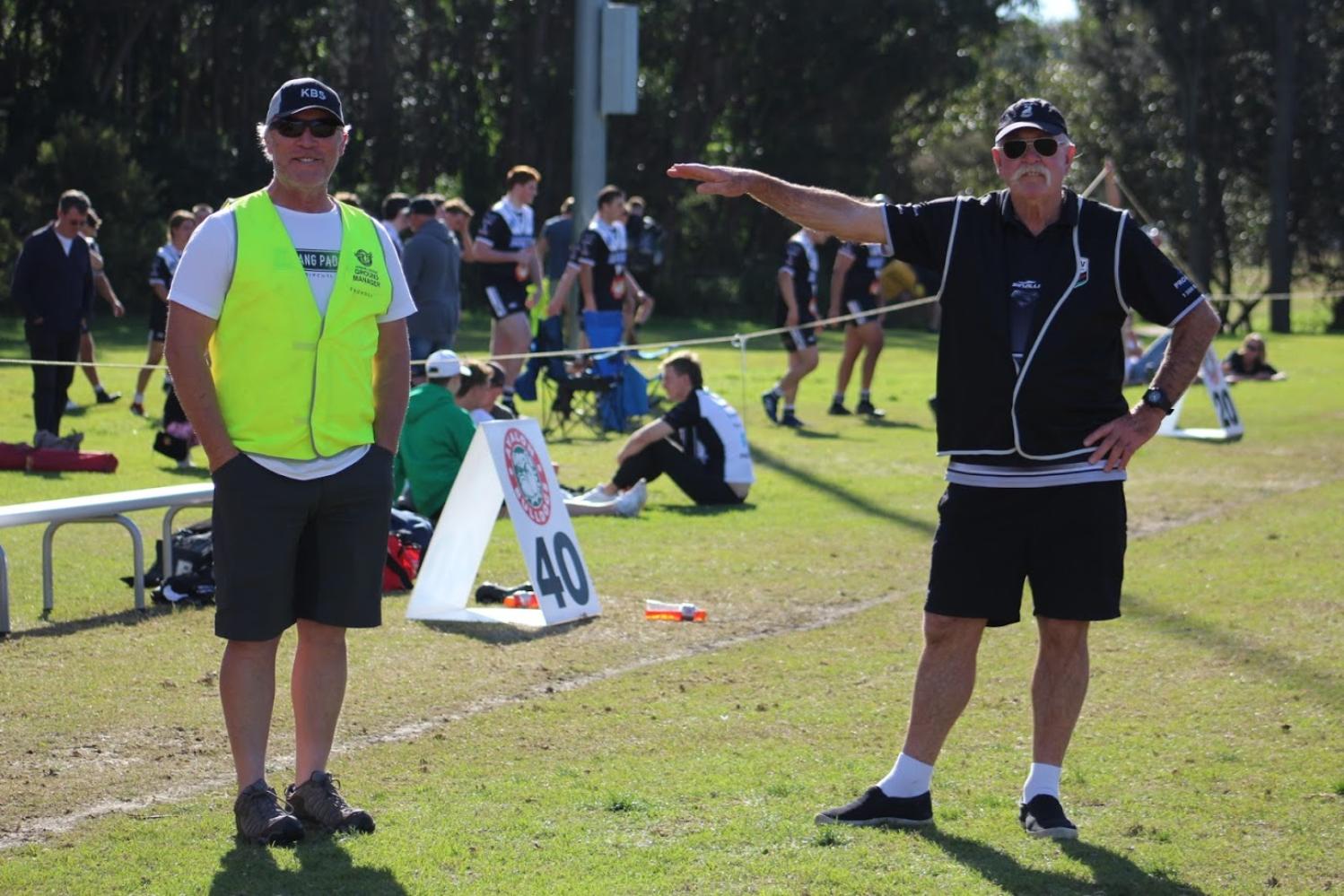 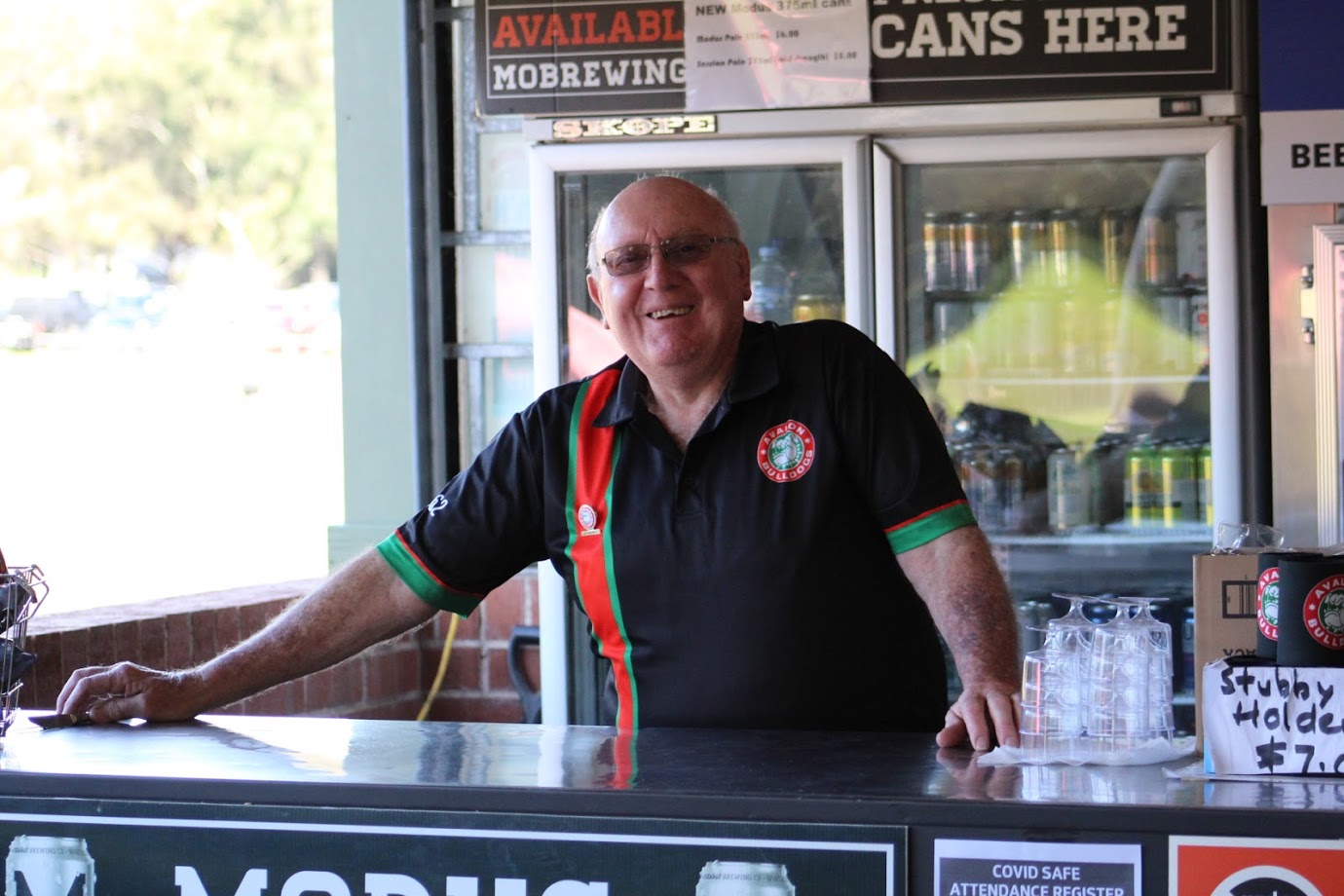 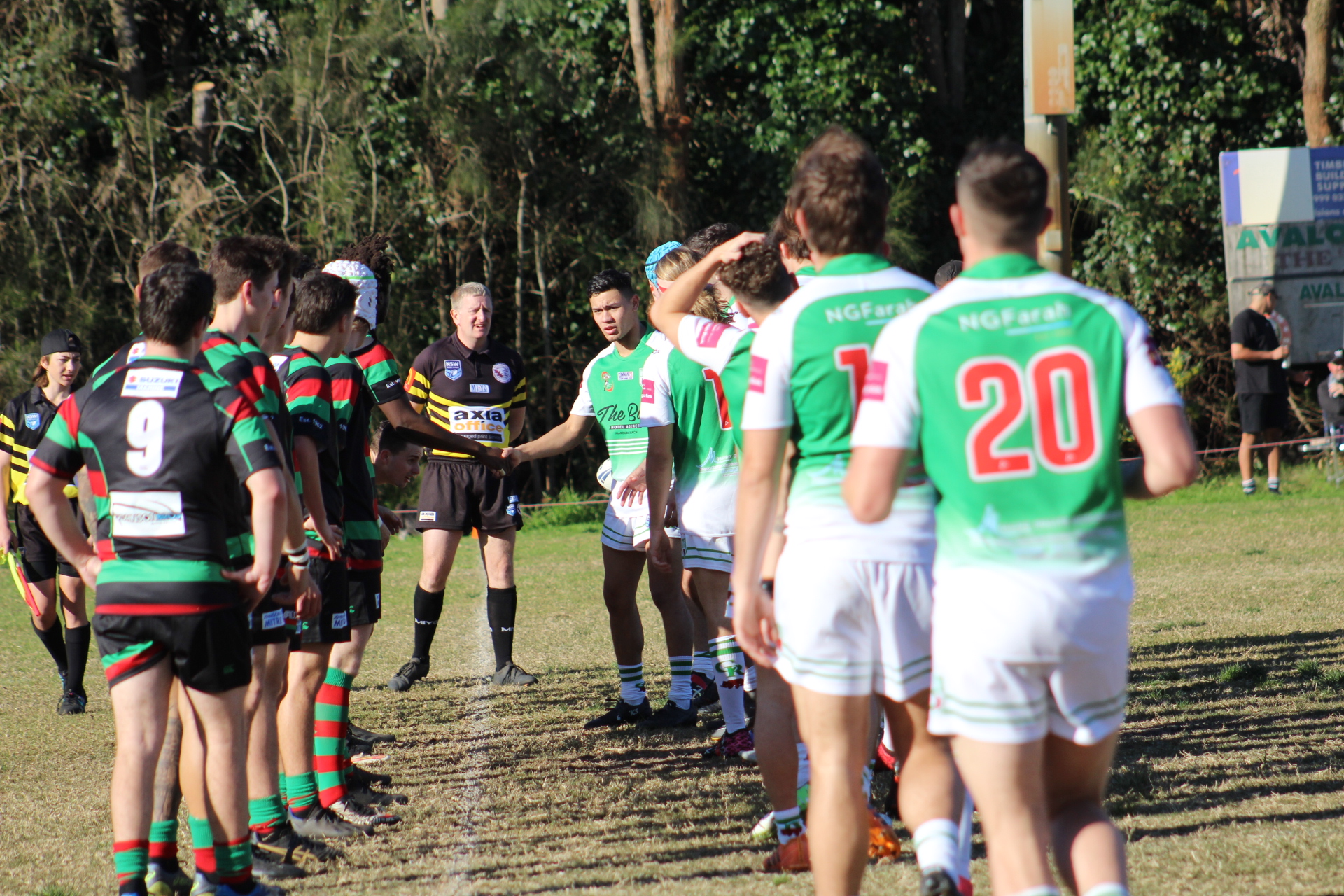 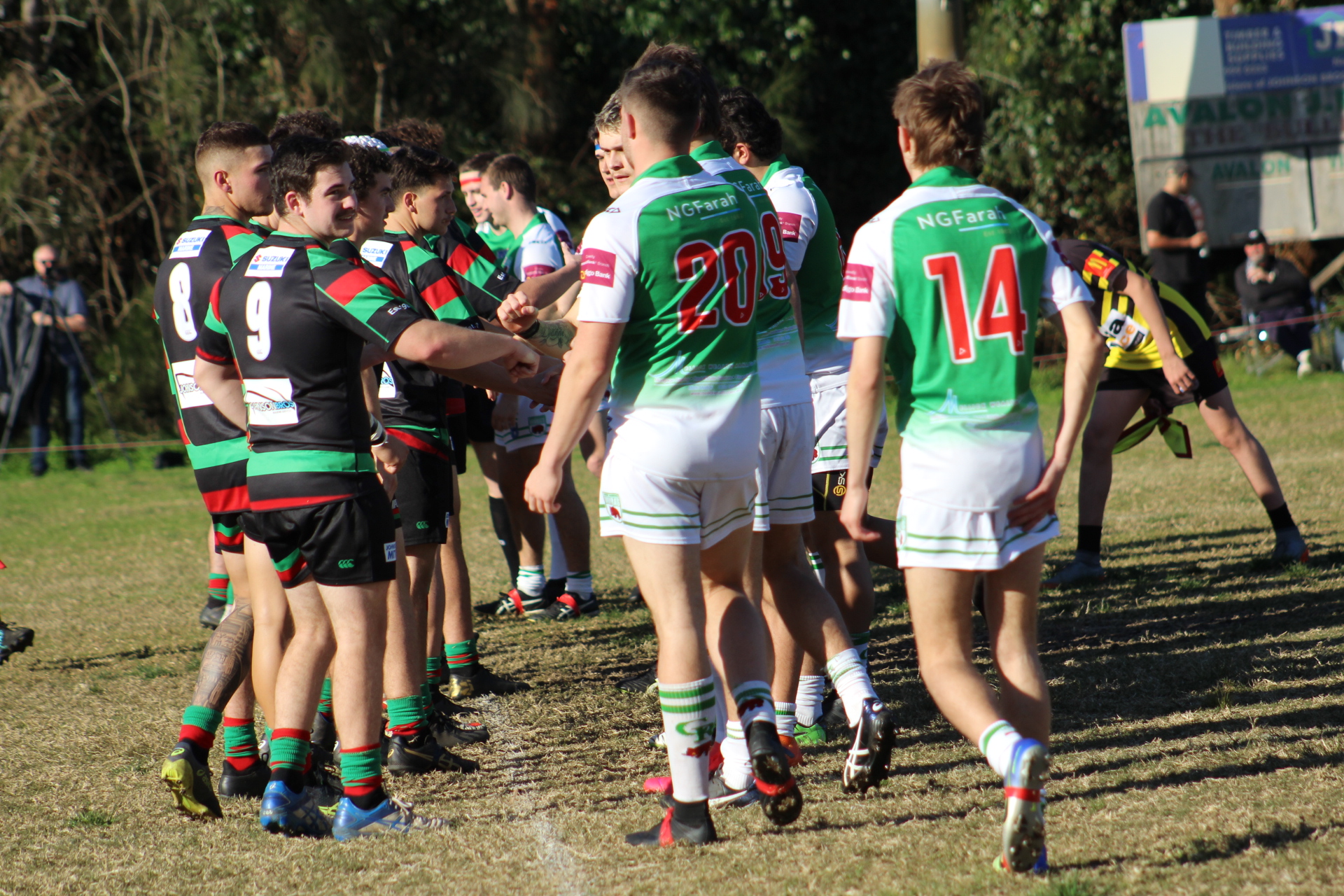 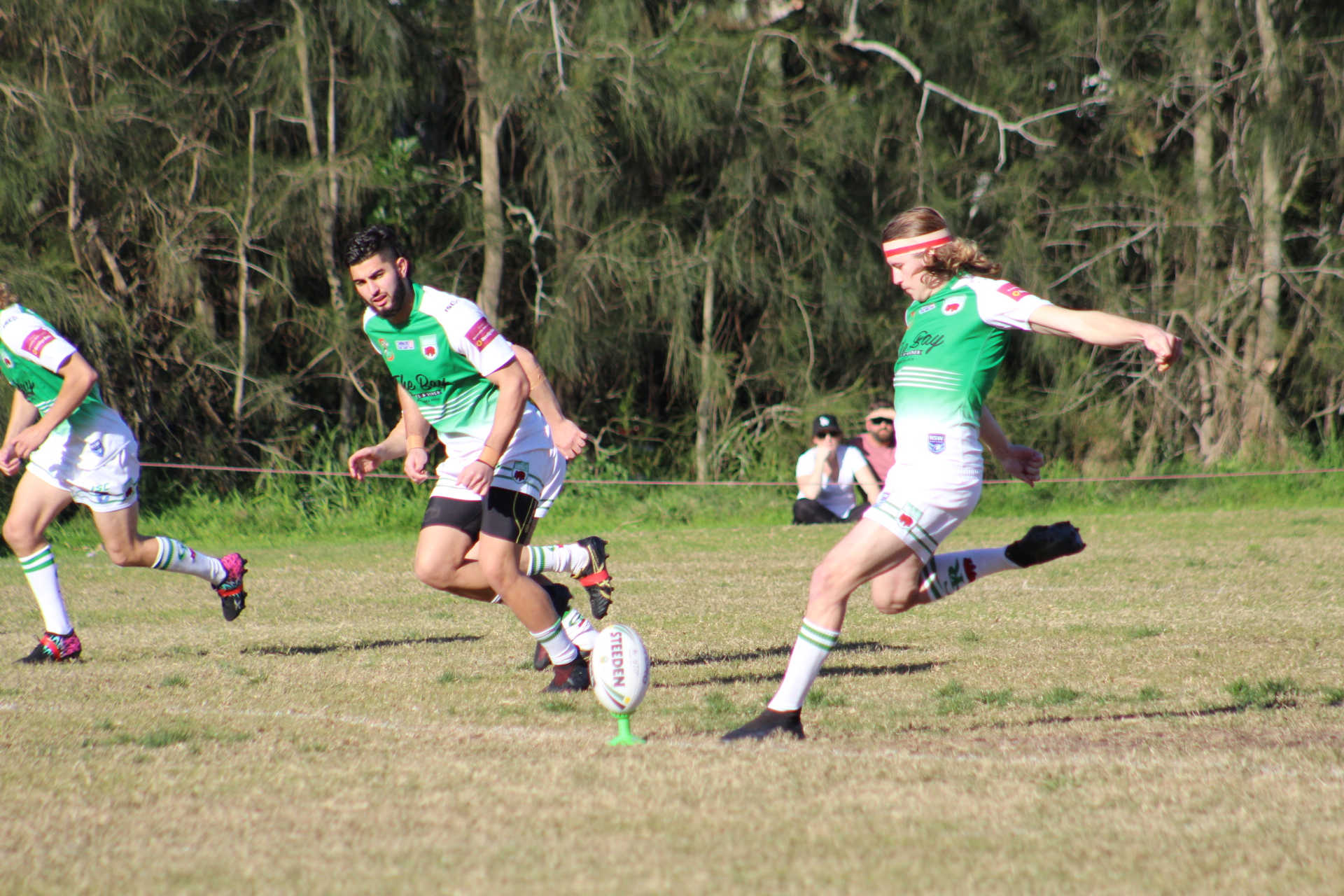 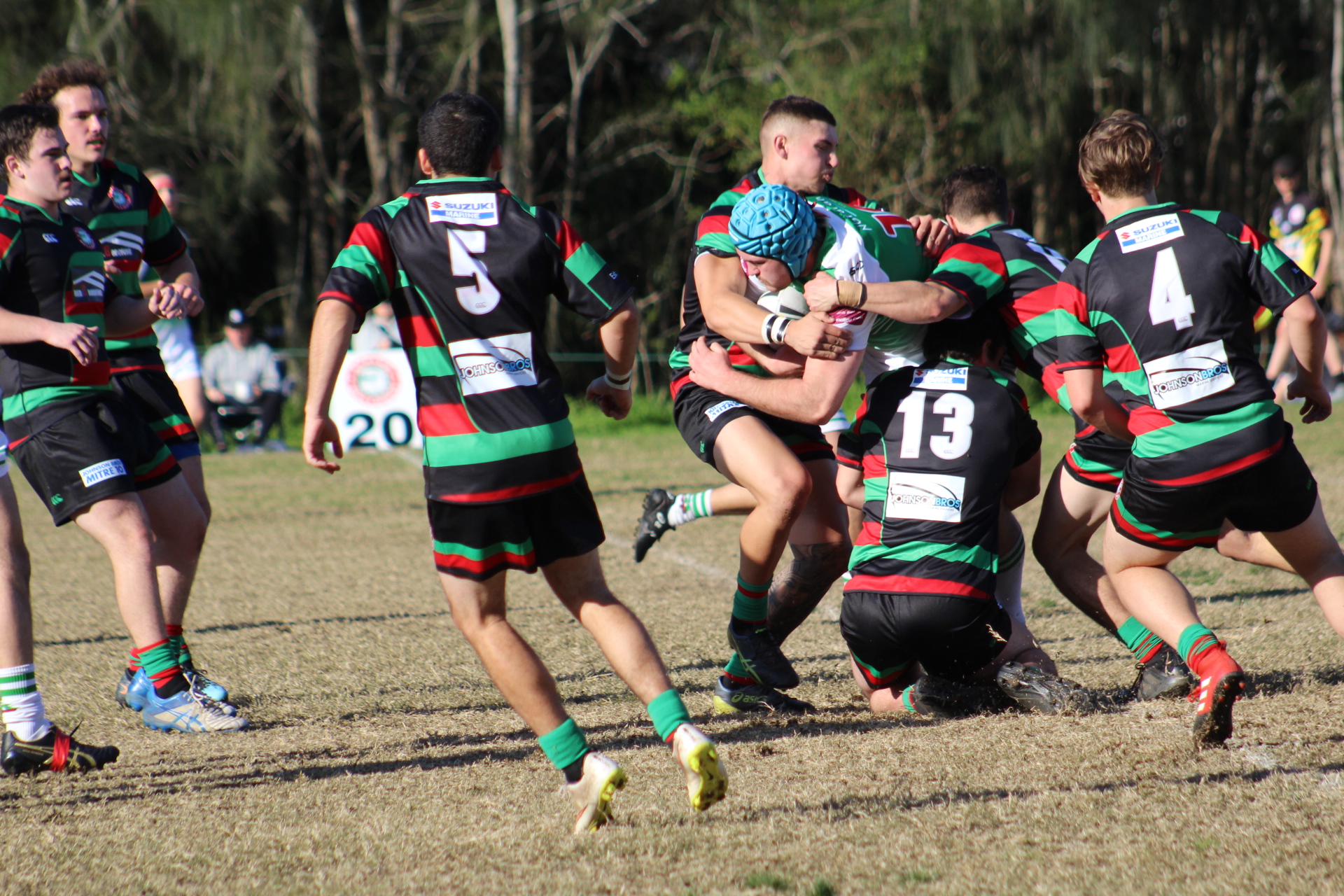 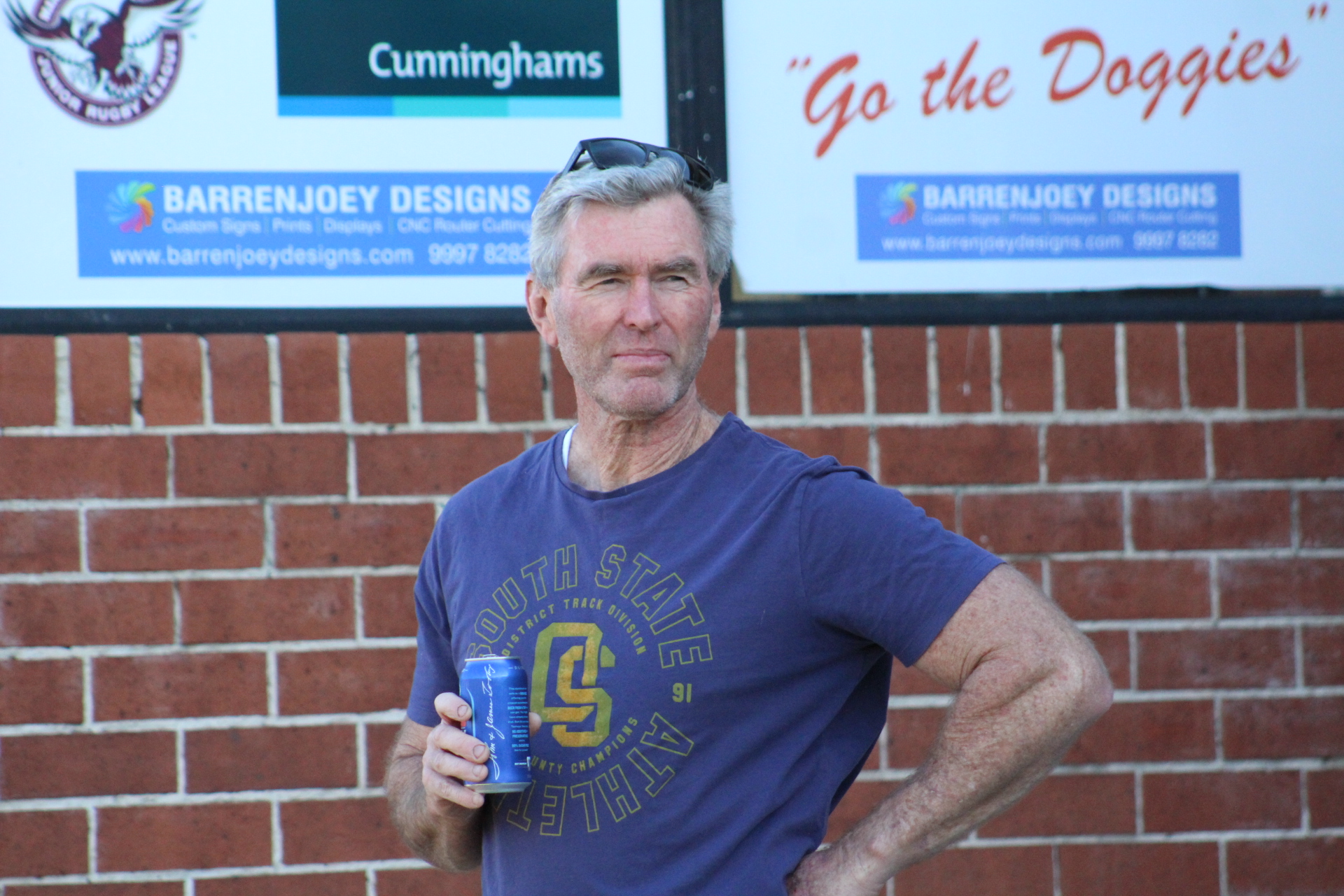 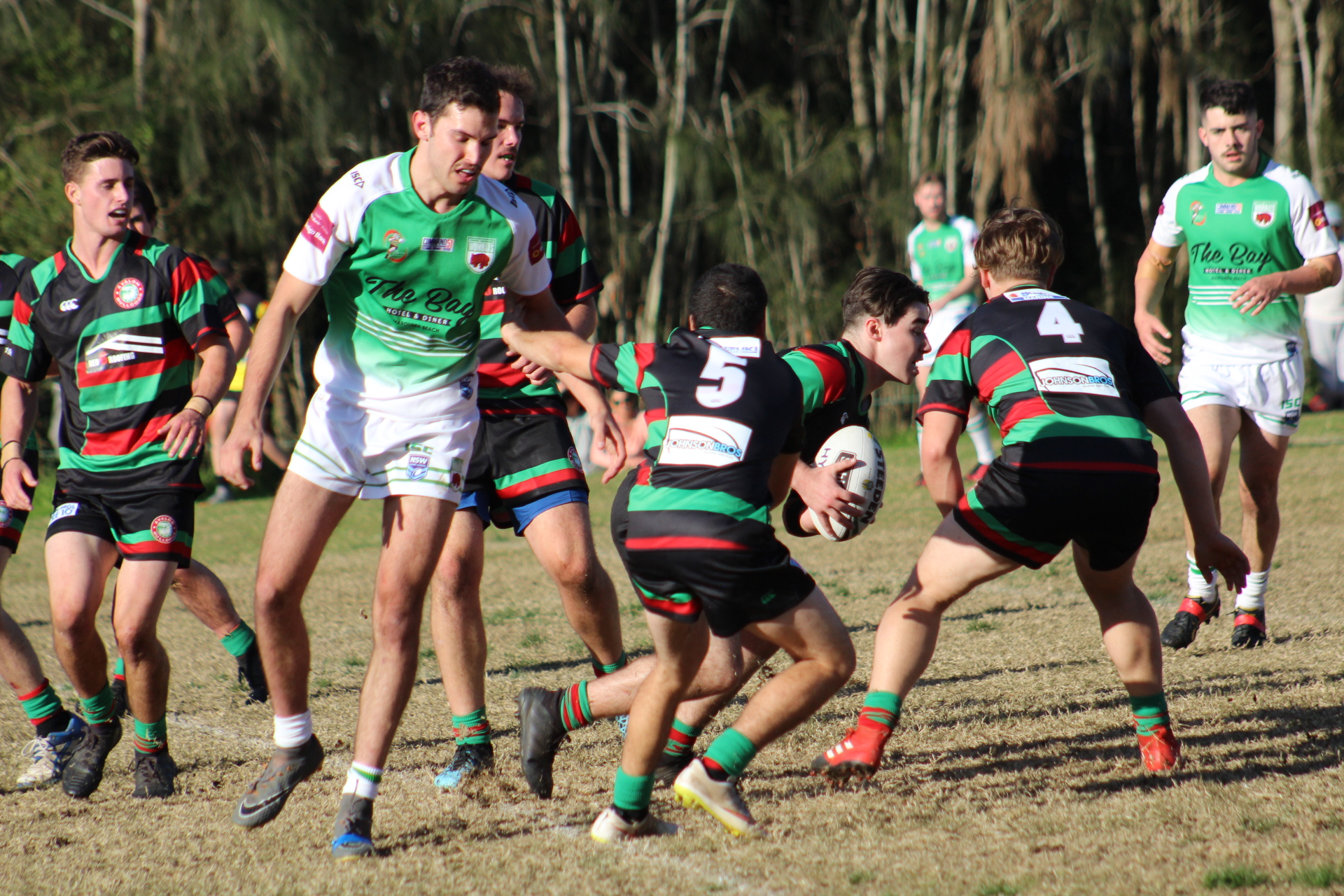 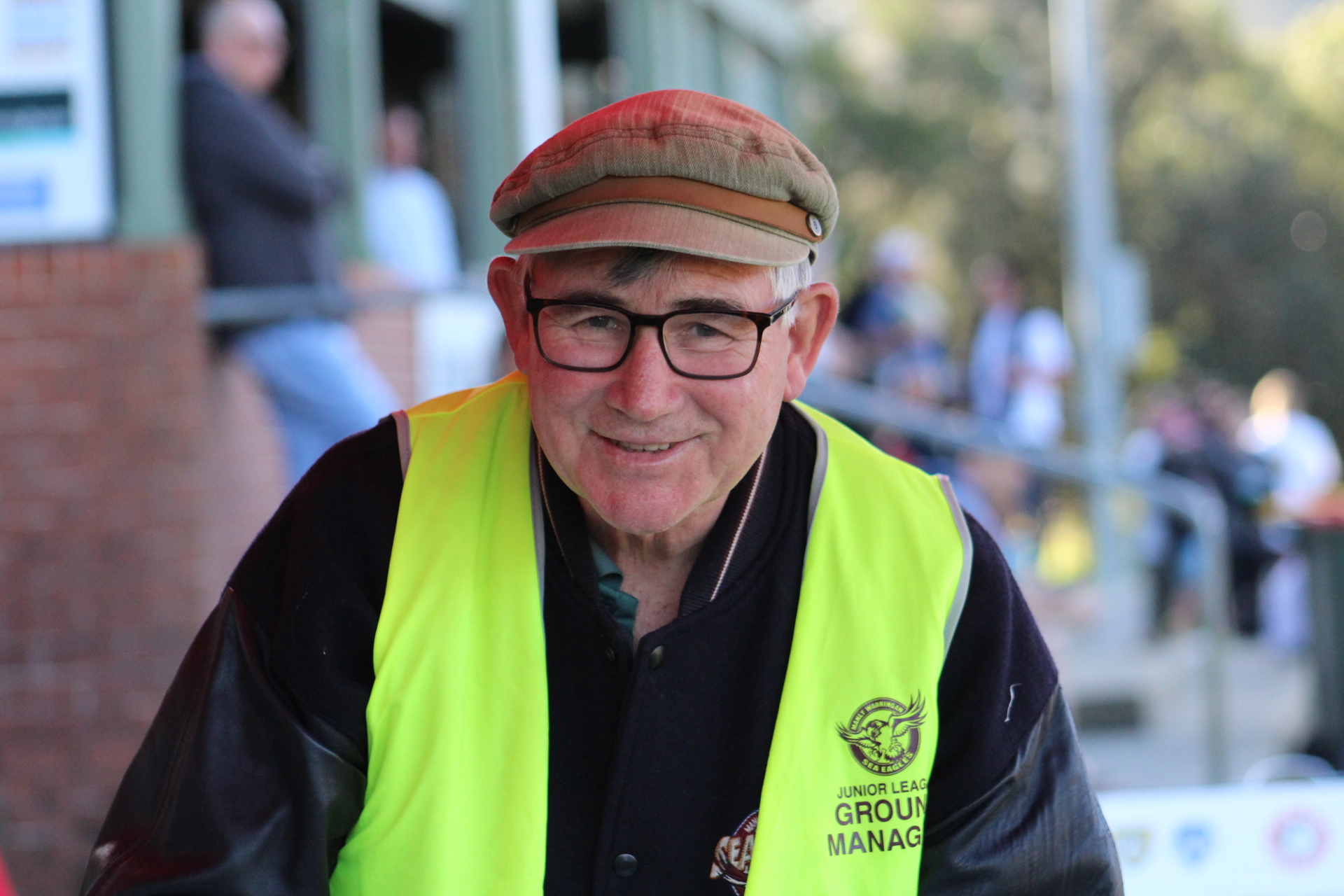 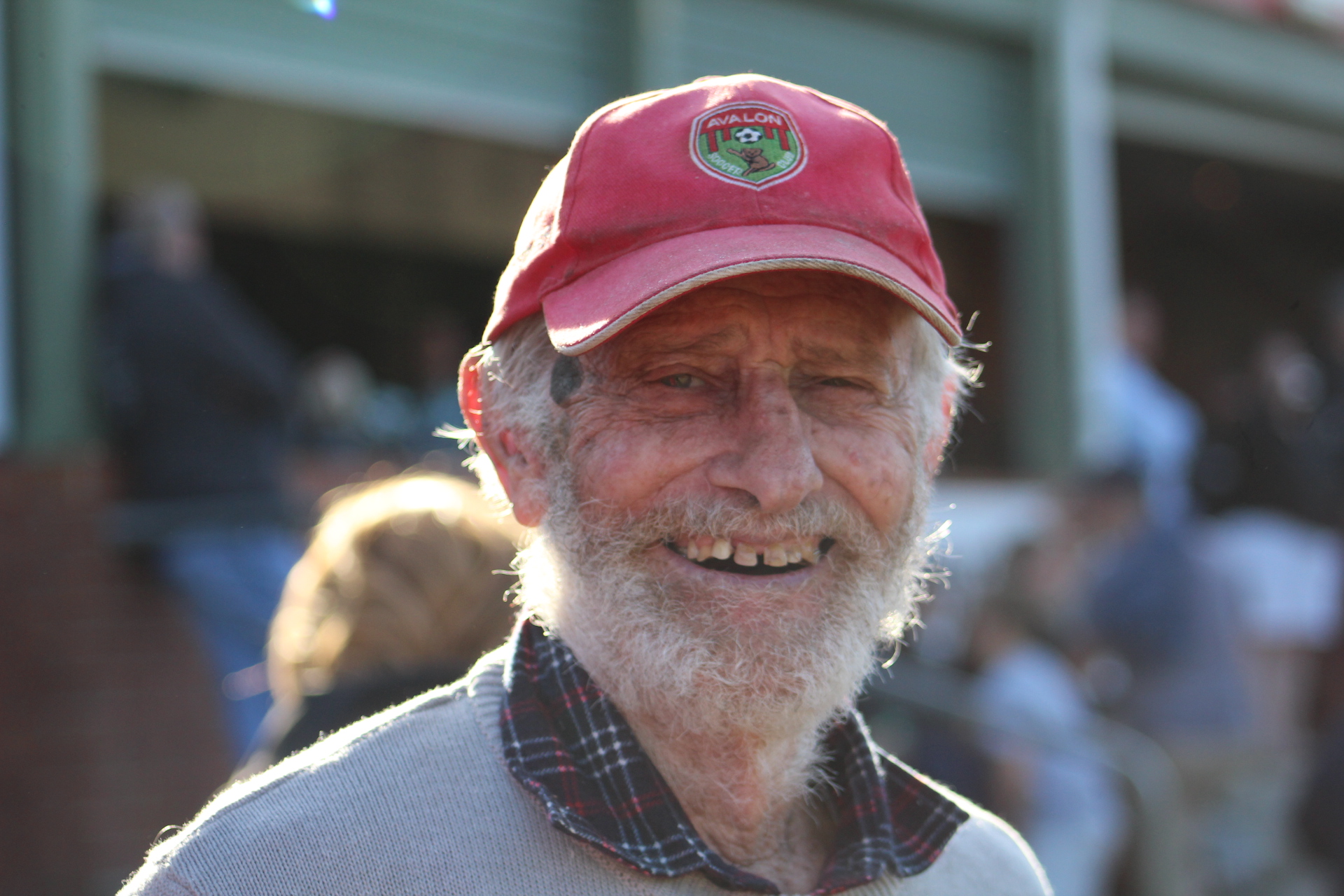 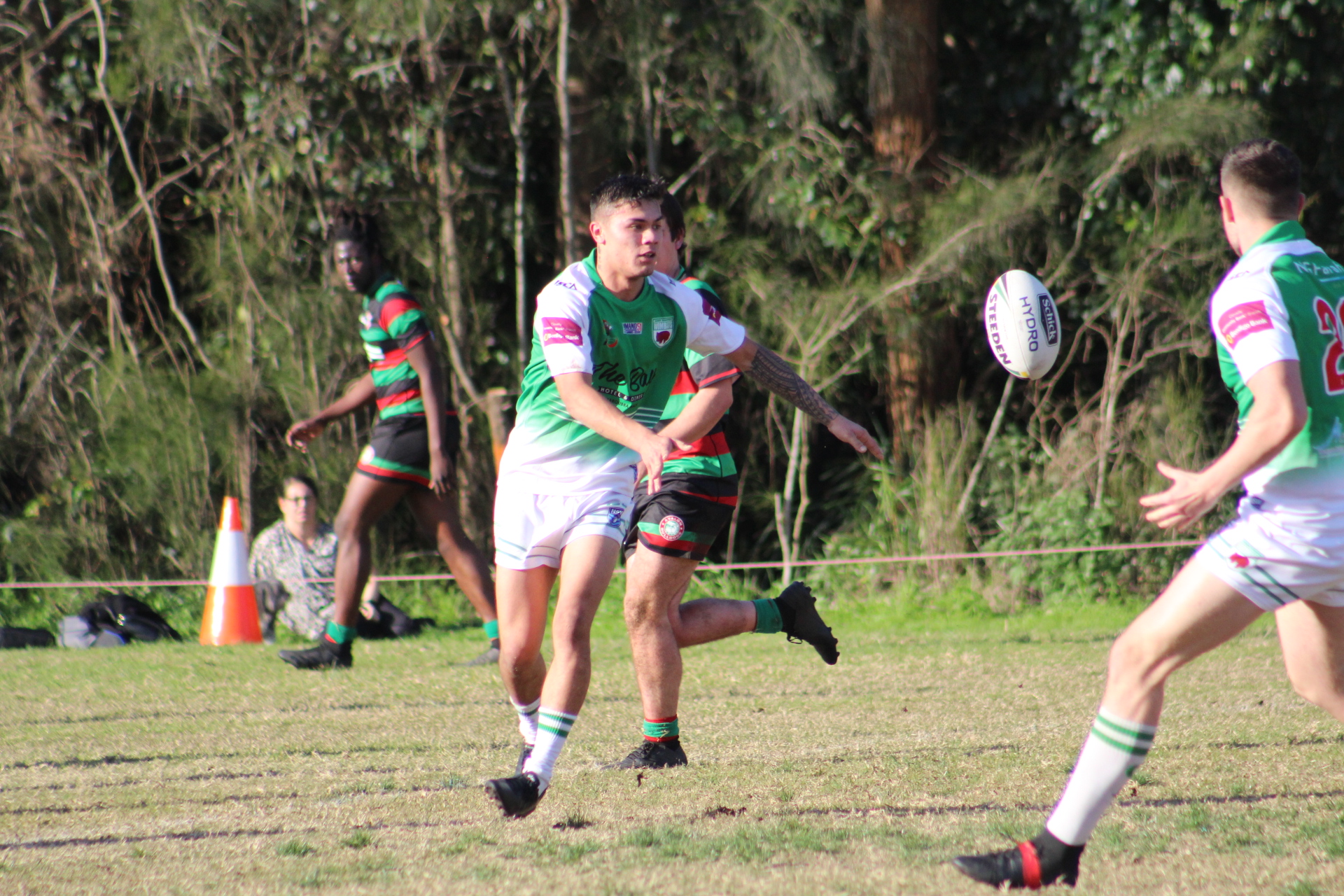 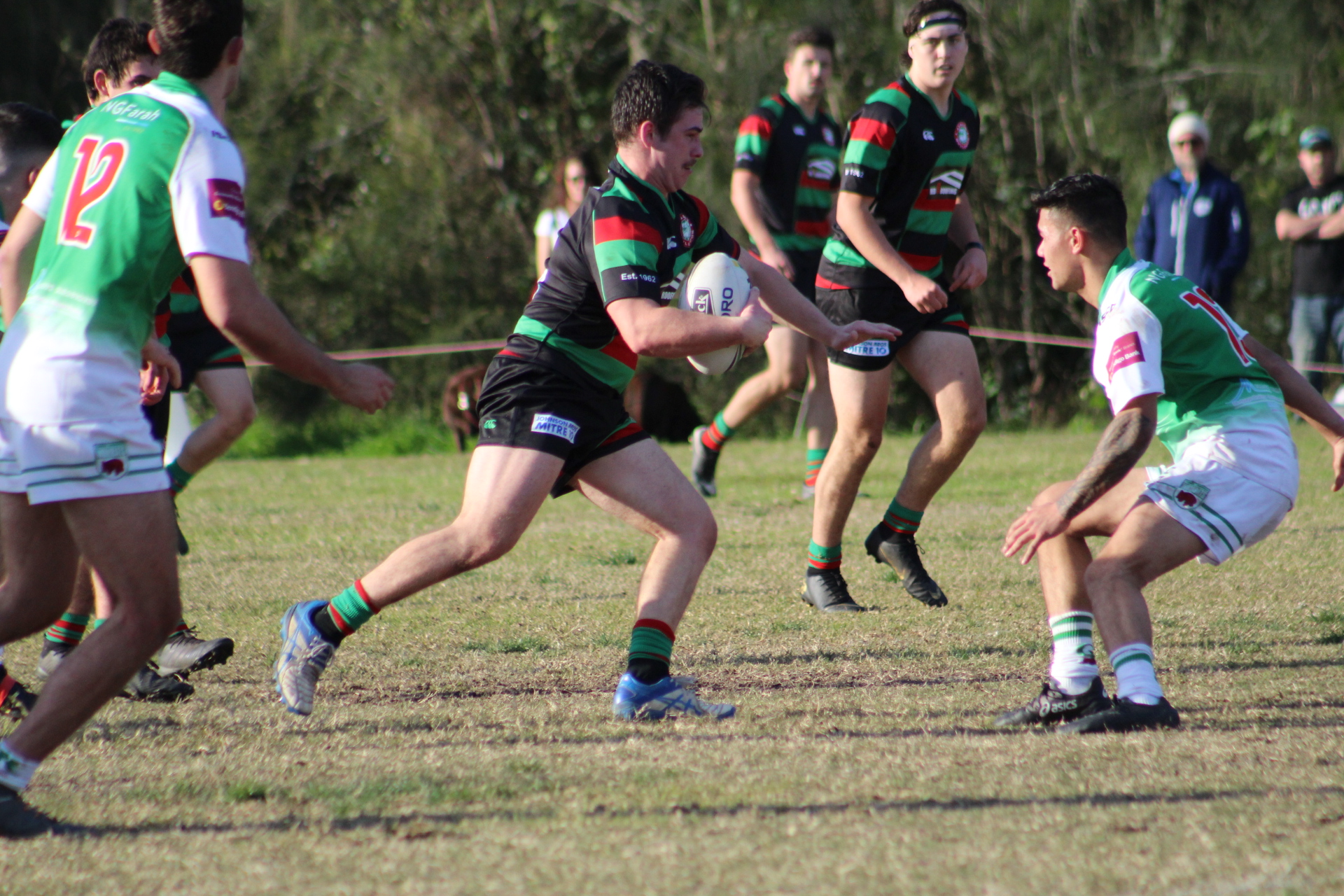 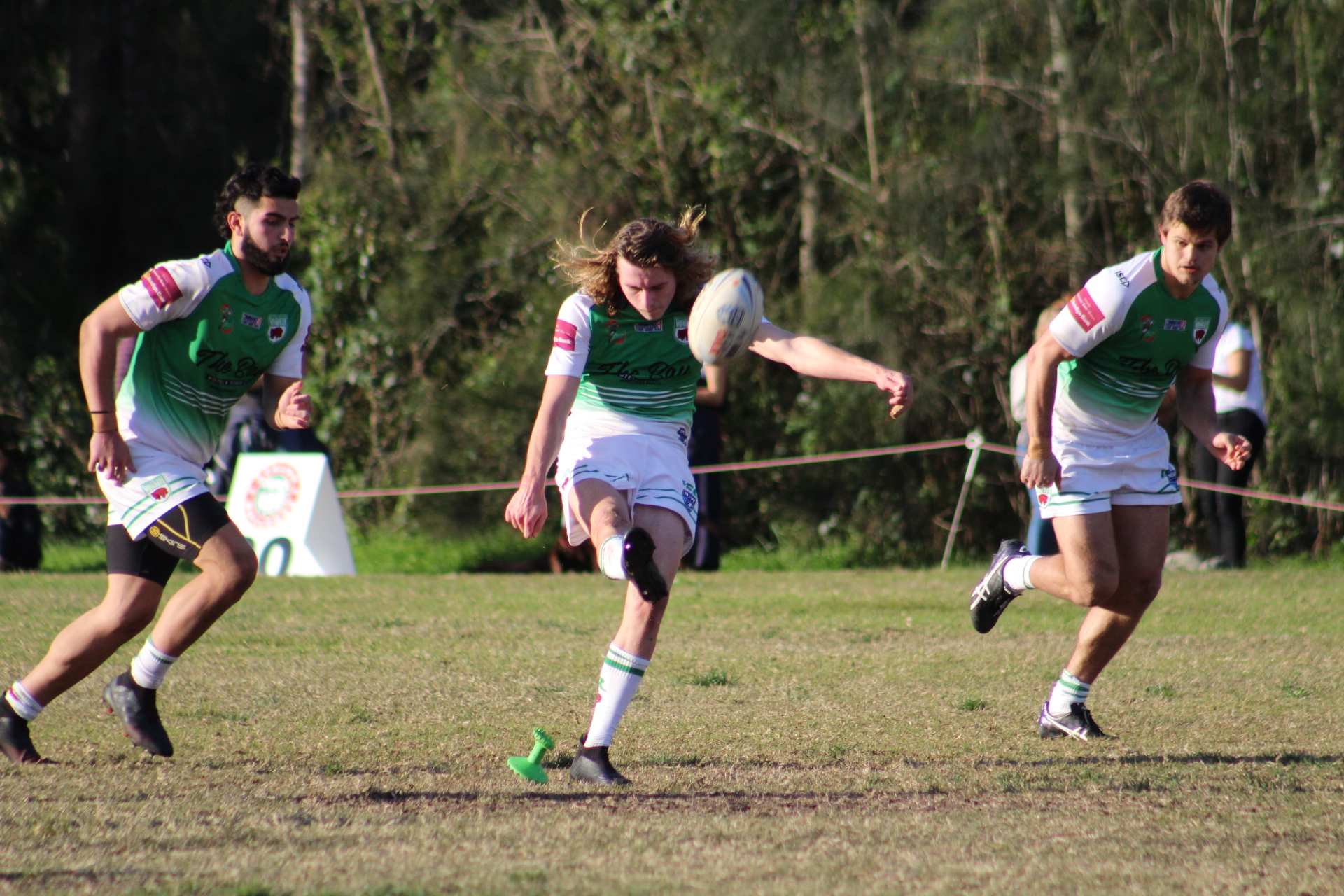 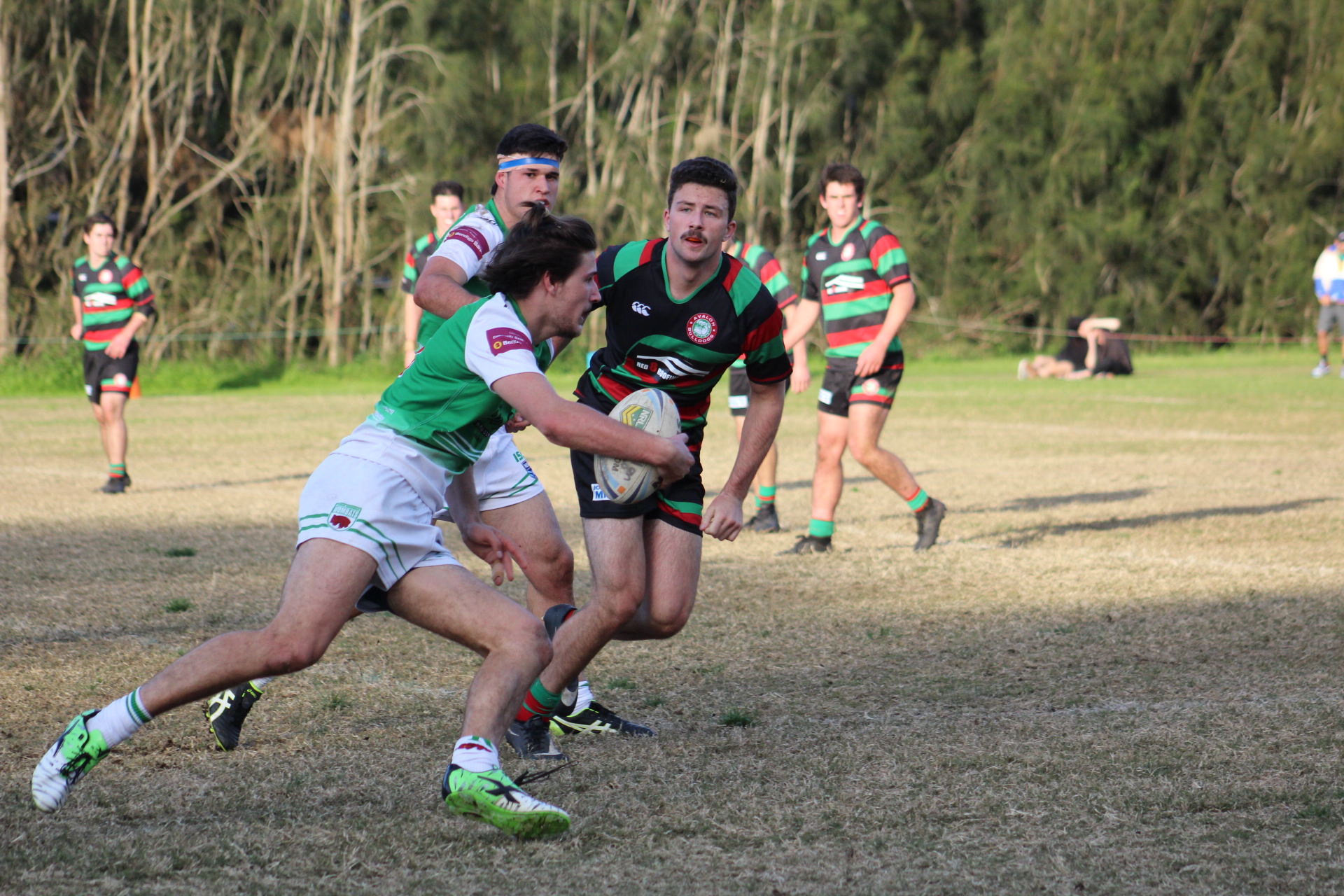 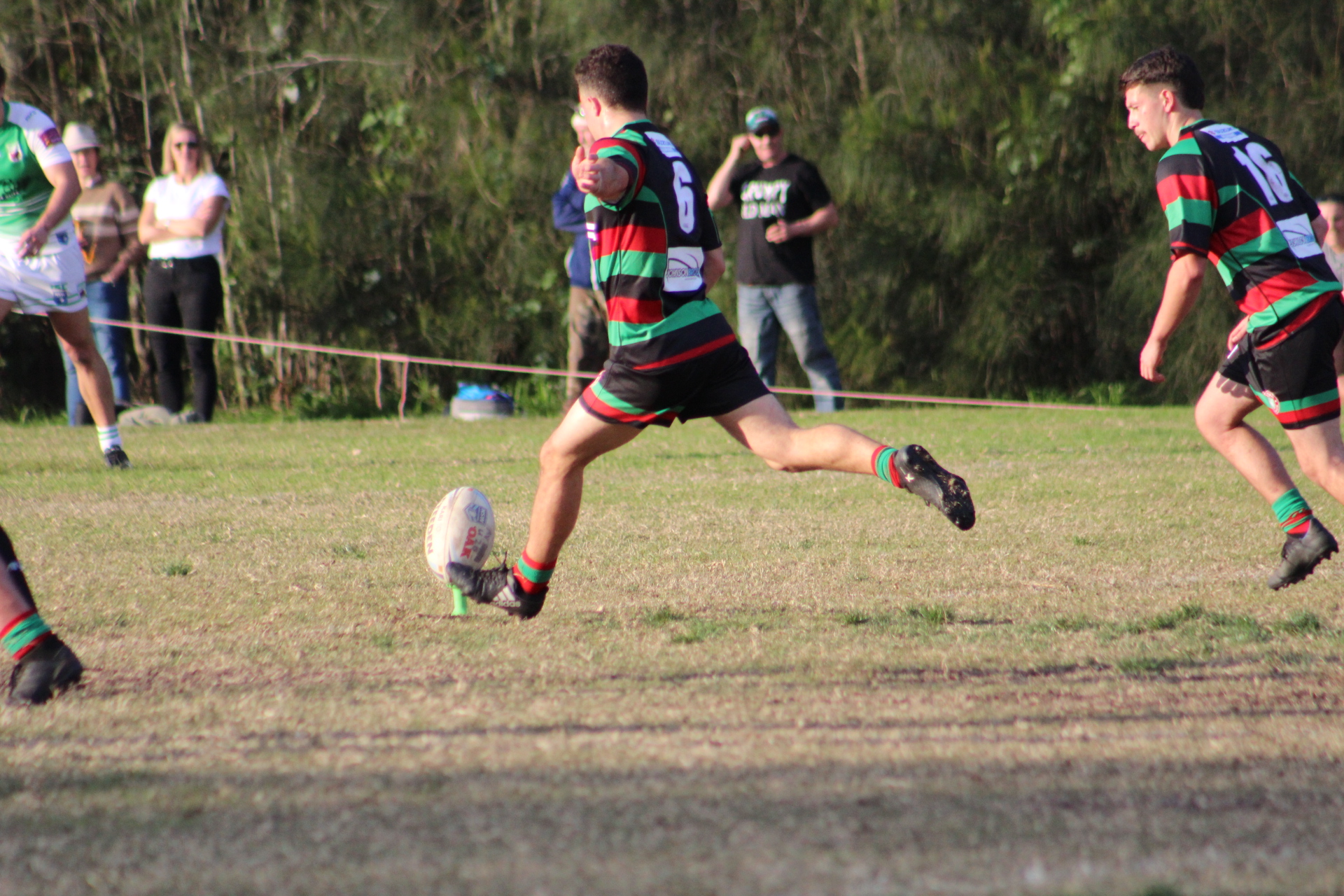