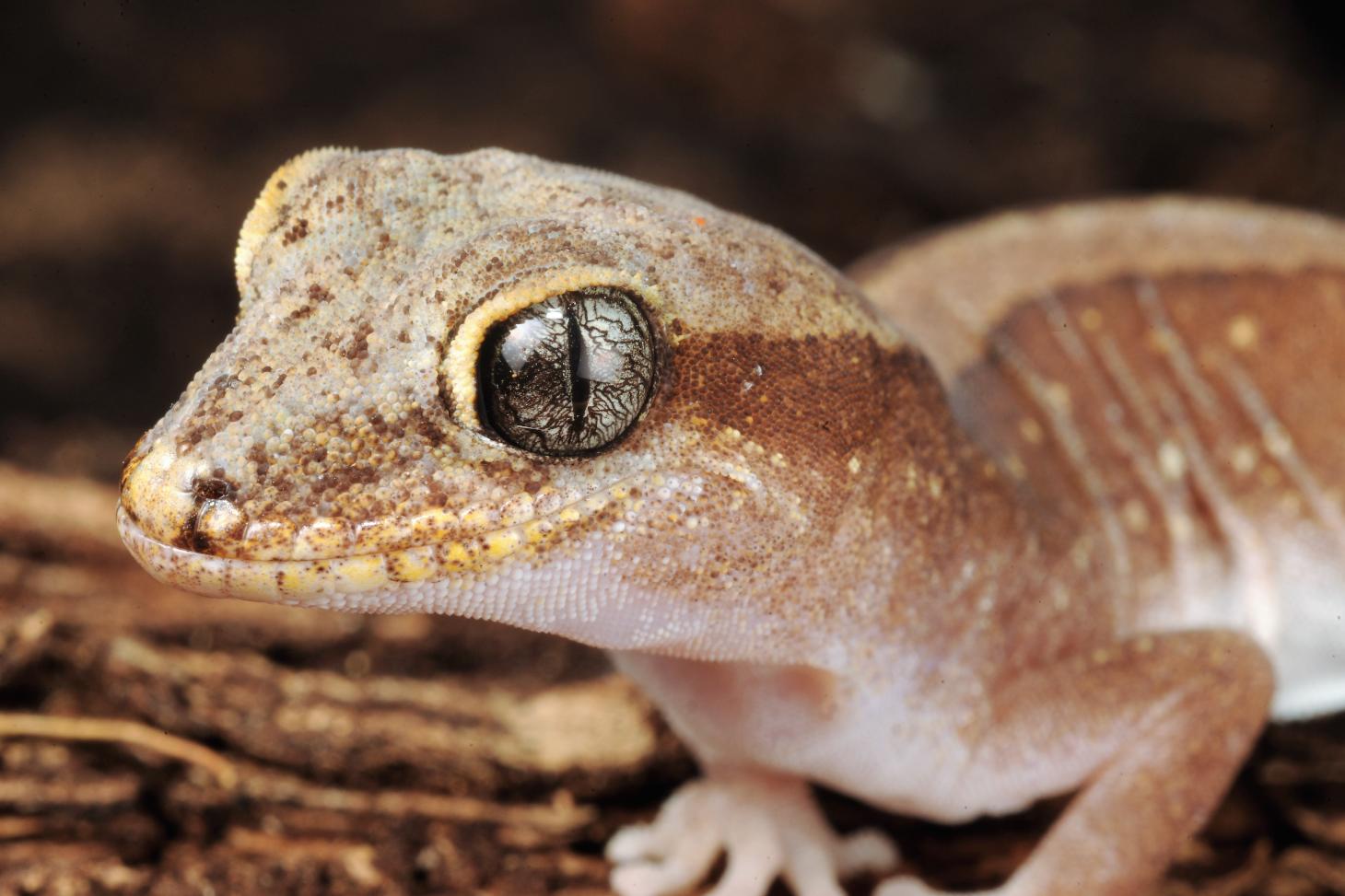 150 new species have been named in the past year by Australia’s national science agency, CSIRO, and its partners. They include tributes to RuPaul and Pokemon to help Australians understand, protect and benefit from our nation’s biodiversity.

A soldier fly has been named after RuPaul, Opaluma rupaul, and forms part of the new Australian genus Opaluma (from the Latin words for opal and thorn), to reflect the iridescent colours of flies in this group and the distinctive thorn on the underside of their abdomens. 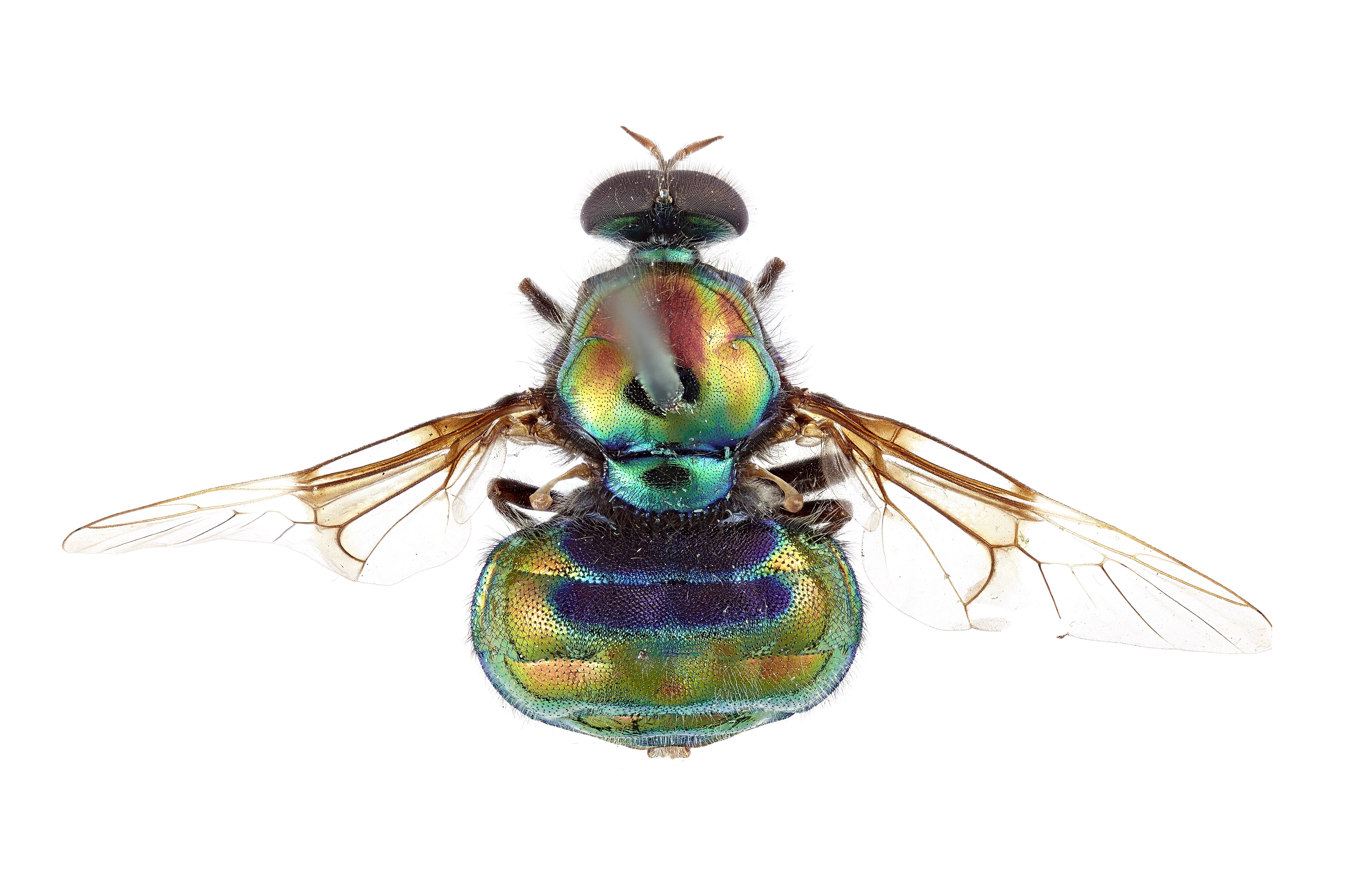 Postdoctoral Research Fellow with the National Research Collections Australia, Dr Bryan Lessard, said that fabulous names can attract the attention of citizen scientists and policy makers to include these species in bushfire recovery efforts.

“Many of the thirteen new soldier flies I named are from areas impacted by the Black Summer bushfires,” Dr Lessard said.

“Two of these, Opaluma opulens and Antissella puprasina, have now been recognised as endangered species under the International Union for Conservation of Nature Red List and are known only from Lamington National Park in Queensland, an area that was significantly burned in the bushfires.

“Soldier flies are valuable in the ecosystem. The larvae recycle nutrients from dead plants and animals, while adults are pollinators of some Australian plants.”

Describing and naming Australia’s biodiversity is also vital for biosecurity. 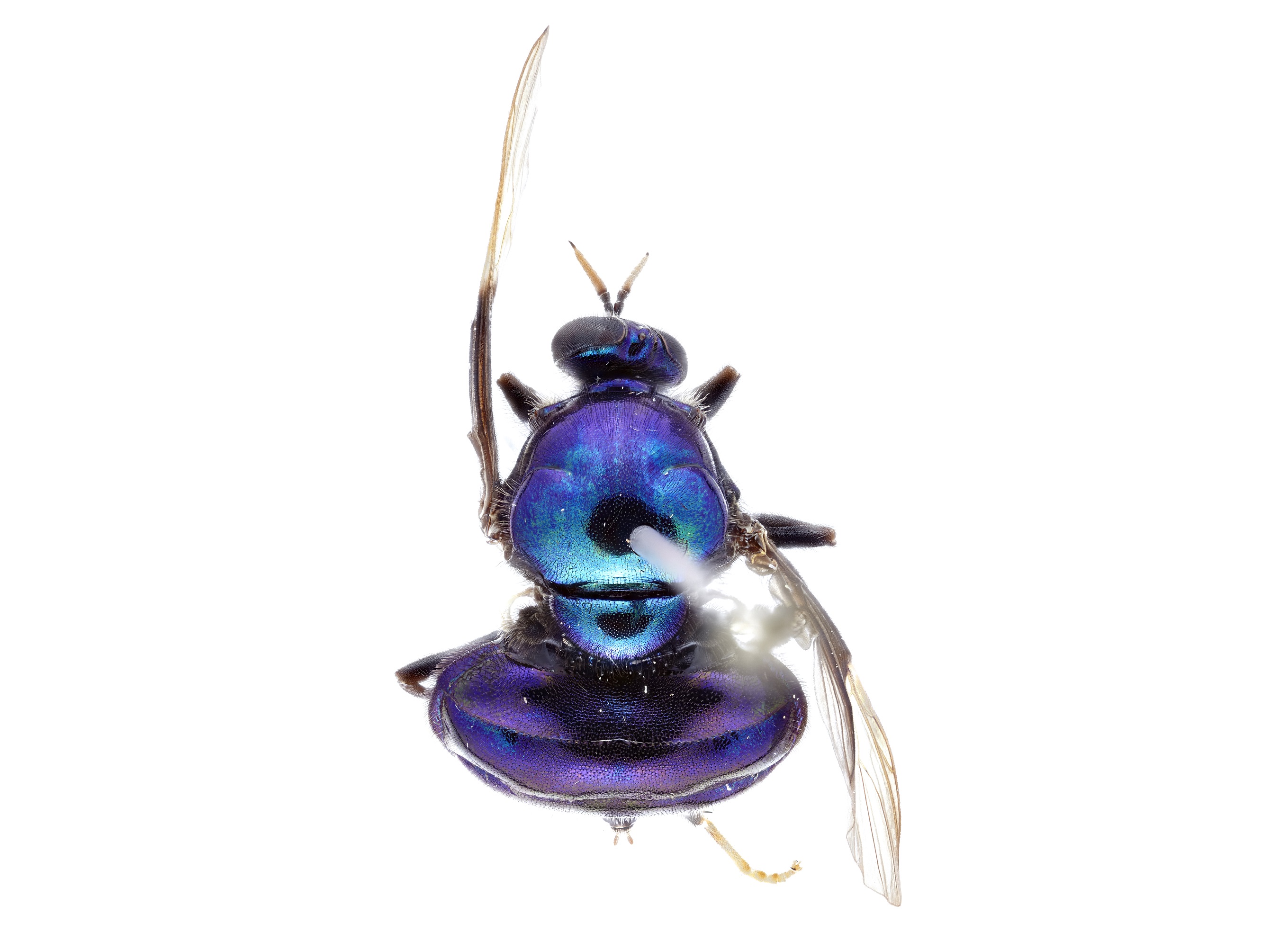 Opaluma opulens, a newly named soldier fly that has now been recognised as an endangered species under the International Union for Conservation of Nature Red List. This species is known only from Lamington National Park in Queensland, an area that was significantly burned in the Black Summer Bushfires. Photo credit: Bryan Lessard, CSIRO

“This year we identified an exotic species of mosquito, Culex tritaeniorhynchus, that can transmit Japanese encephalitis virus and was detected in Australia for the first time. It was initially mistaken for an undescribed native species,” Dr Lessard said.

While insects dominate the list, the list also includes naming the Pandanus grayorum tree from the Wet Tropics south of Cairns that grows up to 20 metres tall and produces 40 centimetre long, orange-coloured fruit.

Frank Zich of the Australian Tropical Herbarium said the pandanus was one of a number of species on the list that had been known for a while, but did not have a scientific name.

“This species was informally known as ‘Pandanus species Russell River’, and together with Pandanus gemmifer, these are the only two Australian Pandanus species known to reproduce by growing plantlets, or pups, on their upper branches,” Mr Zich said. 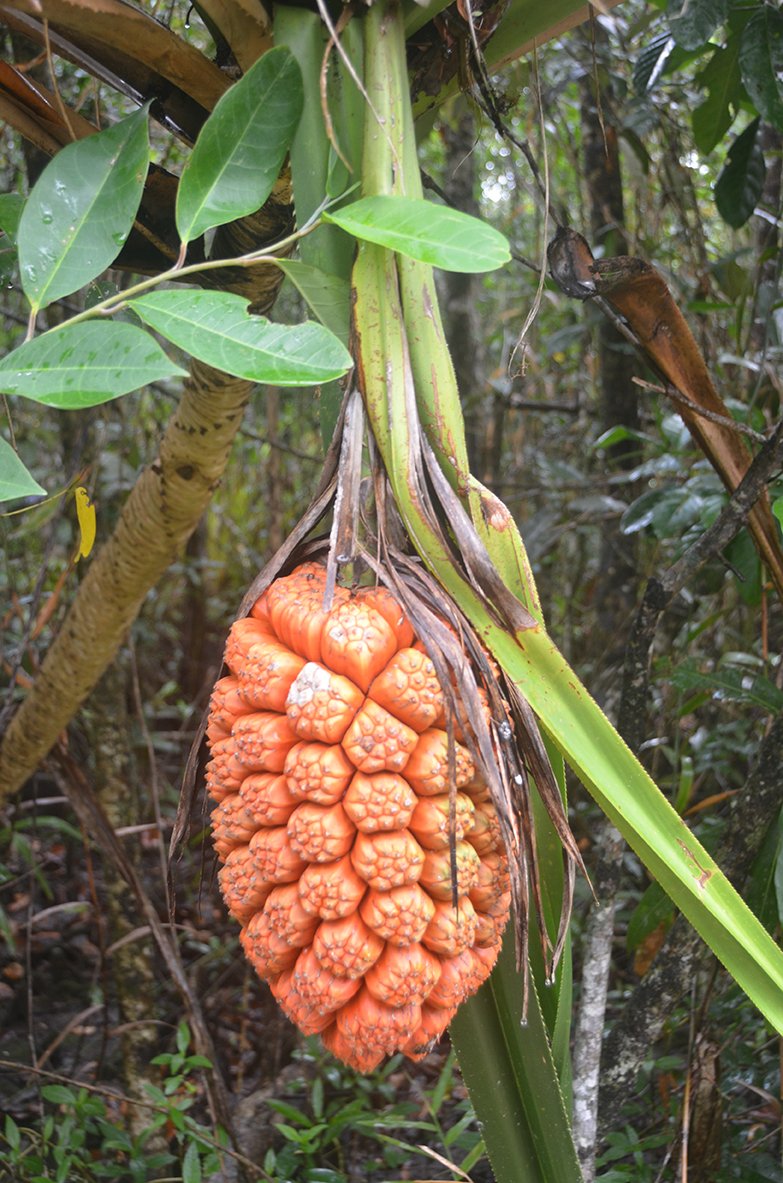 The Rusty Perchlet (Plectranthias ferrugineus) was described from 25 specimens up to 4 cm in length and occurs from off Dampier, Western Australia eastwards to the Arafura Sea, Northern Territory. The species name ferrugineus is derived from a Latin word for rust-coloured. All specimens were collected by small-mesh scientific collecting gears from a narrow depth range of 95-109 m. This species sparked the Australian study into this genus when specimens were collected off the North West Shelf from the RV Investigator in 2017. Subsequently, additional specimens were discovered in the collections of the Western Australian Museum and Museum Victoria that were collected as early as 2007. 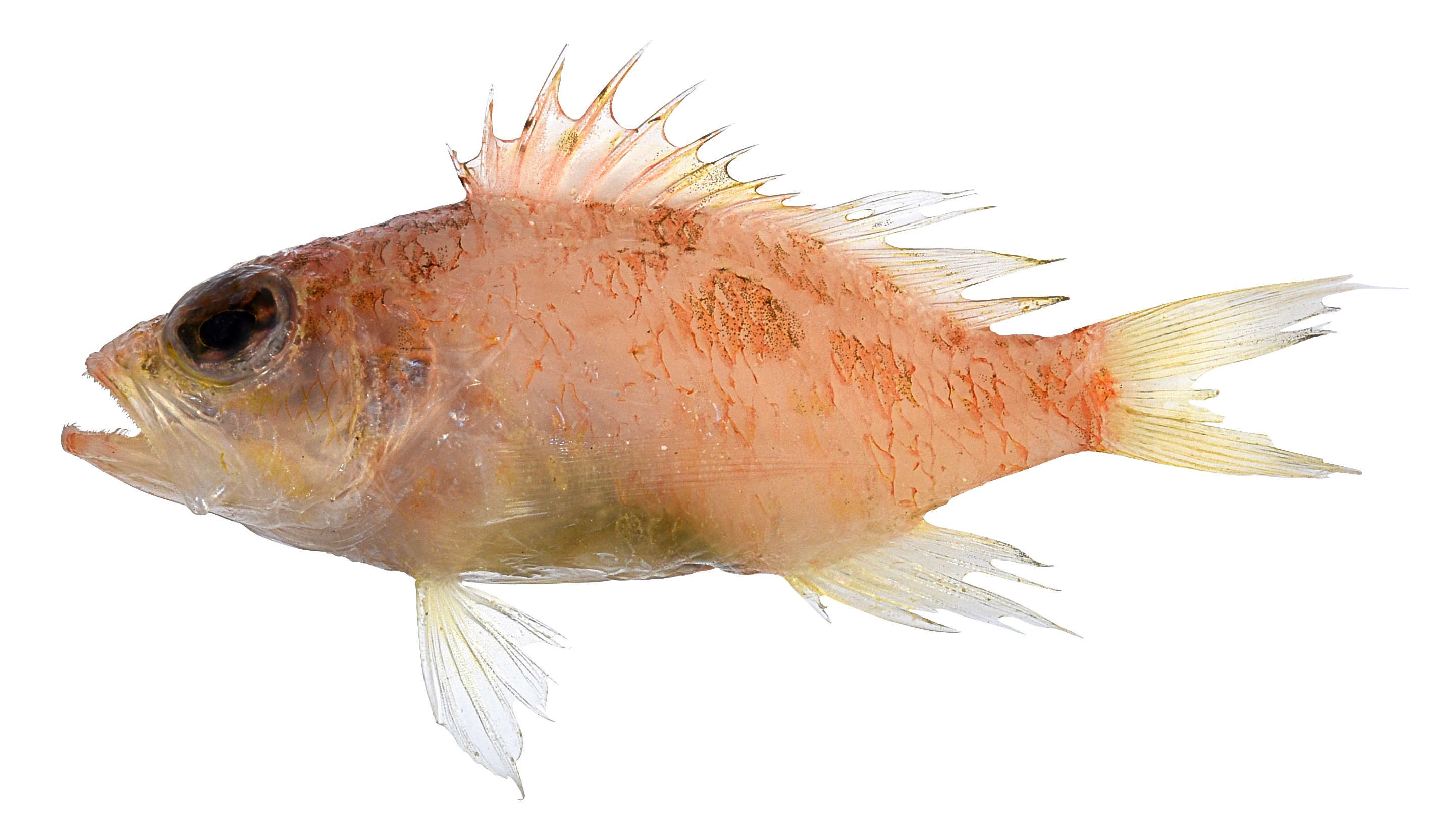 CSIRO acknowledges the many research partners involved in collaborative projects to describe and name the new species featured here and the Traditional Owners of the lands on which they occur.

New names at a glance: 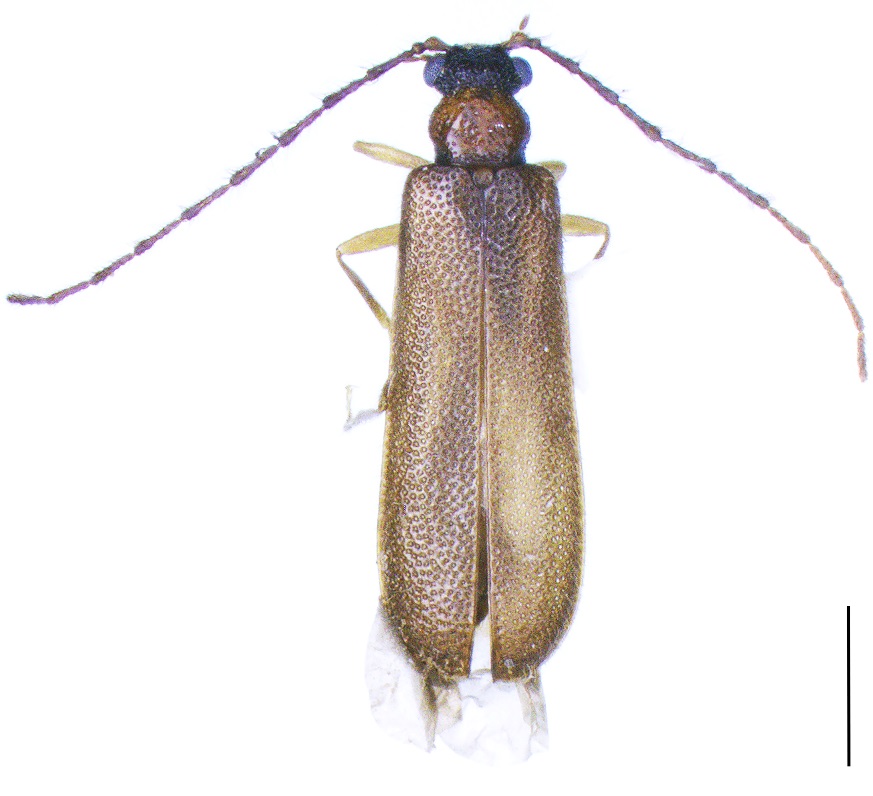 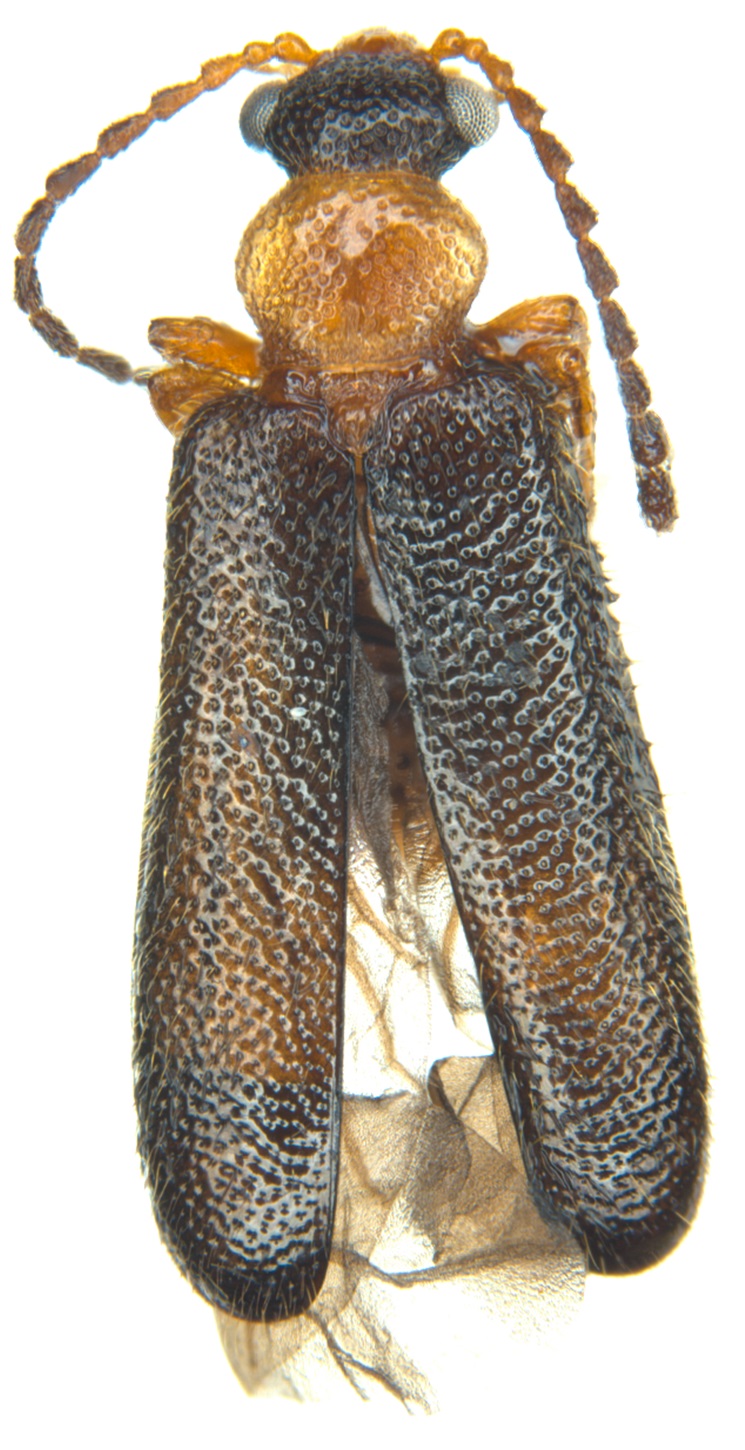 A new cycad-boring weevil was named after the fictional insectoid Digmon in the Japanese anime television series Digimon Adventure, who possesses the power of drilling and manipulating the earth, like the weevil can bore into hard trunks of cycads: Demyrsus digmon 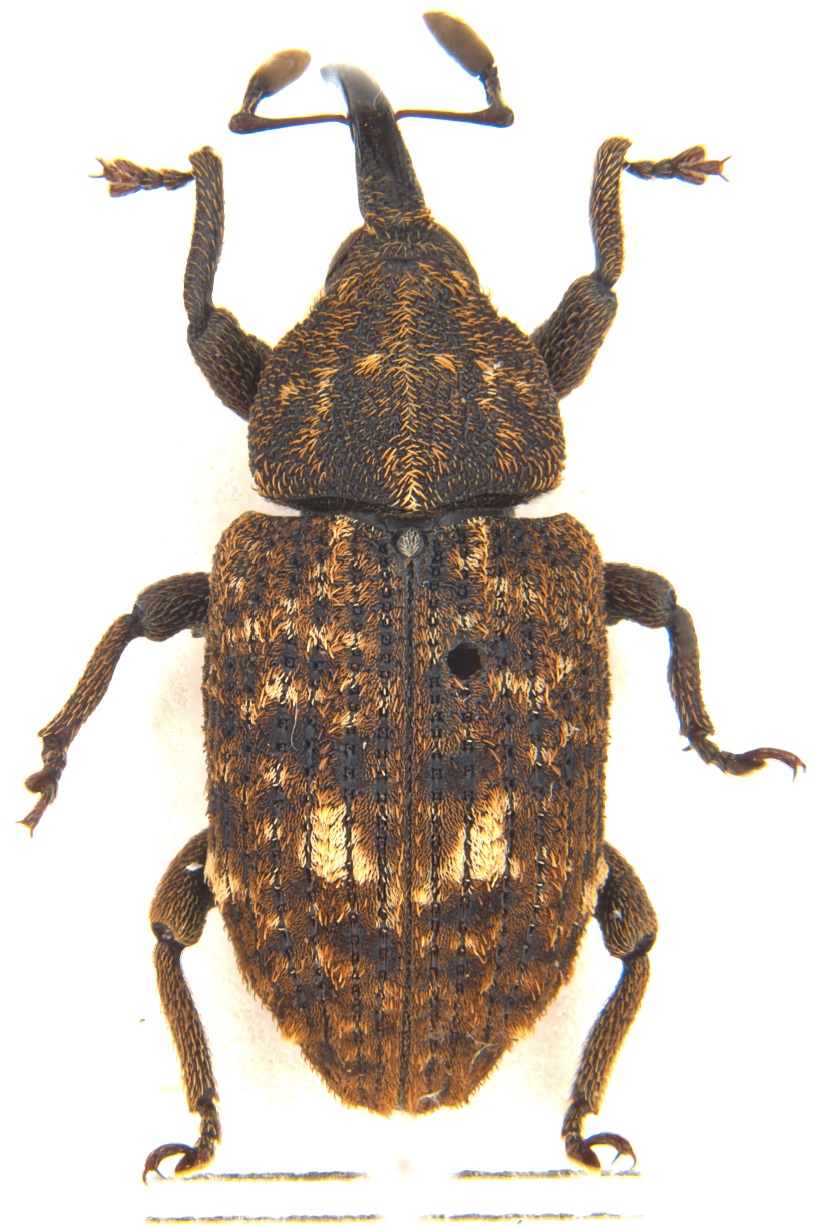 28 Syzygium species, which are related to lilly pillies, from New Guinea

A lizard, the Gilbert ground gecko, was described from north Queensland: Lucasium iris

A newly recognised species of smoothhound shark that was recognised to be separate from a closely related species it had been grouped with and is known only from the Andaman Sea (near Thailand and Myanmar): Mustelus andamanensis 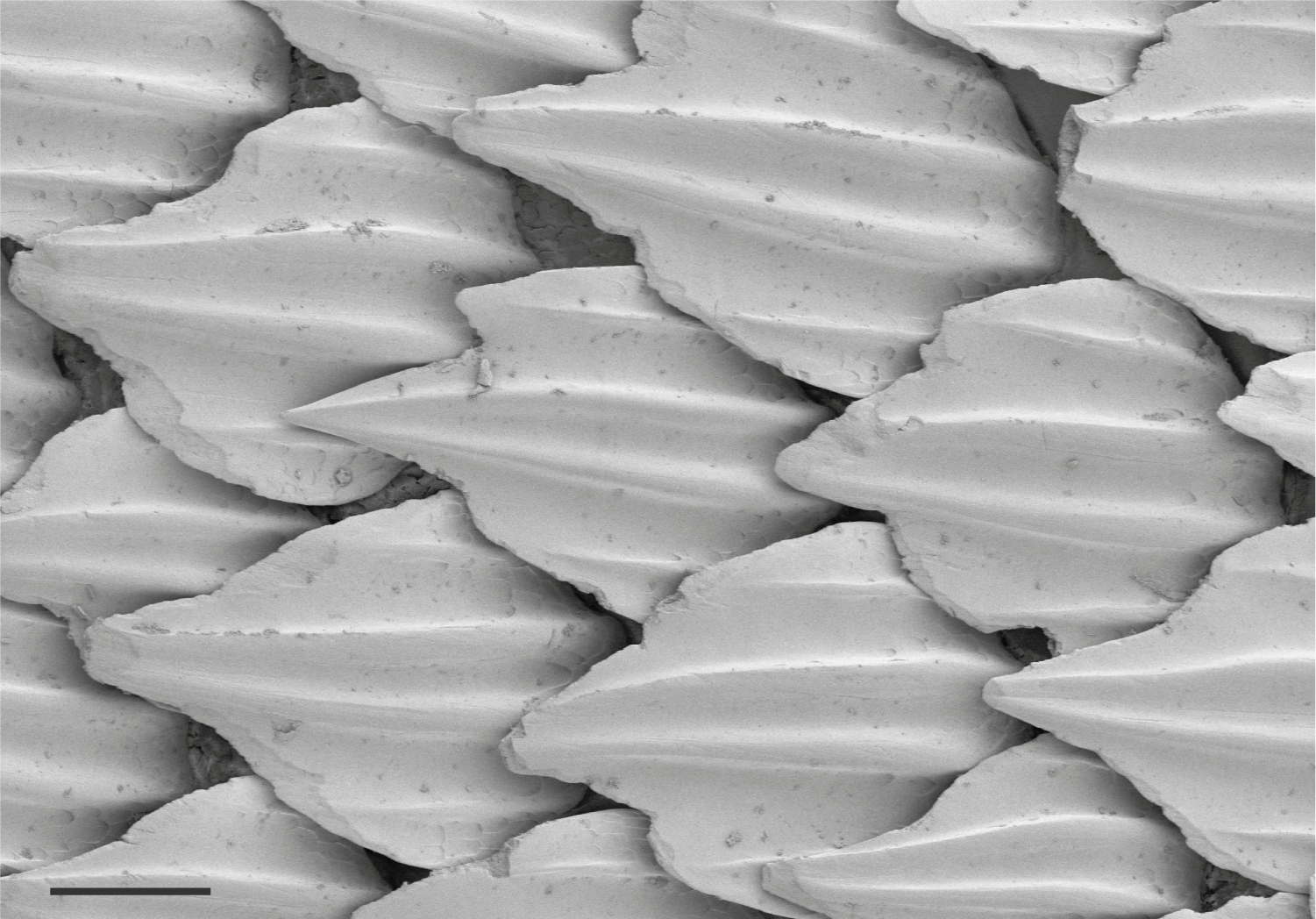 A new species of ciliate, named Vaginicola collariforma, was found living in a symbiotic relationship with the diatom, Palmerina ostenfeldii, a single celled microalgae that lives in tropical waters of Australia. The ciliates colonise slits in the diatom and wave their thread like projections, or cilia, to enable the non-motile diatom to move like a Ferris wheel. The name collariforma was chosen because the ciliates resemble a necklace. This unique duet may become a bioindicator of warming of coastal waters moving southwards. 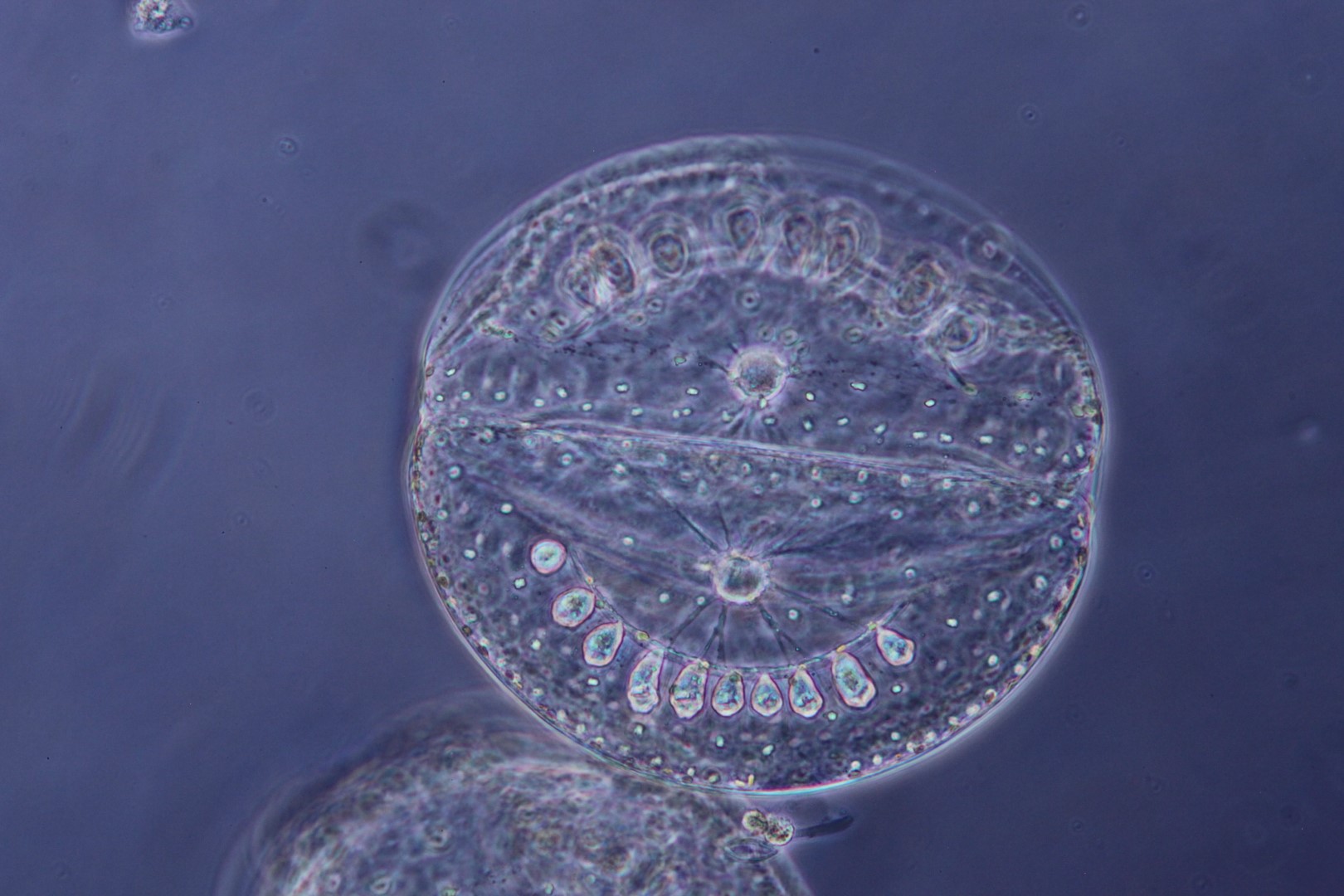 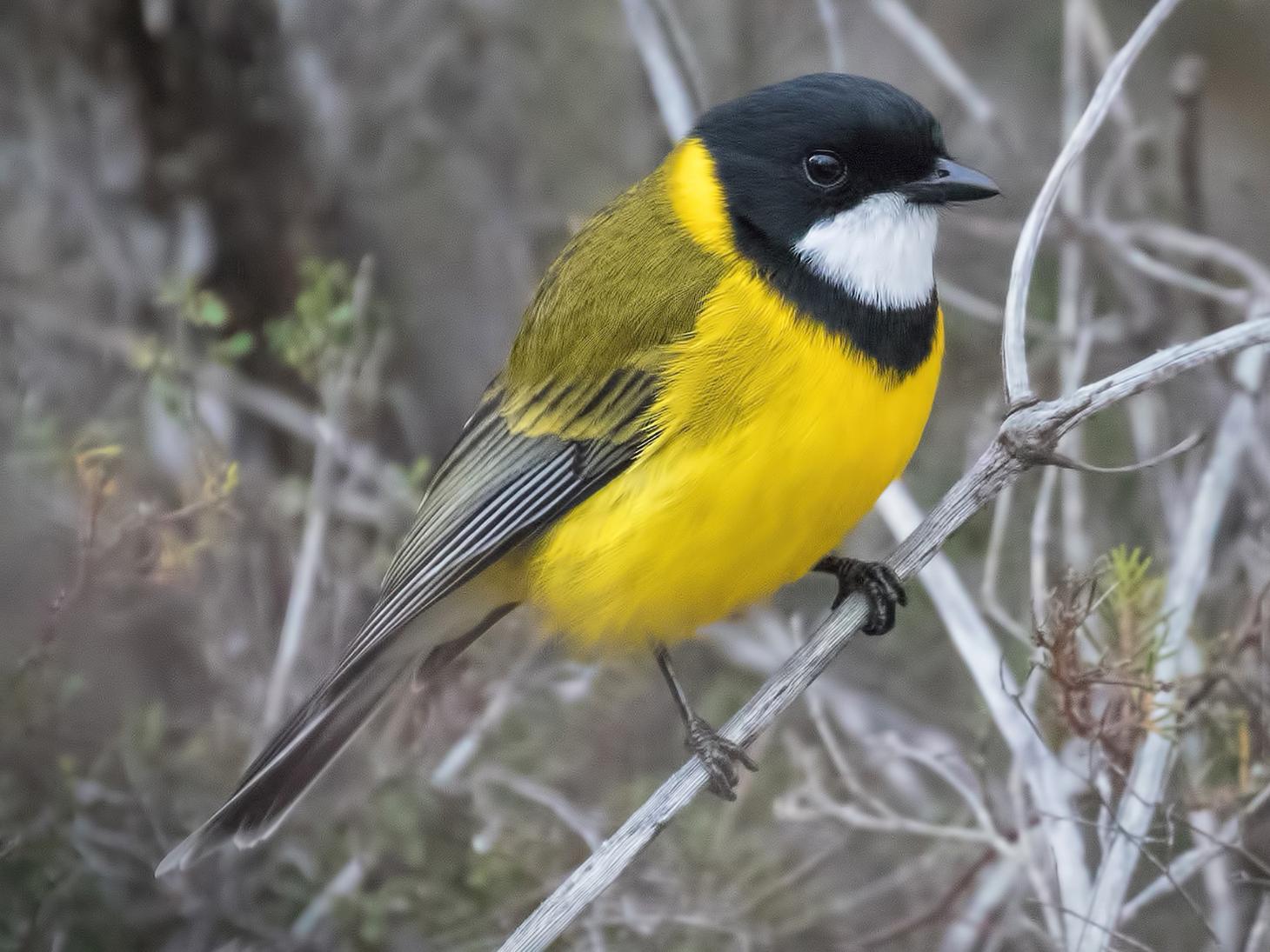 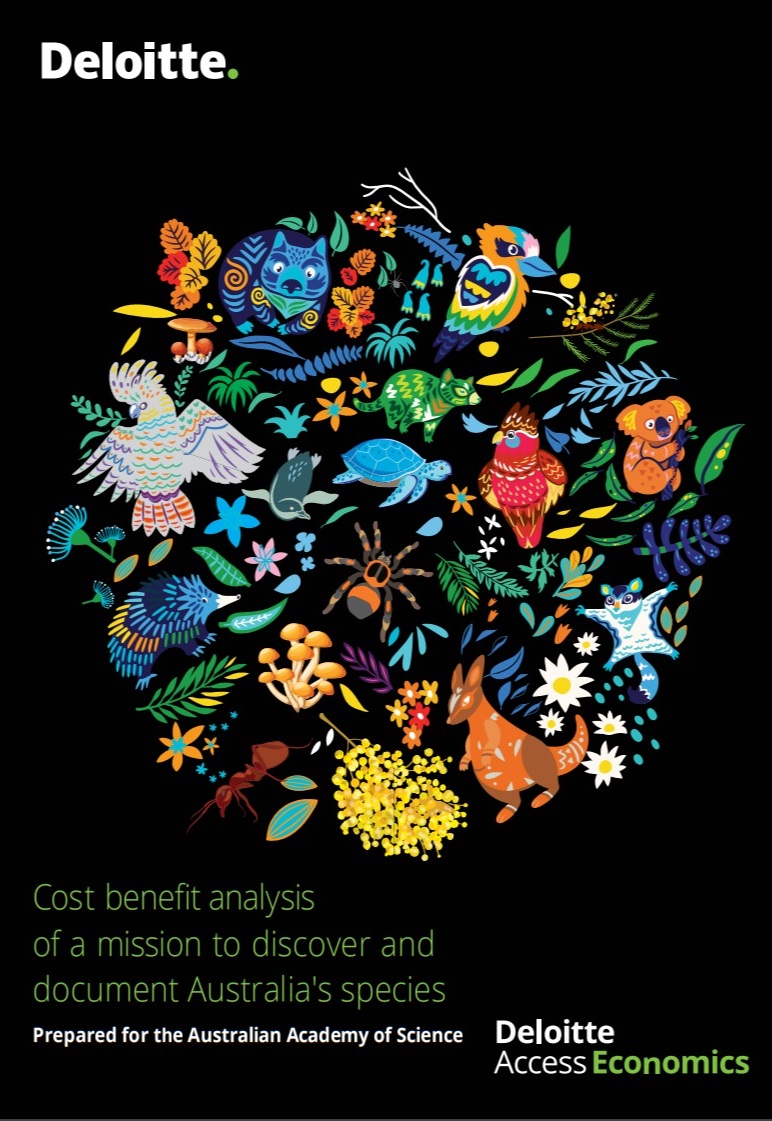 The new report by Deloitte Access Economics has found every $1 invested in discovering all remaining Australian species will bring up to $35 of economic benefits to the nation.

The cost-benefit analysis of the value of discovering new species has never before been attempted in Australia. It comes as scientists launch a new mission to discover and document all Australian species that remain undiscovered and unnamed within a generation.

The 25-year mission being launched today is led by the Australian Academy of Science’s Director of Taxonomy Australia, Adjunct Associate Professor Kevin Thiele.

He says many Australians would be surprised to know that after more than 300 years of Western scientific exploration of Australia’s rich biodiversity, only 30% of Australia’s estimated 750,000 species have been named and documented so far.

“Without this mission, it’s likely to take more than 400 years to discover all remaining Australian plants, animals, fungi and other organisms. A 16-fold increase in the annual rate of discovery is required over the next 25 years to meet this ambitious goal.

“Combining the skills of our current and future scientists with new technologies such as genome sequencing, artificial intelligence and supercomputing makes this ambitious goal achievable by 2050.

Combining the skills of our current and future scientists with new technologies such as genome sequencing, artificial intelligence and supercomputing makes this ambitious goal achievable by 2050.

“The successful completion of this mission will help build a path to a sustainable and prosperous future and place Australia among the first nations in the world to benefit from a fully documented biodiversity,” he said.

The mission is also expected to:

The estimated cost of building capability needed to document the remaining estimated 600,000 Australian species yet to be discovered is $824 million over 25 years.

The mission’s initial focus will be to develop assets, including a national biobank and DNA sequence library, to ensure DNA sequences are available for all known Australian species. This would unlock enormous potential, from eDNA sequencing for environmental monitoring to bioprospecting, bioindustries and bioengineering.

Adjunct Associate Professor Thiele says the collection of more than 70 million scientific specimens in museums and herbaria in every Australian state and territory represents a $7 billion national science infrastructure and a solid foundation on which to build such a national biobank.

Insect expert Dr Erinn Fagan-Jeffries from the University of Adelaide is one of the Australian scientists involved in Taxonomy Australia’s new mission. Dr Fagan-Jeffries is researching the biodiversity and taxonomy of parasitoid wasps in Australia. She recently discovered and named four new species of wasp in collaboration with primary schools in regional South Australia.

Deloitte’s modelling and analysis indicate that Taxonomy Australia’s mission is both ambitious and has strong potential to create economic and social benefits.

Deloitte Access Economics partner and principal report author, Matt Judkins, says the modelling and analysis indicate that Taxonomy Australia’s mission is both ambitious and has strong potential to create significant economic and social benefits for the country.

“Benefits in the sectors of biosecurity, biodiscovery, agricultural R&D and biodiversity conservation attributable to accelerated taxonomic discovery range from $3.7 billion to $28.9 billion over the period to 2045, depending on the low, medium or high scenario cases defined for each benefit stream. This compares to the costs of investment in seven key categories estimated at $824 million over the same period.

“While a significant investment, and a lot of good will, will be required, Australia will have access to a much better understanding of its biodiversity and the risks it faces,” Mr Judkins said.

This report aligns with the 10-year plan for taxonomy and biosystematics developed by the Australian Academy of Science and the Royal Society Te Apārangi. This decadal plan seeks to use new and emerging technologies, develop key infrastructure, and create a unified and dynamic science that will serve the needs of society, government, industry and our unique biodiversity.

Find out more about Taxonomy Australia, a program of the Australian Academy of Science.