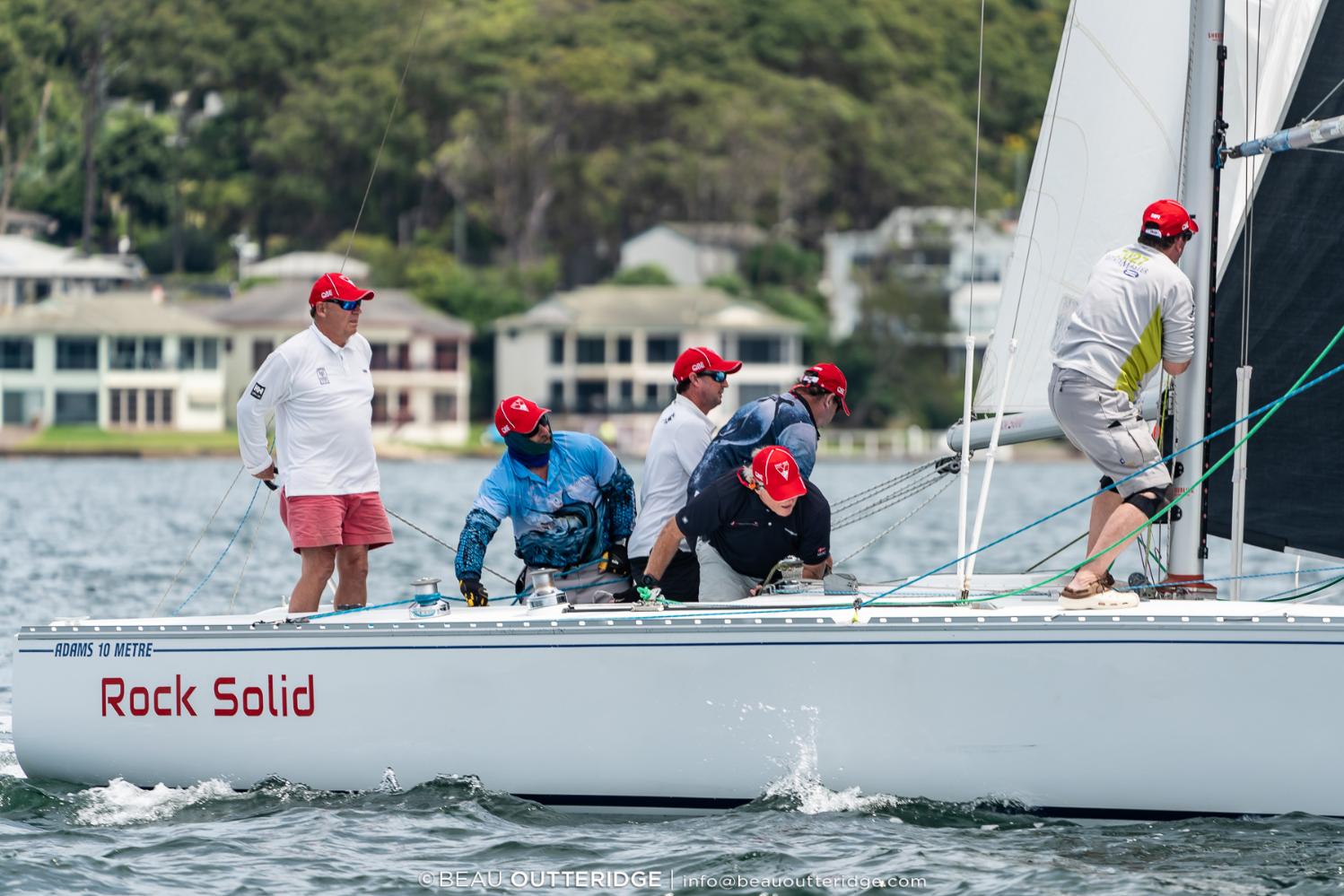 Video highlights thanks to Beau Outteridge

Driving back to Sydney, Mitch and Andy said: “We held off some top competition from Tom on his home turf, Allen Stormon from the Royal Prince Alfred Yacht Club, Rob Brown doing tactics on Organised Chaos and a bunch of great sailors. We didn't get any help unbolting the trophy from Lake Macquarie Yacht Club!” Miller laughed, “we had to get our own tools to get it off the wall.”

On his former co-owner Matt Gunton (Ben’s father), who passed away suddenly in 2013, Miller shared the emotion behind the long-awaited victory: “Matt was just as passionate as I was to win the Adams 10 national championship. He was my best mate”.

Rock Solid’s crew included Damien Bassett, Warren Gray, Geoff Piper and Olympic gold medallist Nathan Wilmot. Miller paid tribute to Wilmot’s input: “It took someone like Nathan coming on board, someone who can see further than 20 metres in front of them, to make the difference. He was happy to sail with us numpties. We’ve done well before with the same core guys but got pipped by a point and finished up second or third. It’s nice it went our way this time.”

Miller and his crew enjoyed the fact the Melges 24 state title ran concurrently to their Australian title, sailed off the host club at Belmont in a full range of breezes. “There was plenty of banter after the racing.”

On locking horns with Rock Solid, Tom Braidwood said: “Mitch is such as gentleman. He’s been working away at it for a while, bought new North Sails, got Nathan to do tactics and won it.”

Braidwood is passionate about Adams 10s, describing sailing in the class as “the most fun you can have sitting down, without the arms race”. He regularly twilight sails on his 1989-built Adams 10 at Lake Macquarie with family and mates and once a year takes the good sails out for the national title. His 12-year-old son Eamon joined the Backchat crew for the three-day series, February 6-8.

The next event for the Adams 10s is Middle Harbour Yacht Club’s Sydney Harbour Regatta March 6-7, where Rock Solid’s crew will aim to defend their 2020 class victory.

Adams 10 Australian president Anthony Poiner says “Adams sailors are mostly a bunch of old skiffies and the class is Corinthian in nature. We encourage fun and inclusivity….esprit des corps…and getting people owning boats and sailing at regattas, even with those ridiculous Hawaiian shirts. This regatta delivered on every one of those counts – 15 boats, over 100 sailors and a truly great time had by all, on and off the water.” 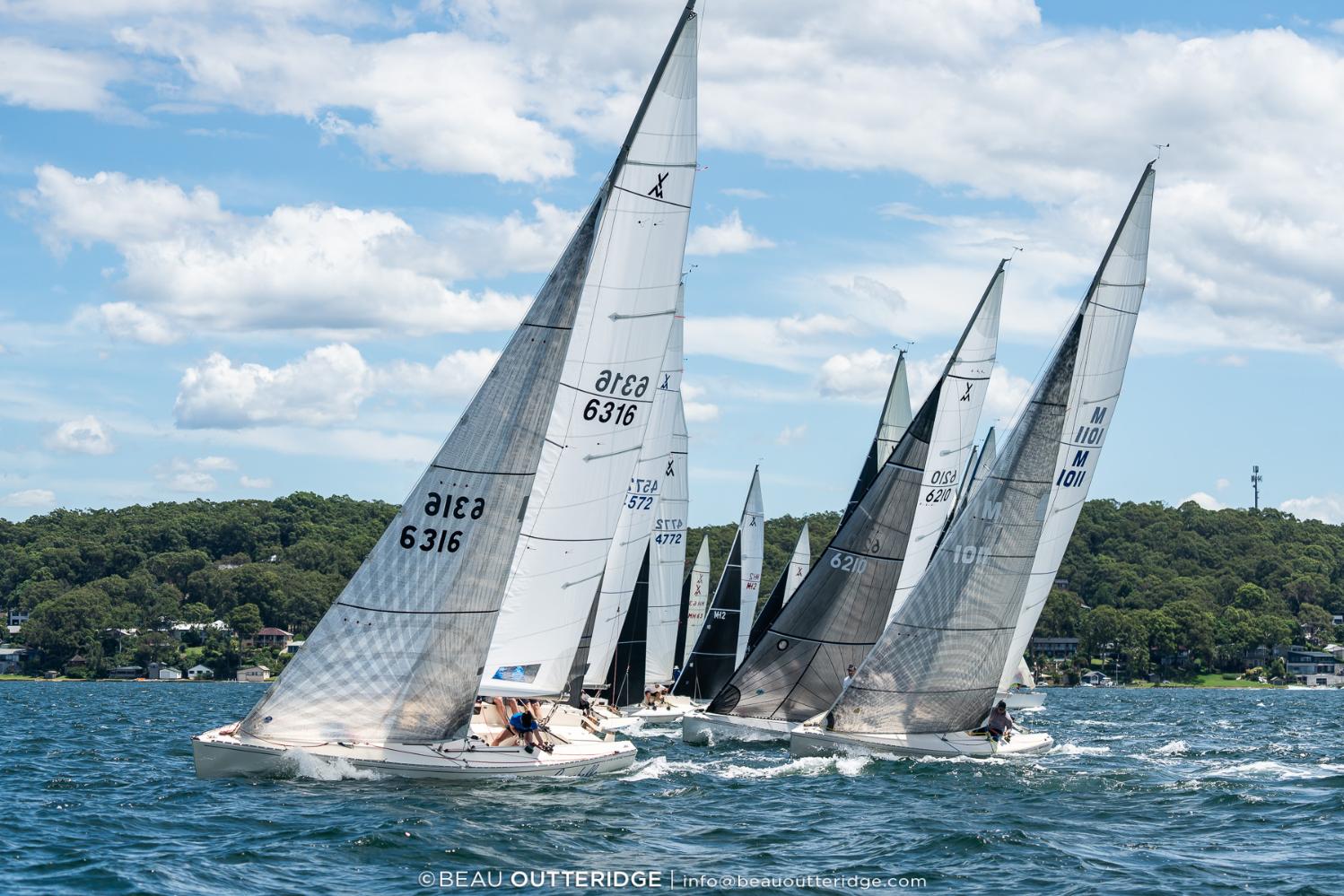