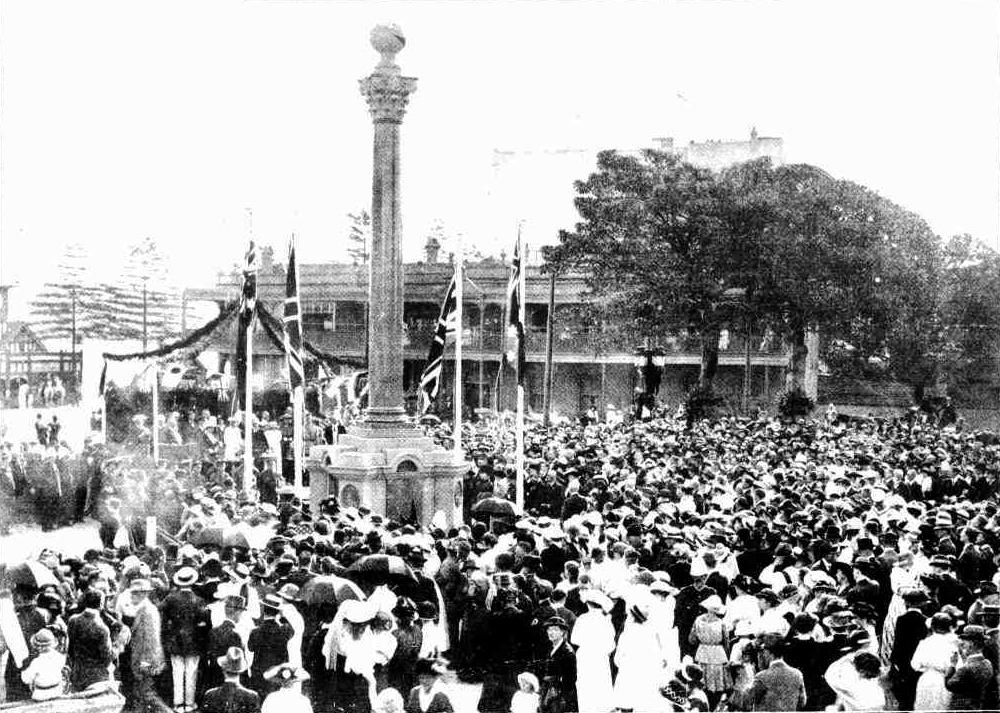 MEMORIAL TO MANLY'S HEROIC DEAD. (1916, October 18). Sydney Mail (NSW : 1912 - 1938), p. 19. Retrieved from http://nla.gov.au/nla.news-article160388945
In the lead up to Remembrance Day 2016, November 11th, with Anniversary Commemorations of the opening of Palm Beach RSL coming up, and that of the official opening of the Manly War Memorial on Friday October 14th, a 100 year anniversary in that case, we'd like to share a few insights into local War Memorials and how they came about.
The first dedicated on the peninsula was that at Manly by a heartbroken father for his son:
SOLDIERS' MEMORIAL AT MANLY.
TO BE UNVEILED ON SATURDAY.
BY THE GOVERNOR-GENERAL.
The Governor-General will on Saturday next unveil a memorial erected on the Corso, Manly, to the soldiers from Manly who have fallen in the wnr. The memorial, which was designed by Mr. Burcham Clamp, architect, of Sydney, is the gift of Mr. Mark Mitchell and family. Mr. Mitchell's son, Alan; was the first soldier of Manly to lose his life in this war.
The memorial rises to a height of over 35ft, and is built entirely of trachyte. The design of the memorial at the base is octagonal, four sides being reserved for names and the other four for bronze medallions. At each corner of the base is a carved dolphin, signifying that the soldiers for whom the memorial is being erected came from the seaside. The column of trachyte is of one piece, illustrating the life of the soldier, unbroken and pointing upward to life eternal. The ball surmounting the column represents the earth at the same angle of inclination as the terrestrial globe. The band running round equatorially has cut in the rough the word "Anzac." The globe shows the outline of Australia and New Zealand; the band containing the words showing that the fame of the soldiers has encircled the globe.
The capital is of Australian flowers-the waratah and the Christmas bell, with the waratah leaf in place of the ordinary acanthus leaf. The bronze medallions illustrate a cycle of events. Starting from the beginning at the right shows soldiers in the trenches, with the inscription, "There were giants on the earth in those days," from Genesis-the activities of the soldiers in their lives in the cause of humanity and justice. The next medallion illustrates the second cycle-the mourning of their deaths, with the Biblical consolation, "Comfort ye, comfort ye, my people, saith your God," from Isaiah.
The next medallion is intended to represent the promise in the future. The young lion standing in a menacing, surprised attitude at the sudden apparition of the vast concourse appearing in the clouds, the larger lion representing the mother country; the promise to be fulfilled is shown in the inscription (about Australia becoming a mighty nation). The fourth medallion is a memorial tablet, intending to represent the life, death, mourning, and the future, and for the sake of humanity and justice for which they have so gloriously given their lives.
In the niches are placed four other bronze pieces, having as regards three the central idea of humanity. The first - the front of the memorial-is the Australian Insignia on the dress of the Australian soldier who took up arms for humanity's sake. The other three illustrate the different methods of attending to the wounded soldiers. One illustrates the story of Simpson and his donkey, Murphy, bringing down to the base a wounded soldier; the second the stretcher-bearers, and the third the Ambulance Red Cross waggon passing through the rugged country of Gallipoli.
The inscription on the monument is as follows:
"To the memory of those gallant men of Manly who in the present war so gloriously gave their lives-for the sake of humanity and justice. This memorial was erected by the family of Alan David Mitchell, the first soldier of Manly to fall " SOLDIERS' MEMORIAL AT MANLY. (1916, October 11). The Sydney Morning Herald (NSW : 1842 - 1954), p. 7. Retrieved from http://nla.gov.au/nla.news-article15677456 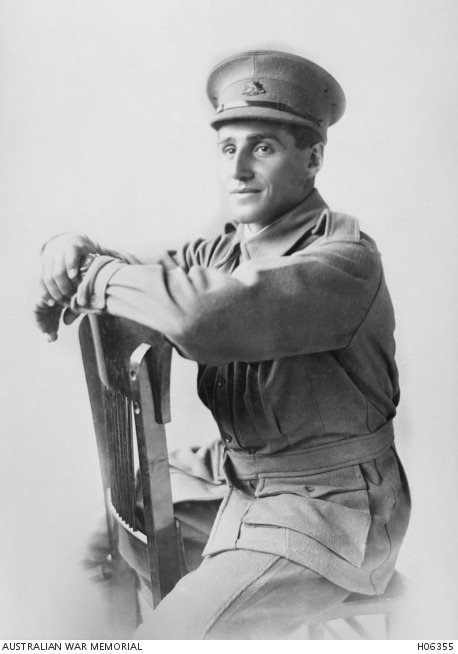 Published on 13 Oct 2016 – by NFSA
The unveiling of a monument for Alan David Mitchell, the first soldier from Manly (New South Wales, Australia) to die in the First World War. Erected by his parents and unveiled on 14 October 1916, the monument remains in place along The Corso in Manly. Over time it has been updated to commemorate all those from the district who have died fighting in conflicts from the South African War to Afghanistan.
Sir Munro Ferguson, Governor General of Australia, and his party are seen arriving to unveil a memorial in the Sydney suburb of Manly on 14 October 1916. The memorial was erected by Mr and Mrs Mark Mitchell. Their son Alan David Mitchell was the first soldier from Manly to die in the war, after wounds received at Gallipoli. As the flag goes up and the camera slowly pans, the couple seated in a prominent position, with the woman in dark attire, is likely to be the Mitchells.
Atop the column is a globe of the world with Australia featured upon it. The word ANZAC is engraved on a band circling the globe. The two flags flanking the memorial are the Australian National Flag and the Union Jack. A raised wide shot captures the crowd around the memorial.
From AUSTRALASIAN GAZETTE. NFSA title 35197
Tweet