Wildcard selection is deemed by Surfing Australia in conjunction with Rip Curl.

Finn Cox (Gnarabup, WA) ensured a GromSearch National Final trophy would be making it’s way across the country, taking out the 16 Boys division. Cox remained busy in the heat with northern beaches surfer Jamie Thomson (Narrabeen, NSW) catching a giant 12 waves to Thomson’s two, however, the tactic paid off for the West Australian as he mustered up an impressive 13.27 two-wave heat total to gain the upper hand and take the win. 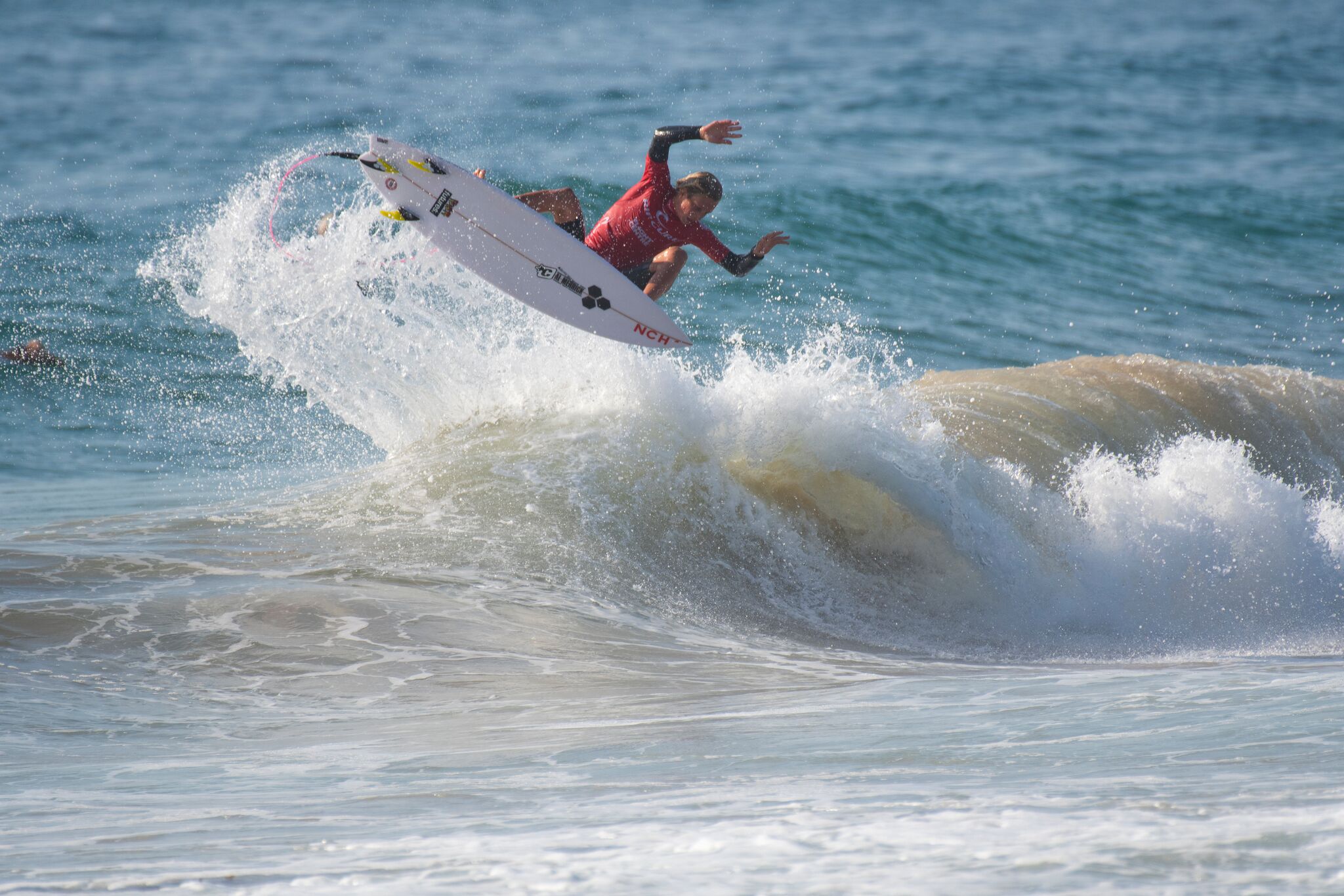 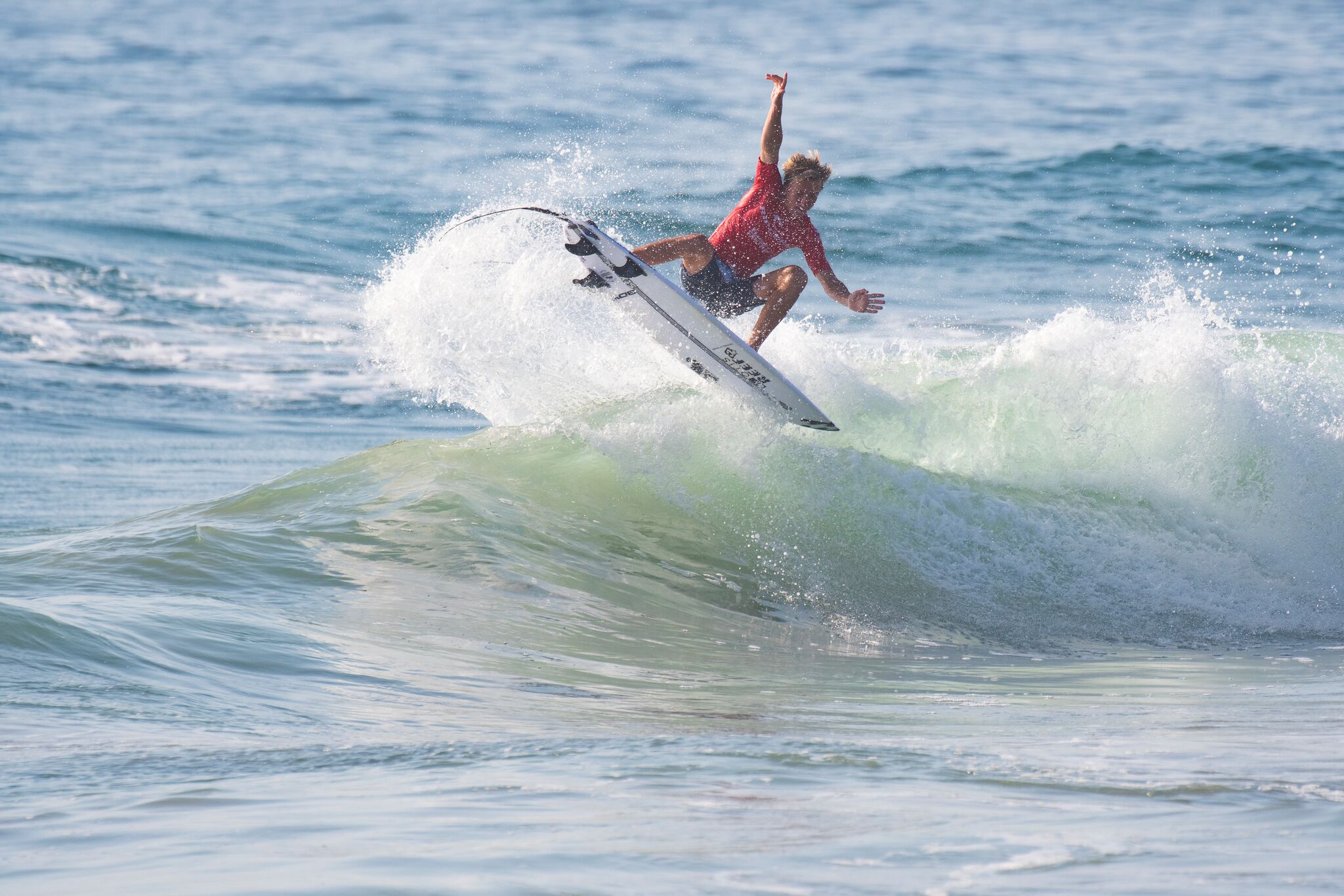 Molly Picklum (Shelly Beach, NSW) claimed her second title from as many events in 2019, taking out the 16-and-Under Girls. Molly appeared to build on the momentum that allowed her to claim victory in the Hydralyte Pro Junior at Stradbroke Island this past weekend, taking the victory over fellow event standout Carly Shanahan (Wooli, NSW). Picklum employed similar tactics to Cox in the boys division, remaining busy in the final, catching 11 waves and finishing with a respectable 14.06 two-wave heat total. 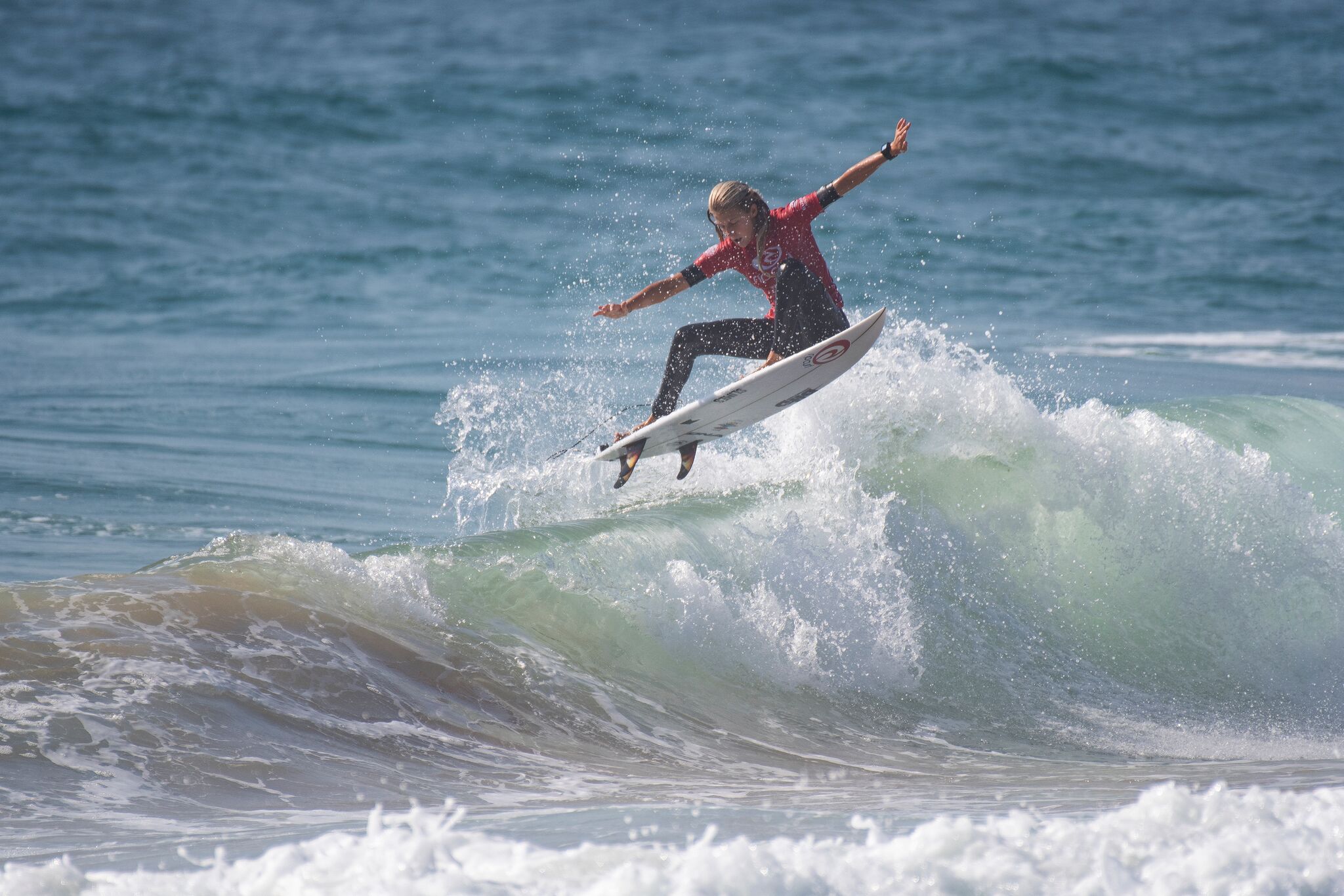 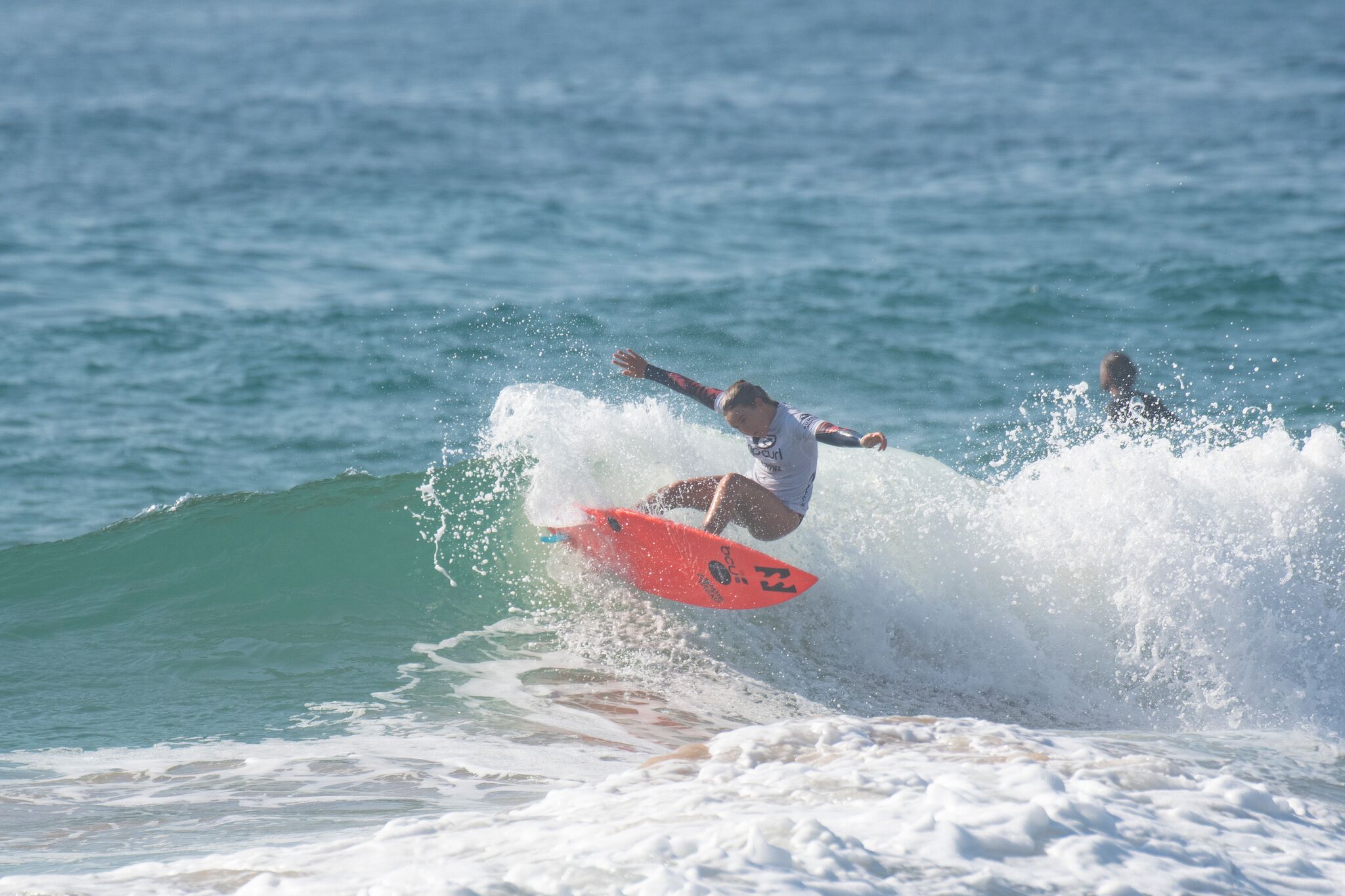 Lennix Smith (Barrack Heights, NSW) took the lone local title for the Illawarra surfing contingent, taking out the 14 Boys division. Smith went toe-to-toe with Matt Boyle in the exciting affair but was able to snatch the win by a 1.07 margin.

In an exciting battle between two interstate surfers, Jazz Wylie (Jan Juc, Vic) and Lilliana Bowrey (Tewantin, Qld) managed to find a handful of diamonds in the rough in the 14 Girls division. Both surfers picked the eyes out of the little peaks on offer, however Wylie was able to take the win by a tiny 0.96 margin ahead of Bowrey. 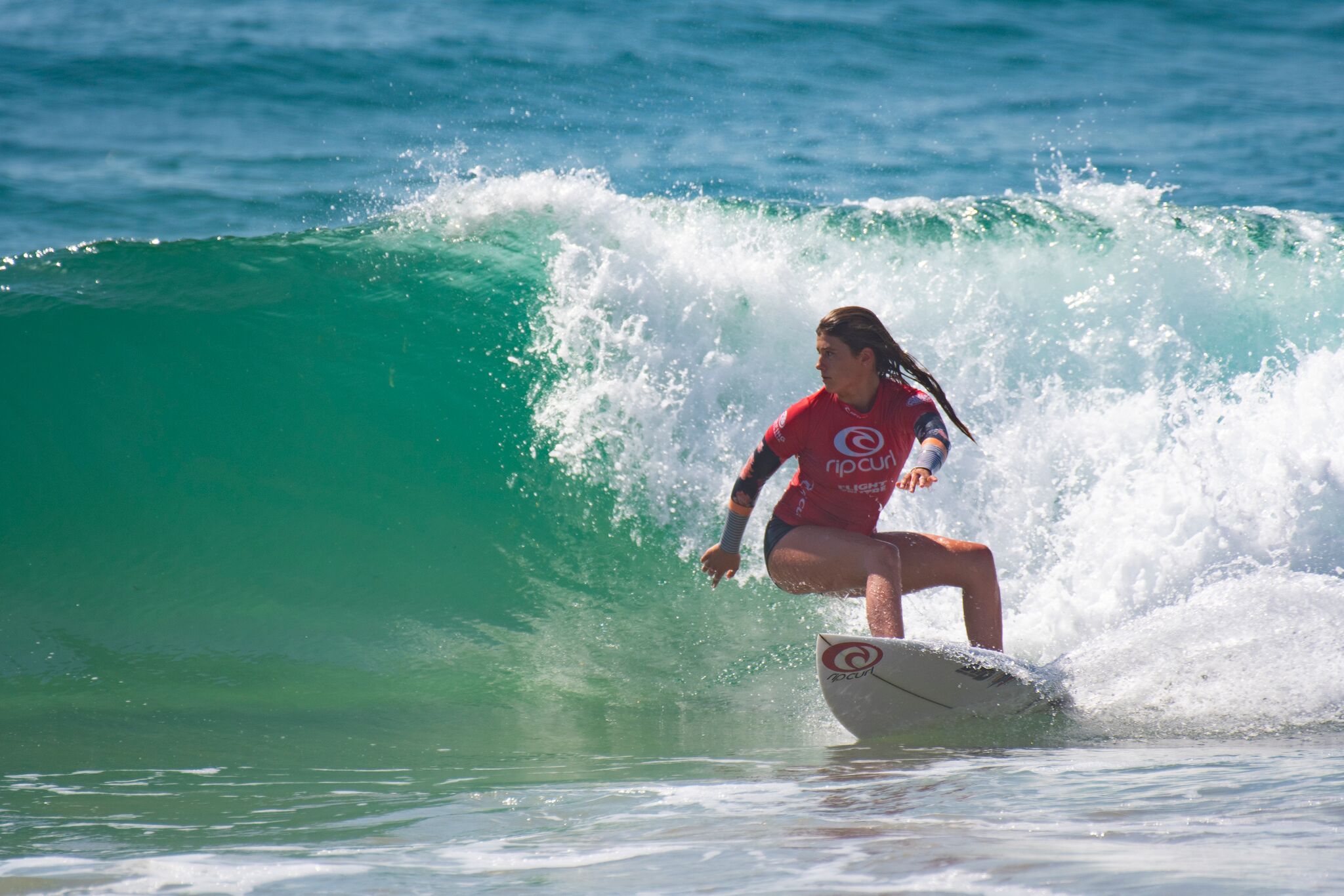 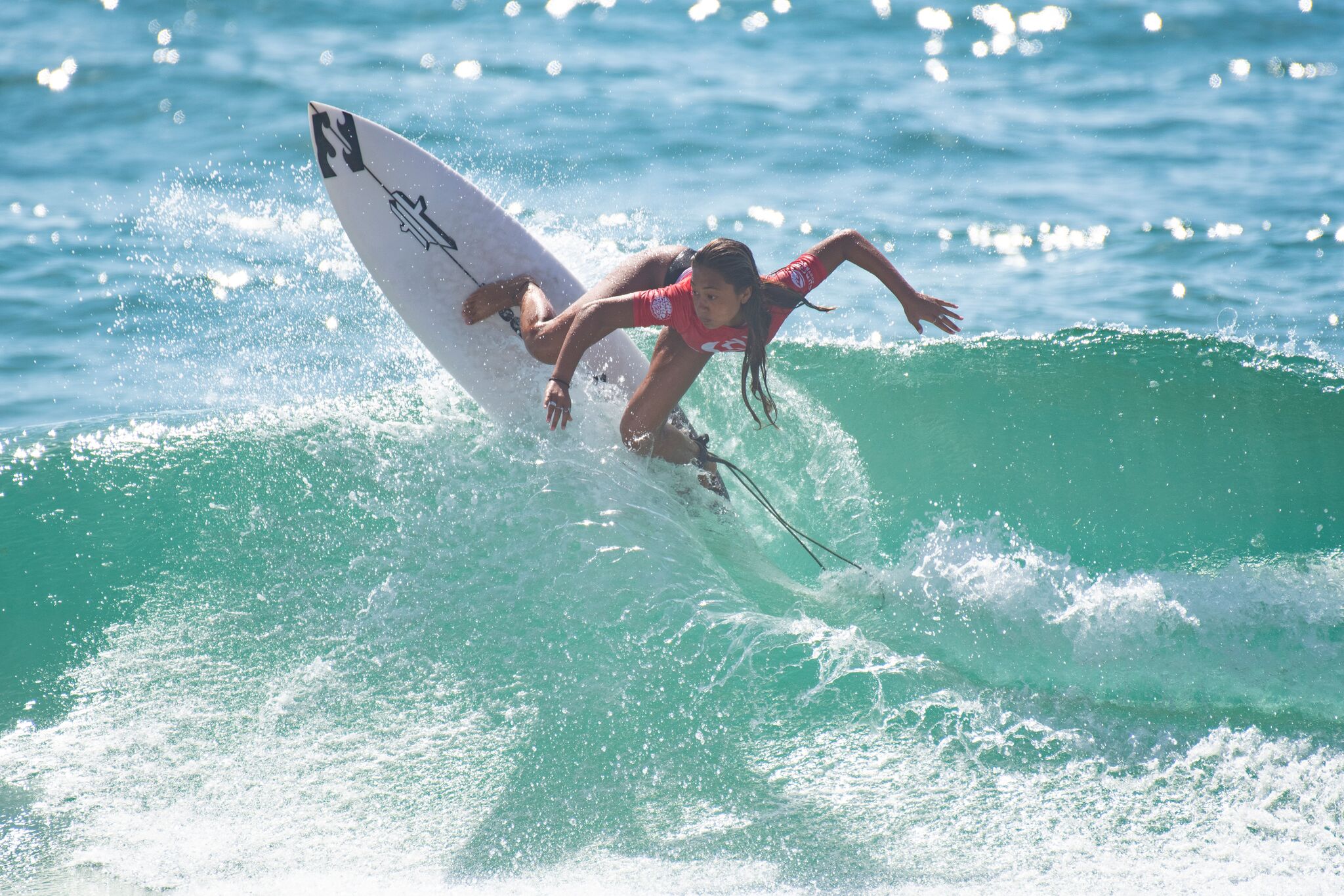 Chez Bos (Burleigh, Qld) surfed well beyond his years in the 12 Boys division, executing a handful of decent forehand snaps and carves to get the win ahead of Yuma Nagasawa (Japan). With both surfers having notched up scores in the six and seven-point range, Bos was able to get the edge thanks to a higher backup score that allowed him to take the victory over the Japanese surfer by less than half a point. 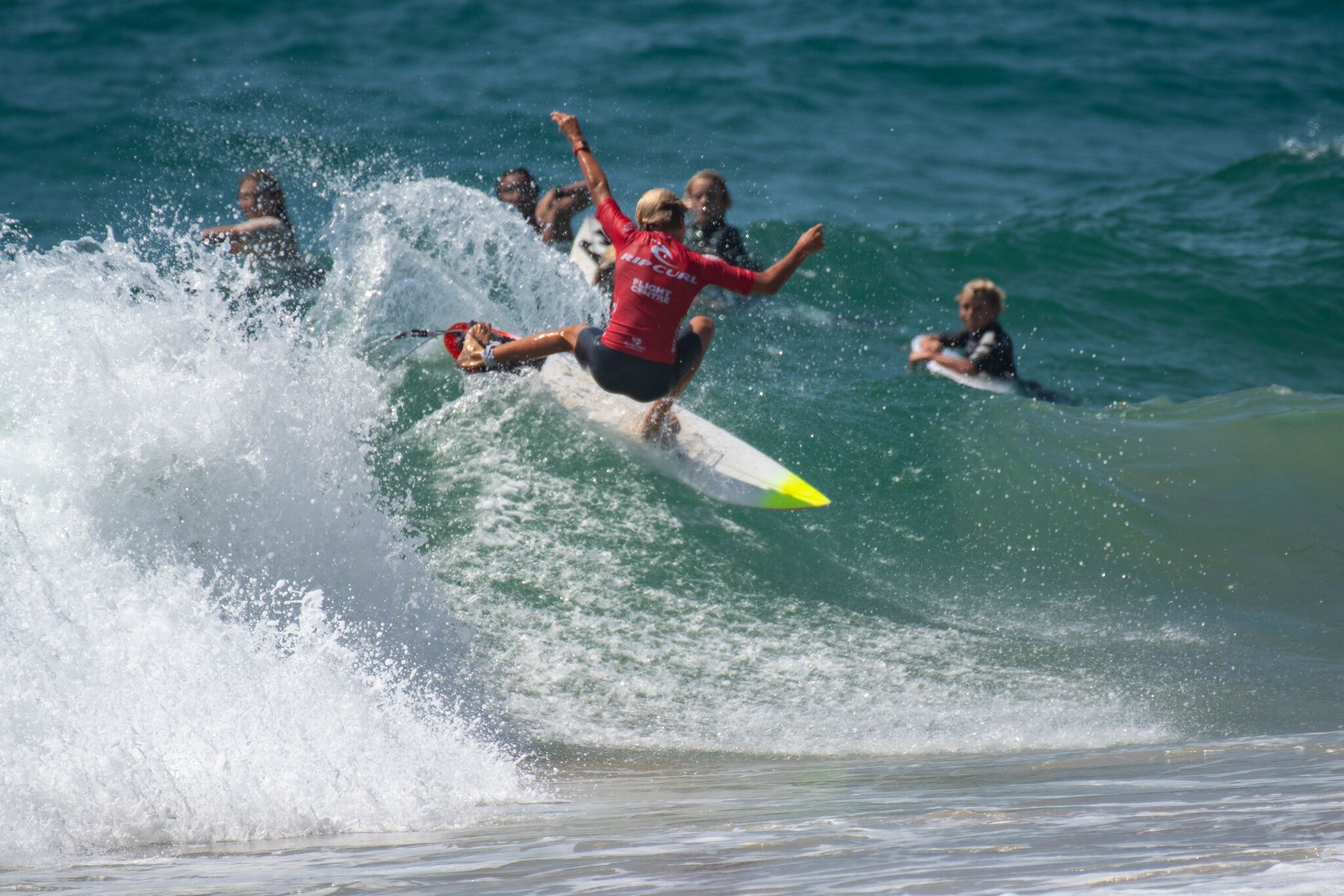 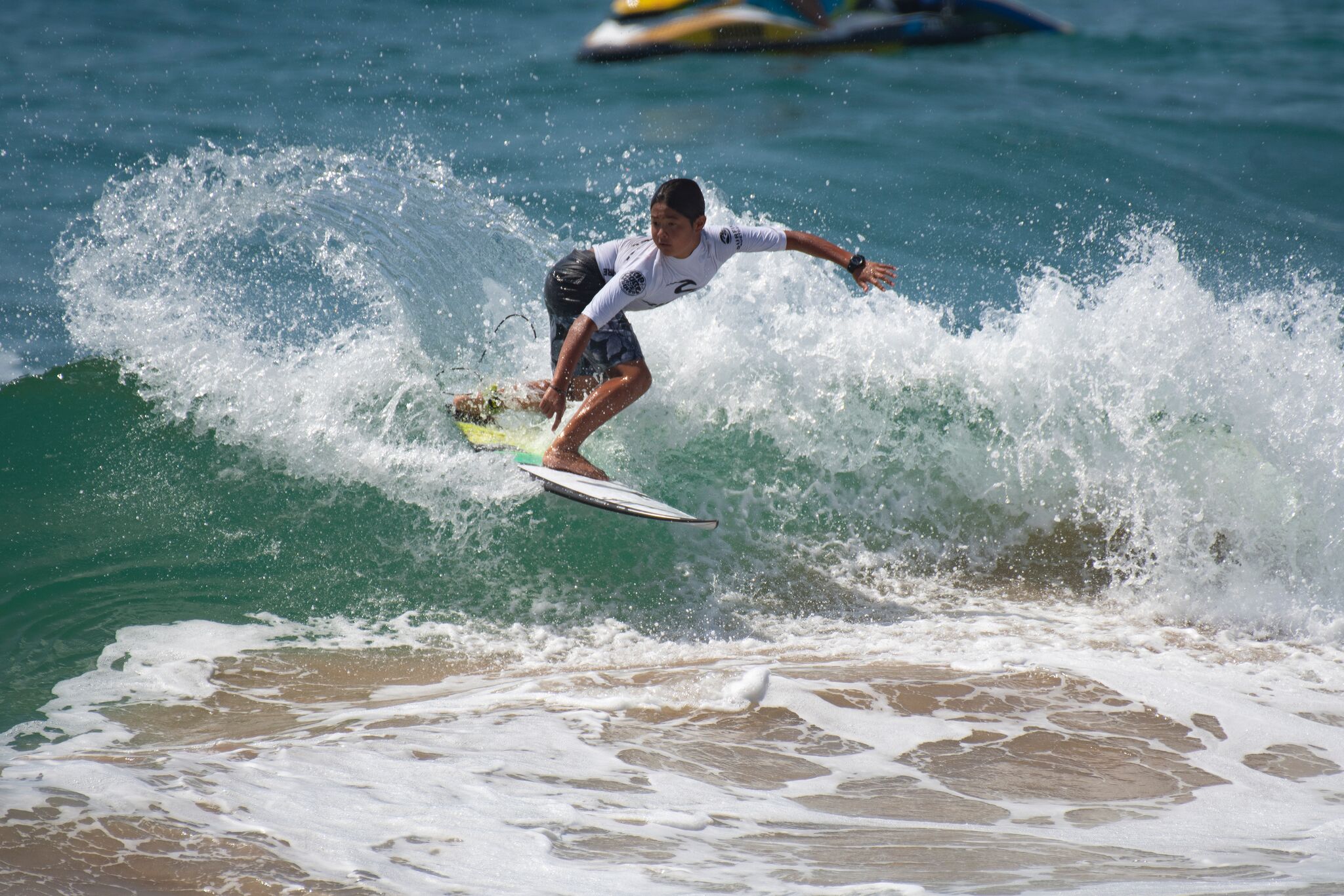 Willow Hardy (Margaret River, WA) showed that she would potentially be a future threat in the years to come, taking out the 12 Girls final. Hardy performed a handful of impressive forehand snaps in the heat to get the victory with a 12.33 two-wave heat total ahead of Quincy Symonds (Tweed Heads, NSW). 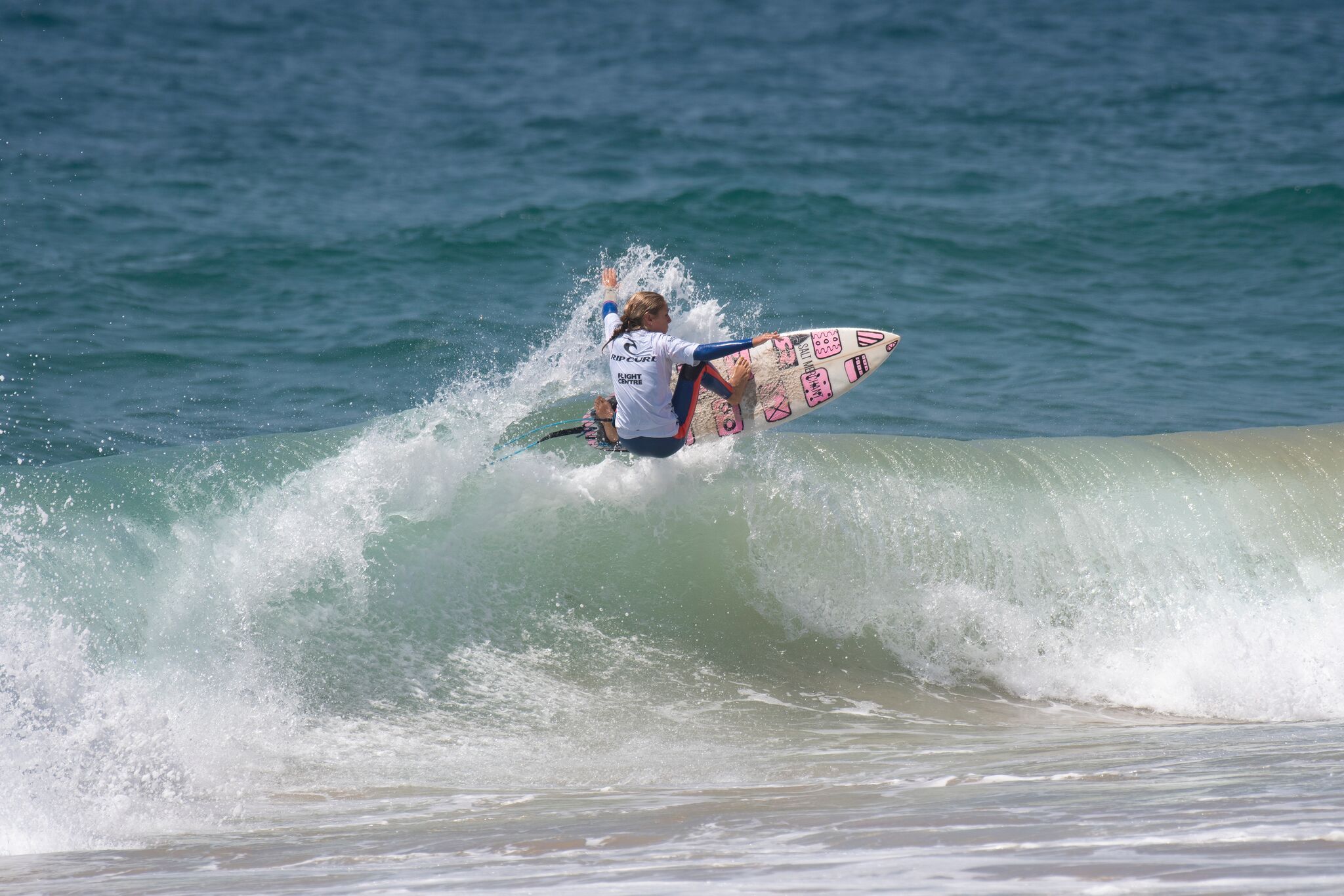 The main base for the National Final of the Rip Curl GromSearch presented by Flight Centre was Woonona and Sandon Point with backup locations of Bellambi, Port Kembla, Stanwell Park and Thirroul. 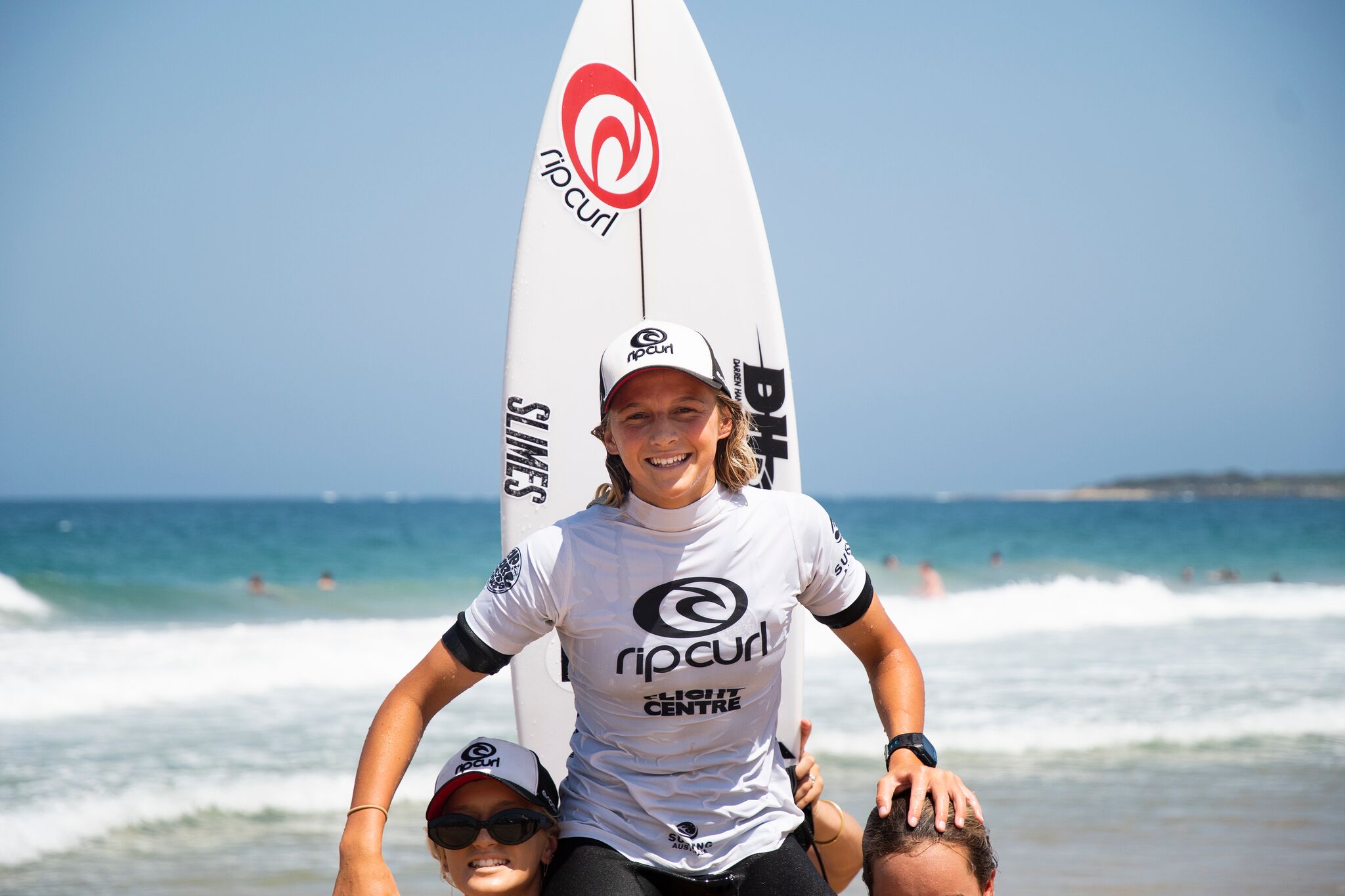 The Rip Curl GromSearch presented by Flight Centre National Final shifted south to Woonoona for the second day of competition today as some of Australia’s best and most promising grommets fought to earn a spot into tomorrow’s finals.

After fighting his way through the requalification rounds, Jamie Thomson (Narrabeen, NSW) proceeded to dominate his quarterfinal exchange, nailing a massive 15.94 two-wave heat total. Thomson threw down a handful of impressive forehand snaps and carves to notch up the aforementioned score and cement himself a position into the 16 Boys semi-finals where he’ll meet Indi White (Jan Juc, Vic). 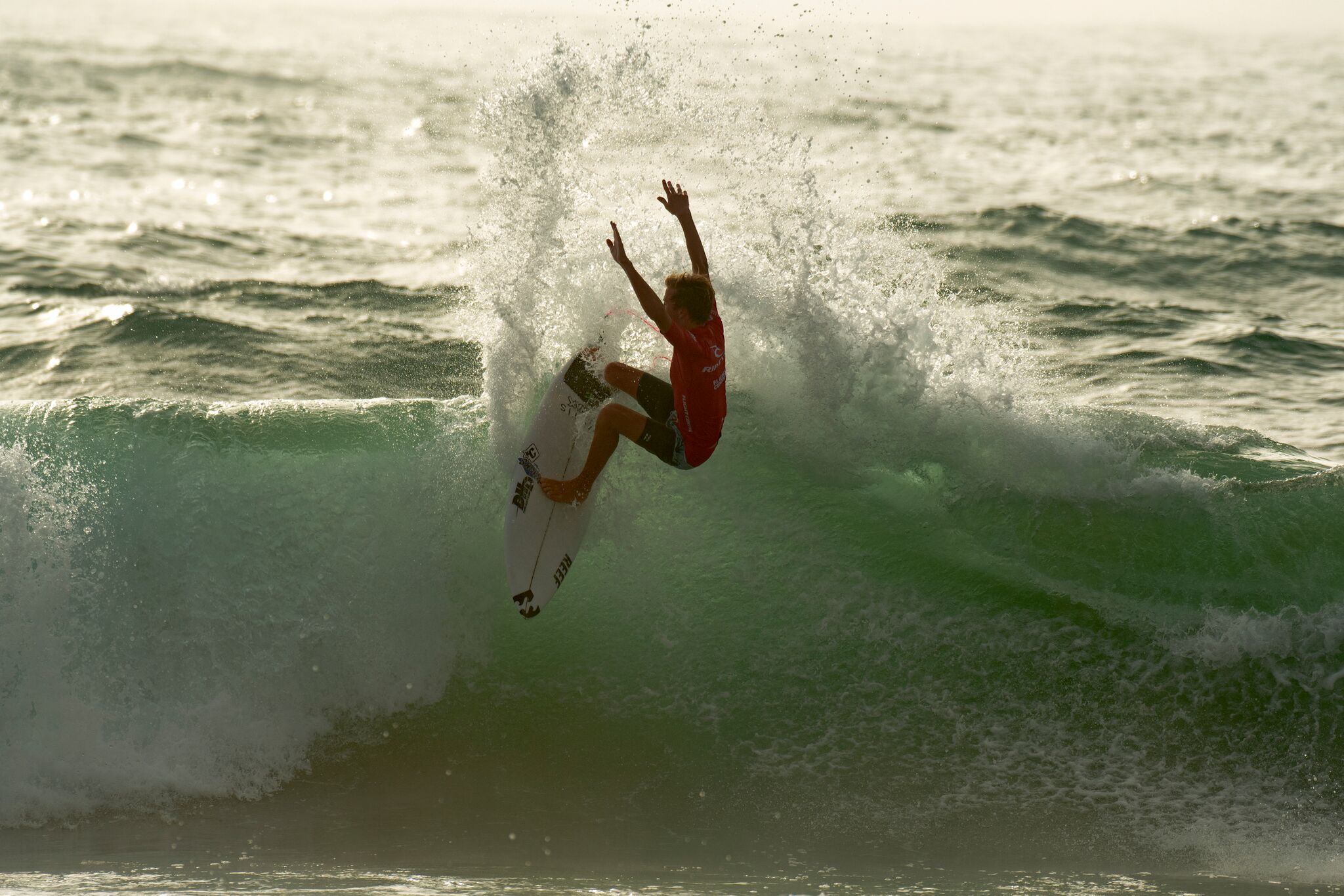 Carly Shanahan (Wooli, NSW) and Molly Picklum (Shelly Beach, NSW) both kept their momentum snowballing through the quarterfinals today with both surfers posting heat totals in the 12-point range. Both surfers nailed an eclectic mix of snaps and carves in their respective exchanges to ensure they would make the final day of competition. 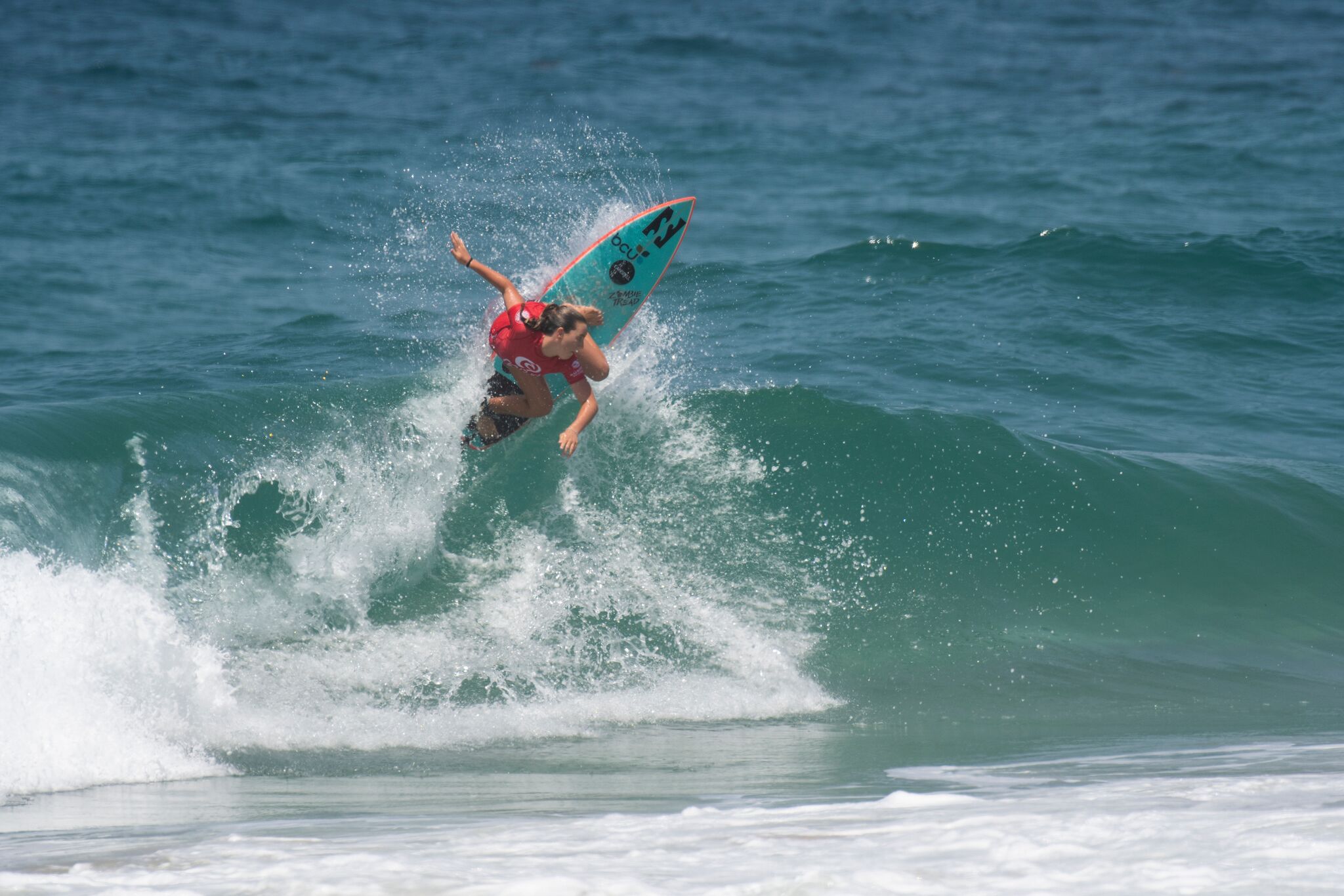 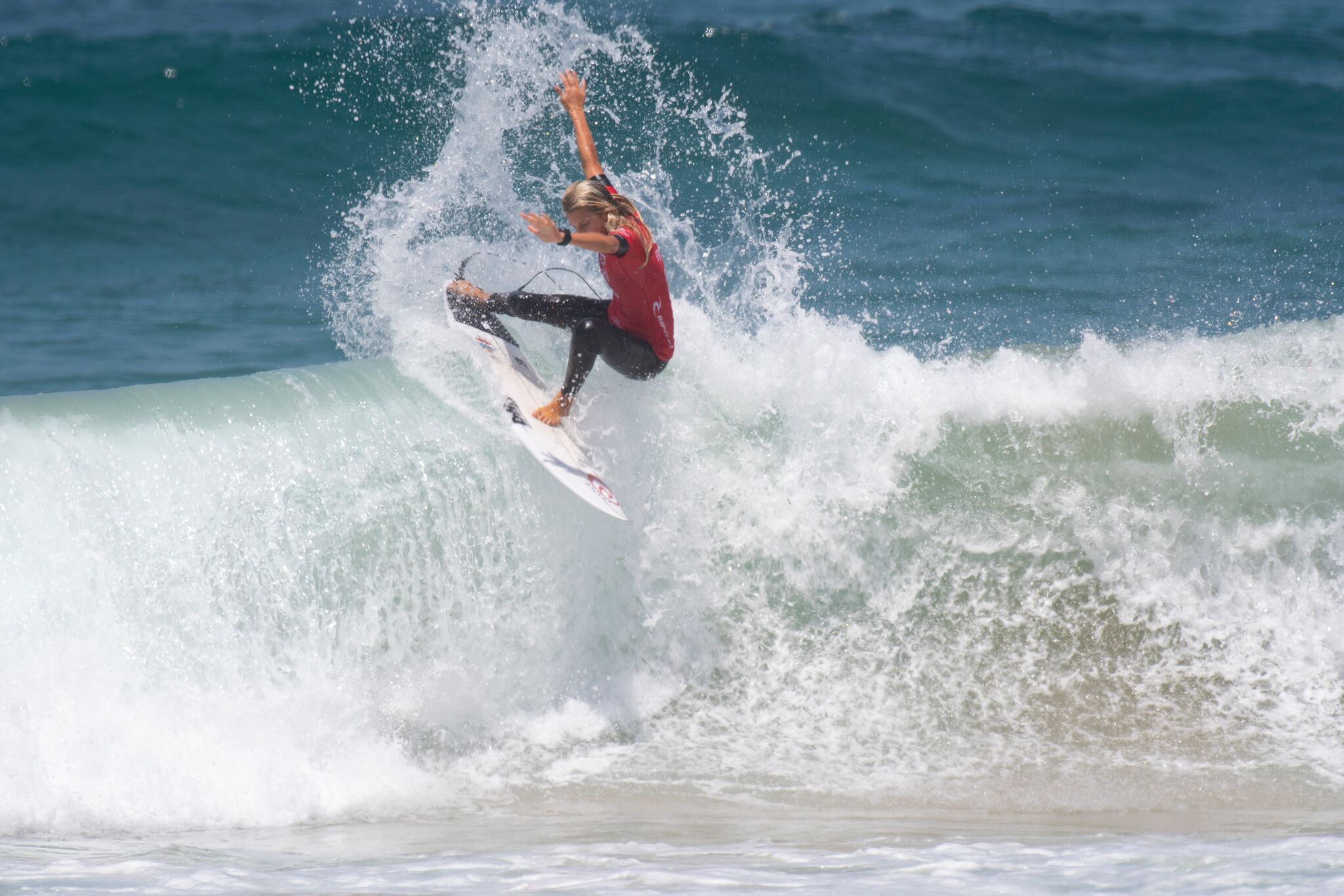 Lennix Smith (Barrack Point, NSW) flew the flag loud and proud for the local surfing contingent, nailing a solid 14.53 two-wave heat total in a stacked 14 Boys quarterfinal. Smith seamlessly linked together a chain of impressive backside snaps and carves in the heat to get the win ahead of Touma Cameron (Byron Bay, NSW), Marlon Harrison (Coolangatta, Qld) and Dembe Ryan (Lennox Head, NSW) who claimed second, third and fourth respectively. 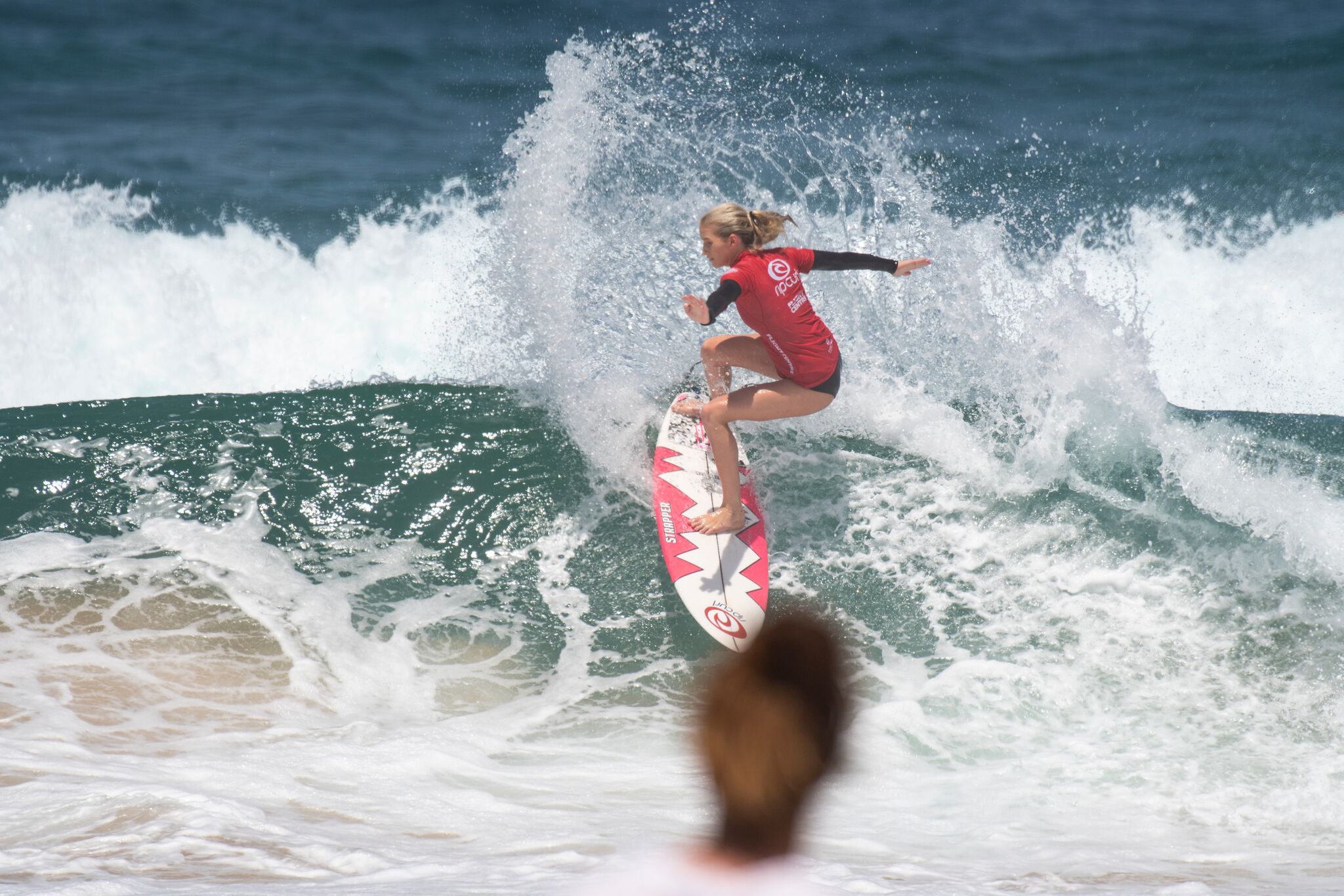 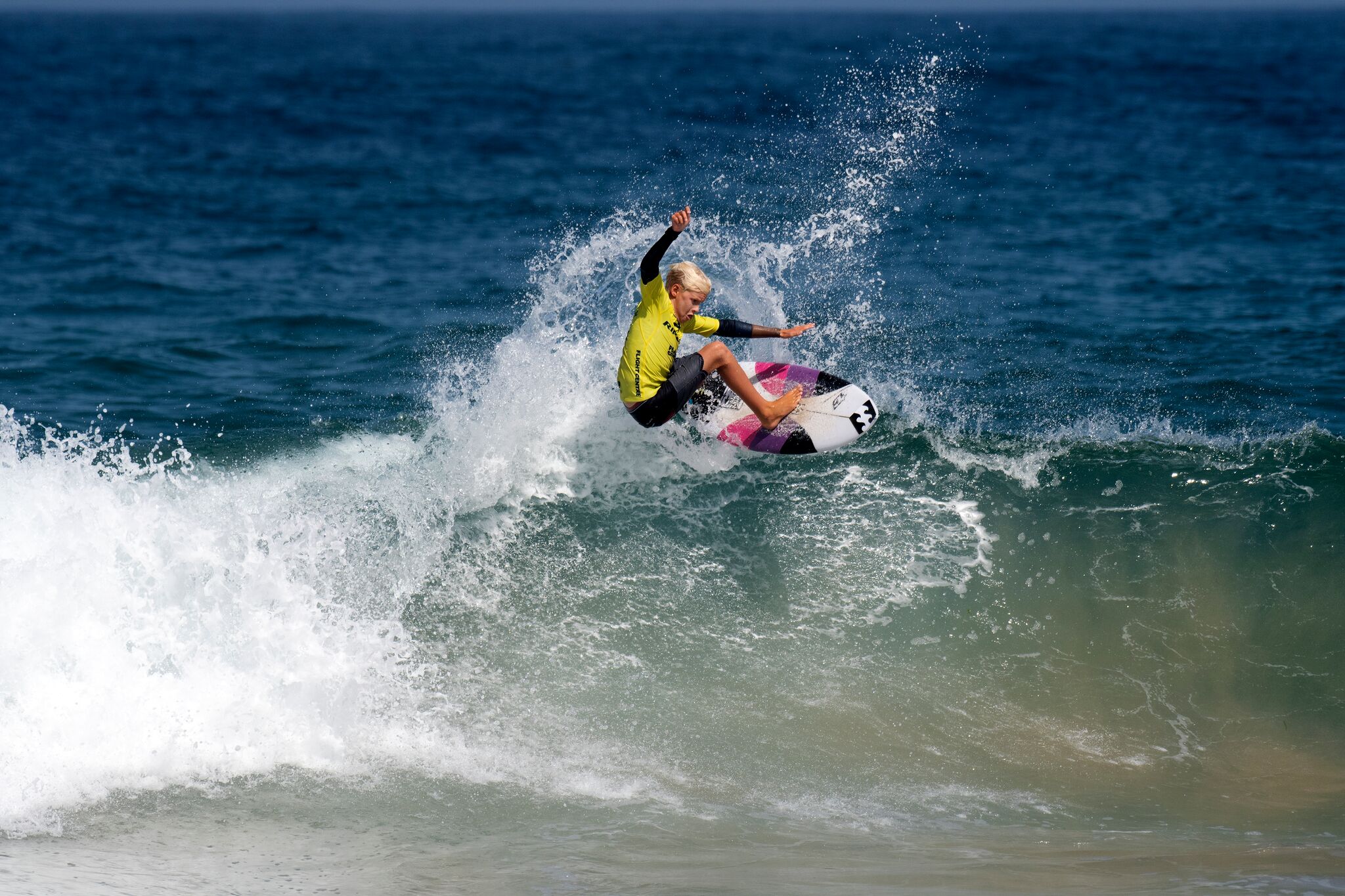 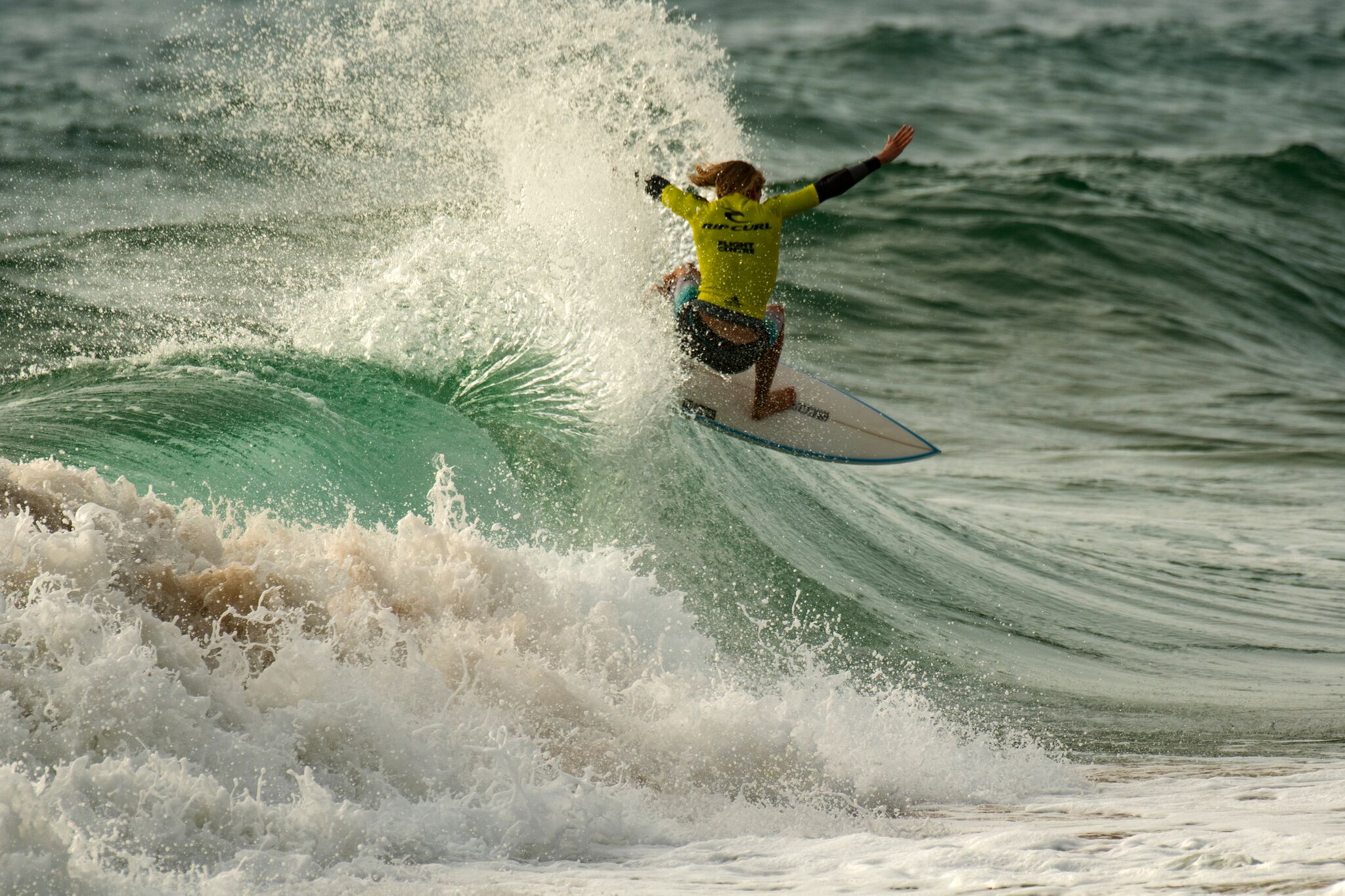 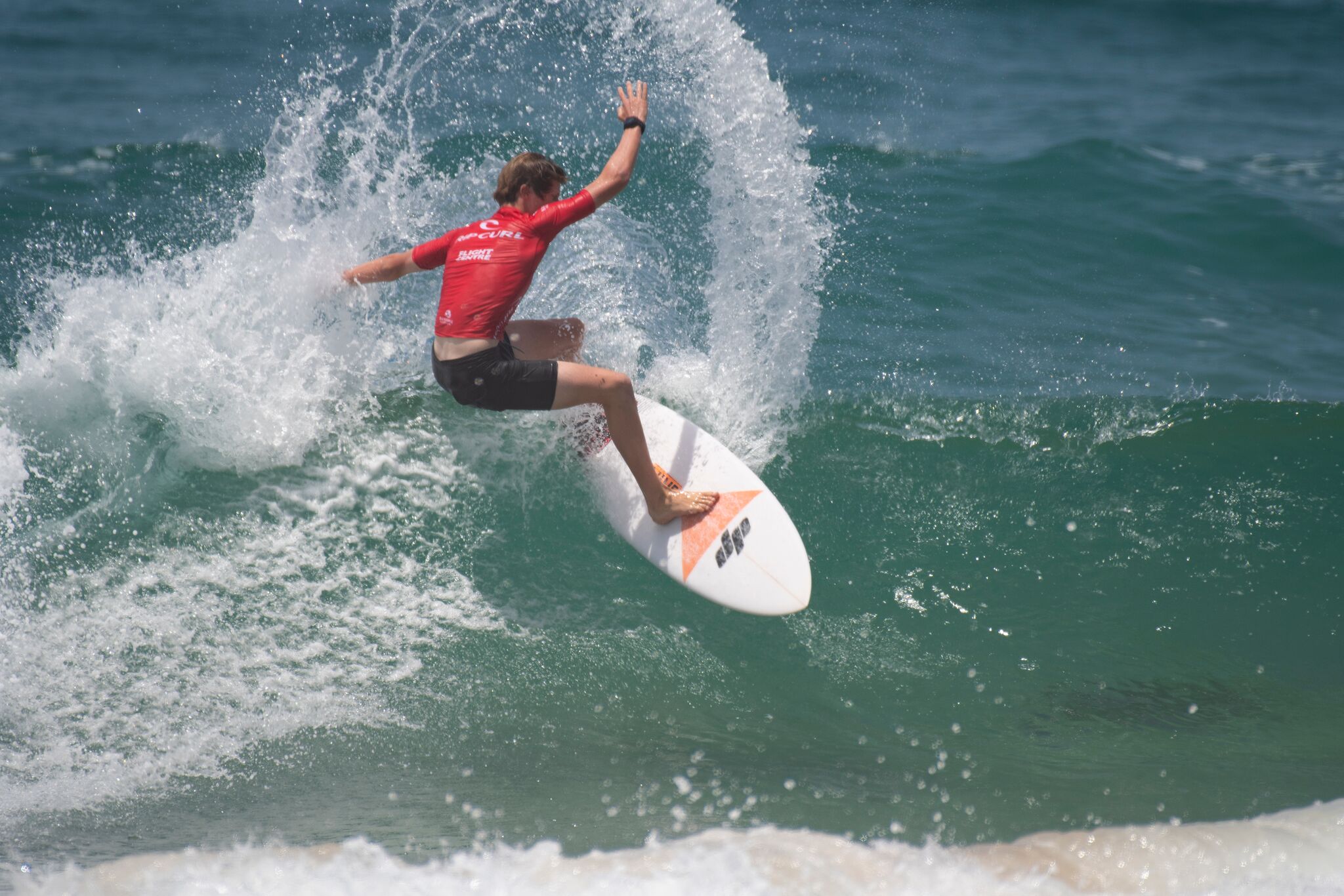 The opening day of the Rip Curl GromSearch presented by Flight Centre National Final saw some of Australia’s most talented young surfers shining in difficult conditions at Sandon Point as the event tore through the opening rounds.

Perennial GromSearch standout George Pittar (Manly, NSW) put on a fluent display of power surfing early in the day, posting a decent 14.34 two-wave heat total in his opening 16-and-Under Boys heat. Pittar executed an array of impressive forehand snaps to post the aforementioned score and book his spot straight into the quarterfinals. 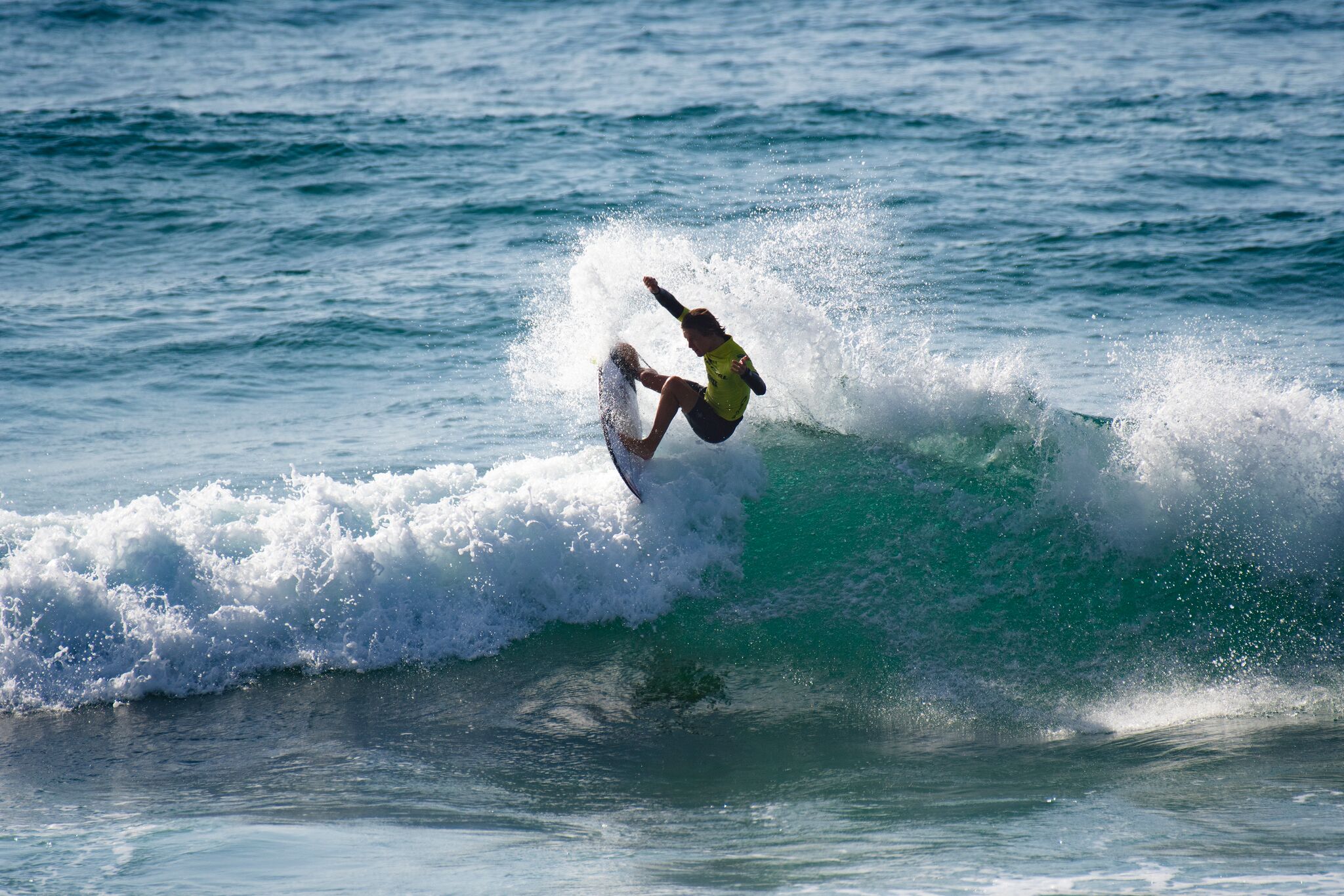 Fresh off a Pro Junior win at Stradbroke Island last weekend, Molly Picklum (Shelly Beach, NSW) continued to build on her current momentum in her opening 16-and-Under Girls heat, posting a giant 16.87 two-wave heat total. Picklum performed well beyond her years in the opening exchange, performing a handful of giant forehand carves and snaps. As a result, Molly will make her next appearance in the quarterfinals. 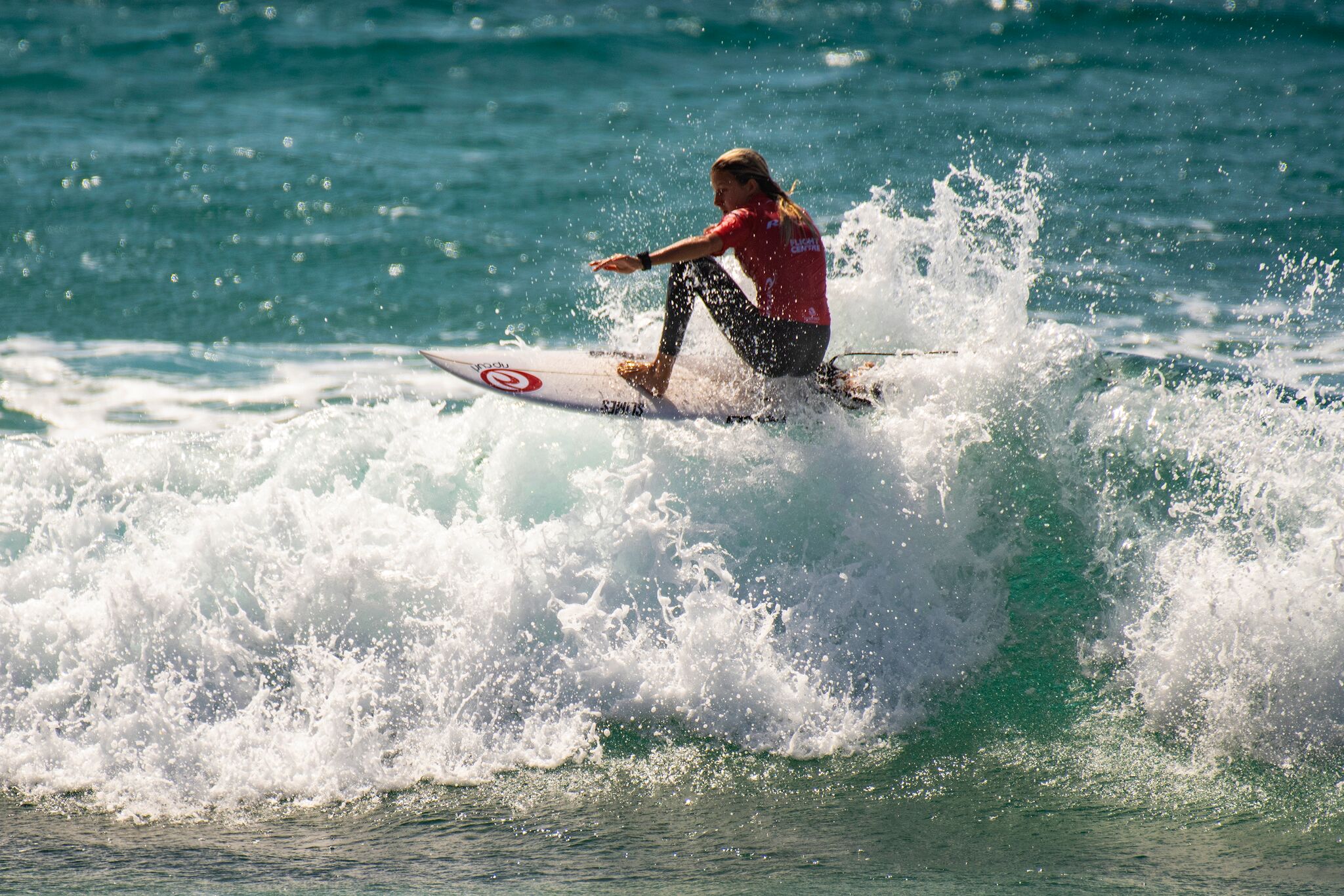 Illawarra native Lennix Smith (Barrack Point, NSW) showed his knowledge of Wollongong beach breaks taking an impressive win in his first 14-and-Under Boys heat. Smith put on a healthy display of technical turns and carves in the heat to post a 15.06 two-wave total and get the win ahead of constant event standout Marlon Harrison (Coolangatta, Qld). 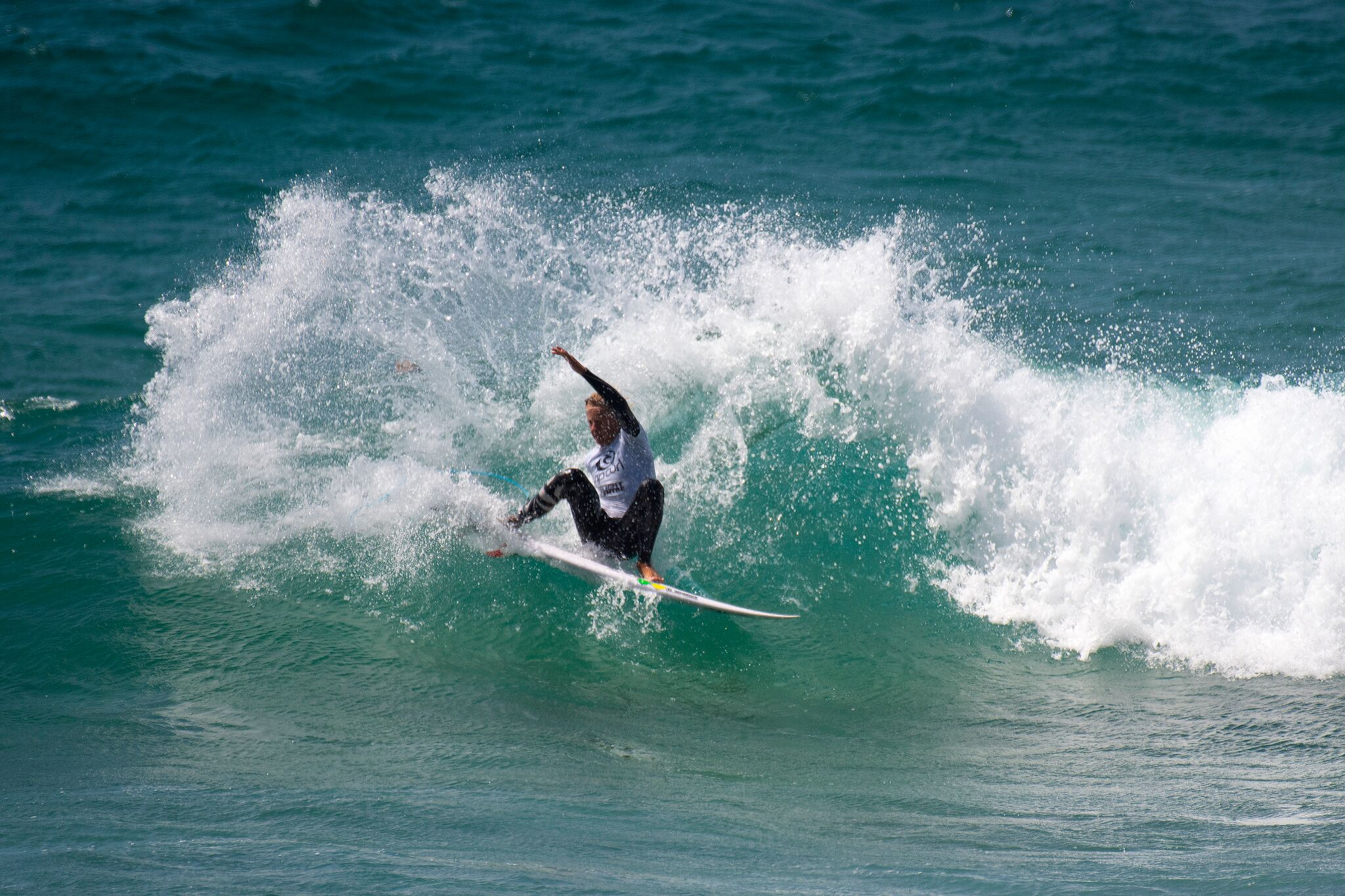 After finishing in the runner-up position at last year’s Rip Curl GromSearch presented by Flight Centre National Final, Cedar Leigh-Jones (Avalon, NSW) made her intentions clear that she was out for victory in her opening 14-and-Under Girls heat. Leigh-Jones synced her powerful forehand repertoire with the right-handers on offer in the first round, posting a respectable 12.43 two-wave total.

The main base for the National Final of the Rip Curl GromSearch presented by Flight Centre is Woonoona and Sandon Point with backup locations of Bellambi, Port Kembla, Stanwell Park and Thirroul. 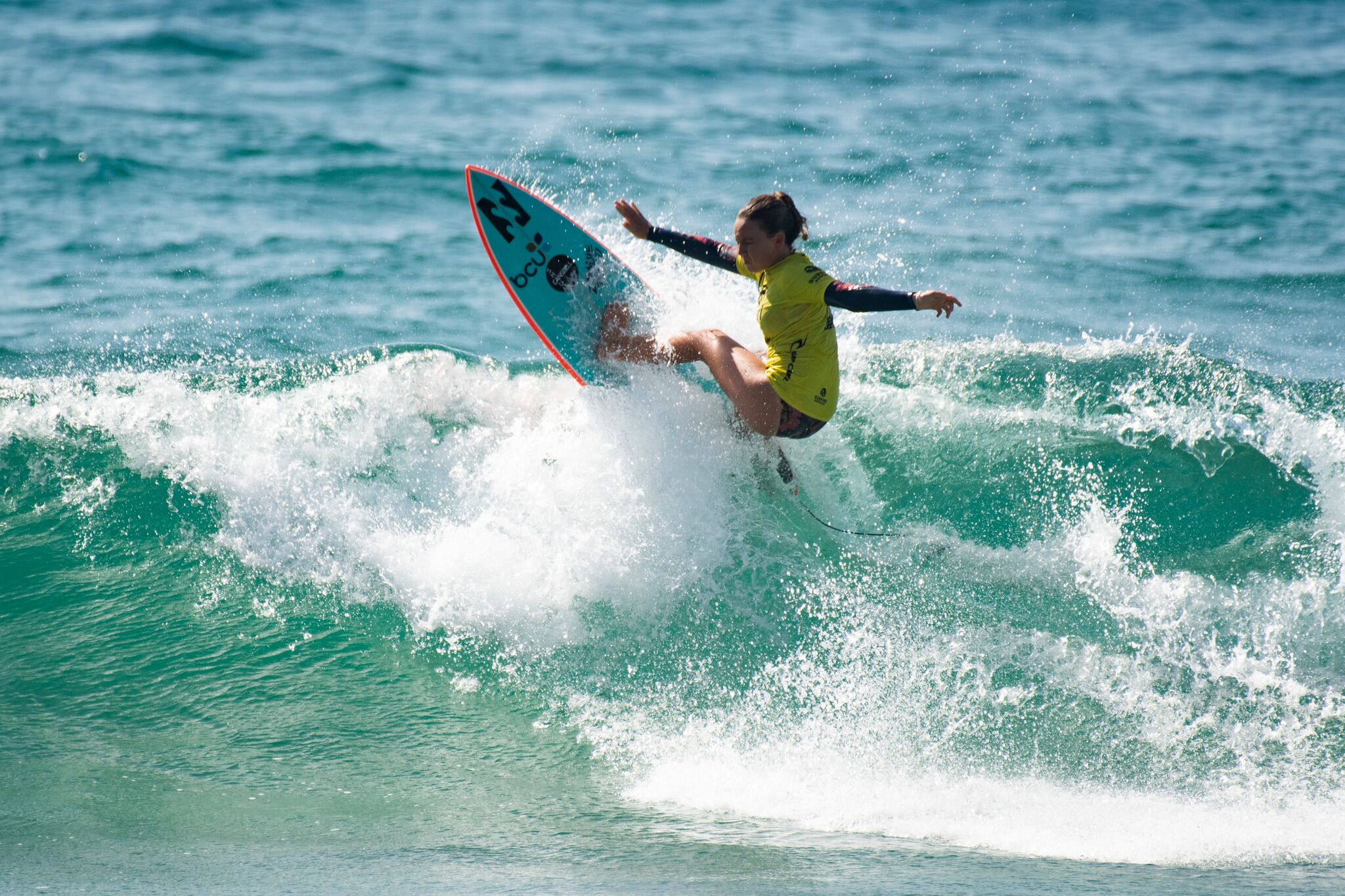 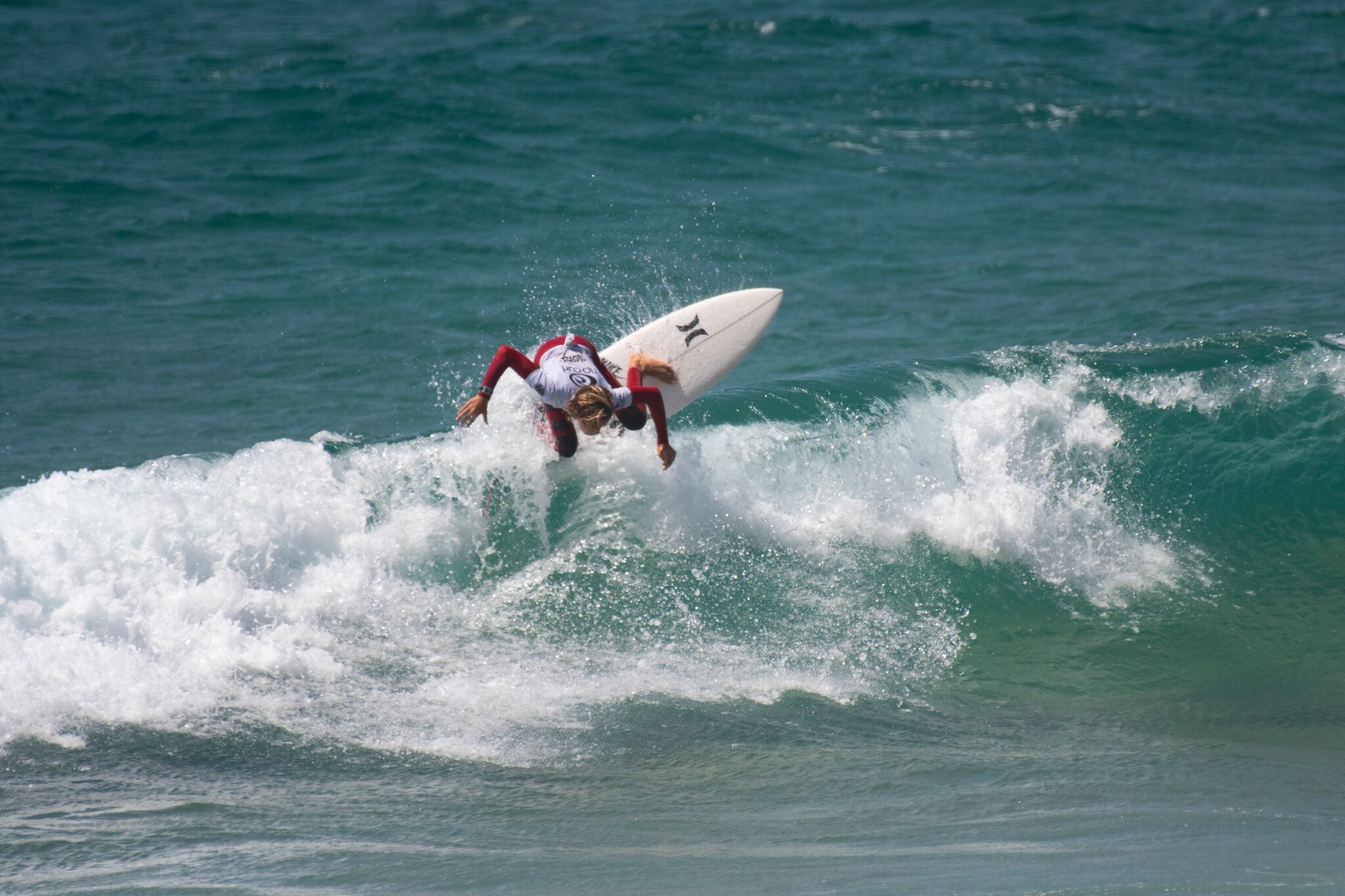 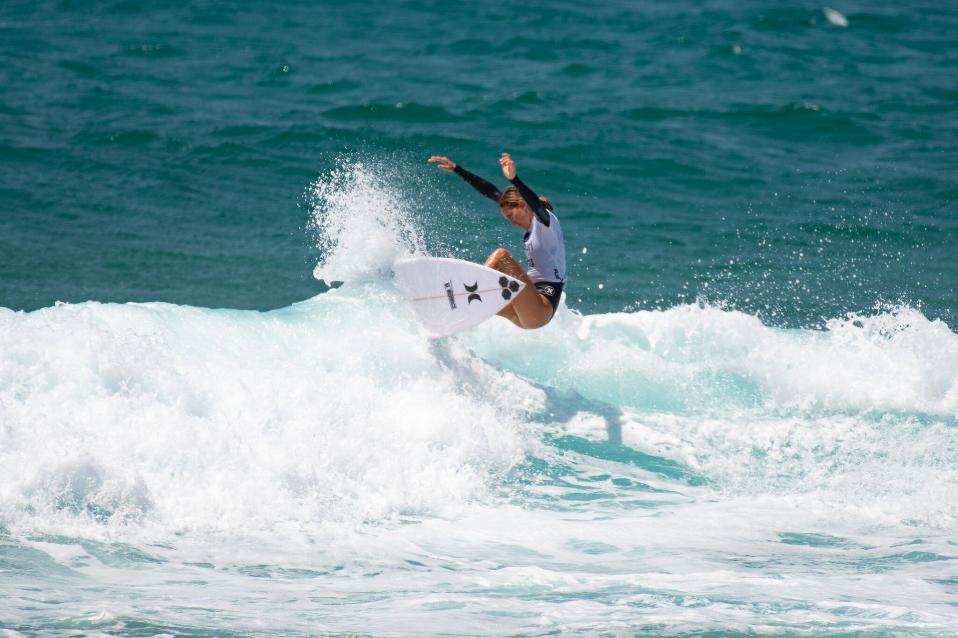