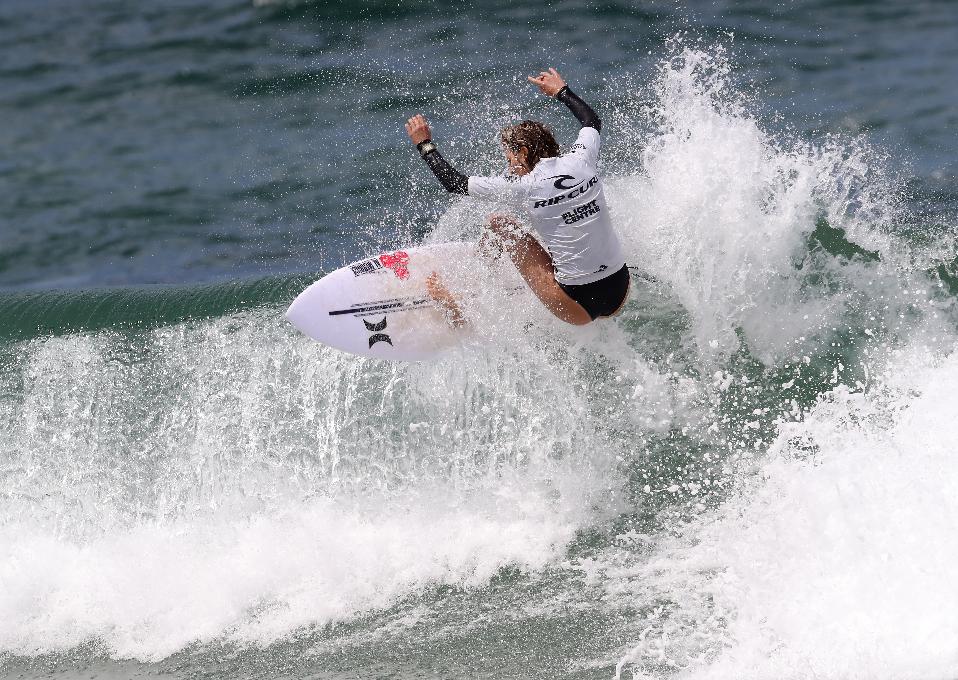 The 2019 Rip Curl GromSearch at Newcastle wrapped up today with six new champions being crowned after a series of exciting heats in two-foot surf.

The 2019 NSW Rip Curl GromSearch kicked off at Dixon Park on Saturday, 5 October 2019 with round one competitors facing a day of challenging weather and waves. Riley Smidt (Corindi Beach, NSW) made his presence known as he posted the highest two-wave heat total of the 16-and-Under Boys, 14.83 (out of a possible 20 points). Smidt executed a variety of exciting turns and snaps in the heat to notch up the score and cement his spot into round two. 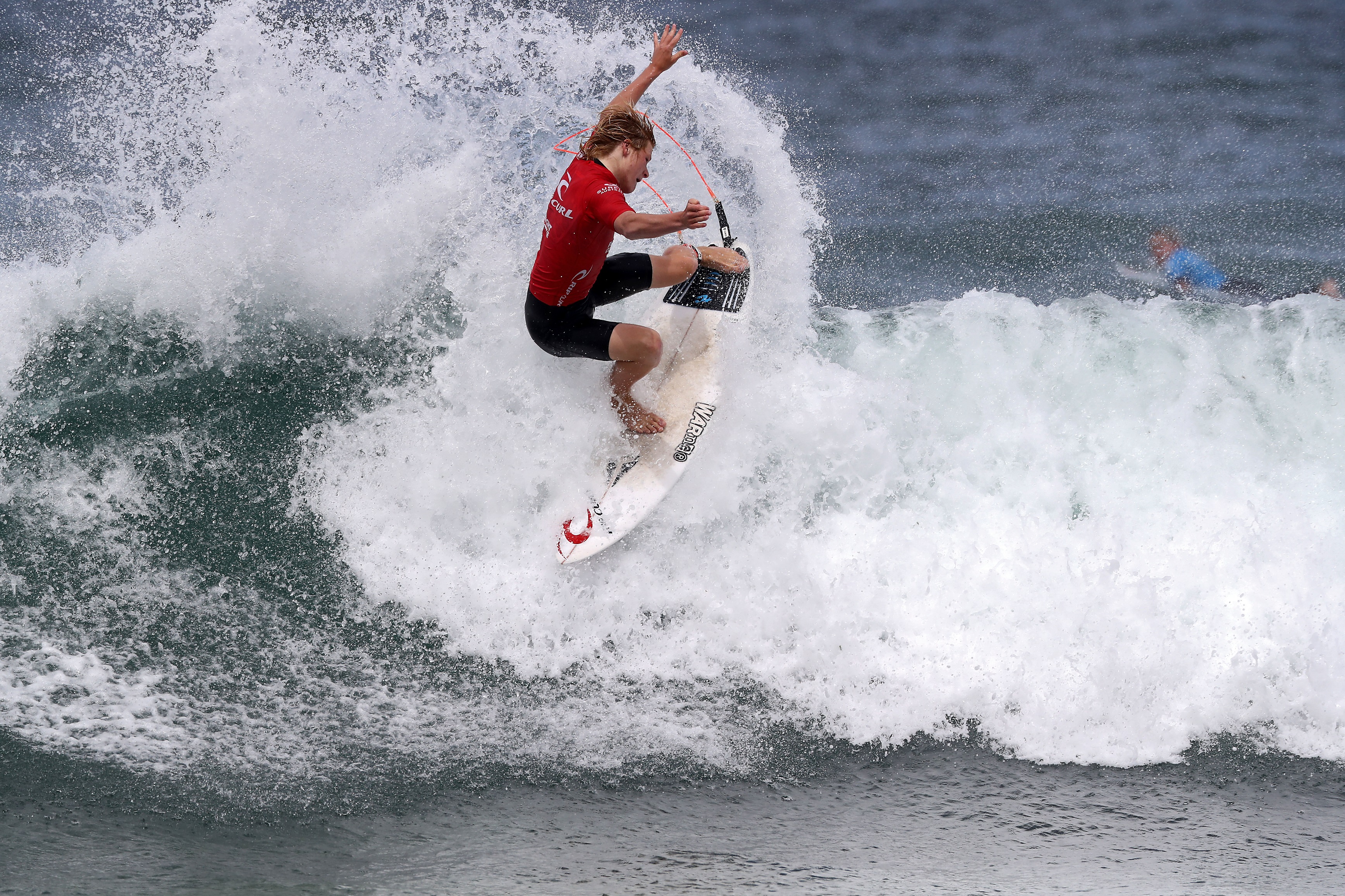 Charli Hurst (Port Kembla, NSW) continued to build on the momentum that saw her make a finals appearance in the 16-and-Under Girls division last week in Victoria, claiming a first-round victory at Newcastle. Hurst surfed beyond her years in the first round exchange notching up a 14.84 two-wave heat total to claim the heat.

Millie Allport (Shelly Beach, NSW) also made a solid impression on the division, posting a 13.24 heat total to take a respective victory.

On Day 2 the competition continuing in tricky one-to-foot peaks at Dixon Park. Rico Haybittle (Burleigh, Qld) continued to build on his momentum from 2019 results, posting a massive 16.40 two-wave heat total. Haybittle nailed an array of giant turns to post the aforementioned score and earn himself a spot into the 12-and-Under Boys quarterfinals. Haybittle was closely followed by local surfer Pheonix Visscher who notched up a respectively decent 16.13 two-wave heat total.

Local surfer Gus Nicholson (Merewether, NSW) bagged a solid victory for the local surfing contingent, posting a decent 15.67 two-wave heat total to claim a win in the 16-and-Under Boys round two heats.  As a result Nicholson has earned himself a space into the quarterfinals where he’ll face Jordy Turansky and Byron Stapleton.

Monday, Day 3, was another action-packed day of competition as competitors fought tooth-and-nail to earn themselves a spot into the final day. 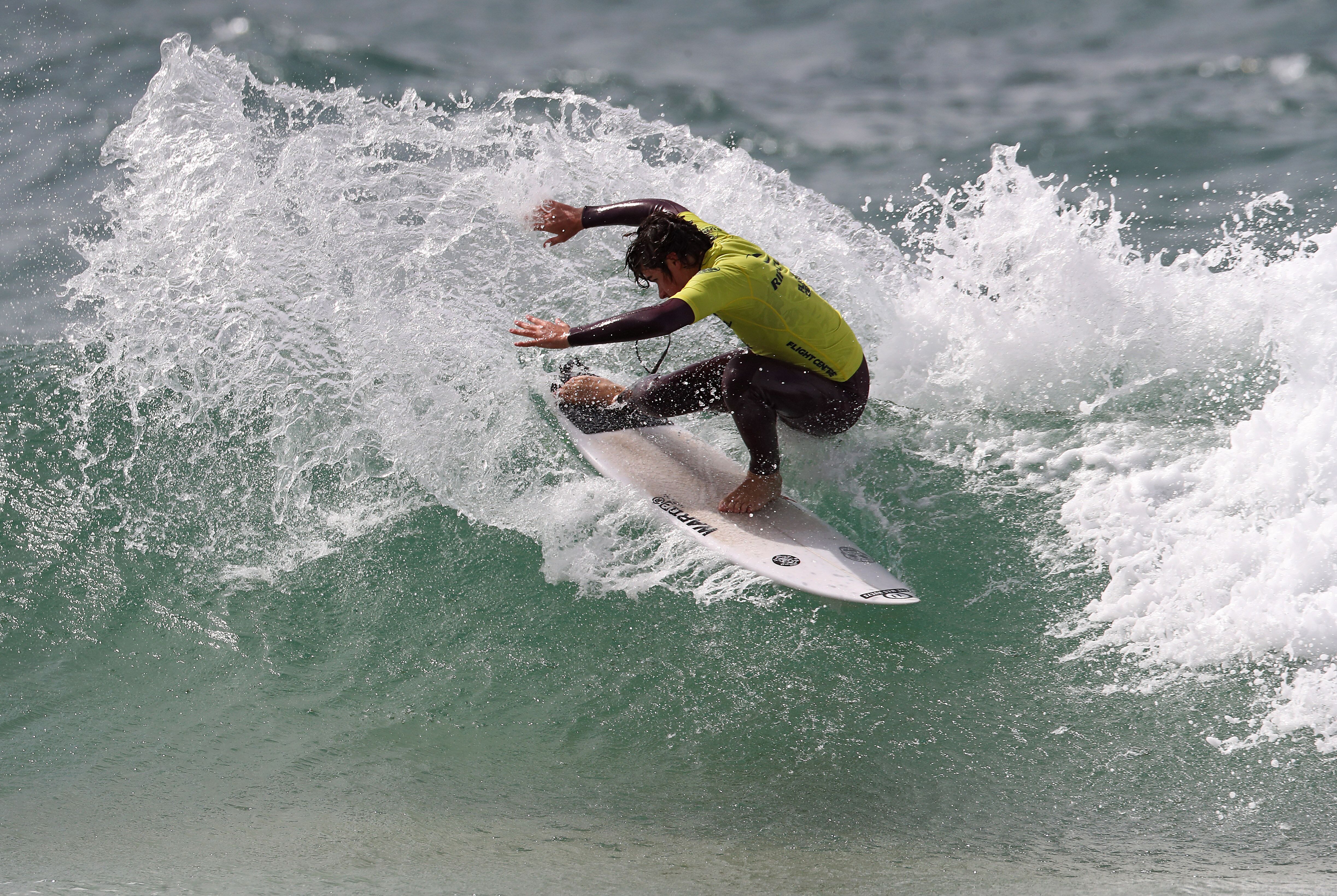 Perennial grommet standout Winter Vincent (Manly, NSW) showed he was one to beat in the 14 Boys division, posting a massive 14.6 two-wave heat total. Vincent performed an array of impressive turns and snaps to notch up the two-wave total and cement himself a spot into the semi-finals.

Keira Buckpitt (Culburra Beach, NSW) surfed beyond her years in the 14 Girls division, posting a near-perfect 9.43 wave score. Buckpitt executed a variety of exciting maneuvers to post the score and earn herself a spot into the semi-finals.

Finals Day saw Ruby Rockstar Trew (Seaforth, NSW) continue to build on her meteoric rise that’s seen her claim a range of victories in 2019, taking top honours in the 12-and-Under Girls division. Trew put on an impressive performance over the course of the heat, posting a respectable 13.6 two-wave heat total to take the win ahead of international competitor Erin Brooks (Hawaii) who finished in the runner-up position.

Fellow northern beaches surfer Fletcher Kelleher (Manly, NSW) ensured another title would return to Sydney, taking out the 12 Boys division. The stylish goofy-footer dominated the division, notching up a mammoth 16.33 two-wave heat total which left his rivals needing two-wave combinations to take away his lead.

After making the final at the recent Rip Curl GromSearch event in Victoria, Cedar Leigh-Jones (Whale Beach, NSW) went a few steps further in Newcastle, taking the top spot in the 16-and-Under Girls final. Leigh-Jones went neck-and-neck with former GromSearch champion Nyxie Ryan (Lennox Head, NSW) but was able to get the nod, thanks to a giant 16.83 two-wave heat total. 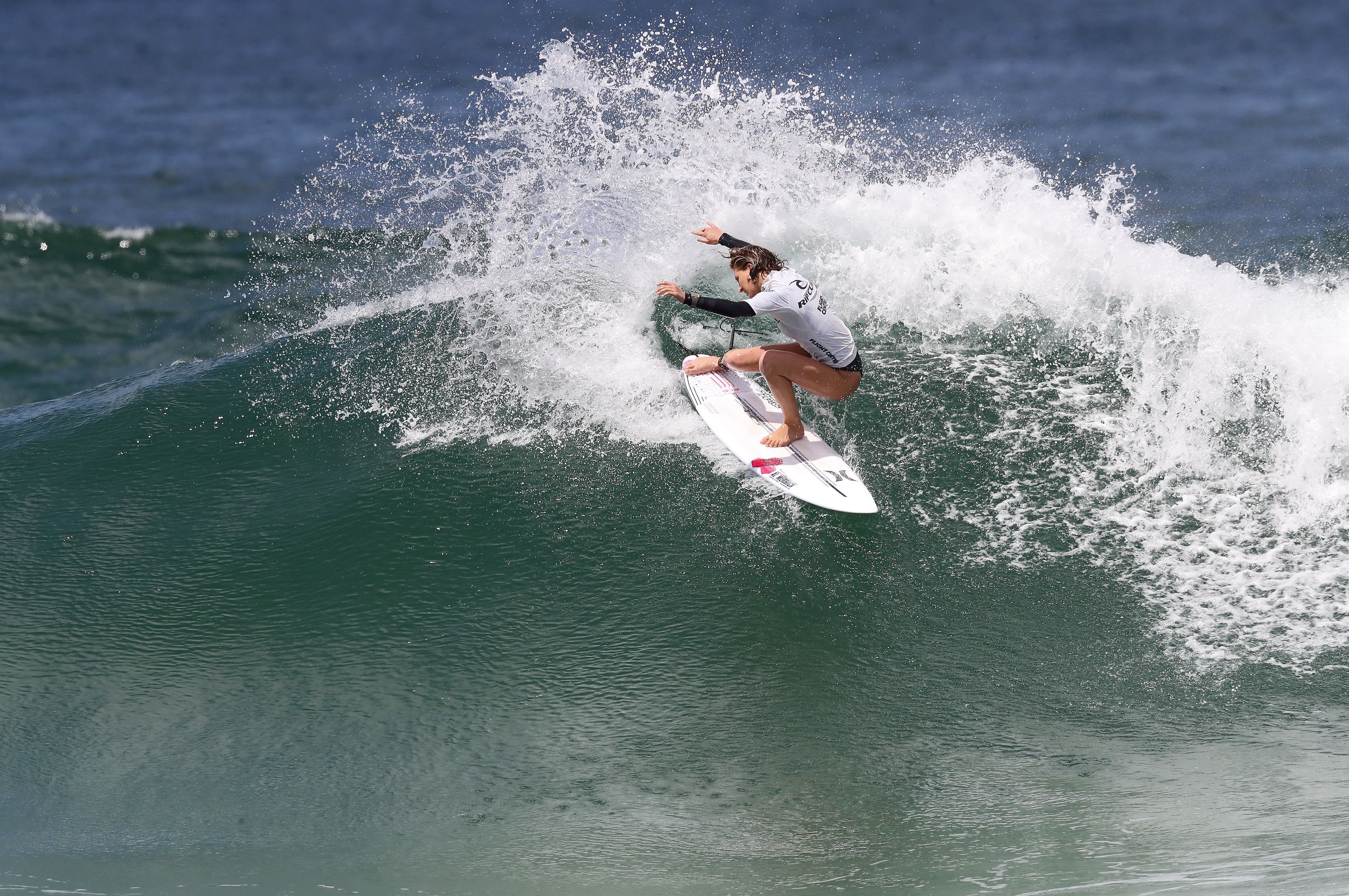 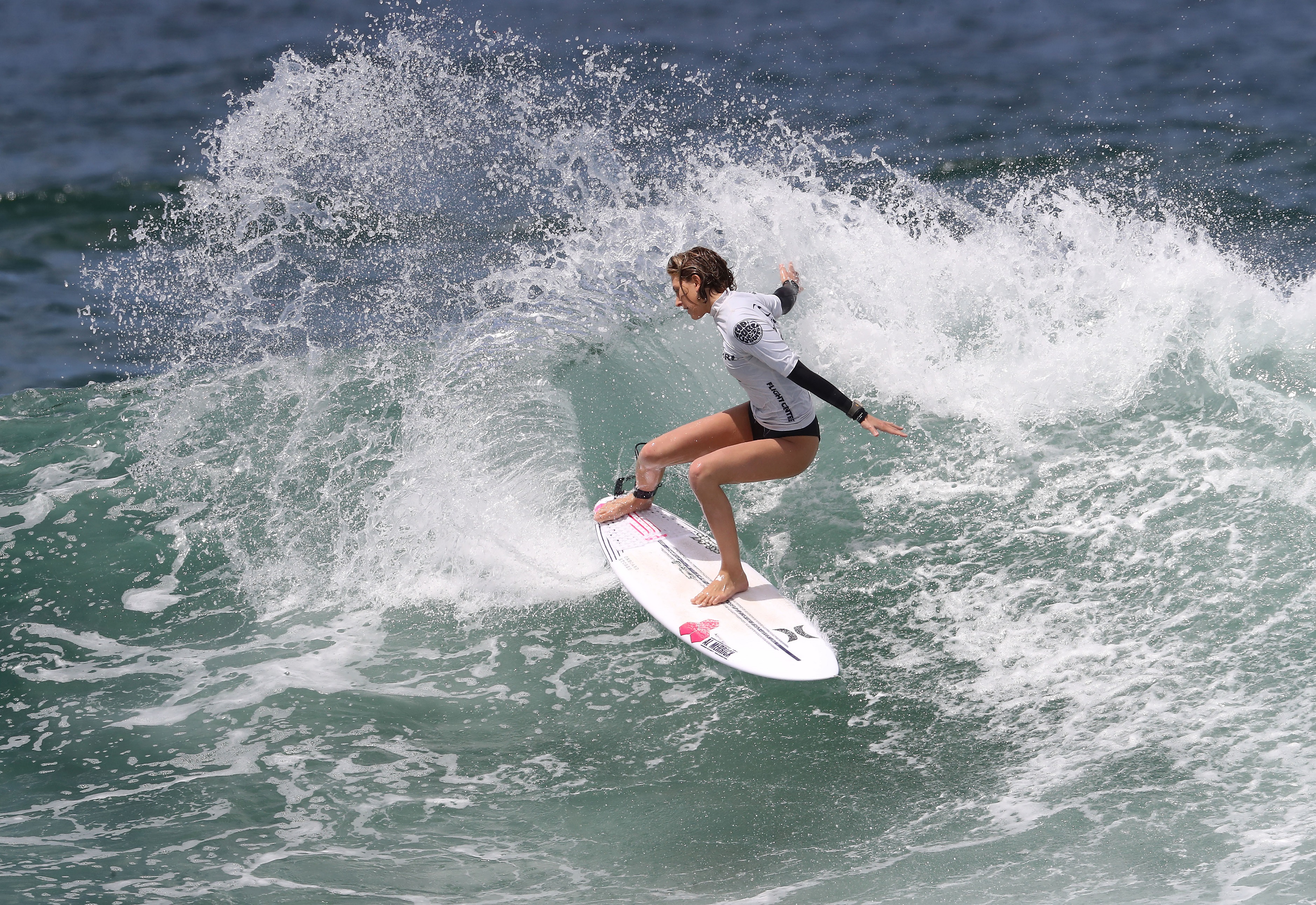 Winter Vincent (Manly, NSW) rounded out what was a massive day of results for northern beaches surfers, taking out the 14-Boys division. Vincent posted a solid 14.97 two-wave heat total to get the win ahead of fellow Sydney surfer Xavier Bryce (Mona Vale, NSW) who finished in the runner-up spot.

Touma Cameron (Byron Bay, NSW) and Cali Barrett (Banora Point, NSW) flew the flag loudly and proudly for the north coast of NSW, taking out the 16-Boys and 14-Girls respectively. Both surfers posted heat totals in the high 11.00 range to claim their divisions and ensure some titles went northward from Newcastle.

The Australian series allows surfers from around the country to compete against their contemporaries in a fun and engaging environment. Each result in the four-event series is awarded points that count towards a surfer’s GromSearch National ranking, giving participants across the country the opportunity to compare their performances against their peers.

After the last event in Queensland, the top-ranked surfers qualify for the Rip Curl GromSearch National Final (in their respective divisions), where they then compete for the chance to become the Australian GromSearch Champion.

The National Champion then represents Australia at the Rip Curl GromSearch International Final, held at a new location around the globe each year, against the best junior surfers from each participating country. 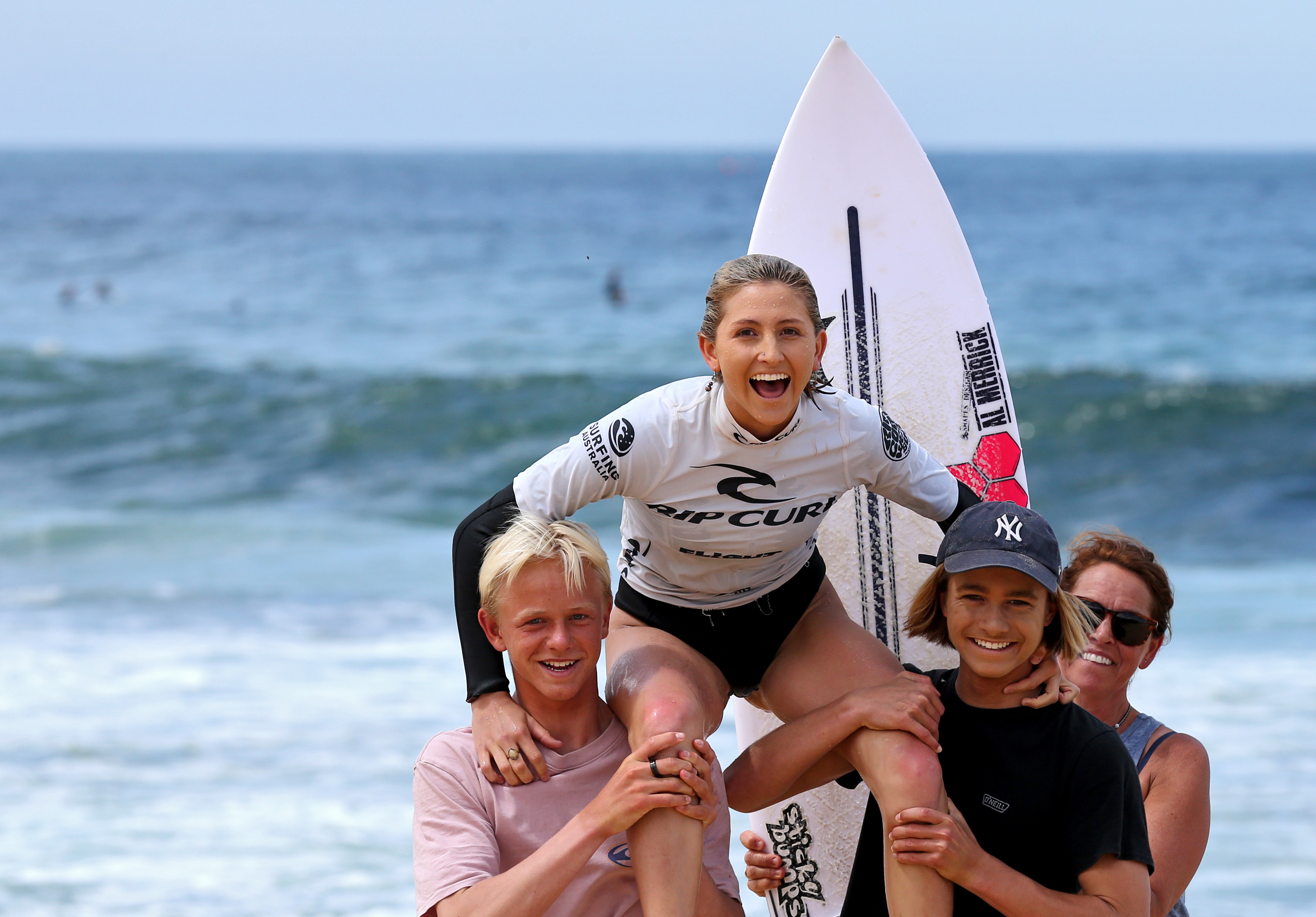 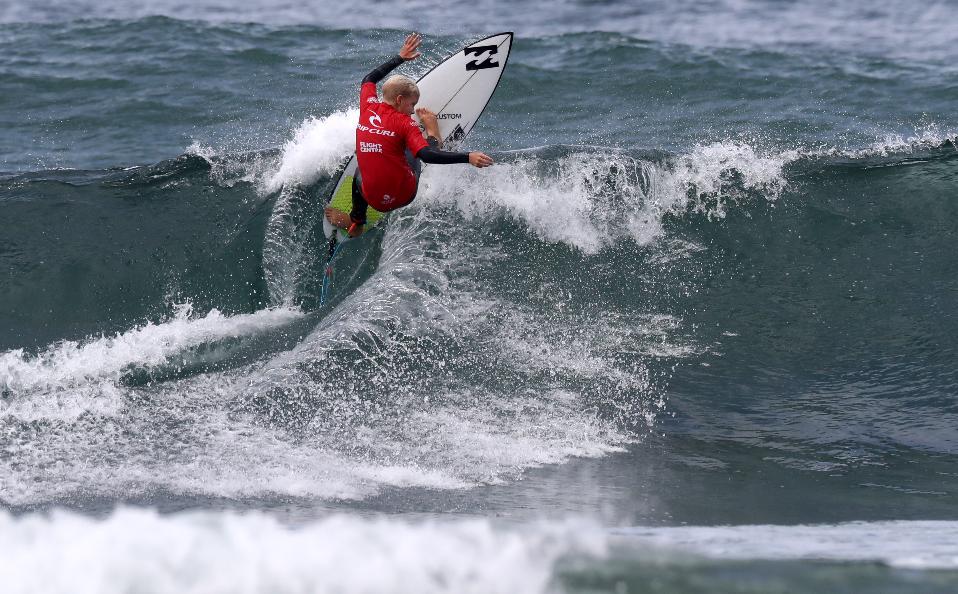