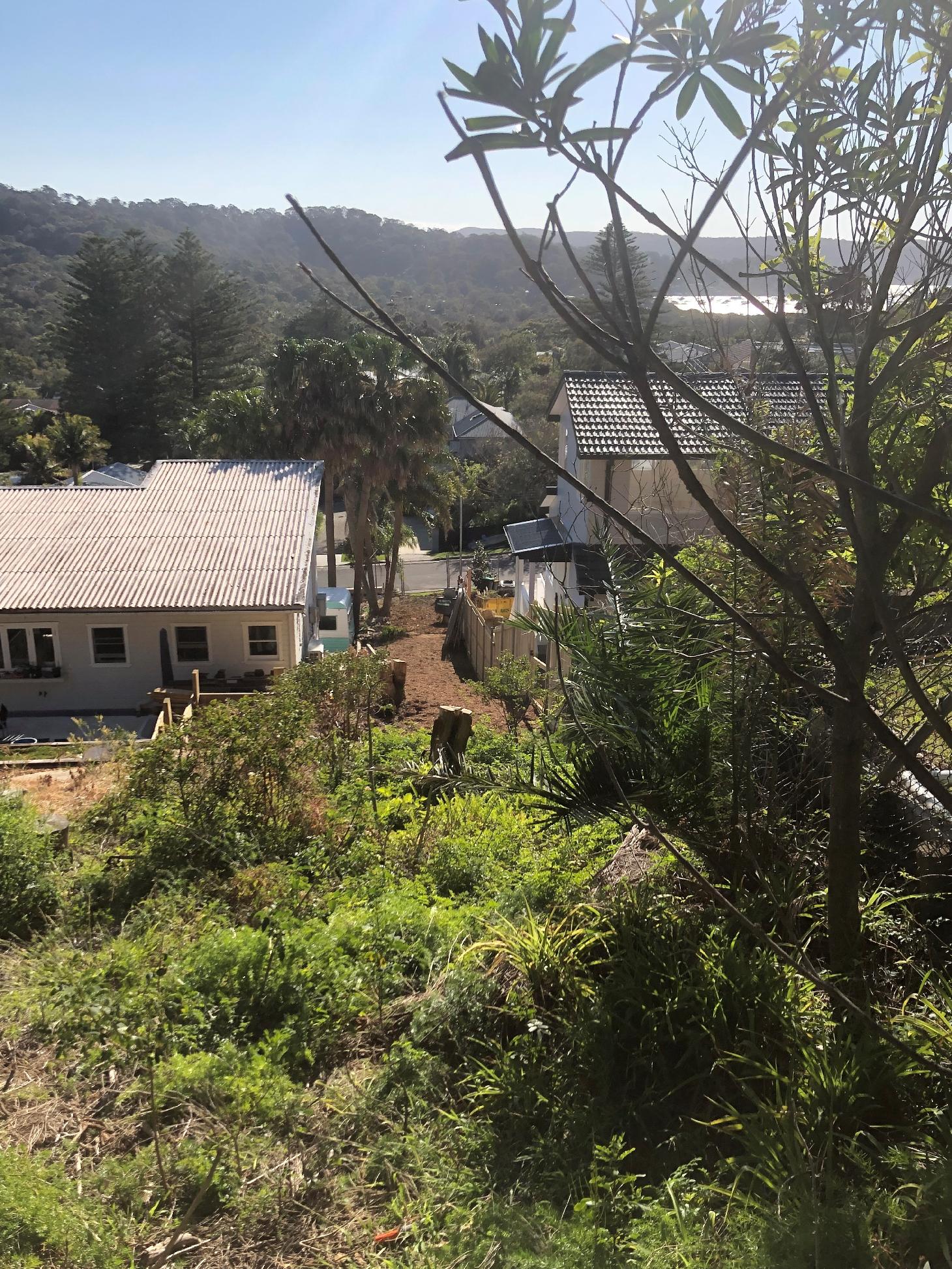 The council are considering an application for the formal closure of a Crown Land public road reserve in Avalon Beach.

Under AS3600 the minimum width for driveways, regardless of their length, is 2.5-3 metres. It can increase to 5-6 metres for a standard sized property with a double garage.

The width of the driveway will depend on your local Council requirements. Councils will have a minimum and maximum for each, so it’s important to confirm your local regulations before applying for permits.

A half metre or more path would have been thin but still allowed access, there are thinner bush tracks in Pittwater. However, the proponents were informed a minimum 3 metre width would apply in this case.

These types of reserves are formal lots and are managed and sold accordingly. I.E.; if you wanted to purchase just a portion of the lot you would have to go through a formal land subdivision process first. So, the Council/Crown, as the owner, would need to formally facilitate this for the prospective buyer.

The proponent has employed workers to clear this previously overgrown pathway so that it can now clearly be seen, apart from the infestation of weeds that grows at and over the boundary point and into Bangalley Headland Reserve.

This week one of those workers, the youngest member of the team, an apprentice, was approached and threatened by a resident when leaving work for the day. This incident is a reflection of the emotion that has been stirred up in the community and a poor example of targeting someone not responsible to dump their frustration on.

Similarly the proponent has been vilified on social media and via videos.

Councils are quite naturally risk adverse and seek to minimise litigation costs on ratepayers as well as being mindful of the dangers any of these tracks may have for those who choose to use them to access these spaces or go on these walks.

The exhibition webpage for this proposal states under ‘Frequently asked questions’:

Could the local residents use the road reserve area in the future?

There has been a desire from local residents to have a public accessway from Watkins Road to Careel Headland Reserve. However, due to safety issues that could potentially arise from the steepness of the terrain, as well as alternative accessways to the reserve available nearby, it is unlikely that a public accessway would be supported in the future.

Do local residents currently use the road reserve area?

This road reserve is not currently being used by local residents due to being an unconstructed public pathway and heavily vegetated.

​What is Council’s role in any sale of the road reserve?

Council has no role in any future sale and will not receive any proceeds. Any proposed sale of the road reserve will be managed by DPIE - Crown Lands.

Councils have, in fact, been delegated authority over these types of crown reserves – so they have to financially support them. Councils (naturally) prioritise funds towards reserves that people actually use and know exist.

Similarly figures are made freely available on other aspects of this matter.

The proponents were happy to continue for access via the driveway that’s proposed as long as no liability would be incurred if someone fell and hurt themselves through using this. Legally this would have still left them open to litigation though.

The council’s FAQ statements also reflect what residents state they are experiencing all over Pittwater in regards to these bequeathed to the public, and council as caretakers, public pathways or crown reserves.

During last year’s the lockdowns, Pittwater Online was contacted by one Newport mum who had been reading our Newport and Bungan history pages with her children; possibly not part of the official curriculum but a worthwhile adventure in our own great outdoors was inspired. The mum could not find the access point to Bushrangers Hill and needed to know where to starts – all the being home schooled students wanted to go and have a look at and explore what they’d been reading about.

Pittwater Online provided the information, but apparently there was a fair amount of ‘bush bashing’ to get there. No maintenance had been done for quite some time and the access path was no longer clearly signed.

We received this message and this photo:

‘We made it 😌 - Lots of effort and so overgrown but felt so great to find this little secret. The lookout was amazing both over Pittwater and the ocean’.

Connection was the fundamental reason for the creation of these paths in the first place; connection between reserves and roads for those living in points with poor access roads during those early developments when not many could afford a vehicle(Palm Beach and Whale Beach for example) and connection to these places as public recreation reserves.

The Bushrangers Hill Reserve at Newport is one ongoing unresolved example. In the past residents regularly accessed this reserve but it now appears that the access path for one section has been closed off by private development. This is an important reserve and needs good signage and access provision.

Requests for the installation of signage so that locals and others could easily find the access path, as there is no way one can find it now without a map, have, as yet, been unmet.

The bottom part of the track is still open as the owners of the properties between 49 Bungan Head Road and the beach still use it to gain access to the beach but it does not now link back to BH Rd. As there is a conflicting geotech report which considered the access sufficient for the public use of the pathway that privately funded one stated the pathway should be restored by:

It is also thought that this work could be accomplished by several workmen, using lightweight equipment over a week or so. Further, irrespective of whether or not the track is reopened to the public, to minimise the rock fall / cliff instability risk to fishermen / the users of the wave platform below the headland, it is considered essential to remove the fill, retaining walls and watering systems from the reserve area.

However it is unlikely that a council would take the risk to reopen it although those who know it state doubt it would not be any more dangerous than the Bangalley Headland walk.

To reopen the Bungan Head Reserve Walking Track which runs between the ocean and Bungan Head Road, Newport, remains on the list of ‘things that need to be returned to the public’ for Newport residents.  Pittwater Online is finalising research into all of Pittwater’s original paths and ways, with lots of help from locals who know them. These will run, suburb by suburb, later this year. There are a lot of them.

Pittwater’s MP Rob Stokes, on a Ministerial letterhead (Minister for Infrastructure, Minister for Cities, Minister for Active Transport) has written to state he is opposed to the proposed road reserve closure.

As Minister for Active Transport and Member for Pittwater, Mr. Stokes has stated he would not support such a sale.

‘’The NSW Government does not need the proceeds from the sale of this land. There is much greater public value in retaining and improving this reserve for access for the community rather than selling the land for private development.’’ Mr. Stokes said.

‘’I have confidence that Northern Beaches Council could build on enlivened community interest in this reserve to plan, design and deliver an accessible walkway. This reserve could form improved access to Bangalley Head, in addition to the established entrances at the northern and southern ends of the walkway.’’

‘’Local communities have embraced public open space in the wake of the pandemic. Now is the time for government and councils to reclaim forgotten places like this reserve, and reintegrate them into our network of streets and parks.

Although the road reserve is unsigned, obstructed and overgrown with weeds as a result of long term neglect, its current condition is not a sufficient reason to justify the closure and sale of public land.’’ The MP for Pittwater says.

view from Bangalley Head Reserve down the hill shows the weeds, on the BH reserve, blocking access

These pathways were originally created to provide access and linkage for residents during the first subdivisions when the shift from acres for farms to lots for homes commenced from the beginning of the 20th century.  They were a requirement of sub-dividers by the then Warringah Shire Council. From these requirements we have not only this series of great paths for access we also have the larger reserves and sports fields.  The crown reserves were similarly required, not just for access for residents but for facilitating easier access to fight fires, for example, or were originally listed as potential sites for infrastructure – EG: substations.

The proponents state that all their neighbours have a driveway and they simply wanted to have the same kind of access. Less cars parked on a road, especially when Tardis-garages are being approved for bigger developments that will mean more cars parked on the roads around these, can only be a good thing.

It would be a more just reflection of our community if, instead of approaching and verbally assaulting a young man for turning up to work or those following their own desire to keep these spaces for the public as access points, the anger is directed less angrily and more productively towards those who are actually in charge of such mechanisms.

There is no reason both cannot occur – to have not explored those options fully makes no sense.

Is a policy and practice is already in place, even if not accessible in Plans of Management for these Reserves?

This creates a diversion which, in this case, has set community members against each other when, in reality, they are all on the same side, hold the same view and have worked towards the same outcome - to retain and maintain our Pittwater Paths.

Submissions for the proposal close Sunday March 6th at: https://yoursay.northernbeaches.nsw.gov.au/proposed-road-reserve-closure-adj-32-watkins-road-avalon-beach 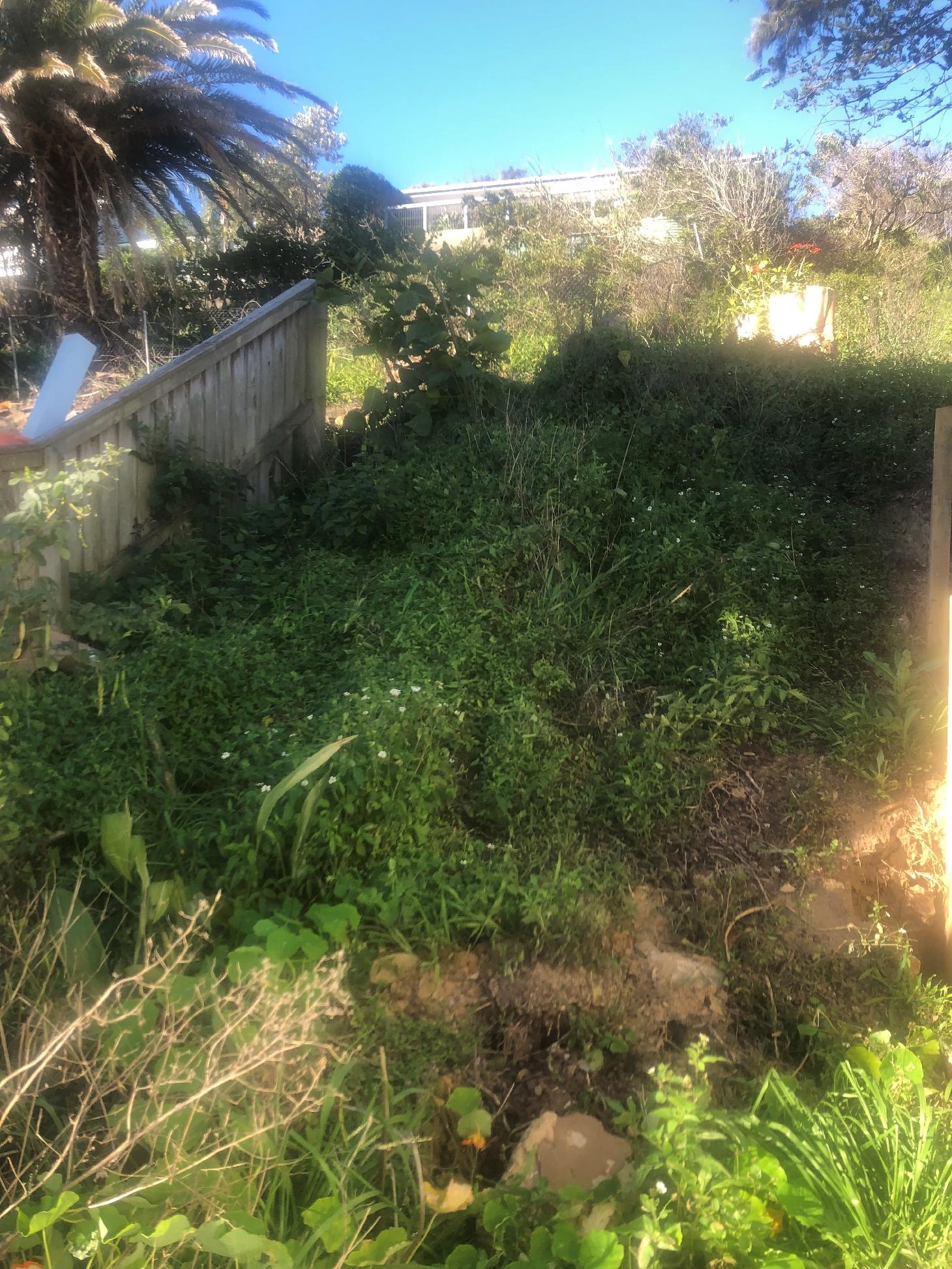 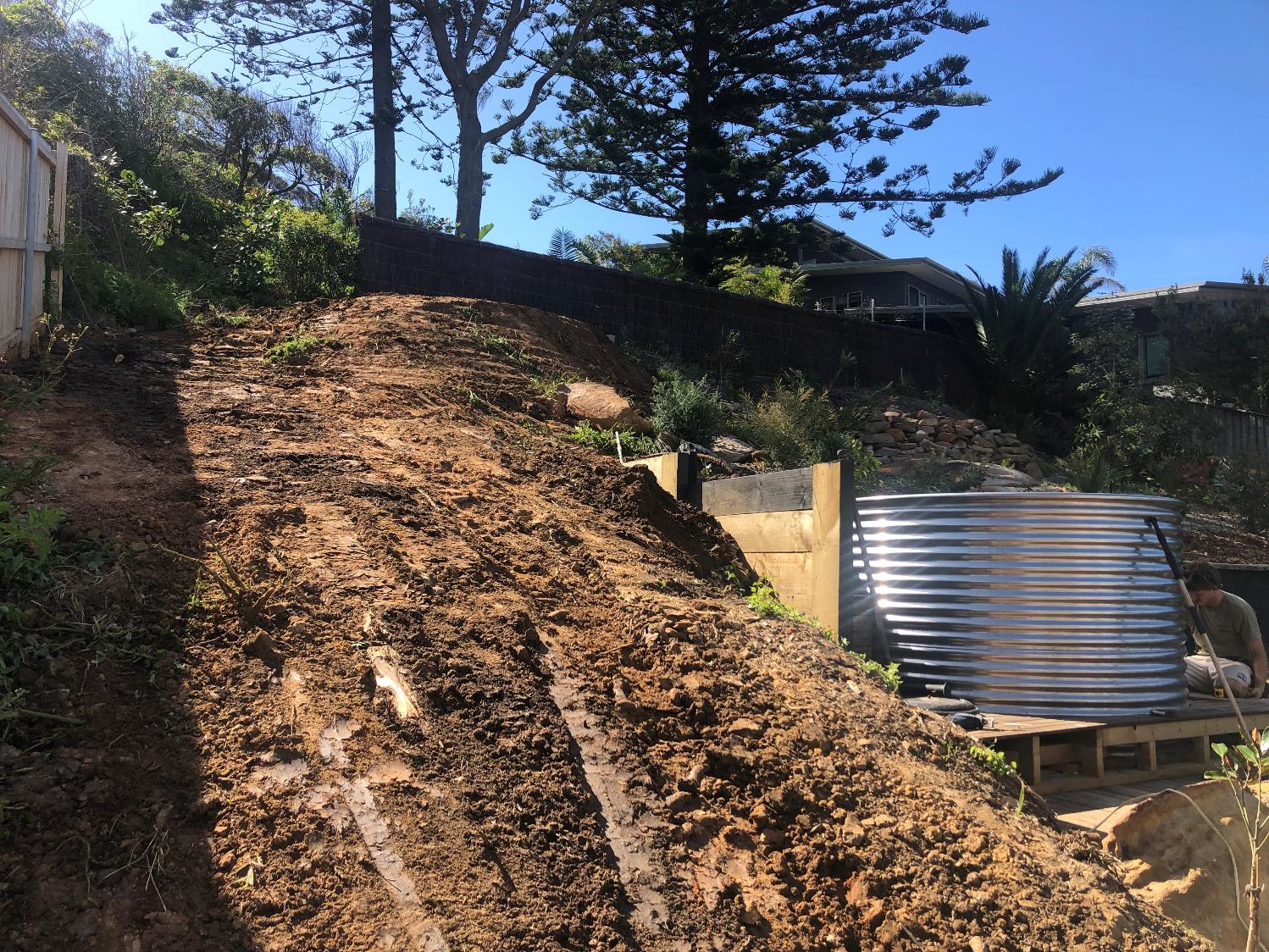