Emeritus Professor Kurt Lambeck was awarded the Prime Minister's Prize for Science in 2018 for transforming our understanding of our living planet. The video provides an overview of his achievements.

A Professor who revealed how our planet changes shape from second to second, day to day has taken out one of two major awards in the Prime Minister’s Prizes for Science.

Emeritus Professor Kurt Lambeck is one of ten winners of seven prizes awarded tonight, sharing in $750,000 of prize money.

Prime Minister Scott Morrison congratulated all those who received prizes which recognise the extraordinary contribution Australia’s scientists, innovators, and science, technology and maths teachers make to our nation.

“The practical applications for Professor Lambeck’s research at the Australian National University are incredible,” said the Prime Minister.

“His work forms the basis for GPS-based systems used in agriculture, mineral exploration and smartphone navigation.

Professor Lambeck received the $250,000 Prime Minister’s Prize for Science, one of the top two awards.

The other major award, the $250,000 Prime Minister’s Prize for Innovation, went to the Finisar team for creating technologies that have made the internet faster and more efficient.

“About half of the world’s internet traffic travels through devices developed by Finisar and made in Sydney,” Mr Morrison said.

Minister for Industry, Science and Technology Karen Andrews presented three of the prizes, congratulating the winners for providing shining beacons of inspiration for a generation of new science leaders in Australia.

“I am delighted to be involved in these awards, which show the great talent in science that Australia can produce,” Minister Andrews said.

“The Coalition Government is committed to supporting our best and brightest in science and in particular, promoting the study of science, technology, engineering and mathematics subjects at school and university level.

“It is important that boys and girls, men and women have an equal opportunity to study STEM subjects, which are the foundations of the career achievements we celebrate tonight.”

The Coalition recognises the importance of science and technology as drivers of our economy, and ensuring Australia’s strength in these sectors will help generate more local jobs and higher living standards. That’s why we’ve invested $2.4 billion in Australia’s research, science and technology capabilities in the 2018-19 Budget, underscored by a $1.9 billion investment to update our National Research Infrastructure.

Emeritus Professor Kurt Lambeck AO has revealed how our planet changes shape—every second, every day, and over millennia. These changes influence sea levels, the movement of continents, and the orbits of satellites. 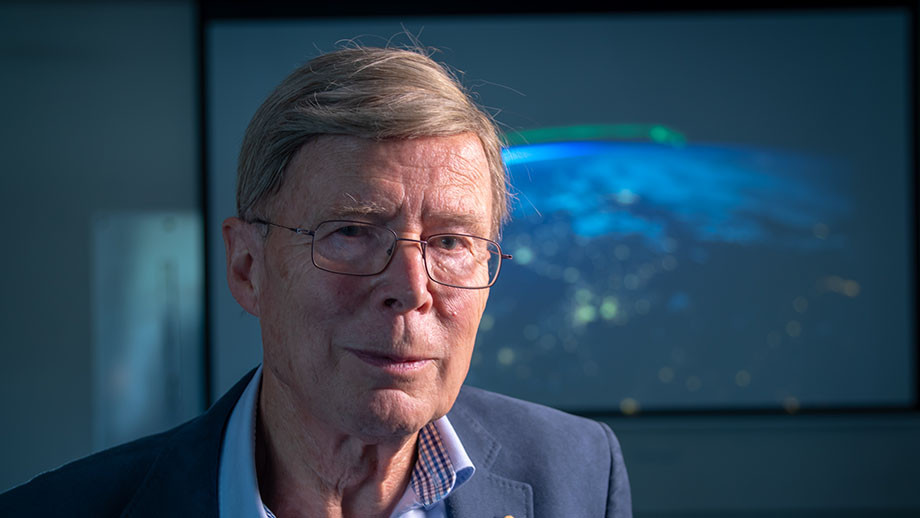 Kurt’s original work in the 1960s enabled accurate planning of space missions. It led him to use the deformation of continents during the ice ages to study changes deep in the mantle of the planet. It also led to a better understanding of the impact of sea level changes on human civilization in the past, present and future.

Today’s highly accurate GPS-based systems build on his work and enable precision agriculture, new ways to explore for minerals, and the remarkable navigation tools we all use in our smartphones.

For transforming our understanding of our living planet, Kurt Lambeck receives the $250,000 Prime Minister’s Prize for Science. He is an Emeritus Professor at the Australian National University in Canberra.

“The Earth is remarkable,” Kurt says. “It has this wonderful record of its history going back to almost its very beginning. Almost everywhere you look, you learn something new about what's been going on in our planet. It's a constant journey of discovery.”

Kurt’s journey started with a Bachelor of Surveying from UNSW, then a PhD at Oxford University in space geodesy—precise measurement of the Earth using satellites. It was 1967 and humankind was rushing into space.

Kurt discovered that the gravity field of the Earth was much more complex than anyone had thought. That turned out to be important for spaceflight, because the gravity field determines trajectories of satellites, and we needed better gravity field models to be able to navigate to the moon and beyond. But for Kurt, what was more important was the insight that changes in the planet’s gravity field were directly related to plate tectonics, the movements of continents on the Earth’s surface.

Changes in the Earth’s gravity field can help us look inside the planet today, but they can’t tell us what happened in the past. For that, Kurt turned to the ice ages, when much of the Earth was covered in ice sheets up to four kilometres thick. Fifty million cubic kilometres of ice stressed and deformed the continents, pushing them down into the Earth’s mantle. The continents are still rebounding from that stress. Parts of Sweden, for example, are rising at a metre a century, while southern England is sinking by 5 cm a century.

Changing sea levels have had a major impact on the rise and fall of civilisations and will continue to do so in the future. Kurt is now working with archaeologists in Europe, and with precision carbon dating equipment at ANU, to piece together a more precise understanding of past sea levels.

By measuring change over millions of years, thousands of years, and from day to day, Kurt and his colleagues can generate the best possible predictions of future sea levels so that local, national, and international governments can plan for a changing future.

Kurt’s ideas have also seeded technological innovations that we use every day. Space geodesy has evolved the GPS navigation technology built into every smart phone.

In Australia, Kurt guided the development of a comprehensive geodetic monitoring system called the AuScope network. Established with the support of the National Collaborative Research Infrastructure Strategy (NCRIS), the network consists of about 100 GPS stations, radio telescopes, and laser tracking systems, and enables us to track our location with sub-centimetre accuracy across the country.

“Today we can see the breathing of the Australian continent on a daily basis,” Kurt says.

“We can watch the land rise and fall with the tides and observe the straining of the old continent as it collides with Southeast Asia. We can detect subtle variations in gravity that could indicate not only deep mineral deposits but also changes in groundwater through time.”

Precise navigation is also essential for autonomous vehicles on the road, on the farm and on mine sites.

“You need to keep them on the road, and if the road is shifting in your reference frame then you’re going to be in trouble, so you need to correct for that,” Kurt says.

Kurt has received more than 30 international awards and distinctions and served as President of the Australian Academy of Science from 2006 to 2010.

“Kurt Lambeck is without question Australia’s pre-eminent earth scientist in the fields of geodesy and geophysics, and a towering figure internationally,” says Andrew Gleadow AO, Emeritus Professor in Earth Science at the University of Melbourne.

2009 —Officer of the Order of Australia