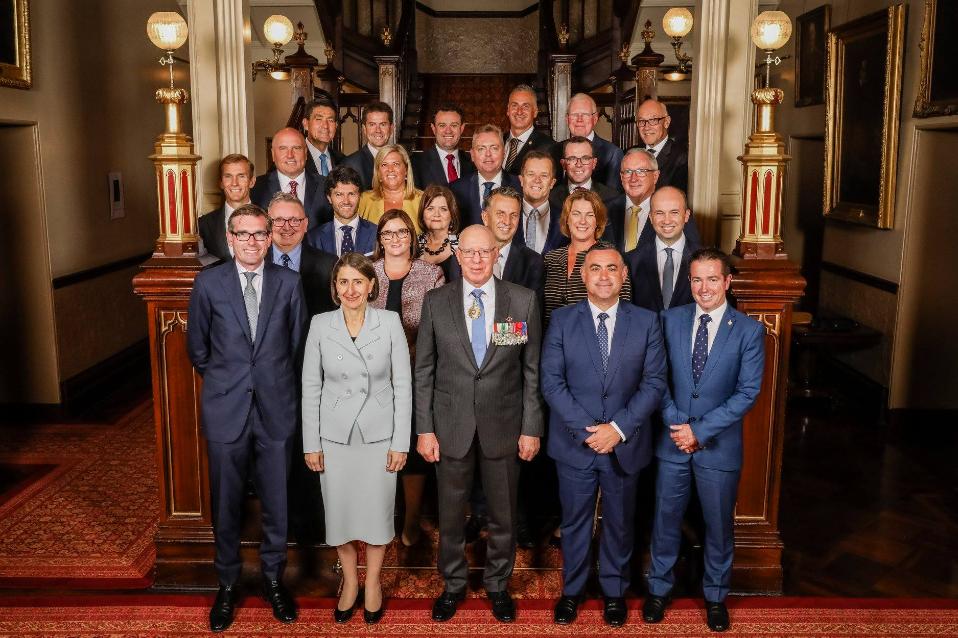 Dedicated ministers for Western NSW and Water will help regional communities face the challenges of the ongoing drought in the state.

“Our new Ministers for Regional Youth and Regional Transport will target the unique needs in our communities and will deliver real positive outcomes on the ground,” said the Mr Barilaro.

The Premier said the Cabinet is focused on outcomes and will deliver positive improvements to the lives of people in the cities and the regions.

“The new team will help deliver better social outcomes for the most vulnerable and equality of opportunity for people across the state, no matter their background or where they live,” Ms Berejiklian said.

The new Cabinet will be sworn in at Government House on Tuesday.

The Honourable Donald Thomas Harwin MLC
Special Minister of State, Minister for the Public Service and Employee Relations, Aboriginal Affairs, and the Arts, and Vice-President of the Executive Council, Leader of Government Business in the Legislative Council

The Honourable Andrew James Constance MP
Minister for Transport and Roads, Leader of the House