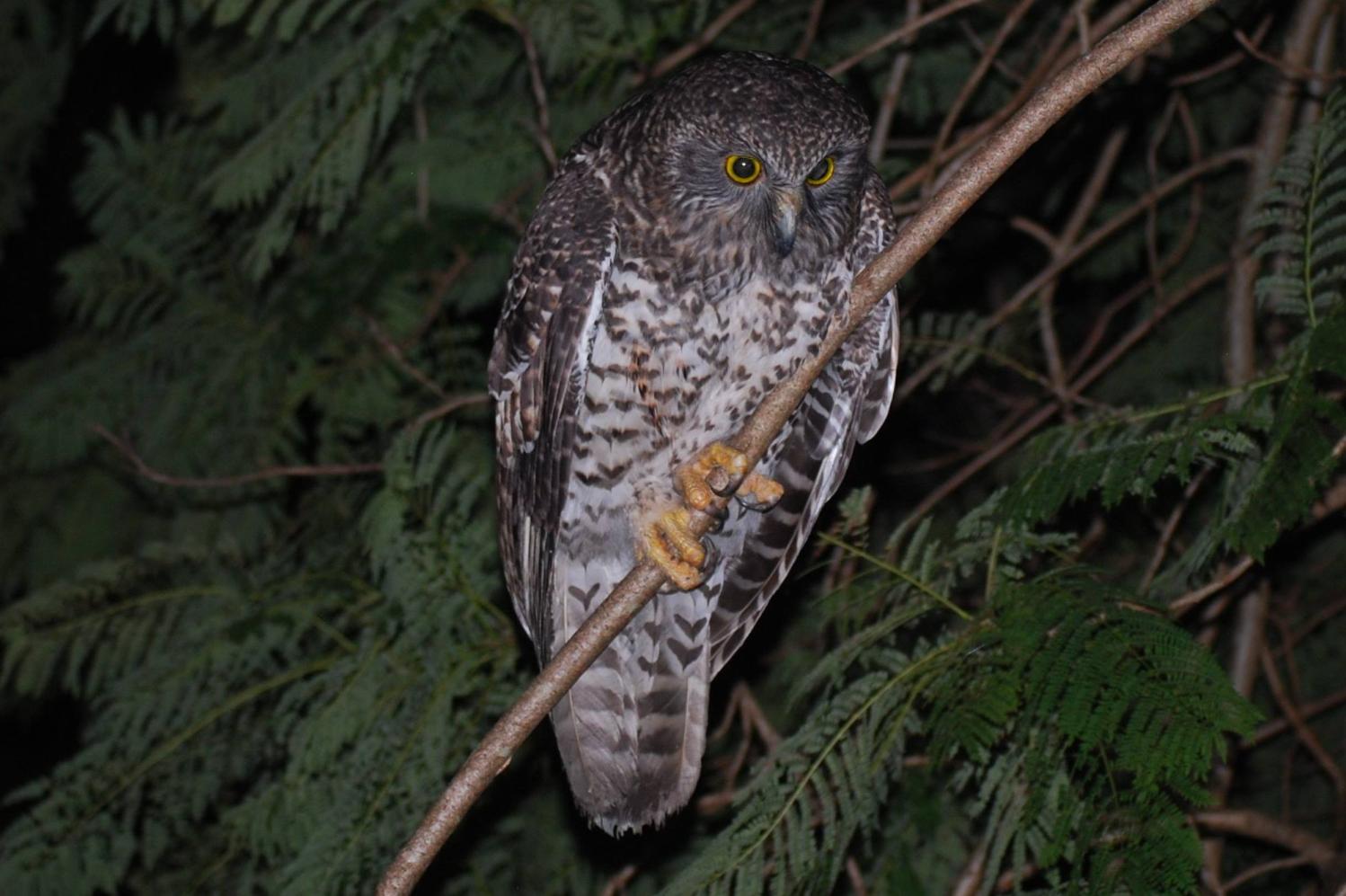 Last week the gentleman who photographed and reported on this pair in Powerful owls: the reason to protect remnant bushland in our cities recorded haunting audio of the female booming away near the nest tree, looking for her lost babies. 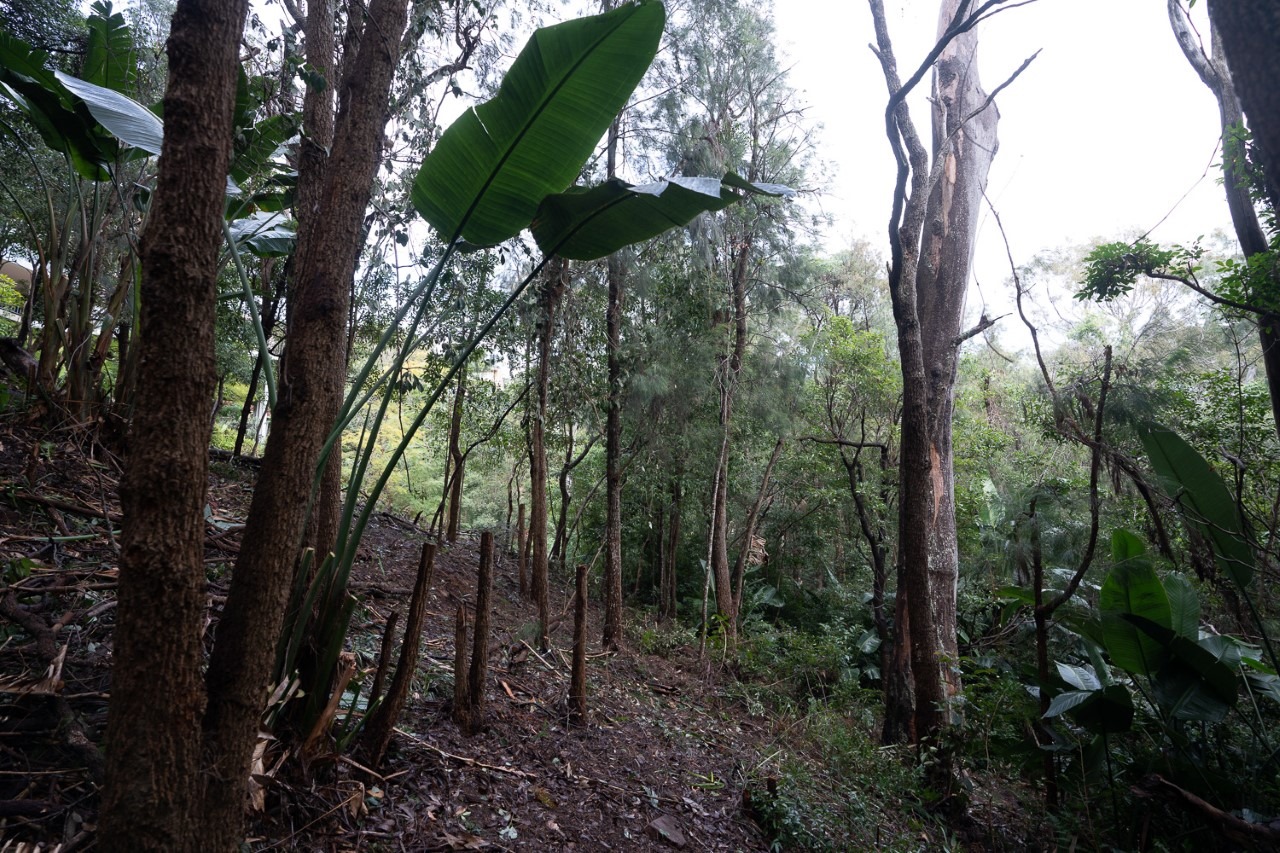 If you are noticing the loss of your resident POs through fire, nest site vegetation removal, dog-walking, bike riding or visitation/photography, you are not alone. This season the Powerful Owl Project have already recorded three owl families moving away from nest trees in response to these activities. In one case the first nesting was early enough that the owls have made a second attempt at breeding, but for our Pittwater owl family there will be no chicks that survive this year - just the sound of their distressed mother calling for babies, killed at an estimated two weeks of age.

At the moment they need residents to report sightings/hearings of the owls, even if they are older records. This last part of the breeding season should be filled with noisy calling, which will go on until December. Silence is not golden in this instance.

You can help the POP learn more about the Powerful Owls by letting them know if you see or hear one in your area. Send an email to powerfulowl@birdlife.org.au with your location (street address or GPS location), an attached photo or call recording (if you have it), details of when you saw or heard the bird, and anything interesting you noticed about where it was or what it was doing (e.g. holding prey, perched on a tree branch).

Caution: If you come across a Powerful Owl nest hollow, use caution and please do not approach it (especially at night). Do not use flash photography at the nest as this may disturb the birds and cause them to abandon the nest.

The Common Ringtail Possum is the most important food item for Powerful Owls in the Sydney region, so protecting habitat for these possums in your garden will help the owls. You could also get involved in your local Bushcare group to help restore our bushland patches and help the birds.

There is something else you can do about - report illegal tree operators to council, report people taking dogs into bush reserves set aside for the animals that actually live there, keep native plants species in your own garden - and get involved with the Powerful Owl Project.

Powerful Owls are our largest owl with a wingspan of  up to 140cm, and a threatened species that is doing remarkably well in urban areas. After last Summer’s bushfires though, these owls lost about 1/3 of their total range, so understanding and protecting our urban population of owls is becoming increasingly important. This is where the remarkable efforts of the volunteers from the BirdLife Australia network come in.

Citizen scientists from the BirdLife network are the lifeblood of the Powerful Owl Project. They monitor owl breeding success, following a family through the breeding cycle from courtship to fledging, and they collect data that helps us understand threats to owls. The volunteers are also involved in advocacy and education and embody a combined knowledge base that helps generate effective conservation in real time.

Who knew you could make such profound change just by listening to birds in your own backyard?

The Powerful Owl Project, in collecting data, helps land managers look after owls in their neighbourhoods. If you can help by letting the Powerful Owl Project coordinators about those you hear or see near you, they can all go on the register and in doing so you will have contributed to the conservation of these wonderful owls.

If you are interested in becoming a volunteer in Sydney, you would like to report a sighting, or would like to collaborate to help keep owls in the urban space, please contact powerfulowl@birdlife.org.au and keep up to date with the latest news by following the Powerful Owl Project Facebook page.

If you hear or see one of these owls, please report it to the Powerful Owl Project organisers or report your sightings on Birdata. It is free to use, or you can download the free app on your device. To get started visit: https://birdata.birdlife.org.au/get-started

After the breeding season each year, Dr. Beth Mott organises a Training Session for those who want to join the PO Project as volunteers – usually in March or April.

There are other nocturnal birds that are more common visitors to our gardens, but because they are around at night we rarely get to see them - but you may hear them. Keep an eye and ear out for species like the: Barn Owl, Southern Boobook, Tawny Frogmouth (these birds are not really owls!) and Australian Owlet-nightjar.

You can help these birds by keeping the trees in your yard for them to use instead of cutting them down, avoiding rat and mouse baits - eating poisoned vermin is deadly for these birds and the other species that rid your house of these pests -  and installing a nest box.

As so many of our owls and other nocturnal birds use hollows to breed in but it takes over 100 years for most trees to form hollows, nest boxes are a great alternative, and possums will readily use nest boxes. There are many different nest boxes out there. You can build your own using the dimensions outlined here.

If you are hearing hoots in the night but can't work out who is hoo-hooing, the Powerful Owl Project may just be able to help there too. The following video may hopefully inspire you to listen closer to birds that sound their calls at night.

Published May 2020 by  BirdLife Australia

Beth is a Powerful Owl Project Officer (NSW). She will talk about the night birds we are likely to see and hear at home, as well as threatened species such as Australia’s biggest owl - the Powerful Owl! Beth will also touch on how you can help prevent our nocturnal birds from exposure to the dangers of rodenticides.