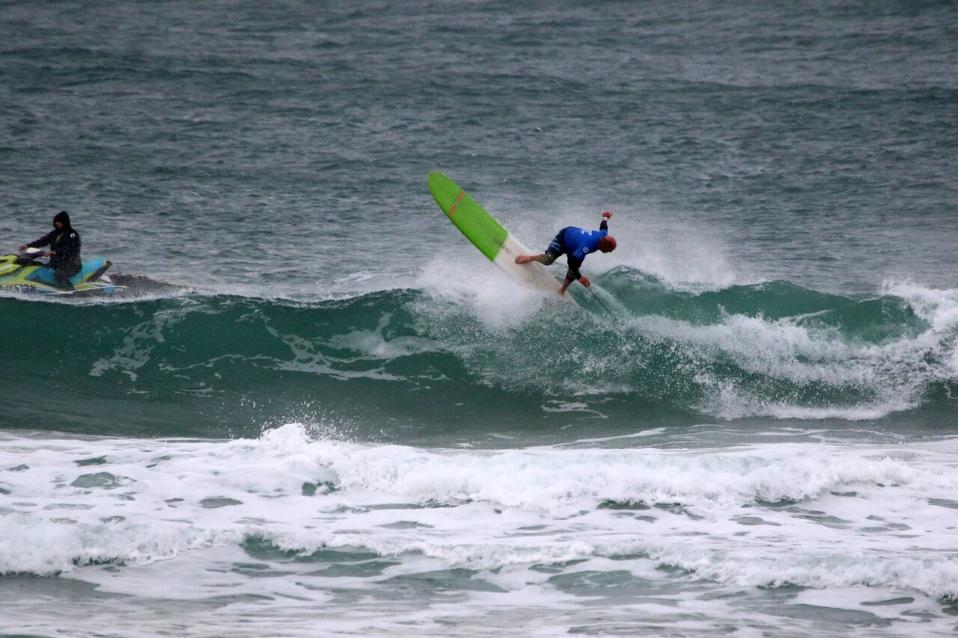 Port Stephens Council Mayor Ryan Palmer said: "Council is delighted to be hosting the inaugural Port Stephens Surf Festival. This event will attract competitors from around Australia and is expected to have an economic impact of more than $600,000 across our community.”

“Port Stephens is an idyllic region and we can’t wait to show its beautiful beaches to some of NSW’s best longboarders and stand-up paddlers when the Port Stephens Surf Festival kicks off. We expect to see over 200 competitors partaking in the event over both disciplines in what is sure to be a spectacular display of wave riding and ocean paddling.”

Despite some horrific weather on the NSW coastline, longboard competitors were greeted with punchy two-foot peaks for the Australian Skin Cancer Clinics NSW Longboard Titles at One Mile Beach as part of the opening day at the Port Stephens Surf Festival.

Multiple Australian Title holder Jason Livingston (Curl Curl) showed why he was considered one of the nation’s best longboarders, dominating the Over-45 Mens round one. Livingston performed an array of powerful frontside turns to post a giant 16.5 two-wave heat total. Livingston will make his next appearance when the event kicks off tomorrow.

Having competed for the better part of half-a-century, Danny Bond (Blue Bay), showed the competitive fire still burned strong, with the Central Coast surfer taking victory in his opening Over-70 and Over-65 Men’s exchange. Bond was able to put respectable scores on the board in both heats with him posting 12.67 in the 70’s and 14.00 in the 65’s.

John Skinner (Warilla) and Mark Ingleby (Emerald Beach), both made their intentions known in the Over-60 Men’s division with both surfers taking top honours in their opening heats. Both surfers posted heat totals in excess of 12.94 to claim wins and cement their position straight into the semi-finals.

Charlie O’Sullivan (Woolgoolga) showed his versatility taking an opening heat victory in the Over-50 Men’s, just days after he put on an impressive performance at the HIF Surfmasters. O’Sullivan sent a warning shot to his fellow surfers, posting a giant 14.00 two-wave heat total to earn his position into the semi-finals. 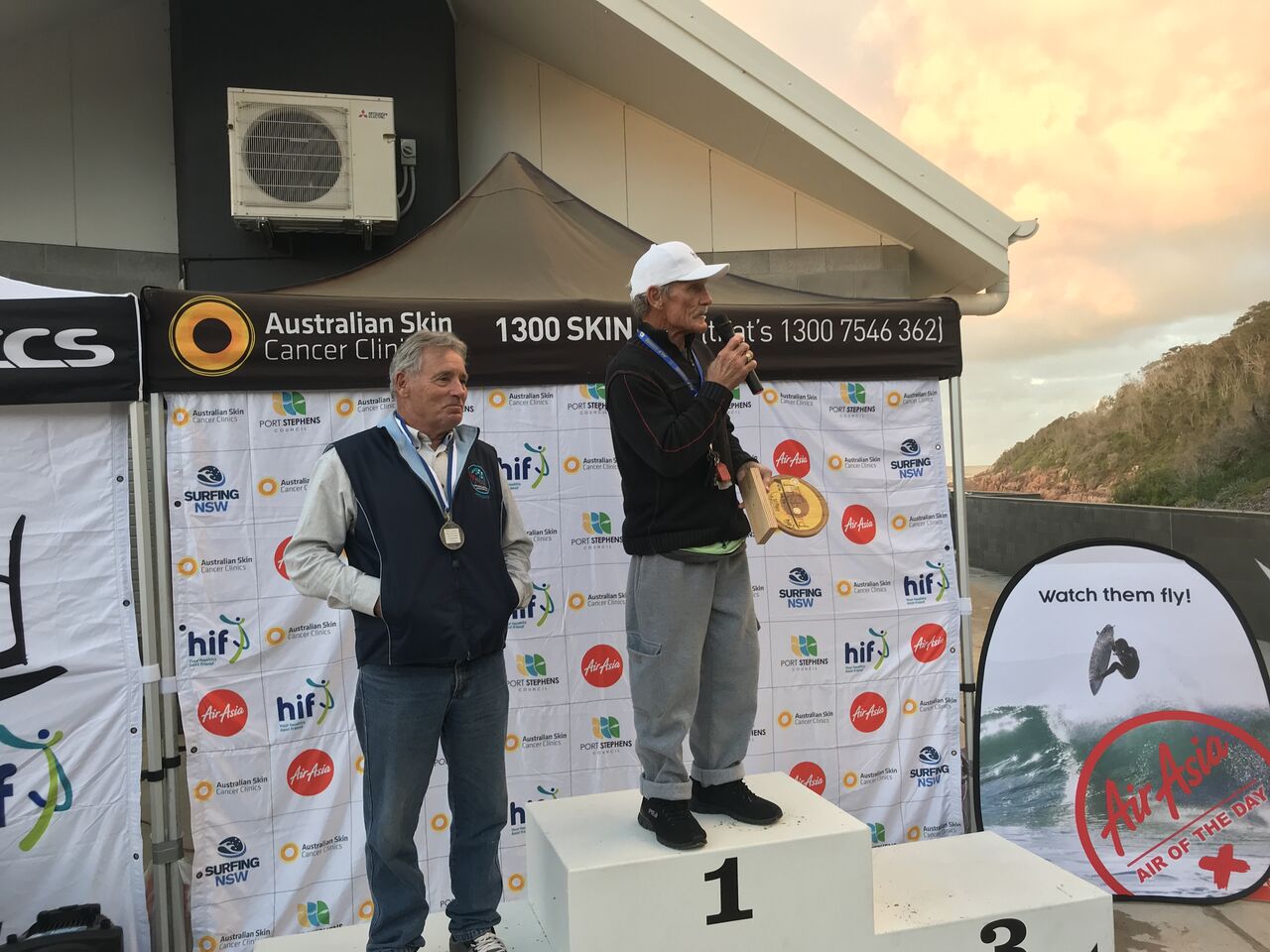 PORT STEPHENS SURF FESTIVAL HEATS UP AHEAD OF FINAL DAY 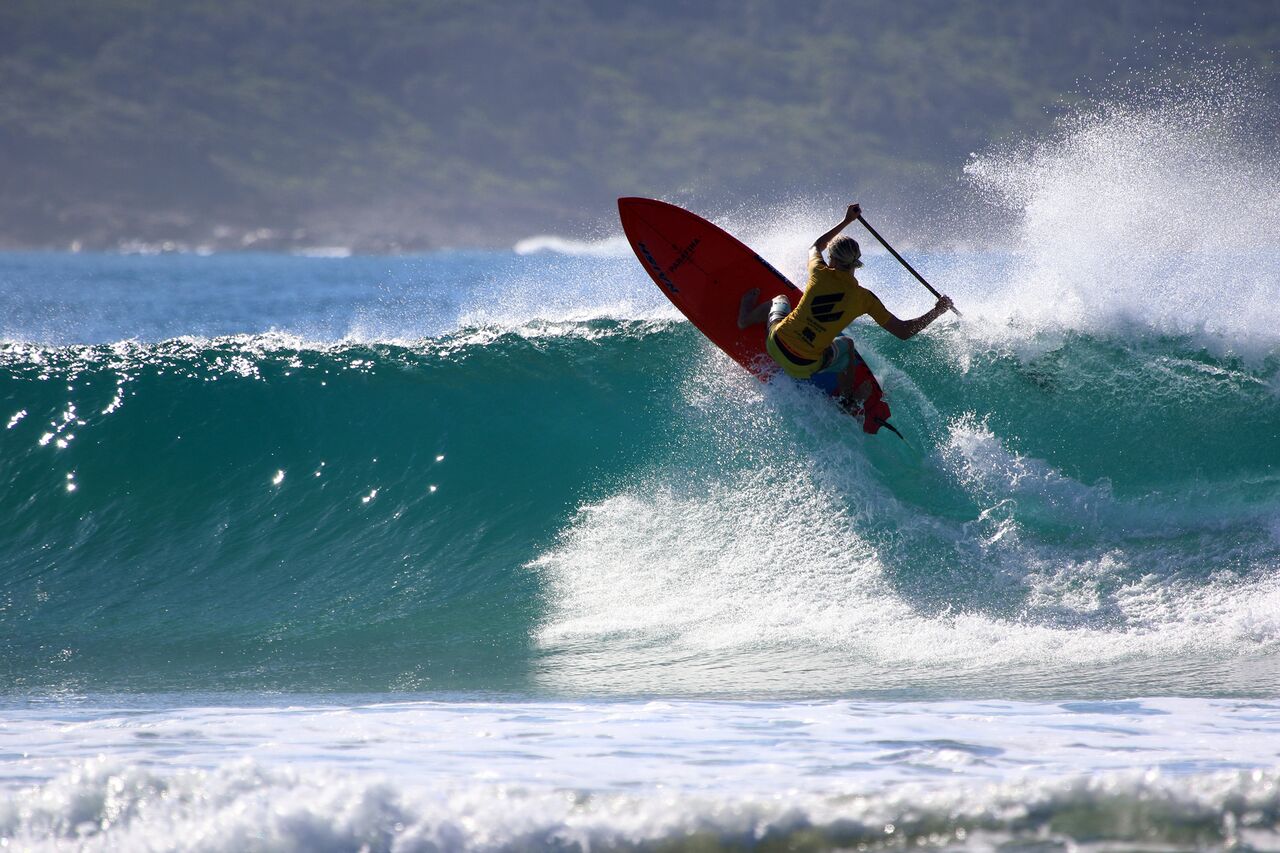 June 24, 2018
The sixth and final day of the Port Stephens Surf Festival saw a huge day of longboard and SUP action as the event crowned a range of different champions across a wide array of divisions.
Max Weston (Avalon) fought a tight battle with Frank Murphy (Yamba) to claim the Open Men’s longboard title. Weston put on an impressive display of traditional and exciting frontside turns to post a respectable 14.6 heat total and claim the win ahead of Murphy by less than half a point. All finalists have earned themselves a spot into the NSW Team for the Australian Surf Festival.
Former Australian Champion Tully White (Allambie Heights) added another prestigious accomplishment to her portfolio taking out the Open Women’s division. White posted two impressive heat totals in excess of 16.00 to gain the upper hand against her opponents and take the top spot on the dais.
Following in the footsteps of his world-renowned longboarder brother Dane Pioli, Jayce Pioli (Milton) put on a thrilling display of traditional longboarding to take out the Open Men’s Logger title. Pioli put on a healthy display of style and flow to notch up a 15.1 two-wave heat total and take out the win ahead of Open Men’s champion Max Weston (Avalon) who took out the runner-up spot. 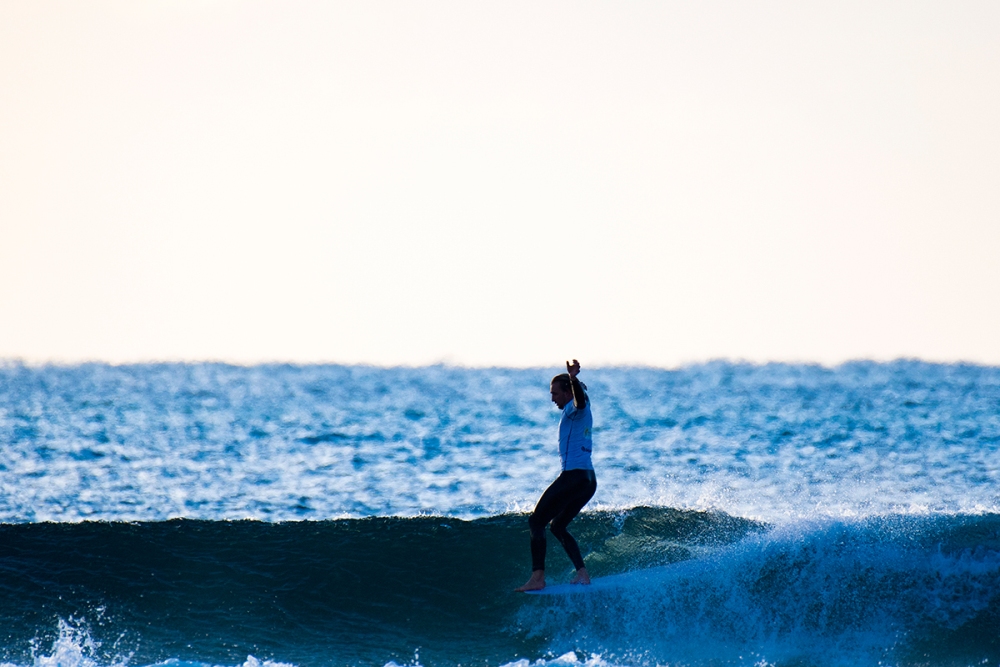 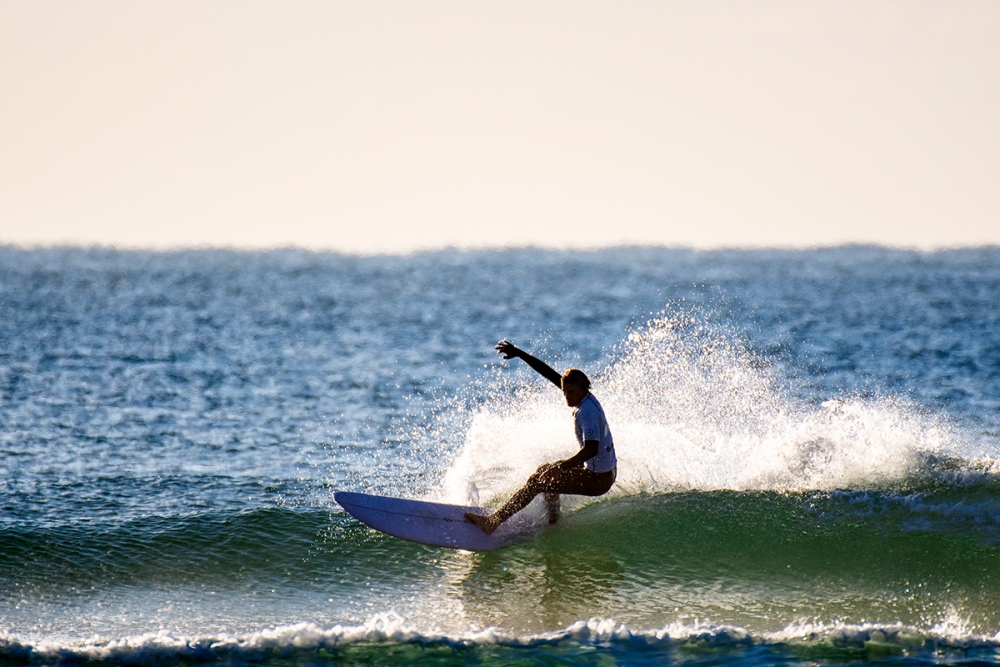 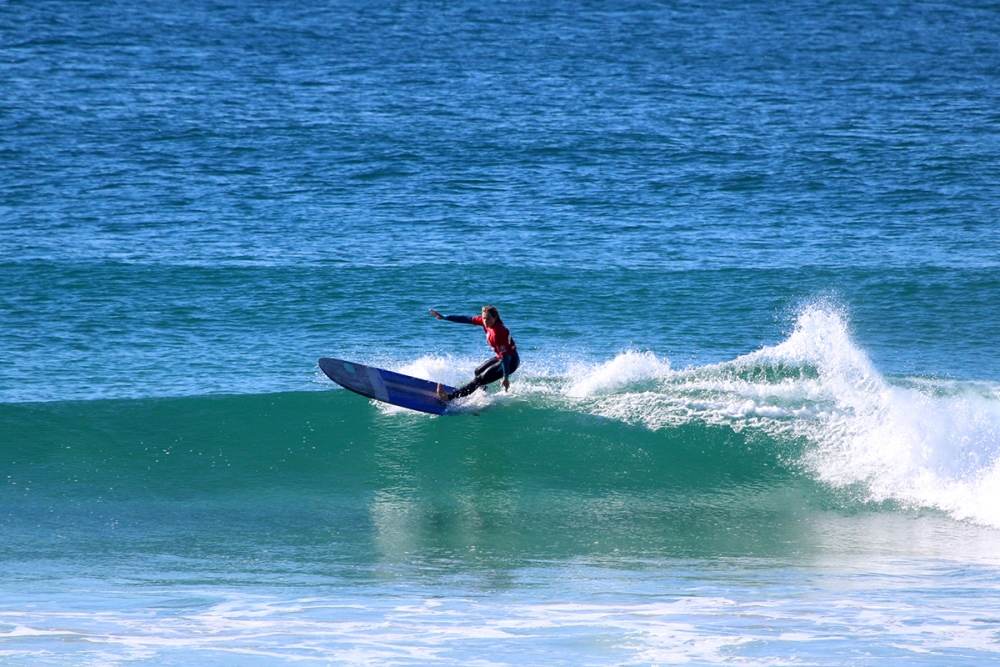 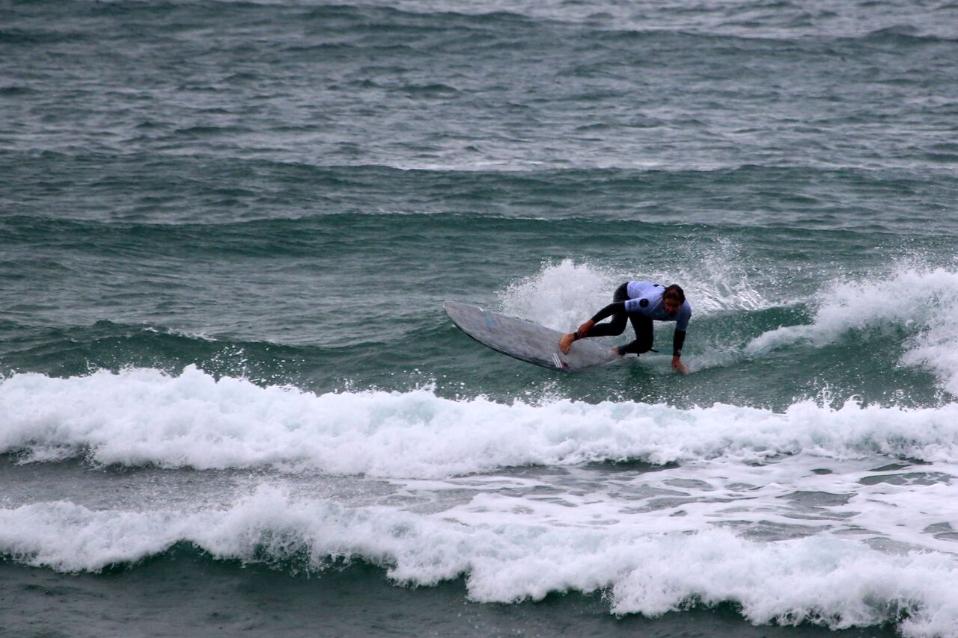 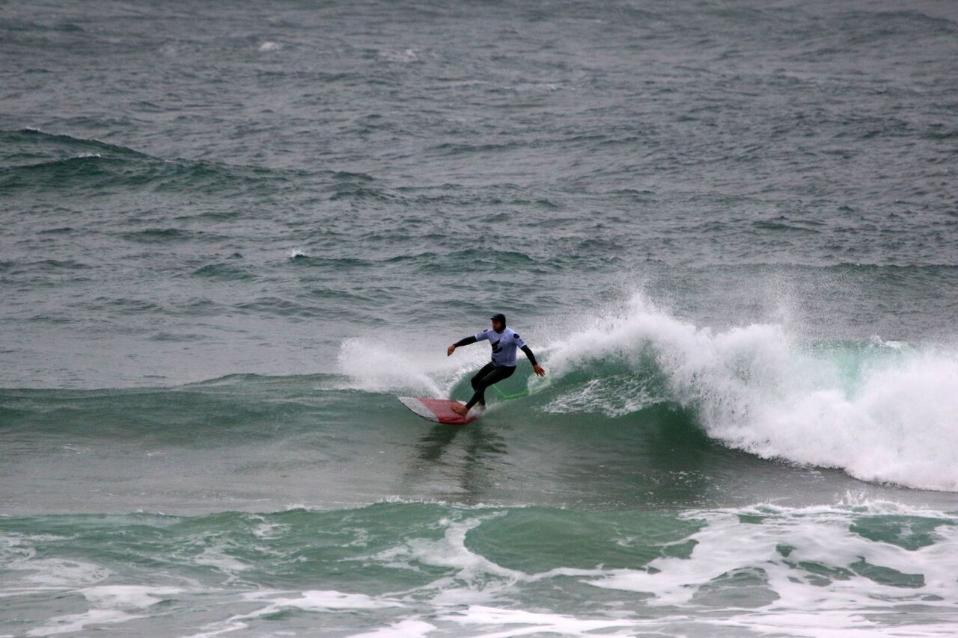 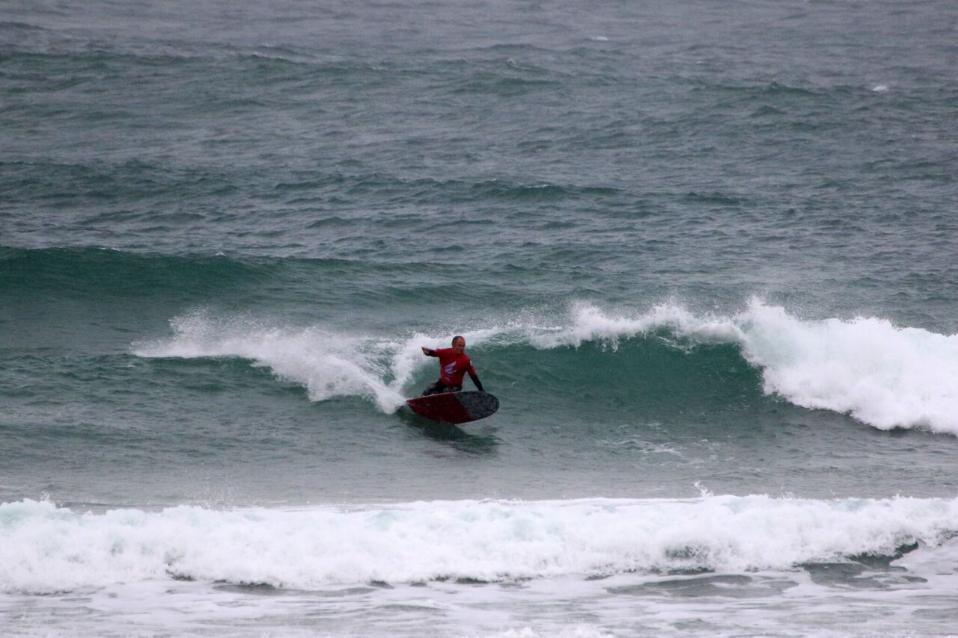 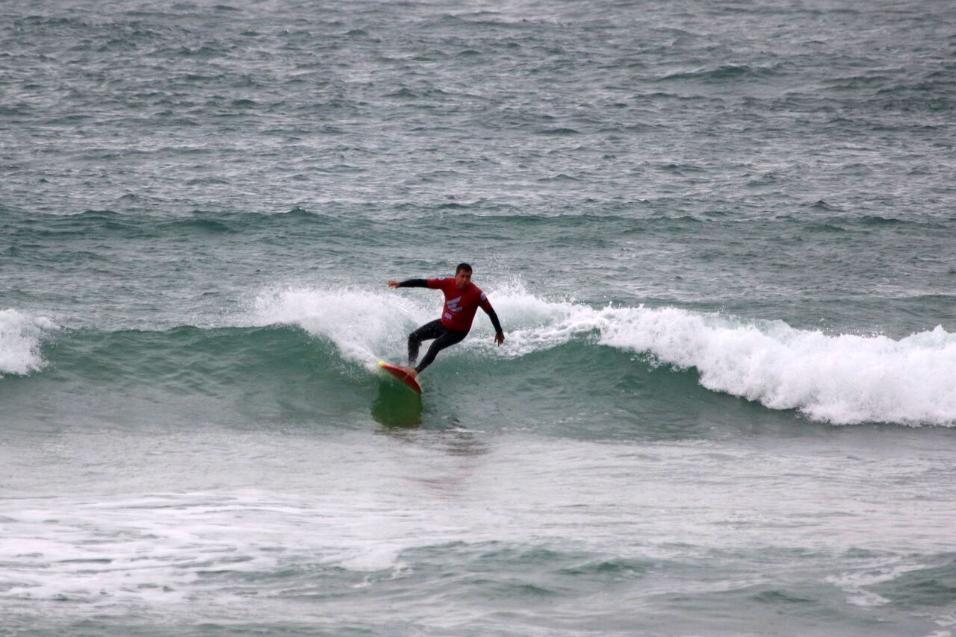 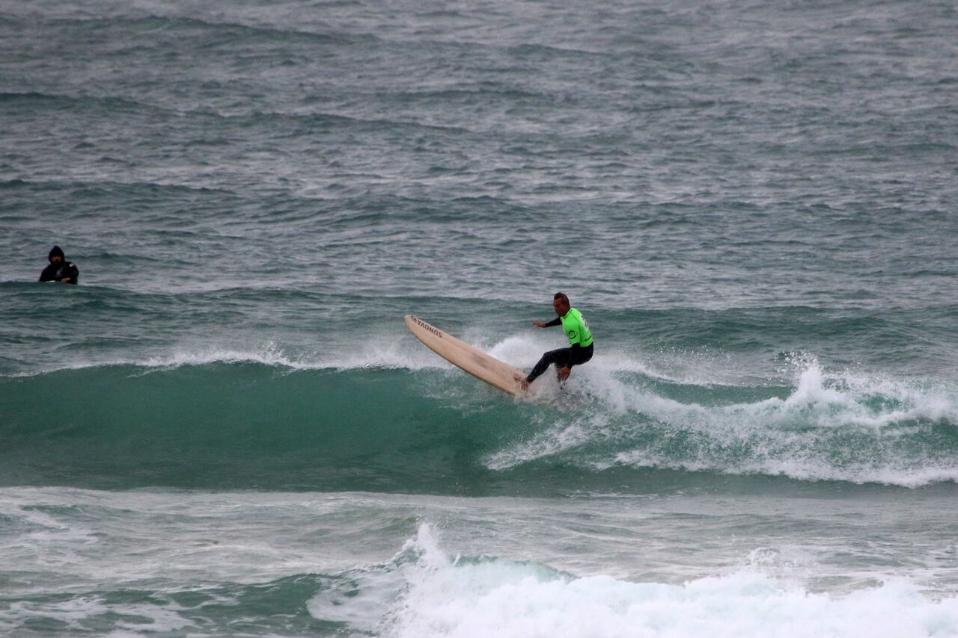