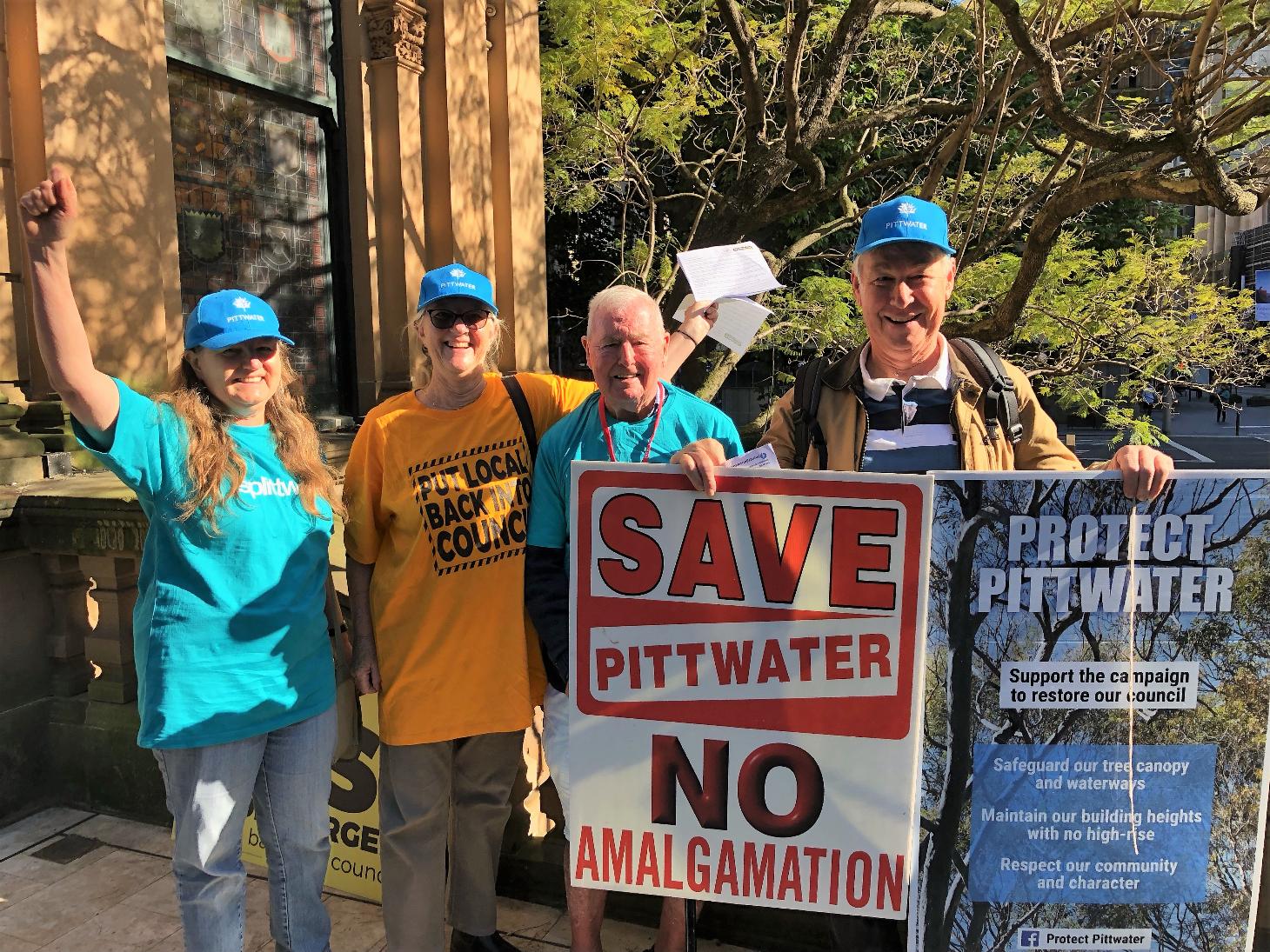 The rally attracted about 50 residents from around the state, including members of the statewide Demerge NSW Alliance (DNA) from as far afield as Bombala and the Central Coast as well as Pittwater. A big contingent from Sydney’s Inner West, whose population voted for a demerger in a poll at the December council elections, also joined the gathering.

DNA is a collective of groups and individuals seeking to give their community a voice on the forced council mergers of 2016.

While Labor delegates, many wearing red T-shirts, shirts or even suits, climbed the Town Hall steps, those at the rally displayed banners from multiple demerger campaigns, handed the delegates flyers and chatting to them about the issues.

These include the loss of democracy in the council amalgamations, (eg with councillors from outside the former Pittwater Council area being able to outvote its councillors on any issue), and other ongoing problems such as significant rate rises - in some councils these have increased by more than 100 per cent.

Labor members could not have missed the message - we hope they take it to heart!

The Council demerger campaigners from across the state urged delegates to retain and strengthen the party's policy on council amalgamations.

The gathering is a show of support for that policy, Mr Ingram said.

“Labor opposed the forcible amalgamation of councils. With massive rate hikes and downgraded services impacting residents, we expect Labor to now stand by its commitment and restore democracy to those councils forcibly merged by the Liberal National Coalition government in 2016.”

The recent Cootamundra-Gundagai demerger approval has reignited the debate across NSW about the future of every merged council.

“The Gundagai demerger approval now hangs like an axe over the head of every council worker,” Mr Ingram said, adding: “We must act quickly to end the uncertainty around their futures.”

DNA representatives will be meeting with a number of MPs this week to present a log of claims in the lead-up to the March 2023 election.

Meetings have been arranged with the NSW Greens, One Nation, Shooters Fishers and Farmers and key independents.

DNA is dedicated to bring about change to the law so that local government ministers are required to demerge a council where the majority of residents want it.

“If there is a single issue the NSW crossbench is united on, it is to allow residents to make the call on council demergers,” Save Our Councils Coalition Deputy President Ms Sue Young said.

'We're not going away!' the campaigners chanted in between handing out the letter.