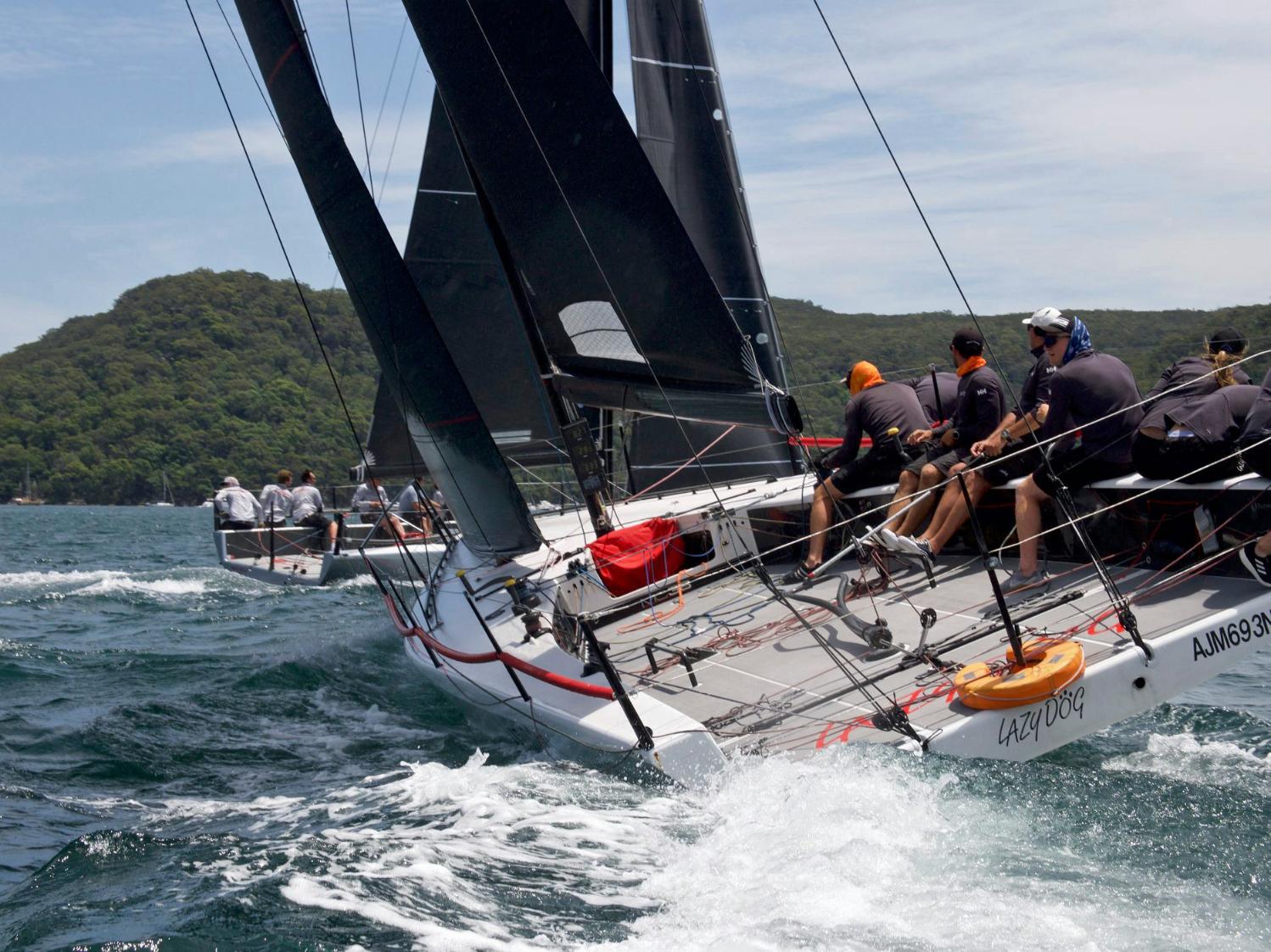 “We were pretty consistent; not too many boat handling errors,” Lane said. It was tricky finding a course area on day two, the RPAYC race committee headed up by Steve Merrington first trying the estuary, where the breeze was already 27 knots, then Mackerel Beach and finally ‘the pond’ at the southern end of Pittwater where they got two races away “before the wind went mental”.

John Bacon’s Dark Star crew fought hard in Saturday’s brutal heat and gusty nor’westerly winds then followed up with a race 5 victory first-up Sunday morning, which meant they took the hometown advantage into the final race six of Act 6 on Pittwater. But in the end, the Royal Prince Alfred Yacht Club crew couldn’t keep the canny dogs on their chain.

Dark Star finished fifth in that race and Lazy Dog second, all the separation Lazy Dog needed to break the first place points deadlock, given their two bullets to Dark Star’s one. The race committee then prudently cut the series off, given the hot land breeze was kicking up into serious numbers, removing Dark Star’s opportunity for redemption.

“We had a great first day and a win this morning,” said Dark Star’s longtime tactician Cameron Miles, adding “we let ourselves down a little in the downwind leg of that last race. Lazy Dog sailed a terrific regatta. We have a good crew on Dark Star and we are all looking forward to next season.”

The youngest helm in class history, 13-year-old Indy Beck, steered his dad Christian’s MC38 InfoTrack on day two with plenty of talent supporting him in the big role.

“It was definitely exhilarating when we had a top wind of 30 knots and we were doing 20 knots downwind,” the teenager said. “We had one wipeout in the first race, a nice wipeout coming out of a gybe. We sat there on our side for a bit then got going again. The starts were pretty epic, I wasn’t worried about running into someone.”

“As his dad says, he’s fearless. He has no idea about danger,” said Lane.

The final season pointscore awarded Lazy Dog the 2020 class crown (6 points). Dark Star finished second on the season ladder with nine points and Lightspeed third on 13 points. Only one regatta, Act 2, was abandoned altogether due to coronavirus.

Lane is expecting 10 MC38s for the 2021 national championship and up to nine boats to compete regularly between Sydney Harbour and Pittwater. “There’s a lot of support, the fleet is in really good shape,” the class president remarked. 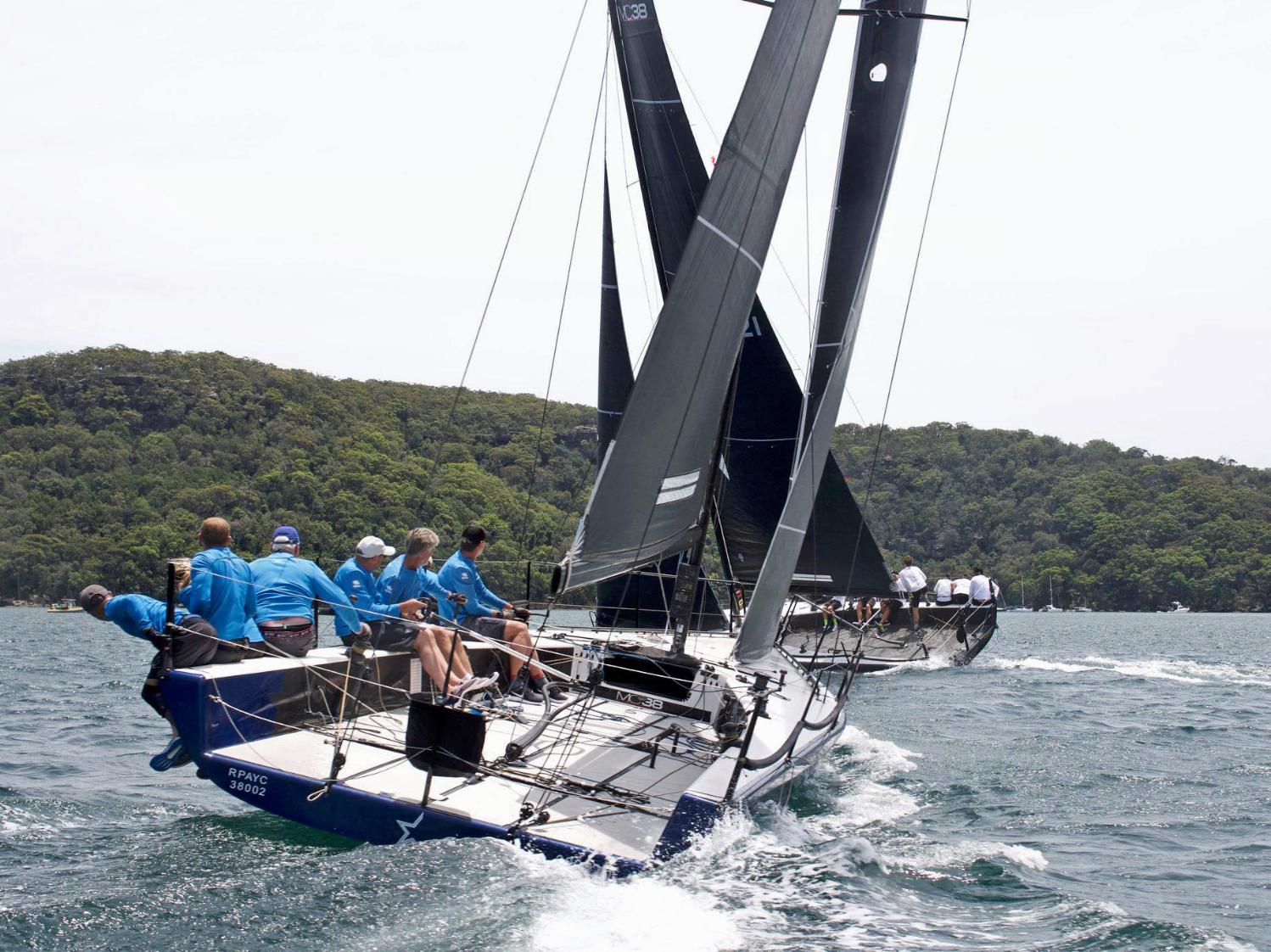 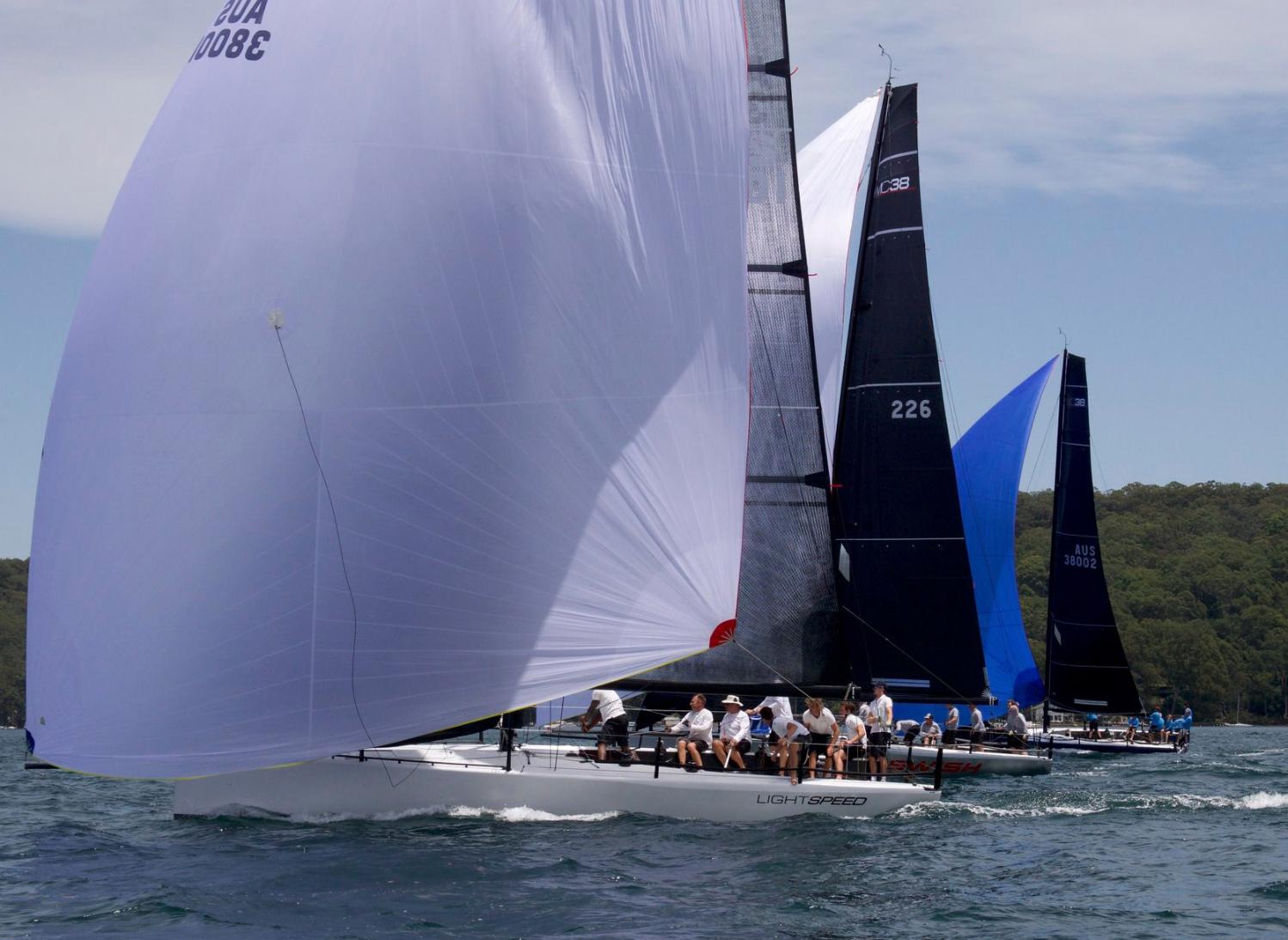