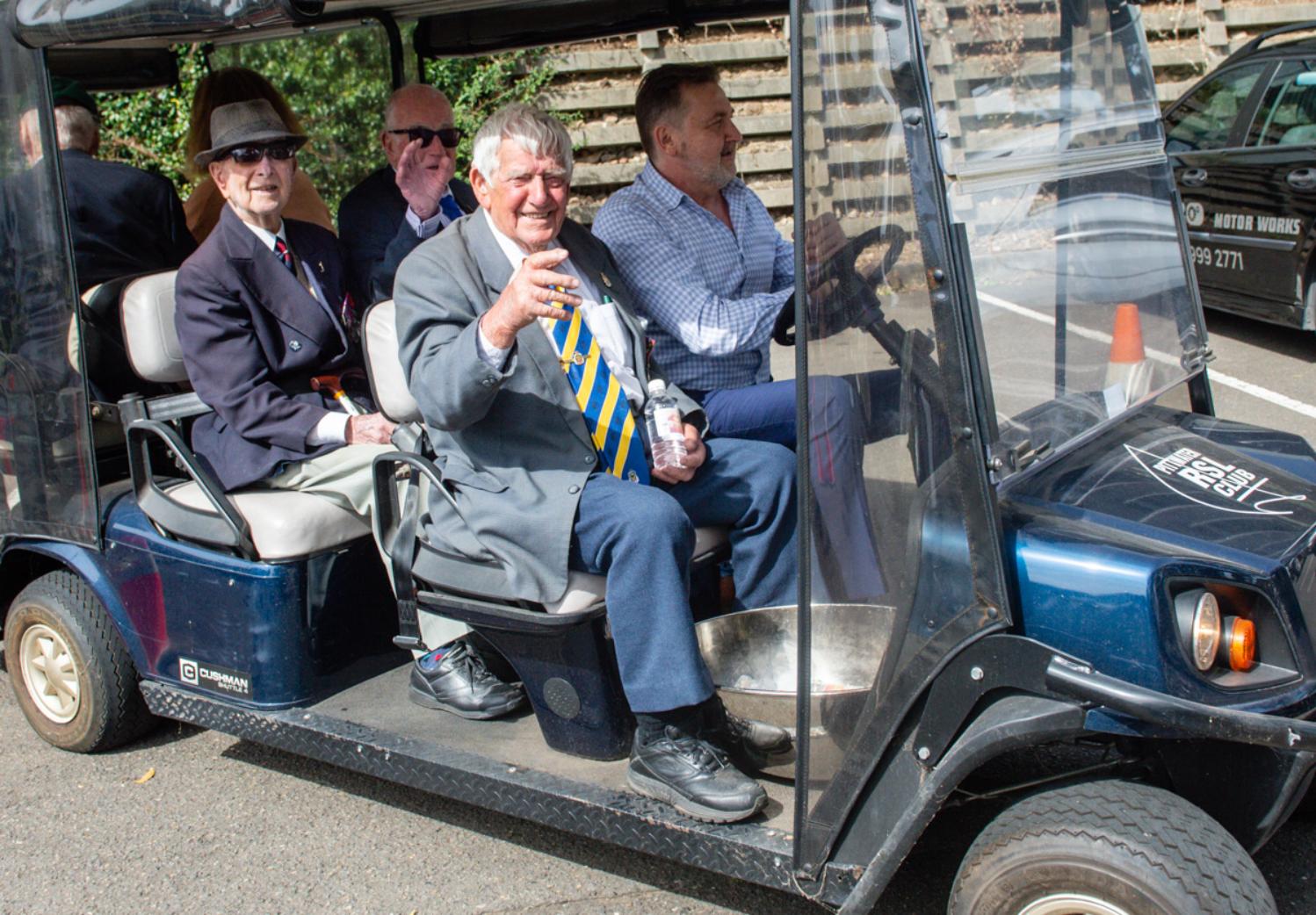 On Wednesday September 2nd, Pittwater RSL Sub-Branch and Pittwater RSL Club Ltd held two very important commemoration services. The services where COVID safe with a limited number of 25 guests to recognise the importance that the Merchant Navy played during the Second World War.

In grateful thanksgiving to the world’s Merchant Seafarers whose hard labours at sea have in the past and continue to this day to bring all nations together and make international commerce possible.

In deepest admiration for the Merchant Seafarers who have died, been wounded, or held captive due to acts of piracy on the high seas.

The rest of the service was a traditional RSL Sub-Branch tribute with the laying of a wreath by Brian Sargeson RN, followed by the Ode of Remembrance, the Last Post and Rouse and finally Advance Australia Fair played on the bugle (no singing).

The second dedication service occurred immediately after the first service where five WWII Veterans where showcased. The Honorable Bronwyn Bishop was our guest speaker to help commemorate the signing of the surrender document by the Japanese on the USS Missouri in Tokyo Bay on the 2nd September 1945, and the official ending of WWII for the Asia Pacific. The Japanese Instrument of Surrender was the written agreement that formalised the surrender of the Empire of Japan, marking the end of hostilities in World War II. It was signed by representatives from the Empire of Japan, the United States of America, the Republic of China, the United Kingdom of Great Britain and Northern Ireland, the Union of Soviet Socialist Republics, the Commonwealth of Australia, the Dominion of Canada, the Provisional Government of the French Republic, the Kingdom of the Netherlands, and the Dominion of New Zealand.

The Honorable Bronwyn Bishop OA - Ex Minister for the Defence Industry, Science and Personnel in the Howard Government in 1988, shared with us her experiences walking the Kokoda Track as well as the relevance of Australia’s involvement in the Pacific during WWII.

The iconic “Dancing Man Plaque”, which represented Victory in the Pacific and the official End of WWII, was consecrated by Pastor Glenn Wysman of the Link Church Warriewood:

Almighty God, by whose mercy the souls of the faithful rest in peace, we remember with thanksgiving, those heroic servicemen and Women who made the supreme sacrifice for us in times of war. We pray that their suffering and the offering of their lives may not have been in vain. May your grace enable us this day to dedicate ourselves to the cause of justice, freedom, and peace; and give us the wisdom and strength to build a better world.

We pray for all Servicemen and Servicewomen who serve and have served in the Defence Force of our Nation. May those who now serve, continue in the traditions established by those who have gone before them, to the honour and glory of your name through Jesus Christ our Lord. Amen.

The rest of the service was a traditional RSL Sub-Branch tribute with the laying of a wreath by WWII Veteran Bert Brownlie RAAF, followed by the Ode of Remembrance, the Last Post and Rouse and finally Advance Australia Fair played on the bugle (no singing). 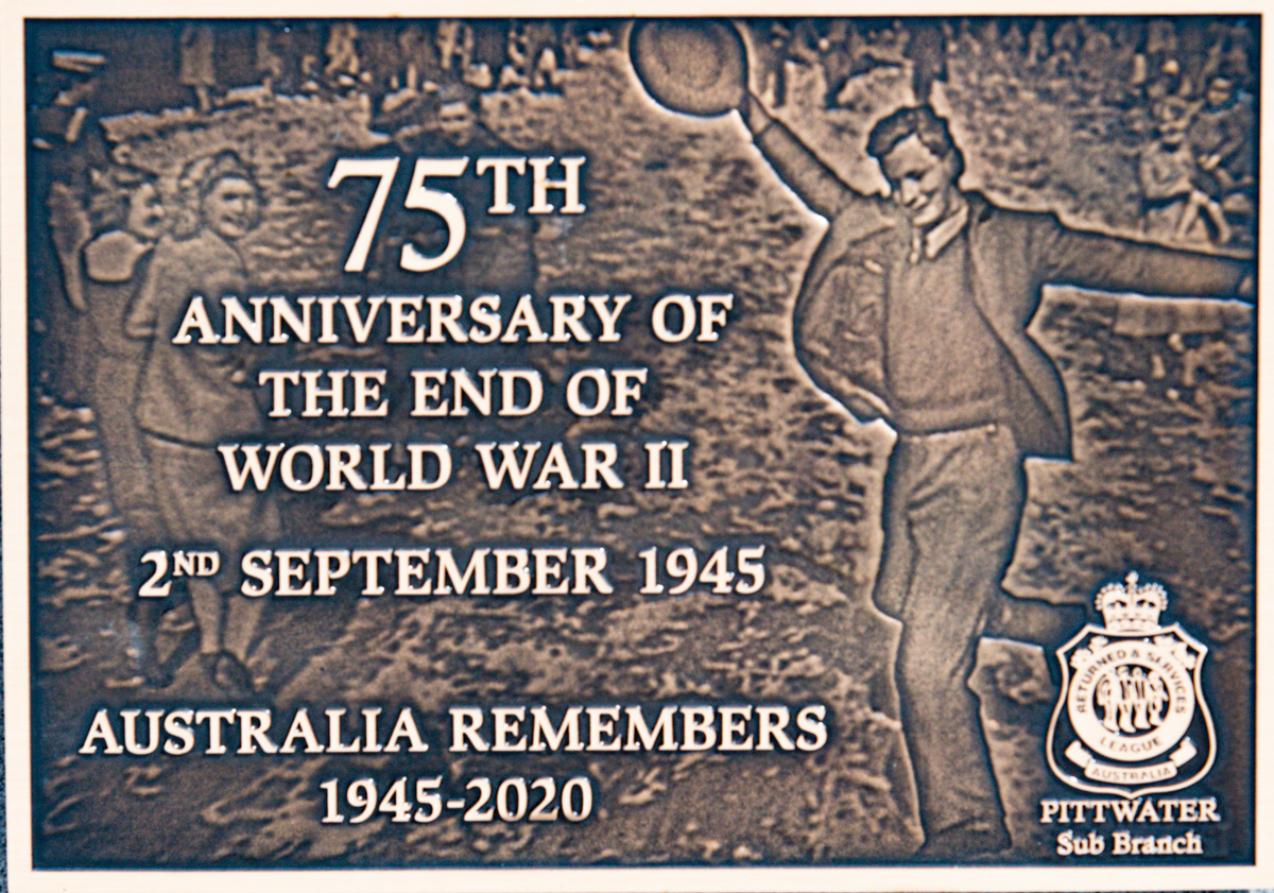 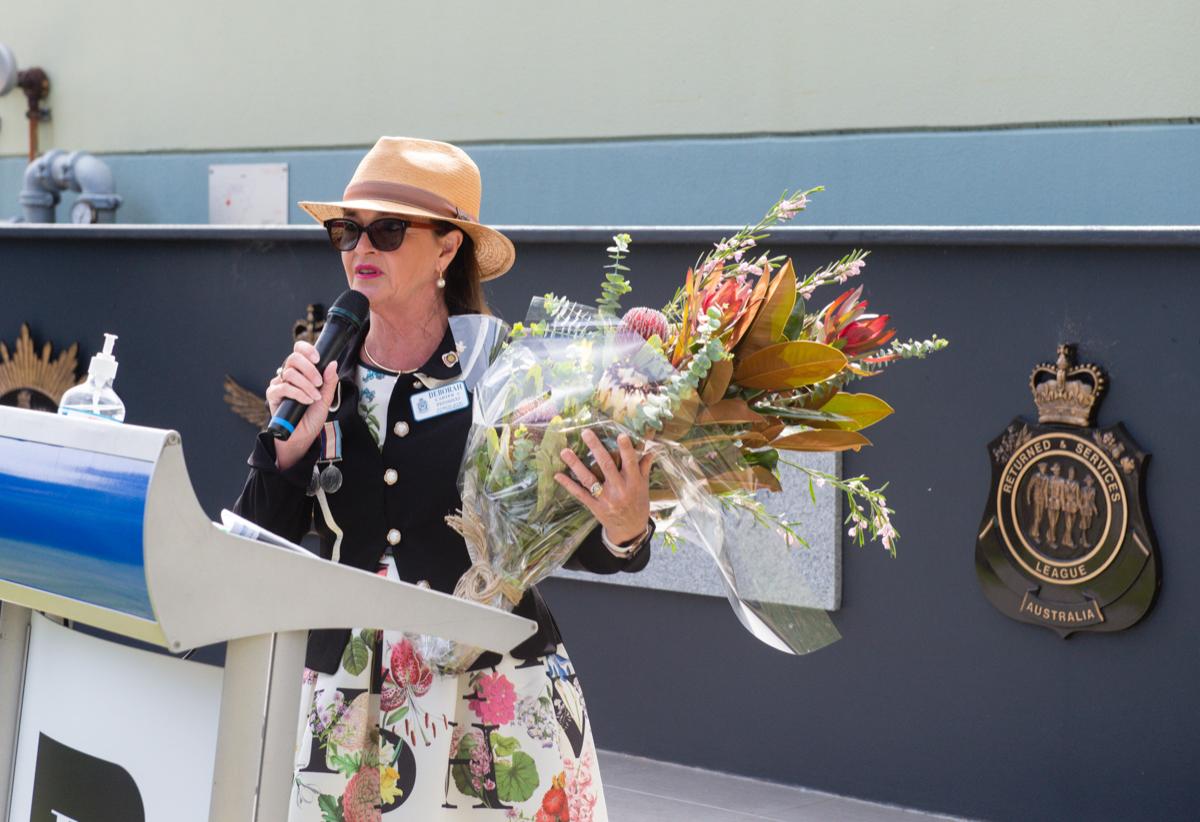