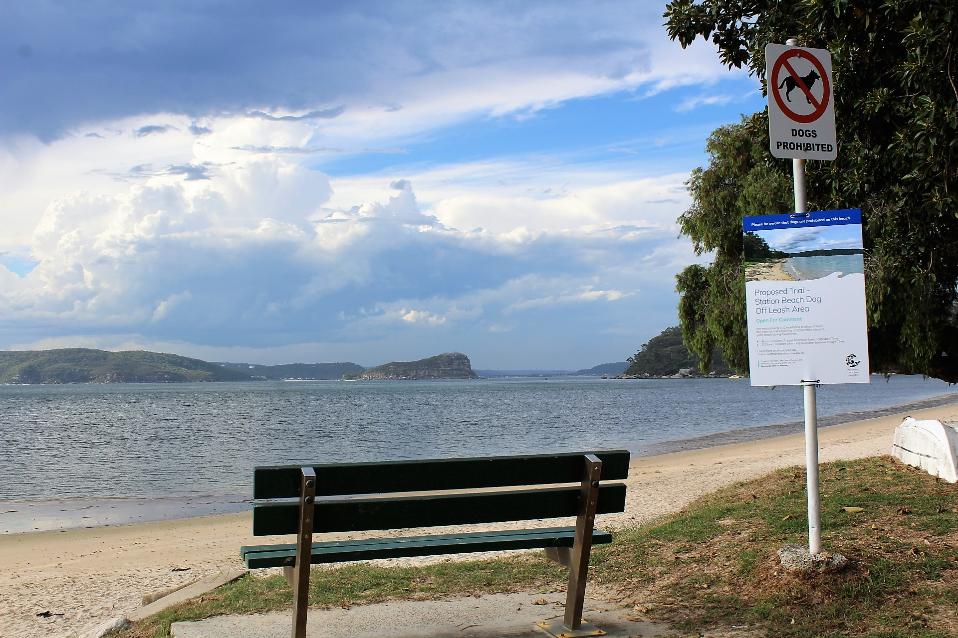 Objective (1A)
The objective of the association is to preserve and enhance the natural beauty of the area and to protect the local amenity by promoting proper planning of all developments and by expressing positively, in appropriate quarters, the views of residents.

** NB: The names of those whose statements are above cannot be provided as people in this area have been experiencing ‘stalking and aggressive trolling’ by expressing a viewpoint that differs from the off-leash activists agenda.
More ‘actionable negligence’ averted! 😊
Previously: Station Beach Off Leash Dog Area Proposal Ignores Current Uses Of Area, Environment, Long-Term Fauna Residents, Lack Of Safe Parking and Clearly Stated Intentions Of Proponents have your say until February 28, 2019
Worth Knowing: Pittwater Areas set aside as dog parks
Sourced from Council 'Dog Parks webpage here
1. McCarrs Creek Reserve
McCarrs Creek Reserve is a trial off-lead dog area from Monday to Friday in the signposted area which is west of the main access road into the reserve.
2. Mackerel Beach
Dogs are permitted off-leash under effective control between the Wharf and the most northerly house between 6:30am-9:30am and 5pm-sunset. At all other times dogs must be leashed when moving between boats and houses. Dogs are not permitted below the high tide mark or in the water.
The designated OFF leash area is to the north of Careel Bay playing fields. (Dogs MUST be on leash through Hitchcock Park).
3. Rowland Reserve, Bayview
Water access for your dog is available at this reserve. Please note dogs are not on permitted on any other beach at any time unless sign posted.
4. South Mona Vale Headland (Robert Dunn Reserve)
Facilities; dog waste bin, lookout, unleashed dogs
5. Dearin Reserve, Newport
Features
Parking, Dog Waste Bin, unleashed dogs
6. Deep Creek Reserve
Dogs can only be unleashed when conducting dog training sessions within the fenced areas.  At all other times dogs must be leashed.  Dogs are not permitted over the bridge
7. *Avalon Beach Reserve (north-western section) – Fenced off – has been on trial – re-consult currently occurring.