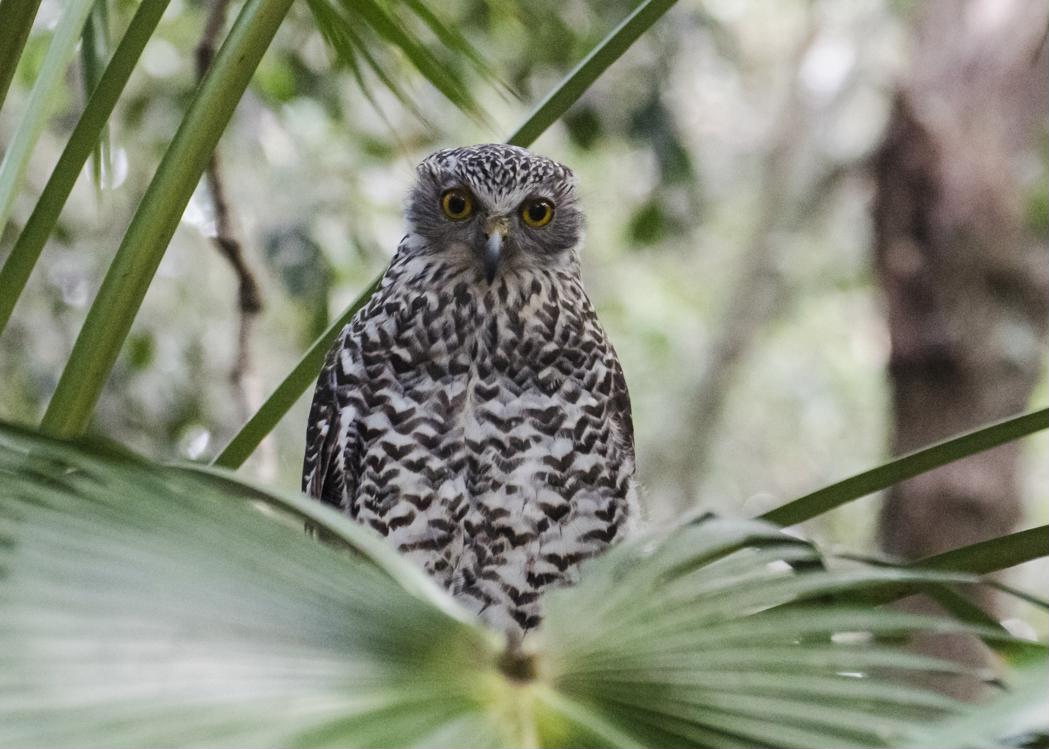 Bayview residents who have fought against this development for over 4 years feel vindicated after the Sydney North Planning Panel refused the application this week  on a number of significant grounds. The panel acknowledged unanimously that this was an over development of the site and the proposed built form was incompatible with both the existing and desired future character of the area. They also determined that there would be visual impact of the 7 buildings, 4 storey's in height when viewed from neighbouring properties and from the golf course. This substantial built form was incongruous to the existing low scale and recreational character of the area.

The Biodiversity classification of the whole golf course being mapped in 2014(PLEP) as a high priority wildlife corridor and ecological impacts were also raised as reasons for refusal. The purpose of this mapping is to 'protect' and 'conserve' native flora, fauna and ecological processes. The panel determined that the density of the development would have a substantial adverse impact on the both the actual site and the general area.

Many golf club members and board members wrote in their submissions, supporting the development, that it was their belief that the wildlife corridor was 'non-existent'. This is despite vulnerable species being known to exist on the proposed site, which was later confirmed by their own expert ecologist.

It was noted by the eminent bat ecologist Glenn Hoye that lighting of the vast complex would need to be subdued otherwise there would be impact on the many bat and micro bat species found on the actual building site. His recommendations were “Artificial lighting on the exterior of the complex should be subdued and directed so that it lights only areas such as pathways where it is required.” It is unlikely that this form of mitigation would be possible in a Seniors Living complex where there are strict OH&S requirements.

As previously reported, local residents who have fought this proposal from the start, believe that the Site Compatibility Certificate (SCC) approved by the Department of Planning and Environment was issued erroneously. Many of the issues raised in the Panel's determination were also raised by Council staff in their submissions recommending refusal for both SCC applications. Yet the Department of Planning and Environment chose to ignore the recommendations of Council and the valid objections of the local community and decided to issue the second SCC in 2017.

Many other local communities such as Terry Hills, Hills Shire Council and Hornsby Shire Council have raised concerns about the issuing of SCC's that are not deemed to be in the public interest and in some cases are in clear breach of the SEPP Seniors legislation. The issuing of these SCC's without strictly checking compliance with the legislation not only creates friction in the communities involved but also burdens ratepayers with the costs to Council of re- assessing these proposals and in some cases having to fight them in the Land and Environment Court.

The Department of Planning and Environment could have rejected this proposal at the Site Compatibility Certificate (SCC) phase on environmental and biodiversity grounds. Environmental concerns were one of the reasons given for refusal of the first SCC application by the developer to the Department of Planning and Environment in 2015. The entire Golf Course land is mapped in the PLEP as Biodiversity Conservation land which is a Schedule 1 hazard under the legislation so SEPP Seniors Housing is not allowed.

In addition, SEPP Seniors Housing Clause 25(6) allows the Secretary to refuse to issue a certificate if the development is likely to have an adverse effect on the environment.

The Planning Panel, the Office of Environment and Heritage (OEH) and Northern Beaches Council all determined there would likely be many adverse environmental effects.

Independent legal advice was obtained from the Environmental Defenders Office ( EDO) by the Bayview residents opposing the development which supported the decision of the Regional Panel surrounding legal permissibility and concluded that this was in fact an 'unlawful development'. One of the main issues raised was the requirement of Clause 4(5) (b) of SEPP Seniors Housing; A consent authority must be satisfied that “most” of the land that it adjoins is land zoned primarily for urban purpose”. In this development the land zoned RE2 (recreational land) is, according to court cases and precedents, not considered to be land zoned primarily for urban purposes.

Information obtained under freedom of Information shows that the SCC was granted by the Department of Planning and Environment even though their own internal legal advice clearly stated it was not permissible because “It is not satisfied that most of the land that it (the Site) adjoins is land zoned for urban purposes” in accordance with Clause 4(5) of the SEPP. This legal opinion was also provided to the Bayview Golf Course Board by the Department of Planning and Environment.

Minister Roberts has not been able to explain why the SCC was granted when it does not comply with the legislation in this regard and why it was issued in conflict with his Department’s own legal advice.

The Residents of Bayview and the many vulnerable and significant species whose habitat has now been preserved would like to thank the Northern Beaches Council for their steadfast opposition to this inappropriate development and the Regional Panel for their decision.

The Petition which already has 54,000 signatures will remain open at change.org until this DA is withdrawn and any other assessment processes are completed, and to encourage people to donate to two worthy causes that helped achieve this outcome for the community. If you haven't signed it yet please use this link:

The Powerful Owl Project and the EDO provided expert advice in this matter, if you can donate even a few dollars, please use the links provided so they can continue their important work protecting the environment.