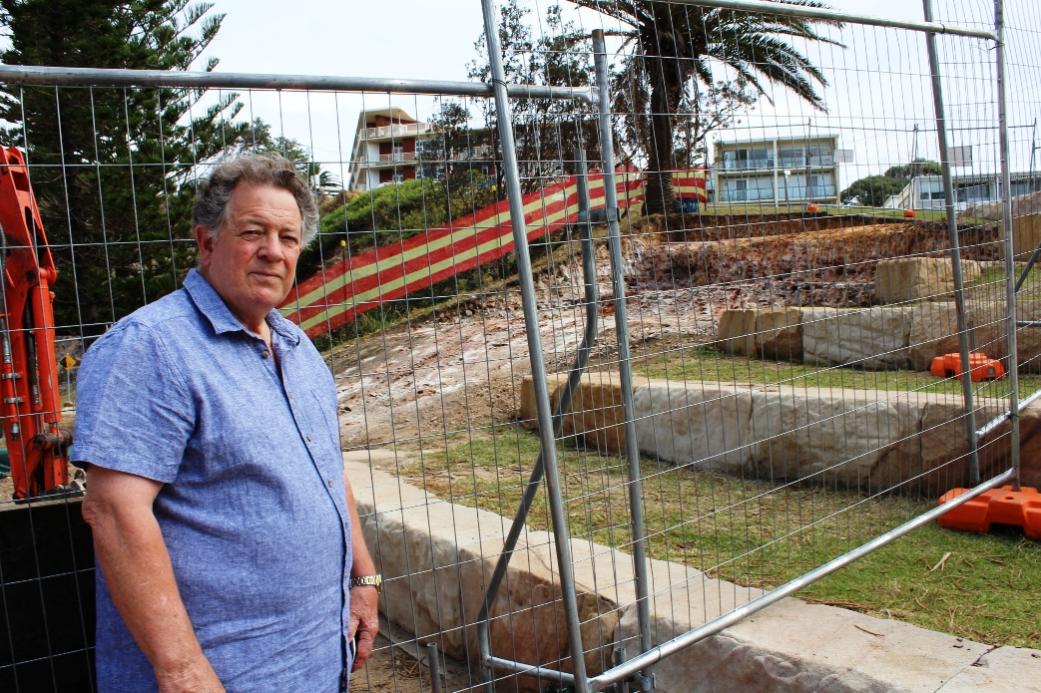 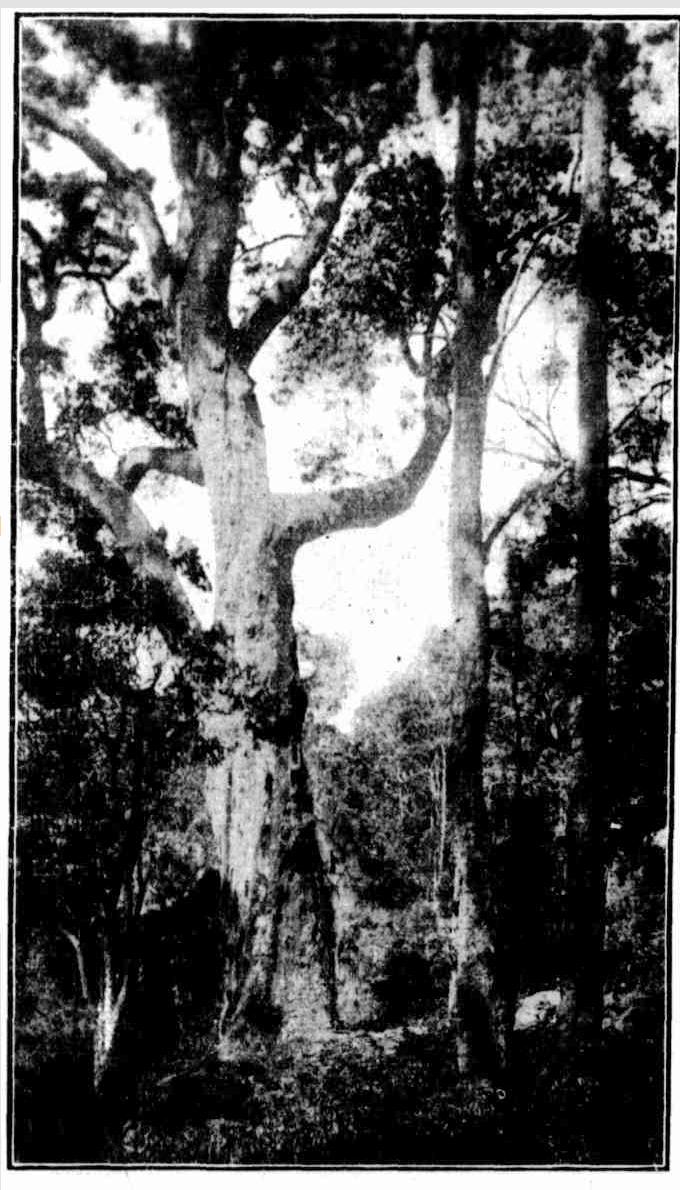 The Angophora Reserve, which is the Wild Life Preservation Society's new Bushland Sanctuary at Avalon, N.S.W., was officially opened and dedicated by the Hon. Sir Phillip Street, K.C.M.G., on Saturday last, March 19th. This reserve had been set aside primarily for the preservation of a giant 'example of the Sydney Red Gum (Angophora lanceolata) as a national monument. Owing to the junction of two great geological forms (Hawkesbury sandstone and Narrabeen shales) at this spot, the trees and shrubs present many features of interest to the botanist, field naturalist and bush lover.
THE “ANGOPHORA” RESERVE (1938, March 23). Construction and Real Estate Journal (Sydney, NSW : 1930 - 1938), p. 7. Retrieved from http://nla.gov.au/nla.news-article222925110
This photo shows the official opening of the Angophora Reserve on 19 March 1938 by Sir Phillip Street (KCMG). Much of the groundwork to enable the purchase of the land by the Wildlife Preservation Society in January 1937 was done by Thistle Harris. The reserve cost the Society 364 pounds 19 shillings and 7 pence (which converts to around 730 dollars!). The volunteer bush care group meet on the 3rd Sunday of each month usually at the Palmgrove Road entrance. – Geoff Searl, President of the Avalon Beach Historical Society - photo courtesy ABHS
The Birds Laughed!
A PARTY of our C.P. girls accompanied Cinderella to Avalon on March 19 to attend the official opening of the Angophora Reserve, a forest sanctuary purchased by the Wild Life Preservation Society and dedicated to the conservation of Sydney's largest redgum (Angophora Ianceolata), a giant possibly 1000 years old, but still in his prime. As the different speakers addressed the guests scattered over the grass, on the importance of preserving our beautiful bush and teaching the young generation to reverence such splendid national treasures as our forests contain, loud applause came from an unexpected quarter. A group of kookaburras had accepted the invitation for all forest-lovers to celebrate the day, and shouted their glee from the branches overhead. It was the mast eloquent of all the tributes paid that day to the value of tree-conservation. Who says that birds can't understand?
The Birds Laughed! (1938, March 30). Sydney Mail (NSW : 1912 - 1938), p. 63. Retrieved from http://nla.gov.au/nla.news-article166229598 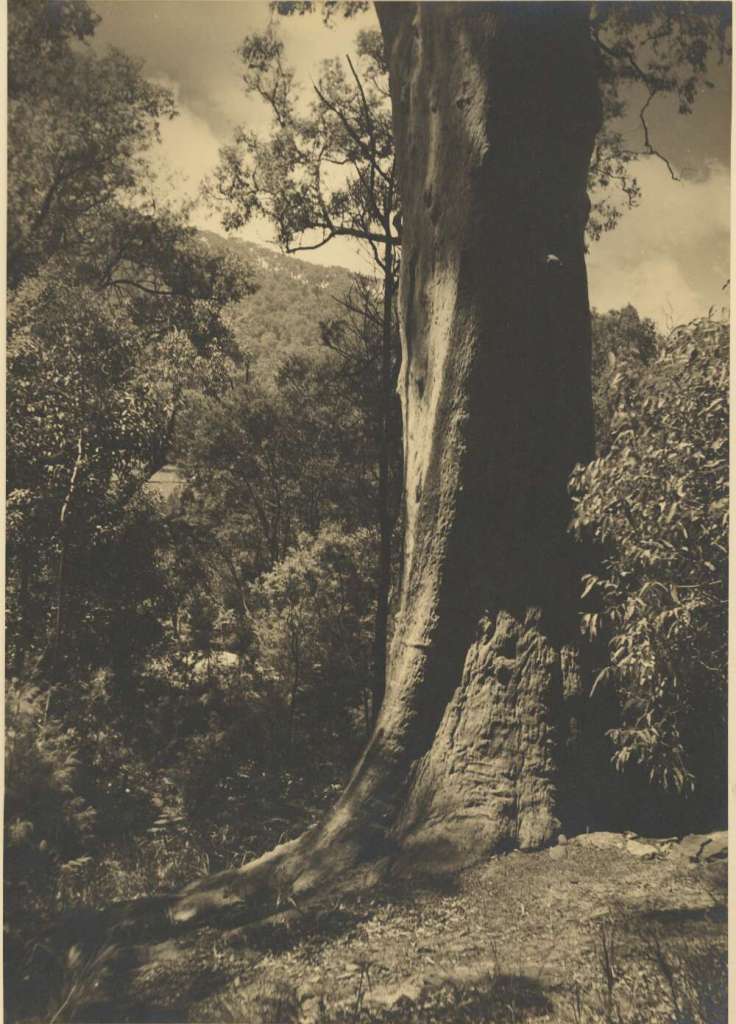 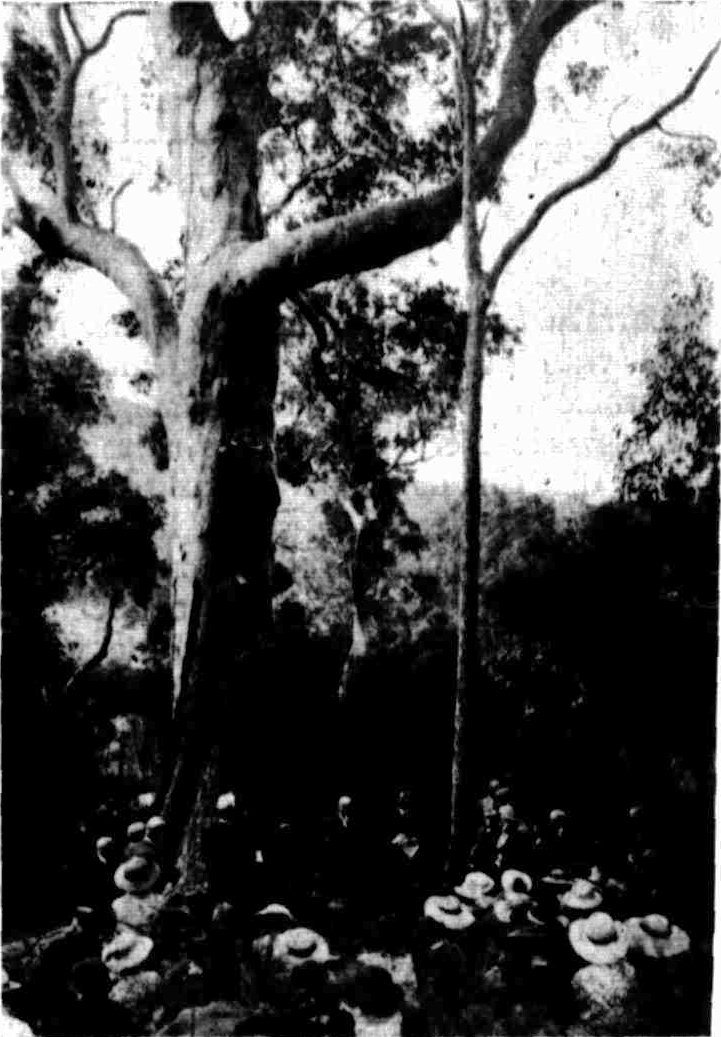 The ceremony took place beneath the giant Angophora (Red Gum) which is estimated to be 1,000 years old. In this native bushland, only one hour's run from the city, flora and fauna will find sanctuary for all time, thanks to the enterprise of Mr. David G. Stead, the Wild Life Preservation Society and Mr. A. J. Small who released the land at a tithe of its value.
THE OPENING CEREMONY, ANGOPHORA PARK, AVALON, 19th MARCH, 1938 (1938, April 6). Construction and Real Estate Journal (Sydney, NSW : 1930 - 1938), p. 8. Retrieved from http://nla.gov.au/nla.news-article222925313
AVALON
Another Contribution by A. J. Small
When the history of Avalon is written, one man's name in particular will be outstanding. It is that of Mr. A. J. Small. Not only has he given headlands and parklands to the people to preserve for them vantage points from which ocean views can be seen for all time, but he is still giving. His last act of graciousness was when he gave an area of seven acres of land at half value in order that the Wild Life Preservation Society could acquire its Angophora Park. Mr. Small also erected the fence and iron gates, made the approach, built the steps, and cleared the paths so that the giant Angophora (sometimes called Red Gum) which is said to be 1,000 years old and of immense girth, may be viewed in its natural surroundings. At the time of the opening (by Sir Phillip Street on March 19th) there was an improvised orchestra of birds — butcher birds, soldier birds, warblers, and jackasses, in fact a representative from practically all the feathered families — which came down to look curiously on the people who attended the opening and to contribute, to the scene. Afterwards, 100 invited guests accepted Mr. Small's hospitality to afternoon tea at the New Golf House at Avalon. The fine golf course there has not a club. All visitors can play there on an equal footing, and in this respect it occupies a unique position among the metropolitan golf courses. The new building, illustrated herewith, is of white sandstone with buttressed corners. The internal walls are of brick. In the lower storey are locker and retiring rooms for golfers with hot and cold showers for both sexes. The upper walls are shingled and the roof is covered with semi' glazed brown tiles. It is mainly occupied by a large combined lounge and dining room about 60 feet in length. The flooring is of tallowwood designed for dancing. For log fires in winter, an open fireplace, framed in 9in. x 2in. briquettes, has been provided, with a hearth of 9 feet wide. Manchurian Ash of exceptional figure lines the lounge artistically furnished in autumn tints. The architect for the golf building was E. Lindsay Thompson, and F. C. Fripp, the builder. AVALON (1938, April 6). Construction and Real Estate Journal (Sydney, NSW : 1930 - 1938), , p. 8. Retrieved fromhttp://nla.gov.au/nla.news-article222925312
Visit: Avalon Beach Golf Links: Pittwater Fields of Dreams II
* Retrieved fro the OEH webpage here 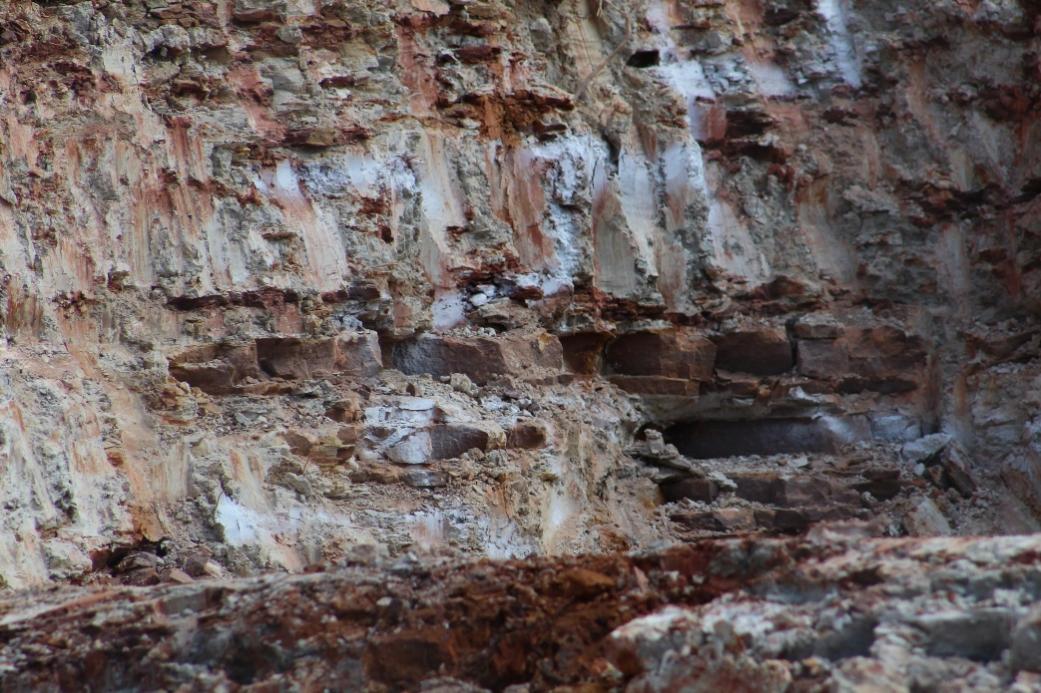