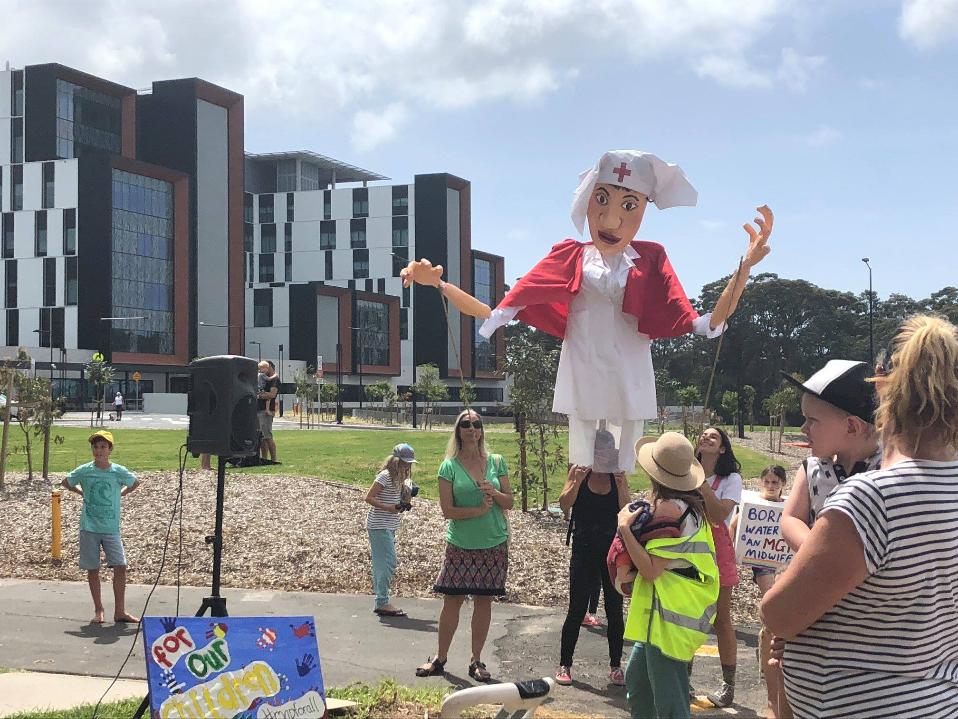 SMVH Committee Nurse Karen Draddy at NBH during one of the numerous rallies held during the past year.

SYDNEY: A boy about one year old was reported in satisfactory condition in Mona Vale District Hospital yesterday after being bitten by a funnel-web spider found in his cot.

Of the 226 Submissions into the Parliamentary Inquiry into the Operation and Management of the Northern Beaches Hospital only a handful praise the new health facility, and their praise is for the nurses and staff.

Most speak of systemic failures of practice, poor communication with local GP's with no discharge summaries, misdiagnoses, poor treatment, staff shortages in every department with a 80-90% ratio of casuals being employed with the flow on effect of the 10% of others spending most of their shifts showing casuals where anything is and how to use IT, GP's who would not recommend their patients go to the hospital and the Health Services Union (HSU) speaking of a culture that is prohibitive of those at the coal face speaking openly about problems for fear of job loss.

The Union's submission also questions whether the NBH is fulfilling the 'public' aspect of its contract with the state government as there are some gaps between what happens in the public hospital model and their own.

The current structure does not align with that of NSW Health and therefore leaves poor support for junior staff, and poor career progression opportunities, and insufficient recognition and renumeration (and high levels of pressure and stress) for senior staff as they are managing too many staff. NSW Health have these structure guidelines in place for this reason.

One doctor speaks about a young man being pressed to sign a form to be treated as a private patient while under the influence of drugs that had been administered for his treatment while psychotic.

The emphasis on any who present being pressured into being 'pay patients' runs as a thread through many submissions.

The (HSU) said Healthscope, the private company which operates the hospital, was endangering patients due to the "imperatives of a for-profiting institution".

Statements from allied health practitioners — medical professionals such as dietitians, occupational therapists or physiotherapists — said patients were pressured into using their private health cover rather than being admitted as public patients.

"Elderly patients have almost been forced to use their health fund without knowing they will miss out on services for safe discharge home," one practitioner said.

Another said Healthscope staff were transferring patients to attend their rehab site and billing their insurance when it was not required.

A local GP's submission backs up the push for profits:

The lack of public facilities available to patients. Patients being told implicitly or explicitly that the only way for them to access care is to do so in the private sector. Patients who believe that they are being treated as public patients, both in the hospital and in the GP clinic attached, being sent bills for hundreds of dollars after their discharge for pathology services.

The same submission points out that what had been available locally no longer is and hoped for services now never will be available:

The lack of publicly funded out patient services, which GPs are able to refer to. We lacked outpatient services for the Northern Beaches in key areas eg gastroenterology, ophthalmology, orthopaedics, prior to the NBH opening, and there had been a hope or expectation that these would form part of the services offered at the new hospital. However this has not been the case, and we have lost cardiology and neurology clinics which GPs were able to refer to at Manly and Mona Vale, and now find there is no provision to do so at NBH. Patients are suffering due to the lack of publicly funded outpatient clinics.

One of the "most pressing needs" to fix the hospital was the "termination of the contract and transfer of the facility to public operation", the HSU submission said. The call was backed by the NSW Nurses and Midwives Association (NSWNMA), who also urged the government to "resume public ownership of the NBH".

"Get rid of Healthscope and get NSW Health to buy this facility back," one nurse said in a submission.

What's been happening at the Mona Vale Hospital 'sub-acute' facility also featured in one submission:

I have lived on the Northern Beaches my entire life and have visited Mona Vale hospital in times of emergency numerous times for myself and accompanying friends and family.

Years ago when my baby brother was bitten by a funnel web spider – he may not have survived if we needed to drive to Manly or Frenches Forrest.

The current level of care being provided at Mona Vale hospital is unacceptable. The emergency section is understaffed and the few staff that are there are operating in terrible conditions. I was there in April with my partner who had split his head open.

When we were finally processed, there was patients crowded in the room who was placed in. There were not enough beds so one patient was in a wheelchair. When I went back to the waiting room the blood from my partners head that had dripped to the floor was still there. In another corner of the waiting room I noticed more old, dried blood. This experience as like being in a third world country.

Please keep the hospital open. If you don’t, if won’t be long until lives are on your hands.

The Save Mona Vale Hospital Community Action Group's submission reiterates the impact of the closure of acute services at Mona Vale Hospital includes the increased distance residents and visitors to the northern end of the peninsula need to travel to access acute care; the difficulty in accessing Northern Beaches Hospital (roads still being built and traffic); the increased demand for ambulances and the slow response times; the privatisation of previously public services; the disparity of services between private and public patients; the lack of transparency at NBH and the community’s lack of trust in the hospital’s ability to provide quality health care.

Community concerns include that people will die before reaching an emergency department and that more babies will be born en route to hospital. The community is also opposed to the imminent demolition of significant public assets at Mona Vale Hospital – its main and other buildings – and their replacement with private health services, probably with 99-year leases.

The SMVH committee also recommends that the state and federal governments take control of NBH to rectify its systemic problems, restore community trust and reverse the privatisation of health services.

The Australian Society of Anaesthetists' submission shows VMO's have had their rates cut by 9.5% under Healthscope, despite an indication prior to the contracts being presented that they would be comparable with NSW Health awards. The VMOs’ contracts that are due for renewal in the latter part of 2019.

The ASA submission also points out that the NBH failed to appoint a Head of the anaesthetic department in a transparent way in breach of the hospital by-laws, creating a period of confusion and lack of leadership, which impacted on the running of the hospital at its early stages.

From the start, the operation of the hospital exposed problems highlighting Healthscope’s poor planning. From the beginning, this resulted in elective surgery cancellation on many occasions, a major under-estimation of emergency attendances and significant delays for patients to have required emergency surgery.

The ASA is of the opinion that the hospital became fully operational too quickly without adequate resources, preparation and planning. The transition from Manly and Mona Vale hospitals to Northern Beaches Hospital could have been staged over a longer period of time allowing for smoother transition.

A Healthscope spokesperson has stated that the NBH was making "ongoing improvements" and "welcomes the opportunity to participate in the parliamentary inquiry".

"More than 80 per cent of patients rated the overall quality of treatment and care as 'very good' at mid-July 2019," and  "Eleven per cent higher than in the first month of opening."

The Inquiry will continue with hearings scheduled - the first of which will be on Monday, August 28th. 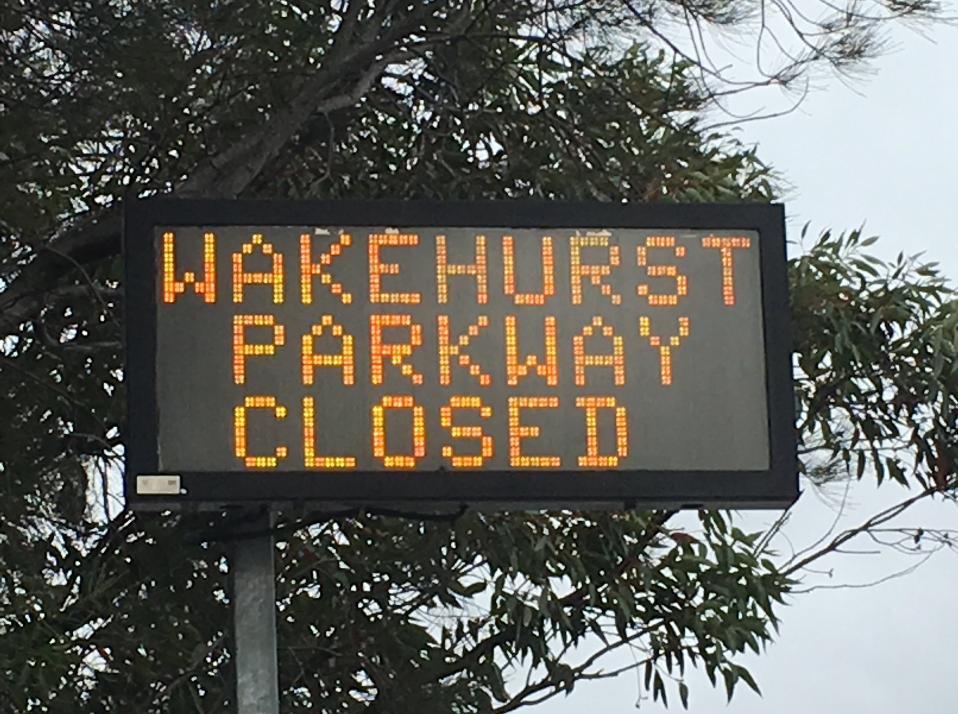