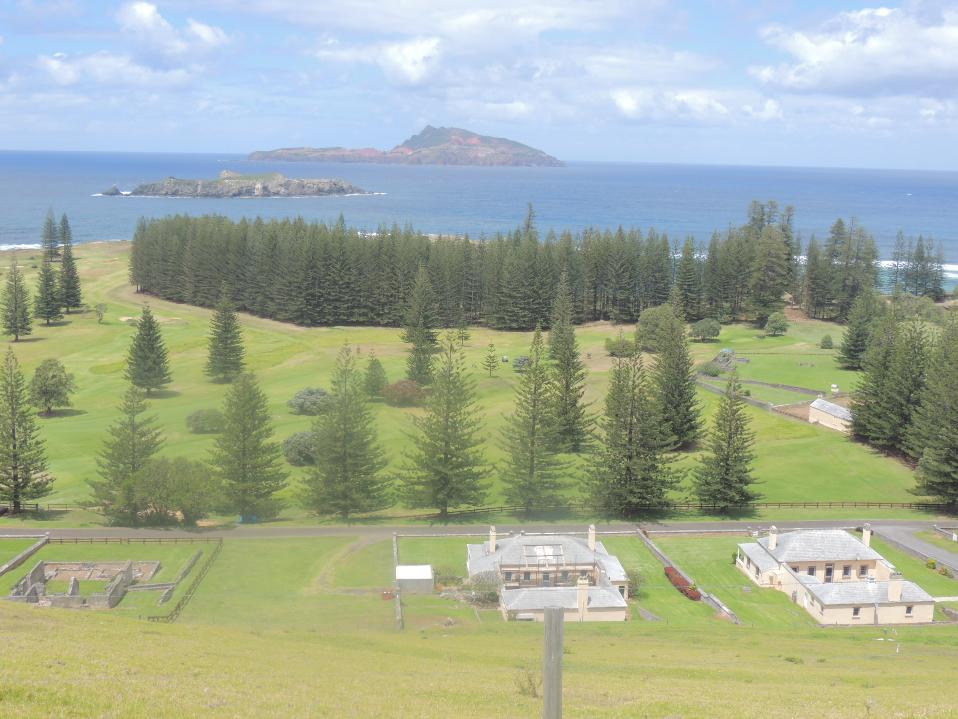 Norfolk, a lush green island in the south Pacific, is almost a three-hour flight from Sydney. Turquoise water of Emily Bay, towering pines and cows grazing along the roadside welcome visitors on the way to Burnt Pine village and their accommodation.

A week is recommended for discovering scenic spots, indulging in a variety of experiences that bring alive the history. It also allows for lunch in one of the many cafés with a spot of shopping afterwards.

Discovered by Captain Cook in 1774, the island became a British penal colony alongside NSW. All of the buildings on the flat Kingston area and the haunting grey stone walls of the prison were convict built. Many of the worst offenders were sent to Norfolk as well as Tasmania. The sound of the lash was frequently heard. A second era of convicts from 1825 to 1854 endured before transportation ceased and the colony closed.

Beyond the coral reefs offshore, providing some shelter for ships, lie Nepean and Phillip islands. The HMS Sirius, flagship of the First Fleet, was wrecked here in 1790 making the maritime museum a must-see. A gigantic anchor and a range of artefacts were retrieved in the 1980s.

Most of the inhabitants today are descendants from the mutiny of the Bounty. The Cyclorama, created by two local artists, is an amazing visual representation of the story. Fletcher Christian led the mutiny and with his supporters took Tahitian men and women to hide on Pitcairn Island. Overpopulated with 193 people, they appealed to Queen Victoria in 1856 who granted them Norfolk Island. After five weeks at sea and a baby born on the way, the new settlers moved into the abandoned houses at Kingston. Each family was granted 50 acre lots.

After Cyclorama enjoy a stroll through Queen Victoria gardens before delicious scones in the café. Saint Barnabas chapel with its boat-like ceiling, stained-glass windows and stone exterior is worth a visit. Pews, inlaid with shell, show off local craftsmanship.

The Settlers tour illustrates the industrious nature of the new arrivals. Emily, great granddaughter of Fletcher Christian, married an Englishman, George Bailey. He became the blacksmith and music master on the island bringing vital skills. Being subsistence farmers, Pitcairners had never seen wagons or ploughs. Their son, Tom, brought avocadoes and mangoes to Norfolk and became the cable station manager as communications improved in the nineteenth century. His daughter, Marie, pioneered tourism on the island, creating more employment for the locals. Currently, 40% of the island’s economic activity is related to tourism and unemployment is low. The Australian government has funded three Passenger Transfer Vehicles to enable tourists to come ashore. Sixteen cruise ships are scheduled for 2020.

Bush walks on the island are spectacular. Fifteen per cent of the island is national park. The Bridle Track leads through a forest to the wild north coast. A navy sea smashes against black basalt cliffs and around a smattering of rocky protrusions such as Cathedral Rock. White terns skim past on air currents before returning to their eggs balanced precariously in pine branches.

Another day we are dropped at Mount Pitt, walk the Summit Track to Mount Bates then return through the sub-tropical rainforest of the Palm Glen area. A splendour of foliage from the giant-leafed meryata, cordylines, Norfolk palms and tree ferns to massive Norfolk pines, make the shaded tracks pleasant walking. Now and then we stop and delight in a vista over the island.

Of the tours, my favourite is to the house of the late Colleen McCullough, one of Australia’s most esteemed writers. Through an archway of trees, we arrive at a large two-storey white house. A guide takes us through the living areas decorated with gold crocodile wallpaper by Florence Broadhurst. Past an array of treasures Colleen collected from all over the world, we end up in the scriptorium where her many novels were written. Perhaps her six volume Rome series was the pinnacle of her career.

Norfolk Island is quite the perfect get-away-from-it-all destination. Step back in time, slow to island pace and enjoy the scenery. Near the airport we take in a colourful sunset of dusky pink and mauve tinged clouds pierced by the iconic tree that gave this spot its name. 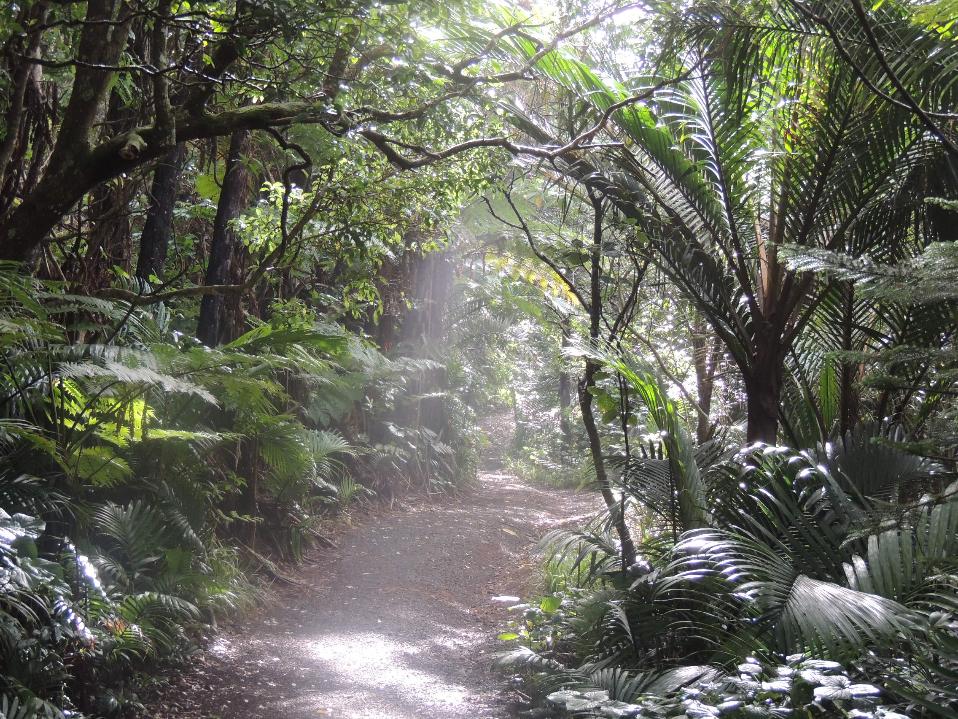