In September 2018 Newport junior rugby forwarded a proposal and approved plans, with the support of the senior club, to extend the club house to build a girls change room and, if funds allow, other modifications.

''The introduction of girls rugby has been amazing and is growing. We want to do all we can to encourage more girls to play rugby and stay in the game. We also want to leave a bit of legacy behind as we pass through for future generations.'' the Newport clubs explained.

In July 2021 Pittwater MP Rob Stokes announced that community sport has received a major boost with the NSW Government announcing a $400,000 grant for facilities at Porter Reserve, Newport.

The grant was awarded to Northern Beaches Council to support the proposed construction of new amenities at the Newport Rugby Club Clubhouse. Member for Pittwater Rob Stokes said the clubhouse extension will include female change rooms, a unisex accessible toilet, first aid room, seating, canteen and a BBQ area. The grant was awarded as part of the NSW Government’s Greater Cities Sport Facility Fund which has awarded $50 million to sporting bodies and councils over two years, for new and upgraded sports facilities.

“Sport is part of the fabric of the Pittwater community and is really important to the health and wellbeing of local residents,” Rob Stokes said.

“The clubhouse upgrades at Porter Reserve will ensure fit-for-purpose amenities are provided for all participants.

Council sought feedback form the community and then announced the project would go ahead, with construction anticipated to commence in 2022. An Artists Drawing and Concept plan released shows the scale of the works: 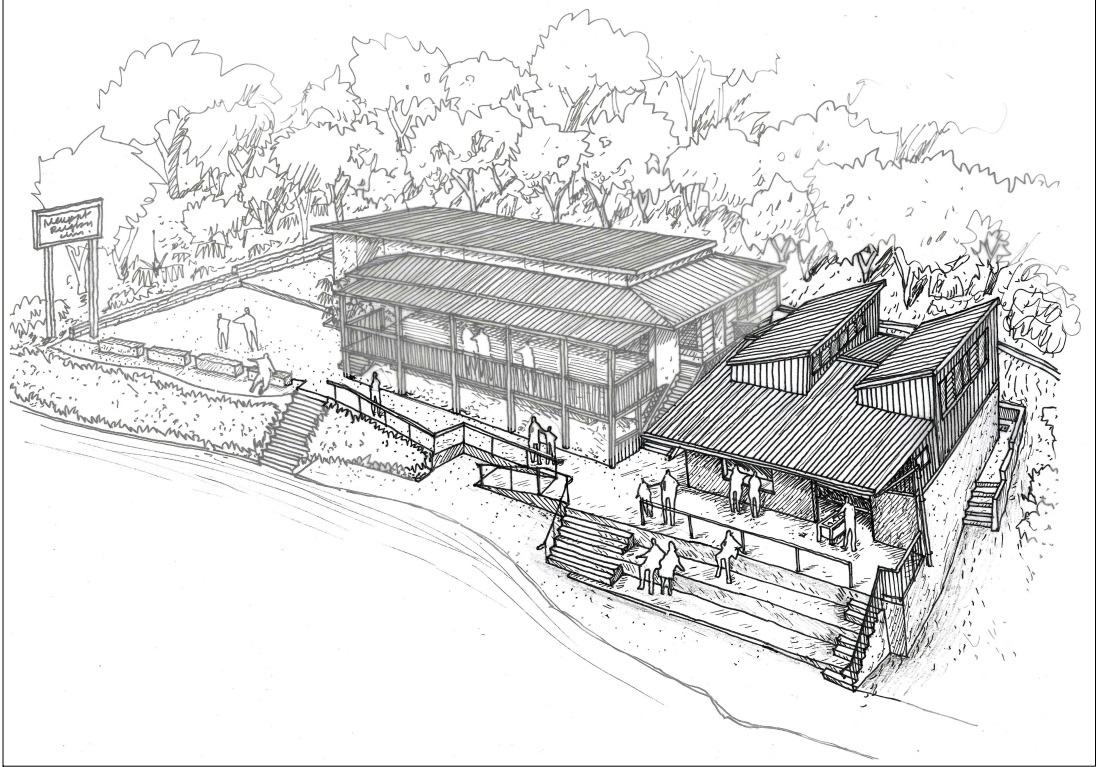 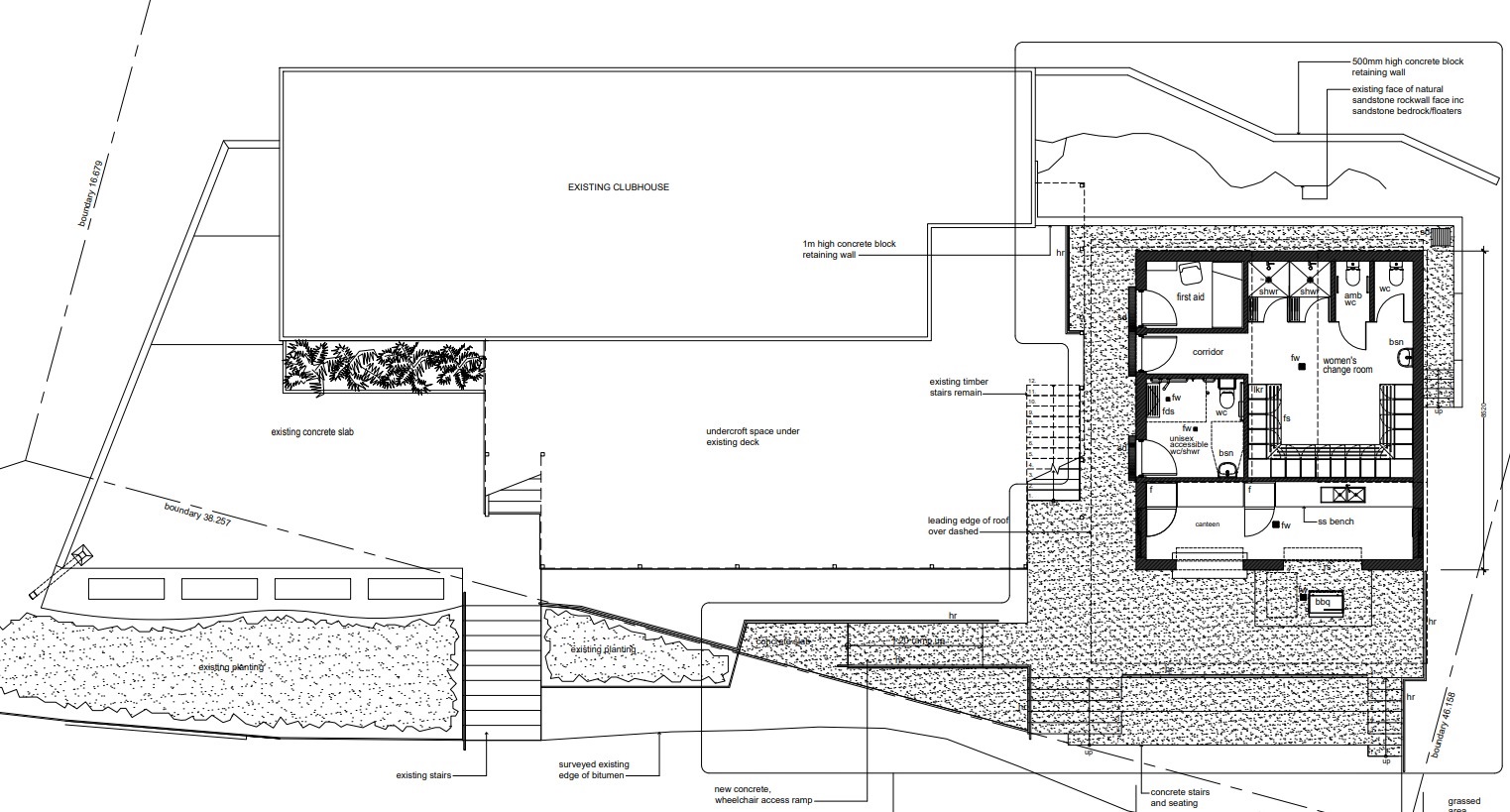 In 2021 Newport Rugby, the Breakers, also launched their adult womens teams, the 'Breakettes'. As they get ready to commence their second season, with all women encouraged to get involved, a few insights with thanks to Breakettes Team Manager Emma Matthews run this Issue.

When and why were the Breakettes formed? 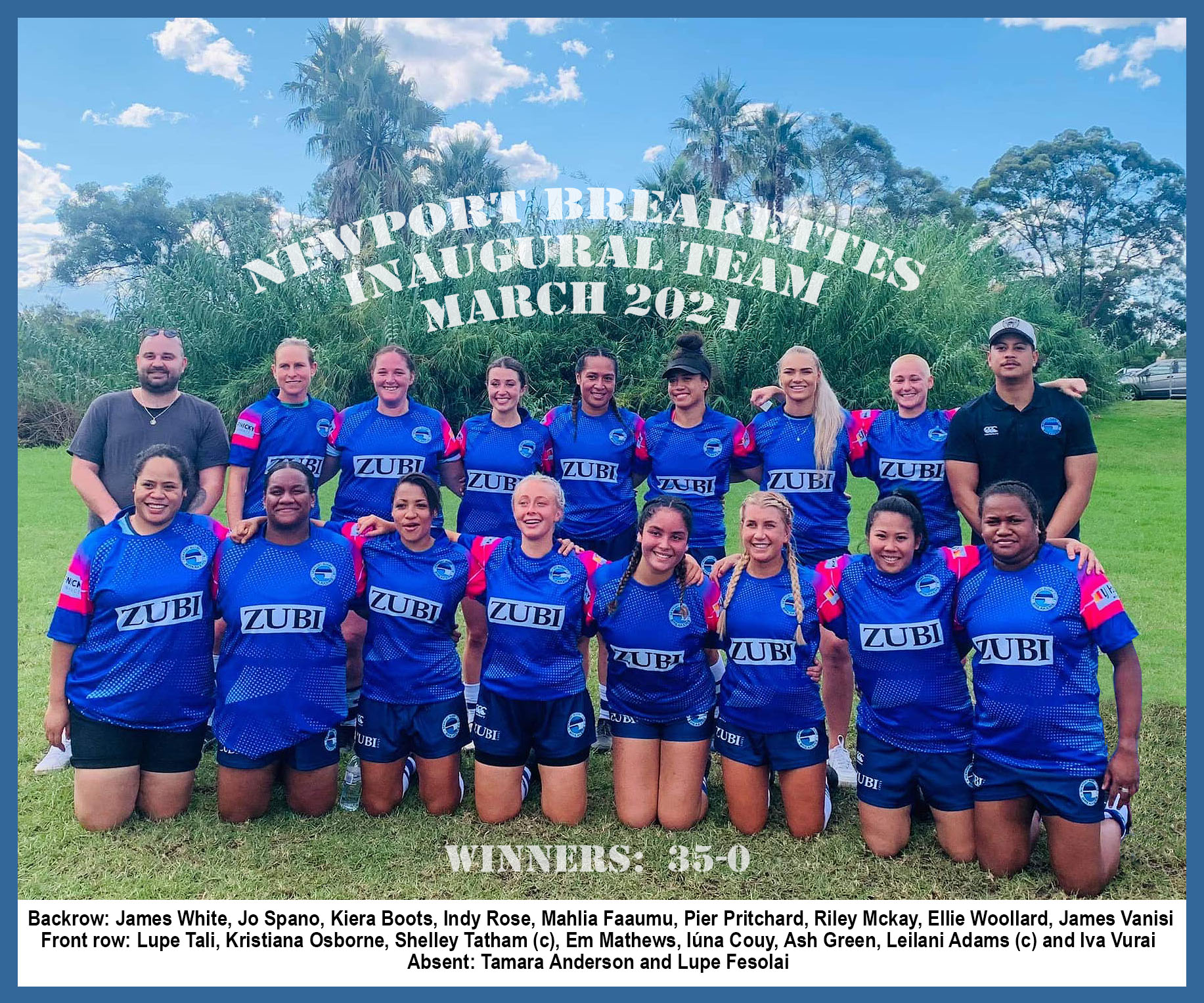 What competition are you playing in?

The Breakettes are a part of the Suburban Rugby for Women. The competition is run on most Saturday’s unless there is a bye, wet weather or forfeit from other teams. The Breakettes then take part in Sunday tournaments which will be run three times in the 2022 Rugby season. 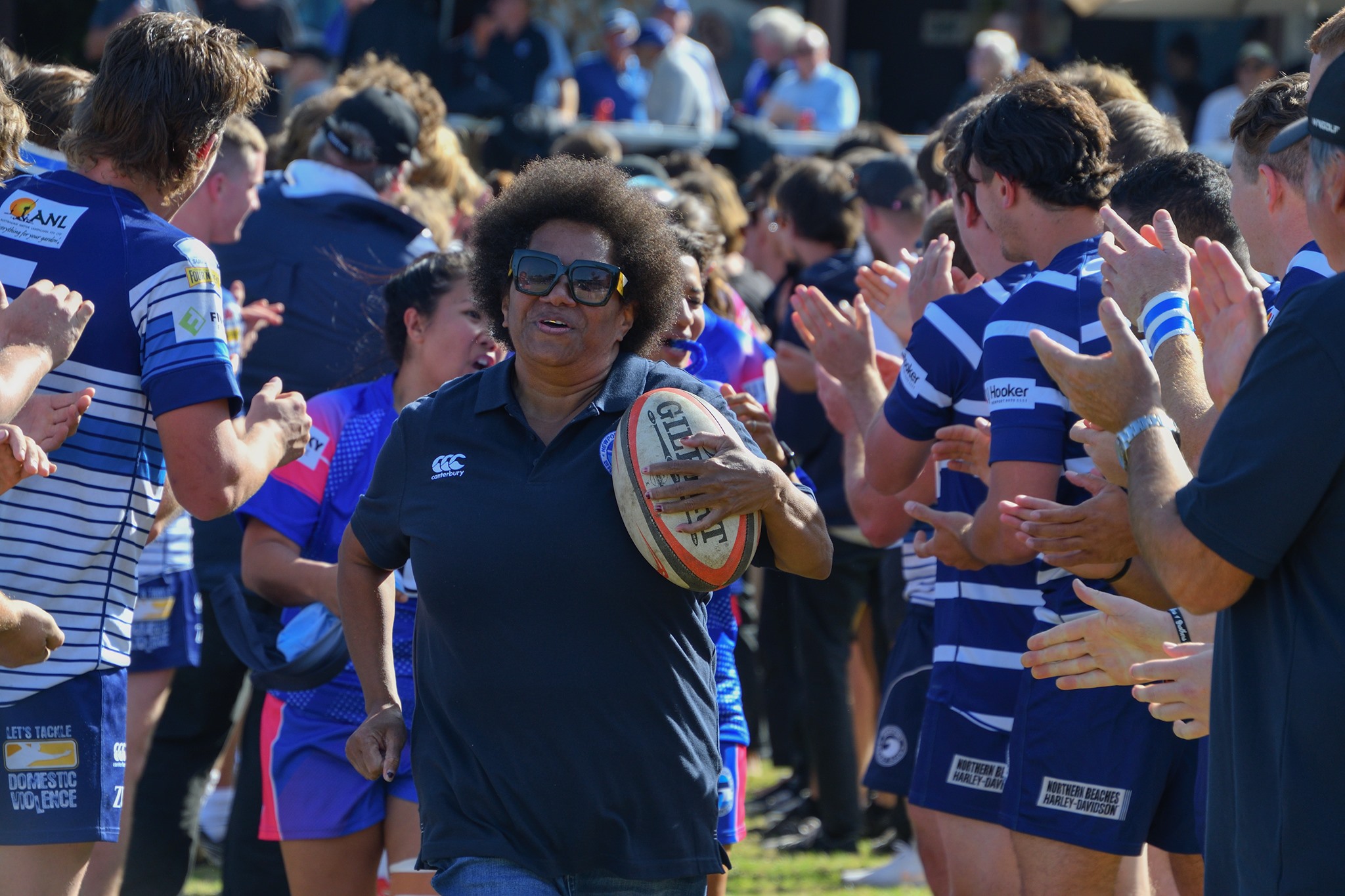 Please share an overview of the format of the games played – how many a side – length of games – do you play home and away games etc. and the difference between the women’s comp as compared too the men’s.

The times of the games will be dependent on the format. For the 7’s format (7 players aside) we will be play 20 minutes into 10 minute halves. If the format is 10’s (10 players aside) we will play a total of 30 minutes into 15 minute halves. As the season games are yet TBA we always play away and at home. With home games always drawing a great crowd especially on our night games as the field is lit up as we watch the first graders play a rival team with the BBQ hot and cold drinks in the hands of supporters, the infamous Newport Hill behind the posts is crowded with supporters of the Newport Breakers!

The difference between the women’s and men’s games is that the women’s only play 7 or 10 aside therefore there are less players on field and less game time. With the men’s competition they play with a full team of 15 aside there game is a lot more structured and players are given positions to play with a game time of 80 minutes spilt into two halves of 40 minutes. 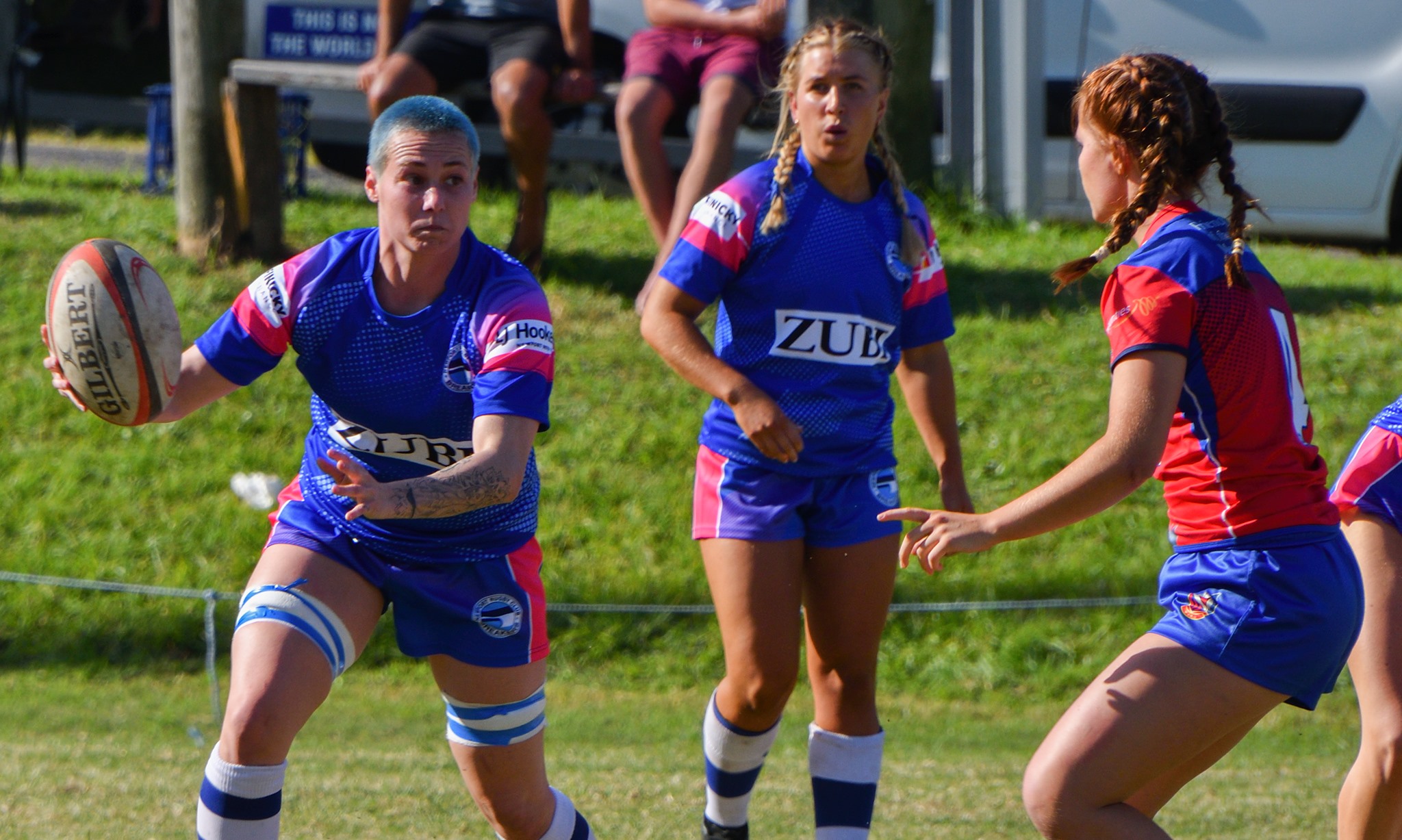 When and where do you train?

The Breakettes train at our home ground of Porters Reserve Newport (Burke Street) on Monday and Wednesday nights from 6.30pm. With the occasional move to strength training at 360 gym in Mona Vale where we have a program designed especially for women’s rugby. We also love to change training up and meet down at our local beach that being Newport Beach for a change on scenery with a swim in the ocean after. We are currently also in talks to do a team dinner once a month at a local restaurant after training to continue our team bonding and re-cap on the previous and future games. We are also super excited to have the new Women’s change room built this year now it has been approved by the council. This again will provide an area for the Women and more inclusion to a sport that is mostly dominated by men. It will allowed the women to have a space to shower, change and leave items as this was hard to juggle with the mens change rooms last season.

How can other women get involved?

If any women are interest or want to know more they can email myself (Emma Matthews, Manager) through the Breakette email: newportbreakettesrugby@hotmail.com AND OR shoot us a direct message on our Instagram @Breakettesnewportrugby and one of our Team members will get back to you. You can also find more information on our Facebook page – Newport Breakettes Rugby!

The Breakettes believe the best thing about playing women’s rugby is the team and community we are a part of no matter what background or culture, the Breakettes thrive week in week out to make the team strive for greatness. As we are a part of the Northern Beaches we already believe in trusting and staying loyal to those we surround ourselves with. We believe in building strong friendships throughout the team, with coaches and all the other people involved in the club. That’s what makes us strong and gives us strength to perform week in week out. The before game nerves which then turn into excitement as we run through the tunnel made by other grades brings the fairness and gives the women a sense of belonging and identity to an amazing club. As we continue to thrive on the support and commitment we have receive since starting the Breakettes.

What is the Breakettes ‘motto’? – And do you have a Team song?

The Breakettes motto is; “We’re United and Strong”

This motto displays the inclusion of all women no matter of race, culture or appearance. When we stand together we are united and strong supporting one another each step of the way.

Being a part of the Newport Breakers Rugby Club they have a great  Club song which was originated when the club was first found in 1963.

Where the rugby is brighter, the
Forwards are together and the backs
Are hard as nails, HARD AS NAILS!

For no more shall I roam, now I’ve
Found my rugby home down at
Newport New South Wales

As we continue to grow the Breakettes team and shed light on Women’s rugby and sport we would like to thank each person who has been behind the scenes working overtime in making this become great team become a reality. We wouldn’t be the Breakettes without each other or the community! So thank you and a special mention to our previous manager Lupe and club president Jake Osbourne for always and continuing to go above and beyond for the Breakettes, that never goes un-noticed.

We hope to see you on the hill! 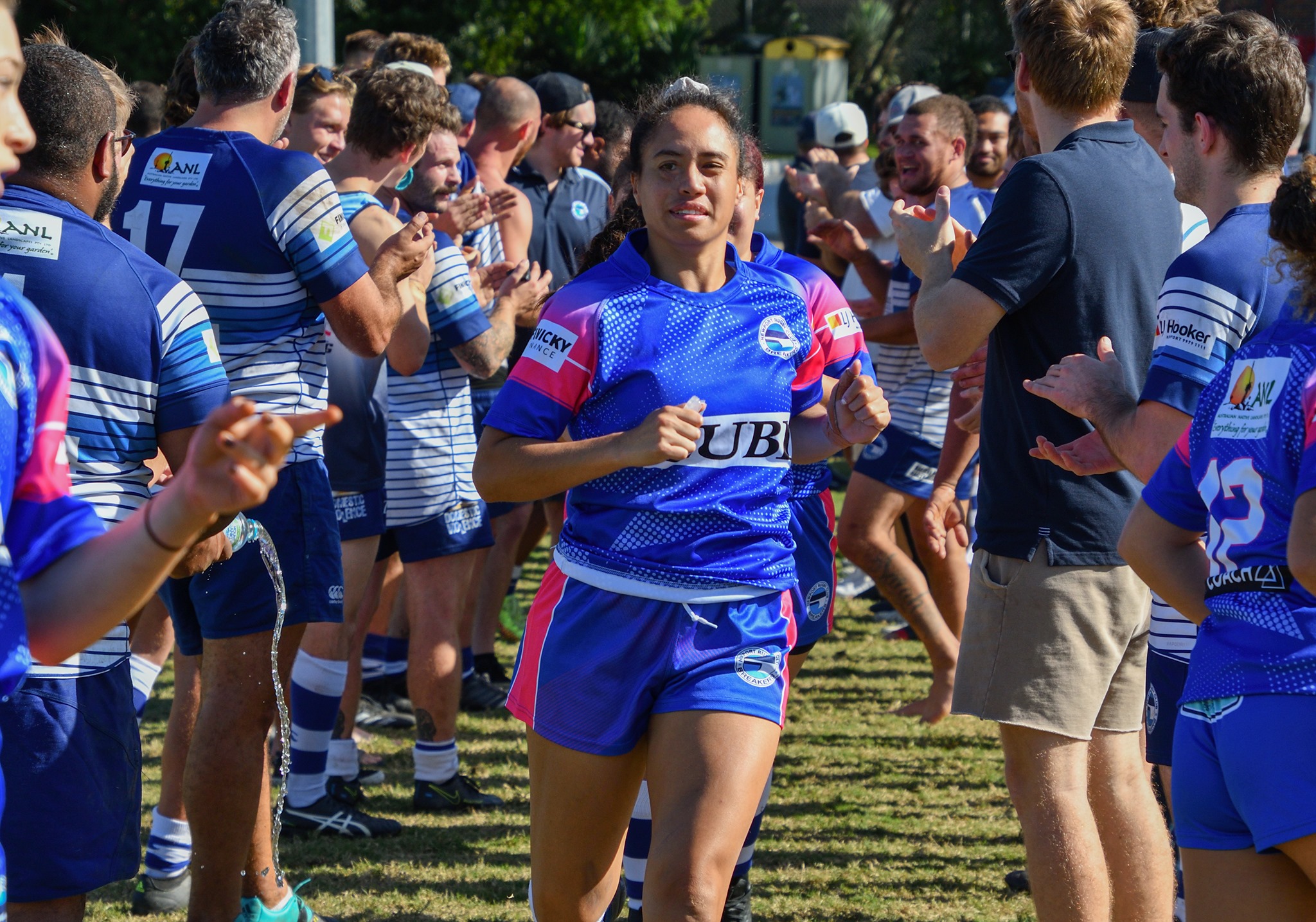 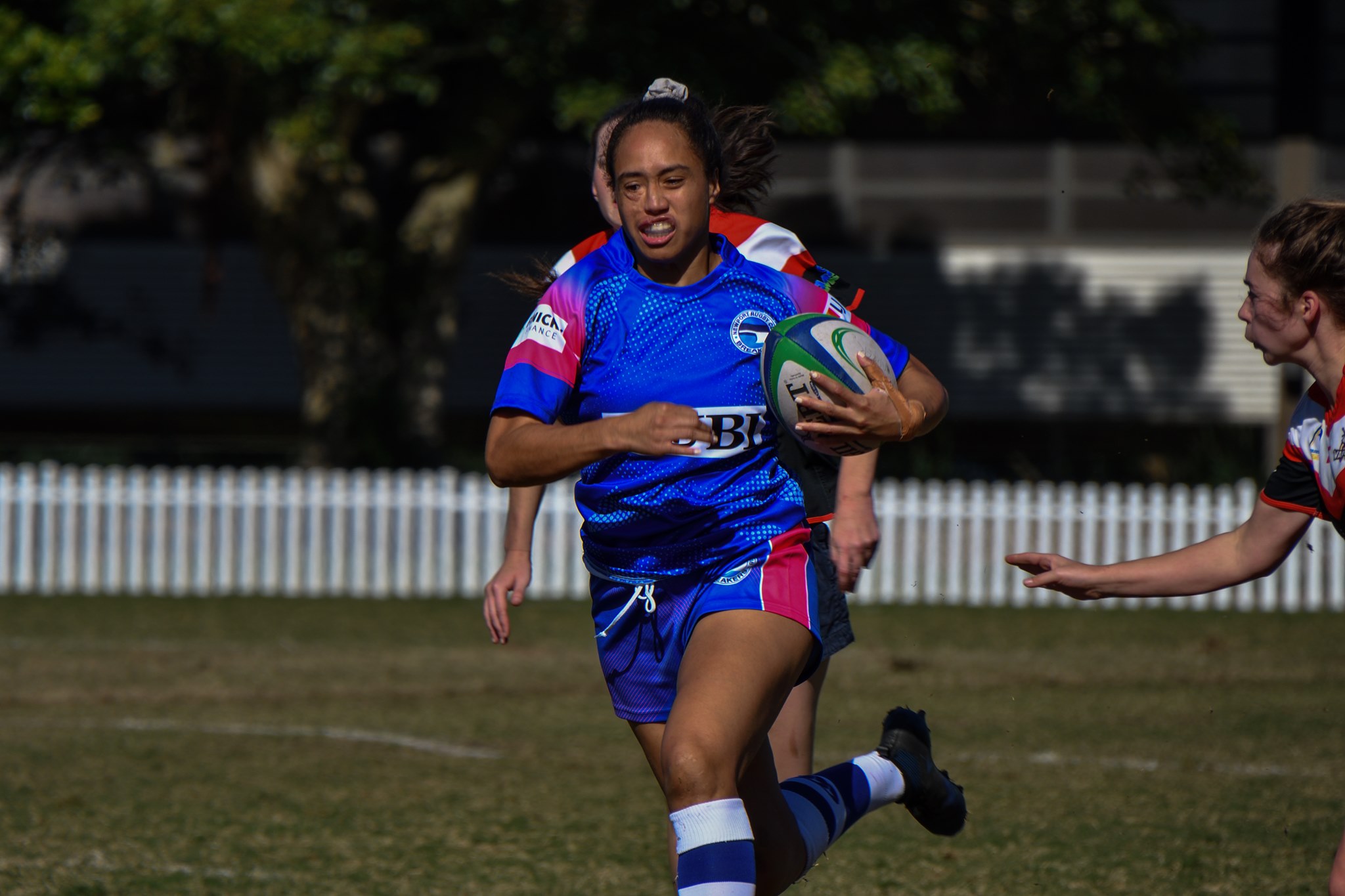 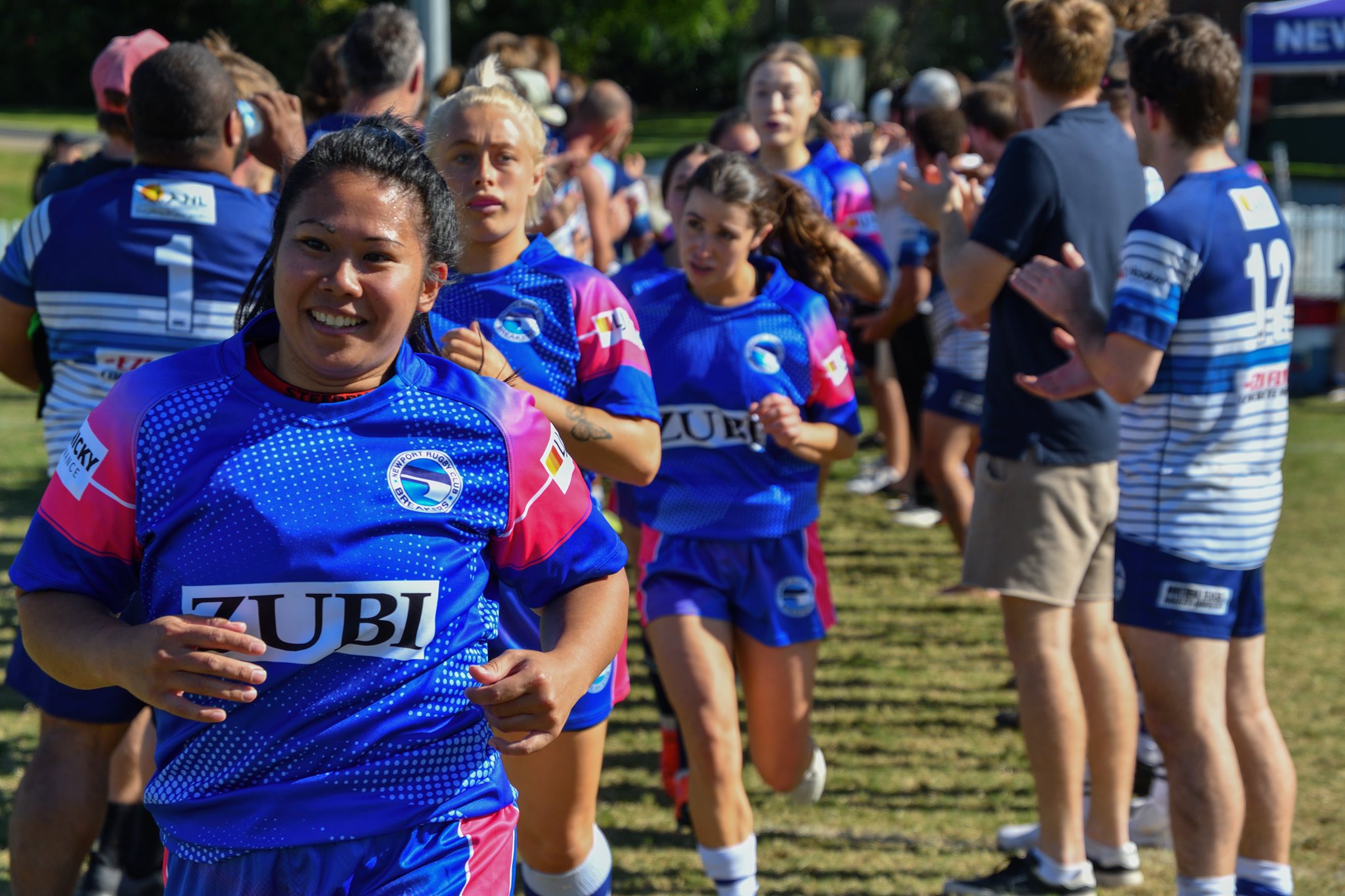 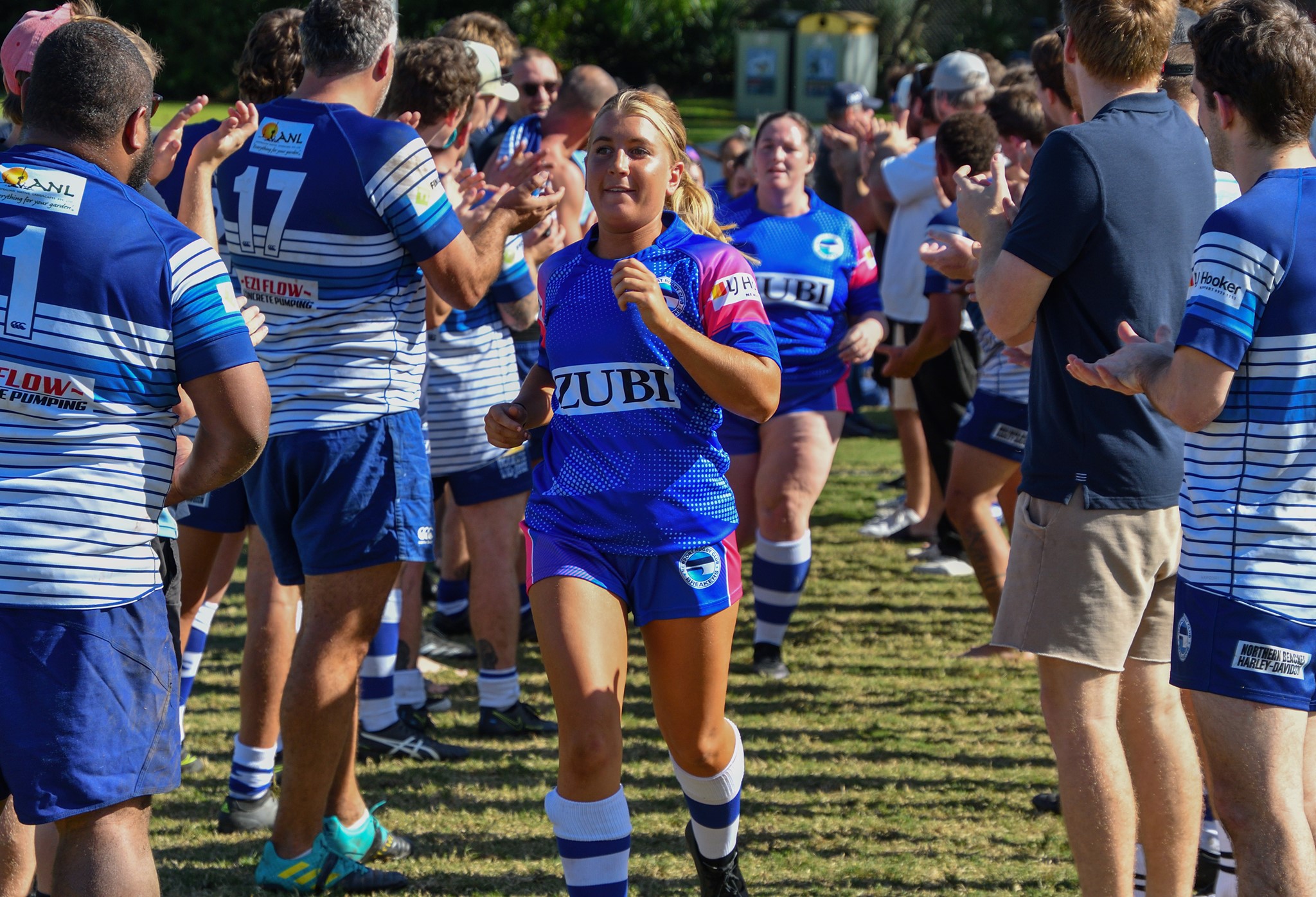 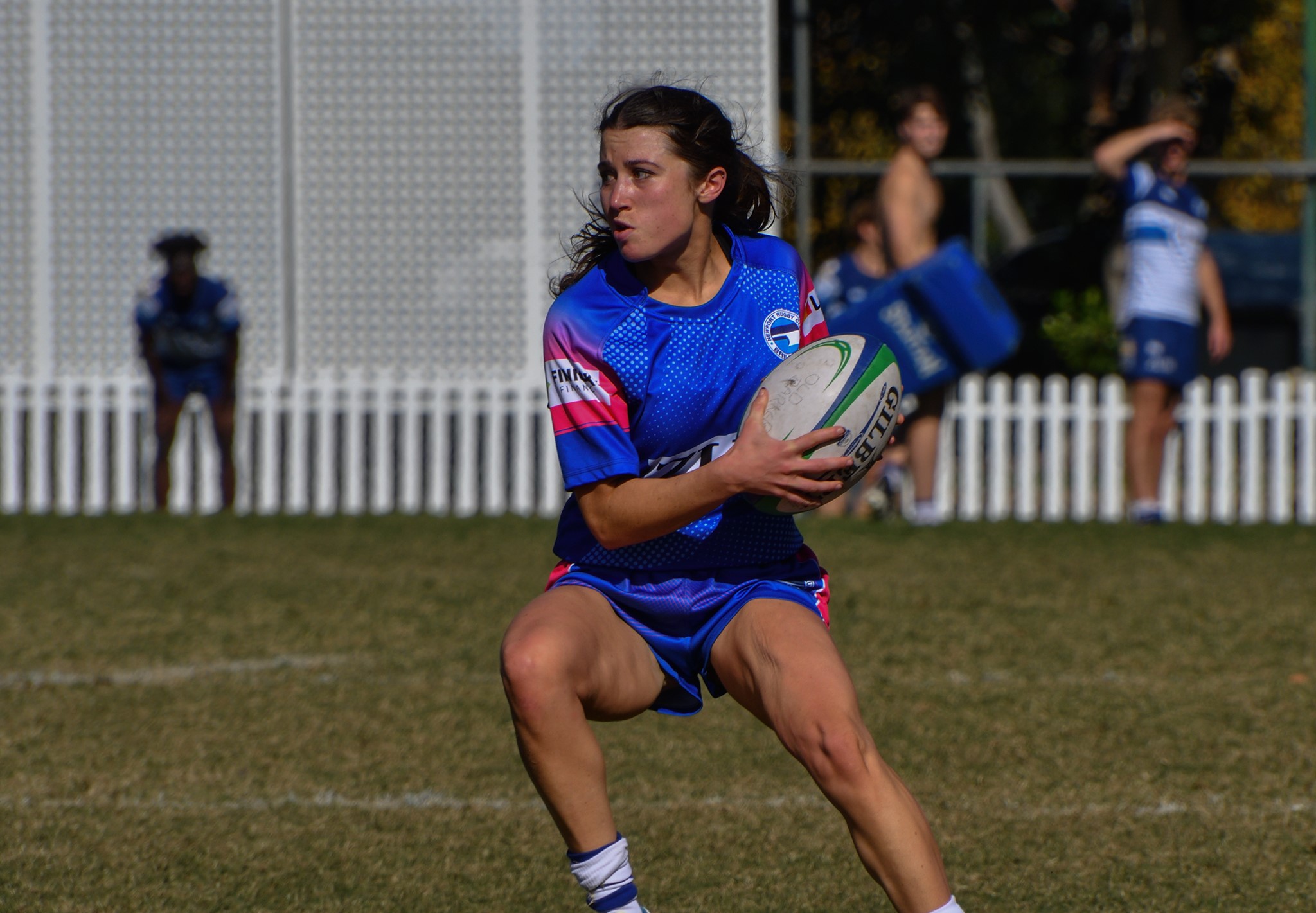 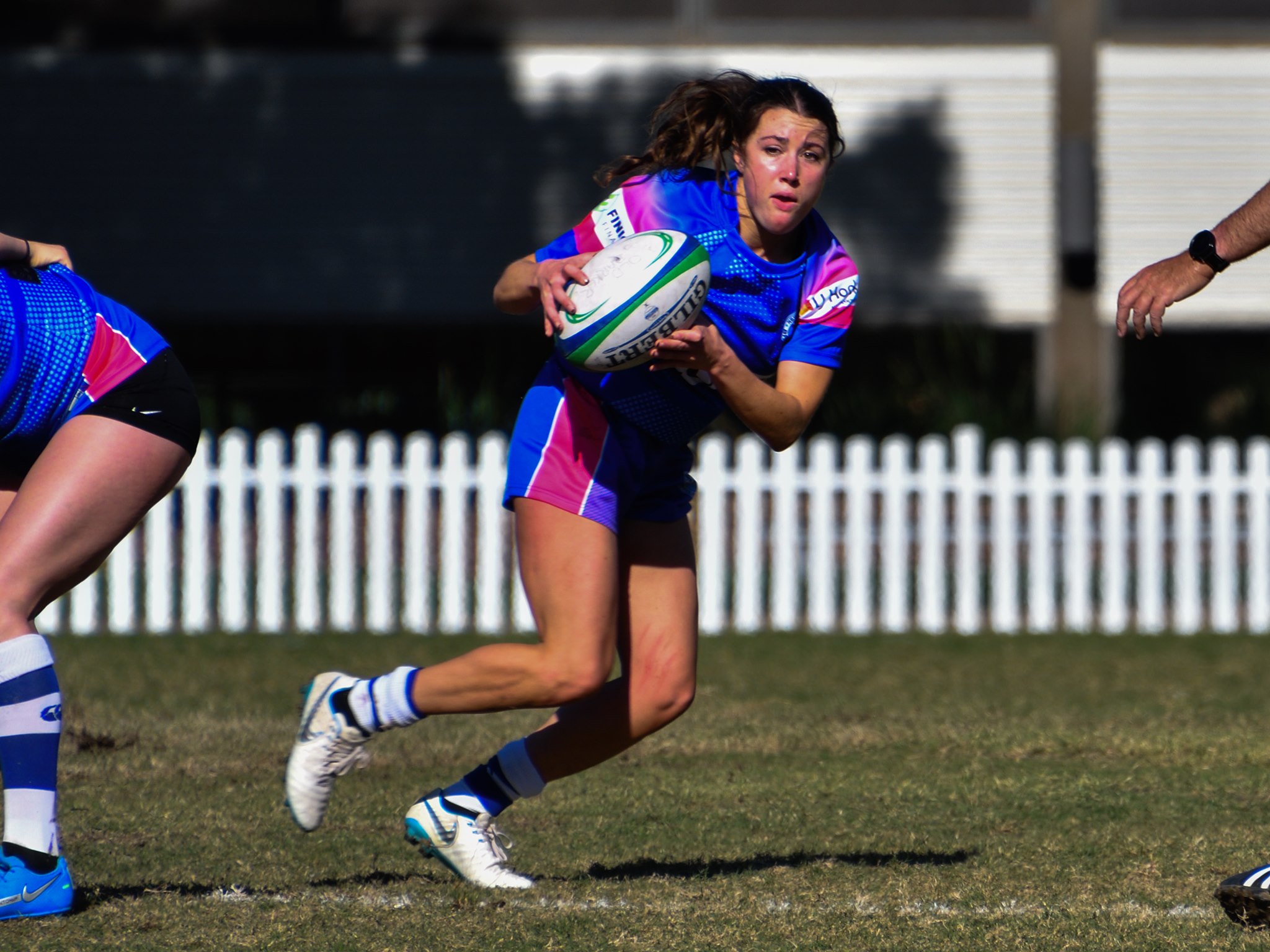 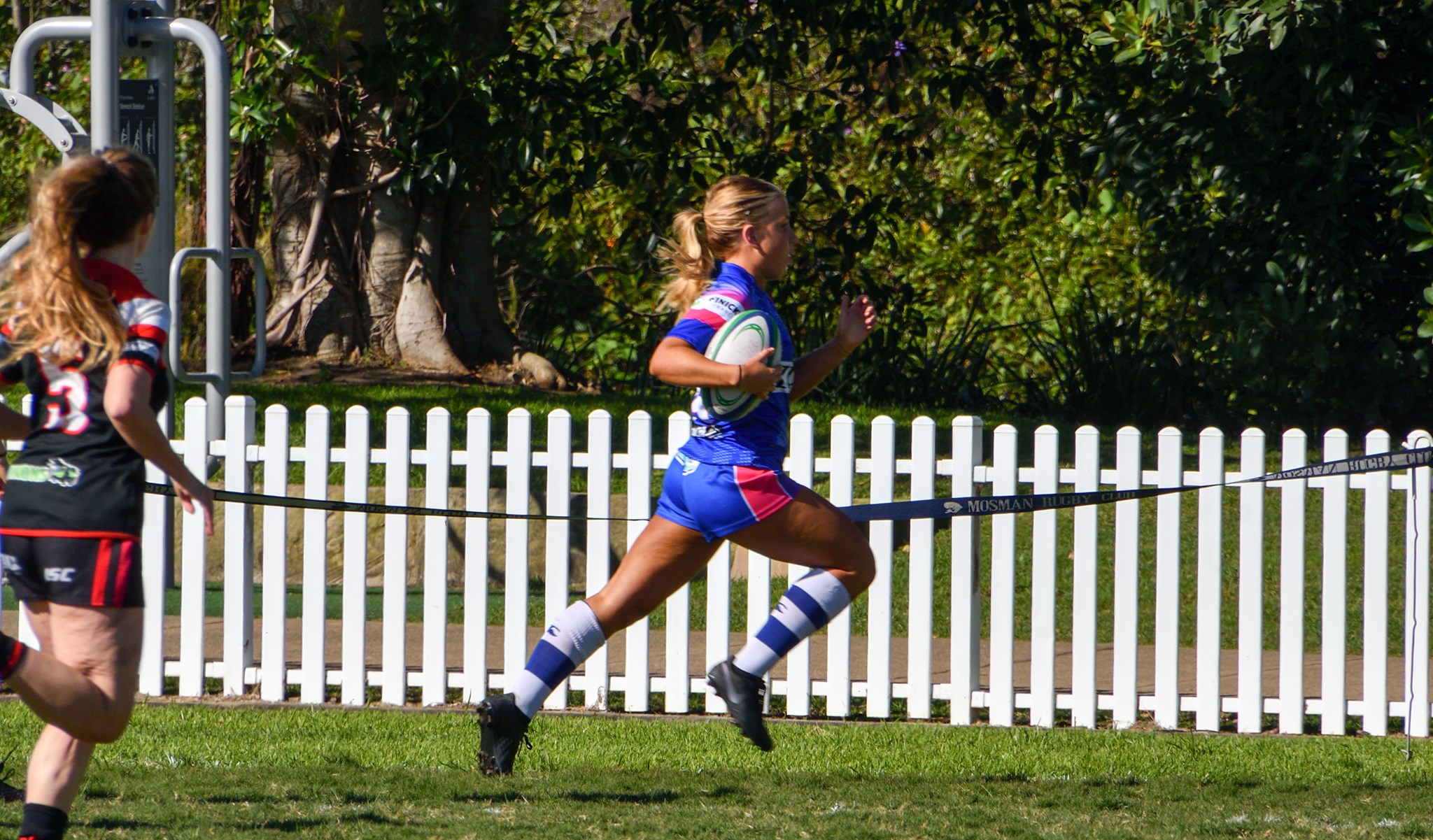 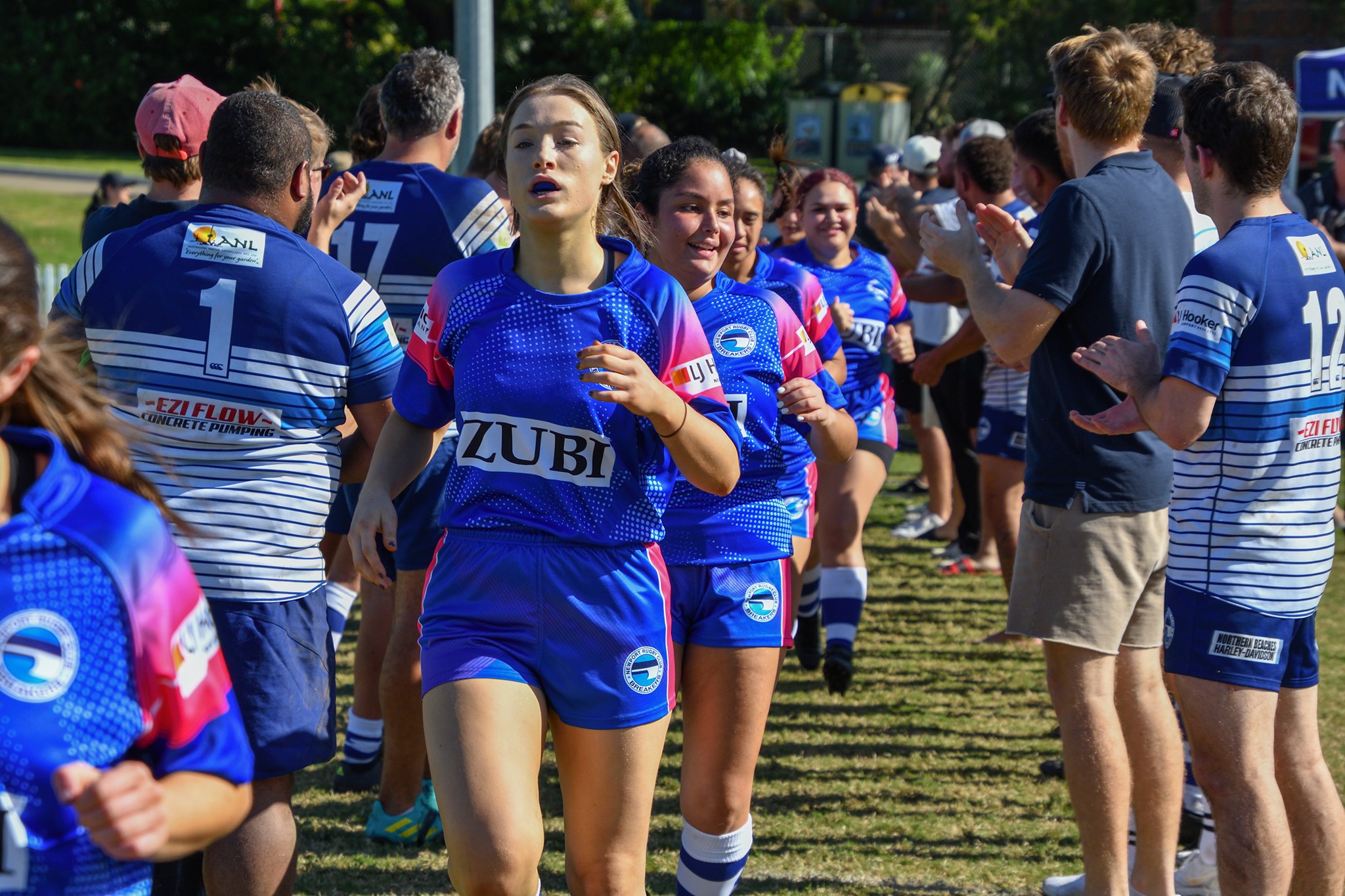 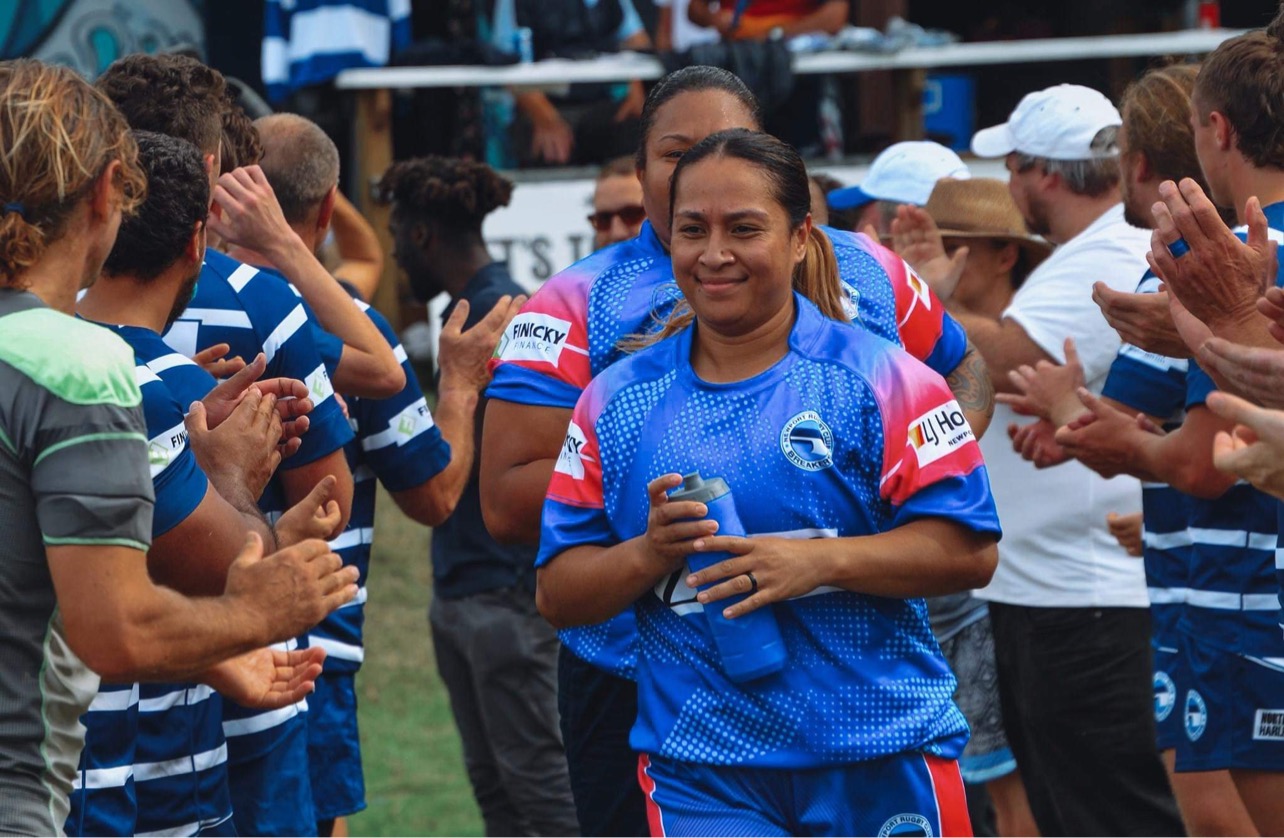 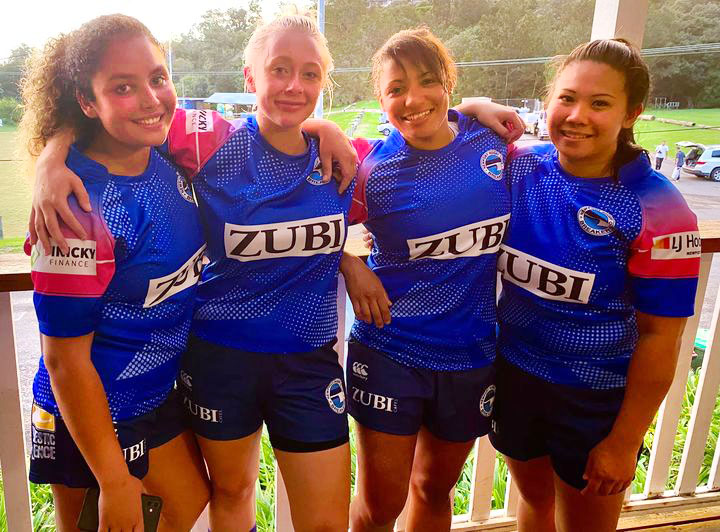