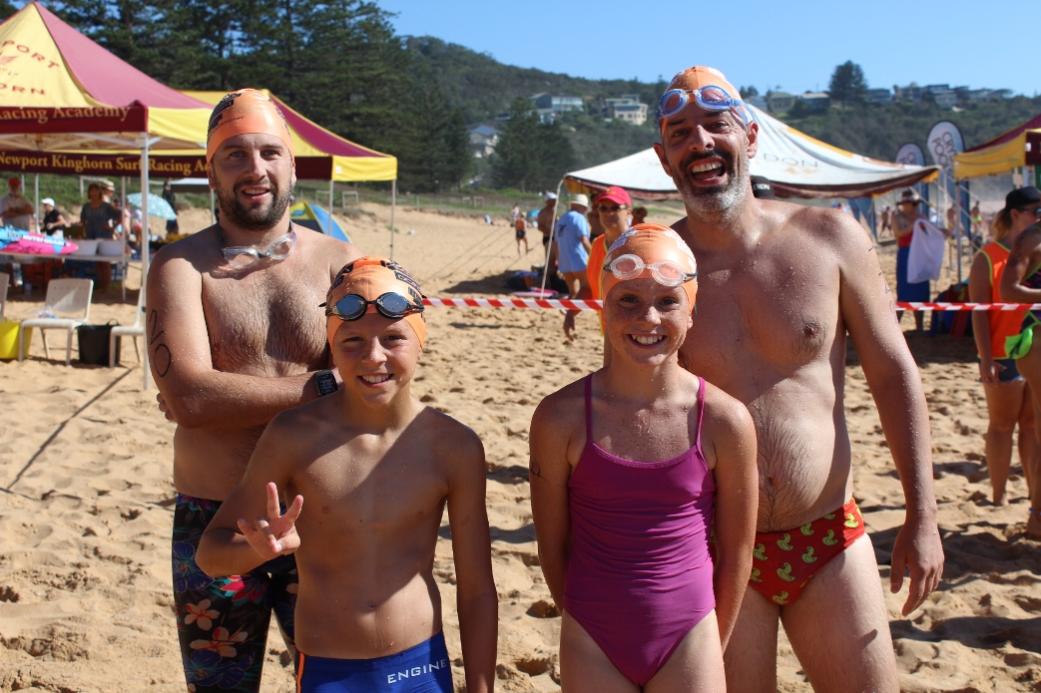 First four back to the beach in the new 400m Swim of the Newport Pool to Peak series of swims: Nick McCouat, Logan Bartlem (10-12 yrs.) Pascal Blanquer and Dominique Melbourn (10-12yrs.).
The second event in the Pittwater Swim Series of Ocean swims took place on Sunday January 7th
Newport SLSC Hosts an 800m event and the 2km event are a great chance to kick the new year’s resolution into gear, and hit the water.
This year there was also a 400m swim for the younger swimmers, with 10-14 year olds able to test their skills just like their parents in a circuit just off the shore. The 400m swim was started as the club had a lot of requests from younger swimmers to be able to participate in their annual Pool to Peak event so they introduced the new 400m swim this year. The 400m course is also ideal for older swimmers who would like to have a go at swimming in the ocean to develop their skills and stamina.
The new event for younger swimmers and people wishing an introduction to Ocean Swimmer attracted just under 60 swimmers. The club were very pleased with this response and should continue with the 400m so swimmers have stepping stones for event distances of 400m then 800m and finally the big one at 2km.
Gary Cook, one of the Pool to Peak Ocean Swim Committee members said, “We had a great event with over 750 entries, the largest ever, and all went extremely well except few a few Blue Bottles stings during the early part of the 2km swim.”
“ It was also great to see Rob Stokes MP a regular swimmer in our 800m event who swam a very creditable time for his age group.”
Rob is well known for his support of the Pittwater Swim Series and regularly takes place in the swims, commencing with Bilgola and is seen making it to Whale Beach in the annual Big Swim which takes participants from Palm Beach to Whale Beach.
Pittwater’s MP also sticks around for medal presentations, congratulating all those who do well or just finish – no easy feat in some of the longer ocean swims!
The Newport SLSC Pool to Peak event is put together under the Chairmanship of John Guthrie a long term member of the Club who was granted Life Membership at Newport’s last Annual General Meeting in 2017.
This great Club event also shows what Newport, and all of our surf life saving clubs are really about; all sections of a surf club pulling together to make the ocean swims a top fundraiser for the season. Funds raised are put towards purchasing equipment and training for members which adds to their capacity to save lives on the beach.
Clearly a win-win for all involved.
The Series continues this season at Mona Vale on the 21st of January. This is a challenging 2.2Kms. swim, starting at 10.00am, from Warriewood Beach around the point to Mona Vale, an enjoyable journey to the finish line at Bongin Bongin Beach.

It is known as the friendly, family swim. The club also has a 1.2kms swim starting at 9.00am at Mona Vale and finishing at Mona Vale Basin. Enjoy fruit on your return as well as a barbecue. There are prizes for placegetters and a mystery draw for all swimmers.

There is a free shuttle bus between Mona Vale and Warriewood with bag security.

The final Summer swim in the Pittwater Ocean Swim Series is the iconic Palm Beach to Whale Beach known as The Big Swim, run this season on January 28th, 2018. This was the pioneering ocean swim in the area starting way back in 1974 with just small group of swimmers trying out the challenge.

The URM Little BIG swim is another chance to try ocean swimming for the first time.

The Big Swim is the ultimate challenge that ocean swimmers rejoice in completing. You can see the look of satisfaction on their faces as they run up the beach to the finish line. Free transport from parking areas at Careel Bay soccer fields, is available.

Due to the predicted strong winds and high seas, Avalon have unfortunately had to postpone ALL ocean swim events today, Sunday 14th Jan.  The new date for all Avalon Beach SLSC swims including the AROUND THE BENDS swim is set for Sunday APRIL 8th. 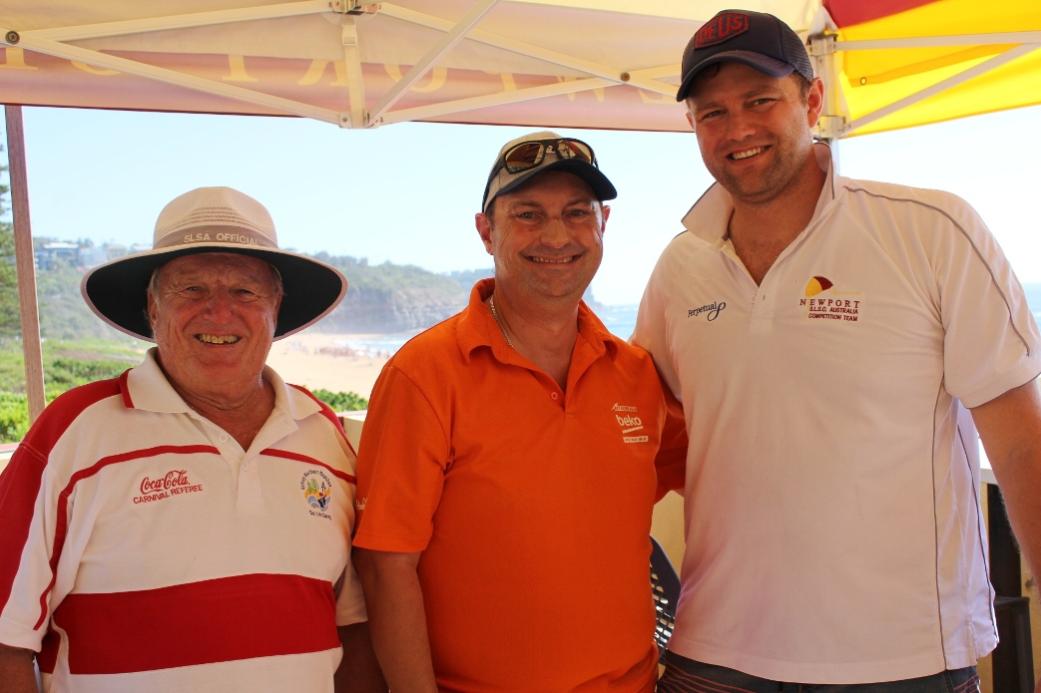 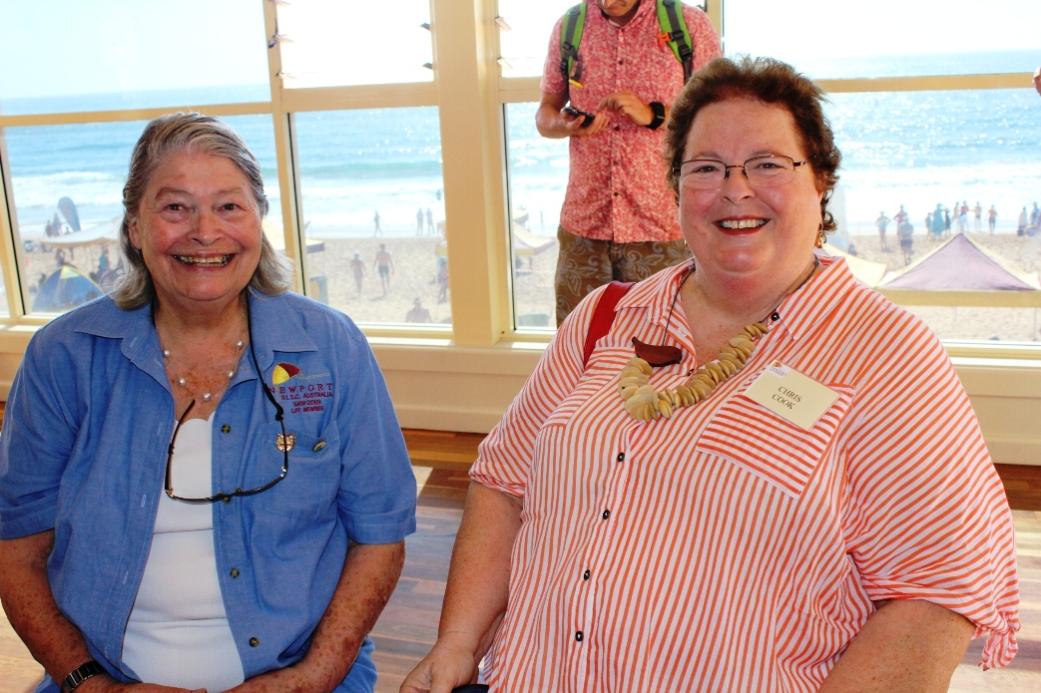 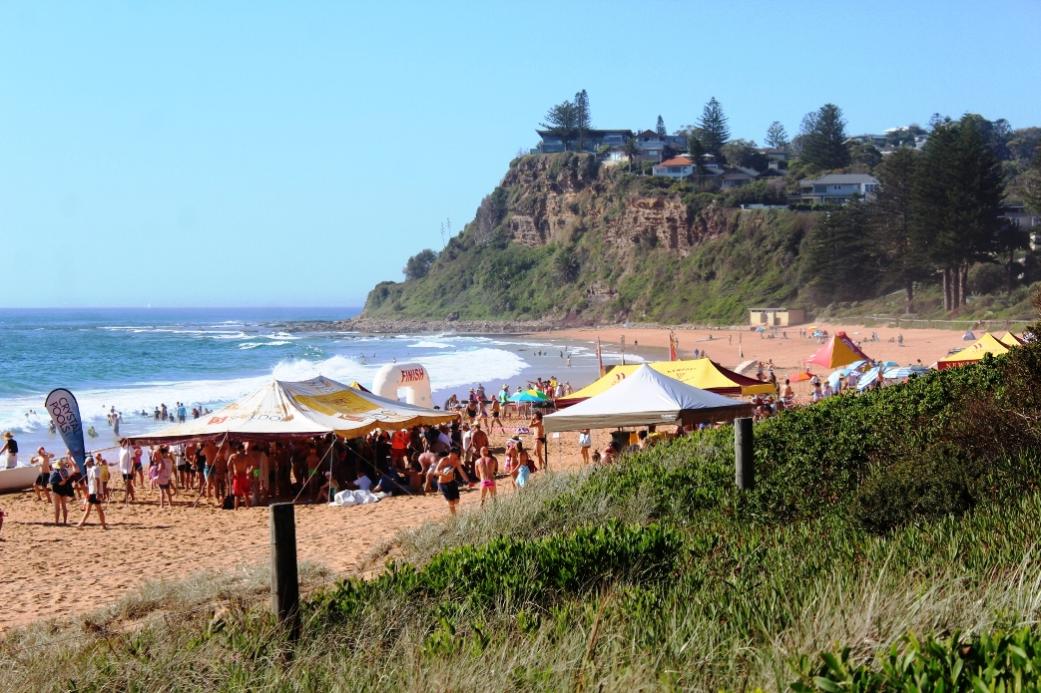 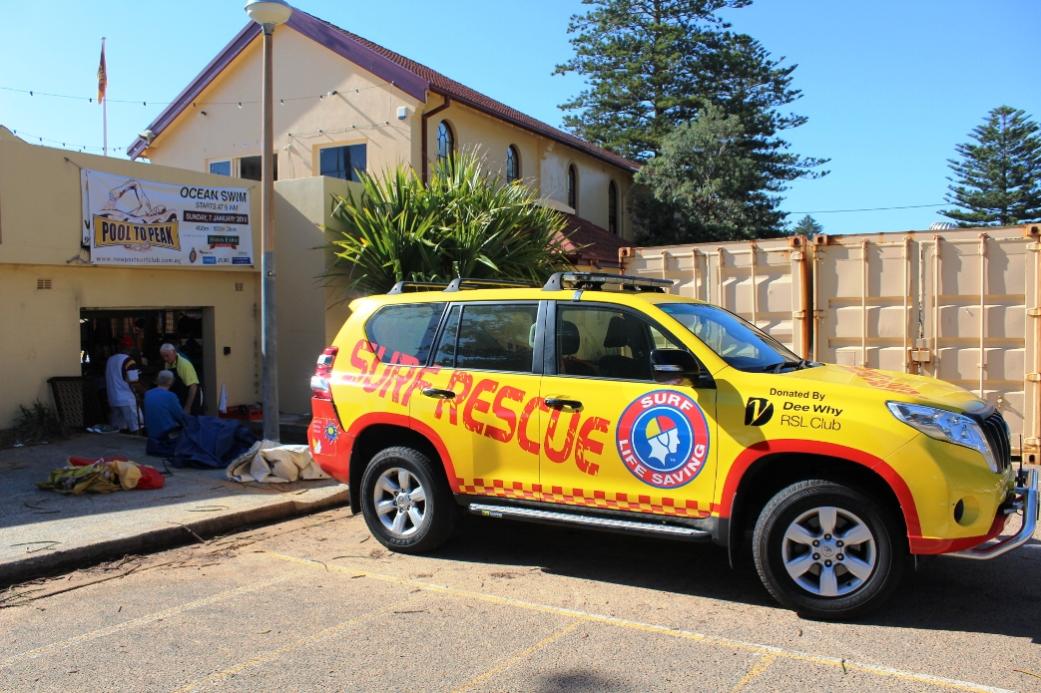 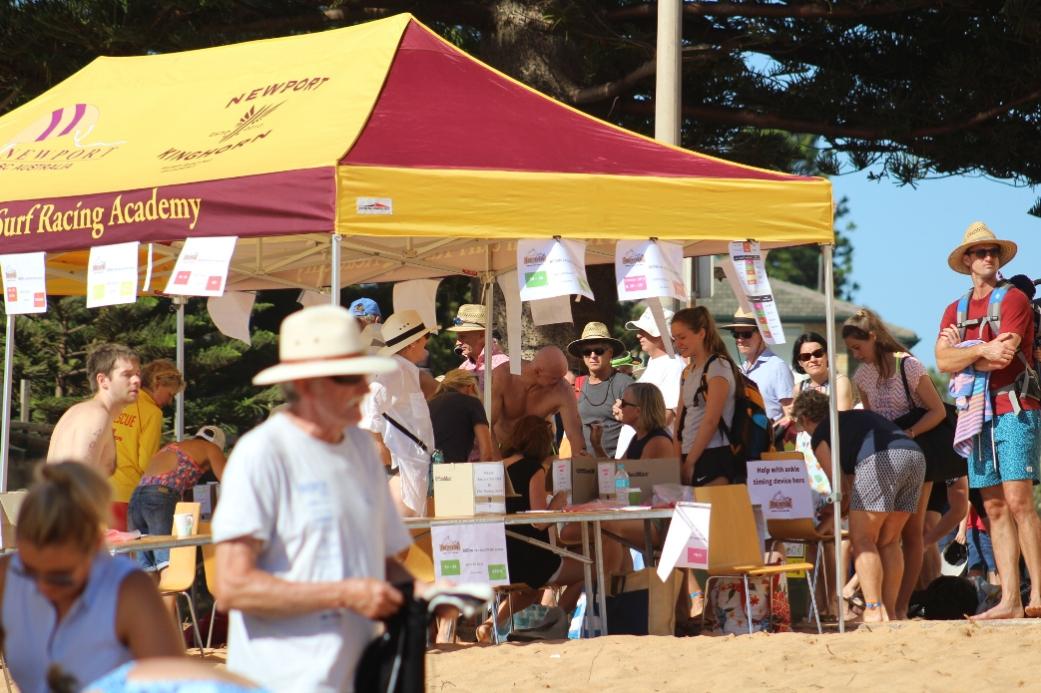 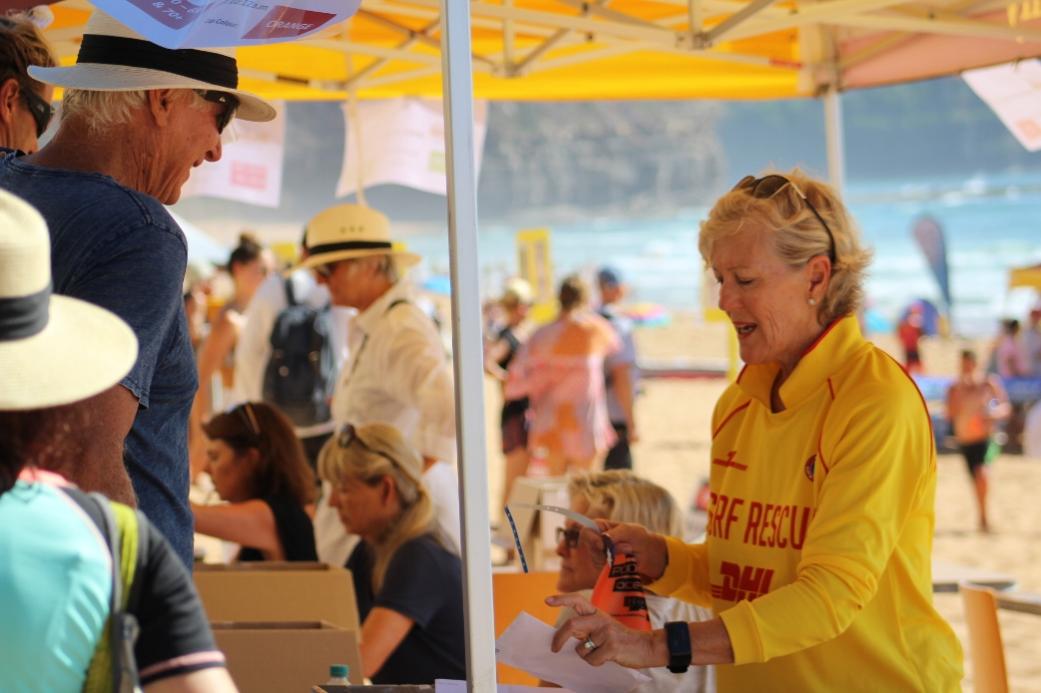 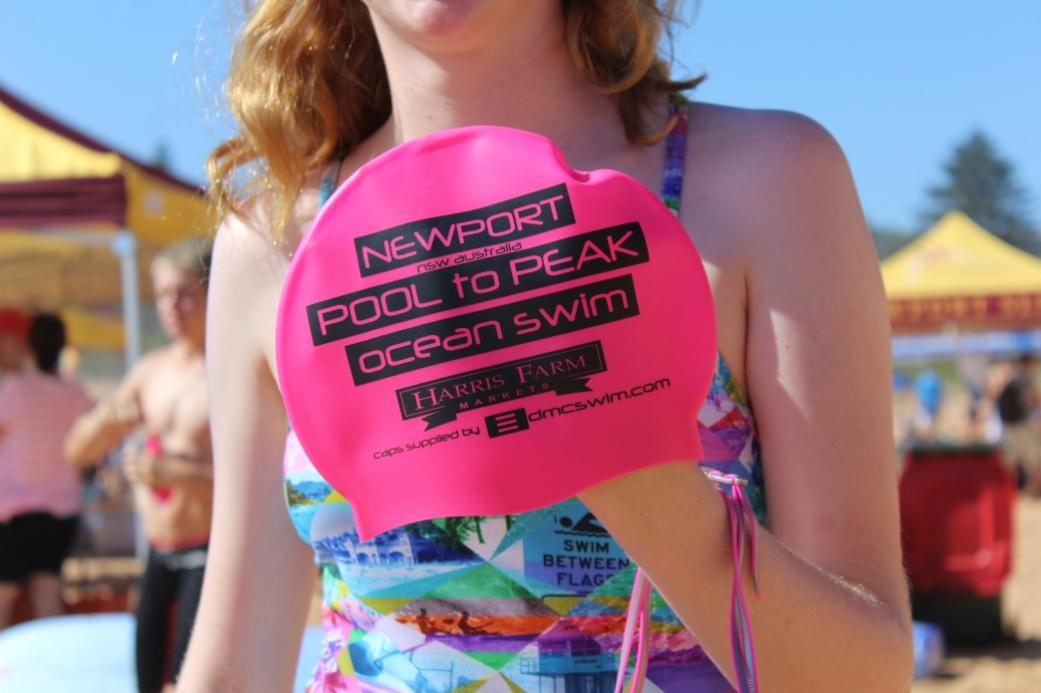 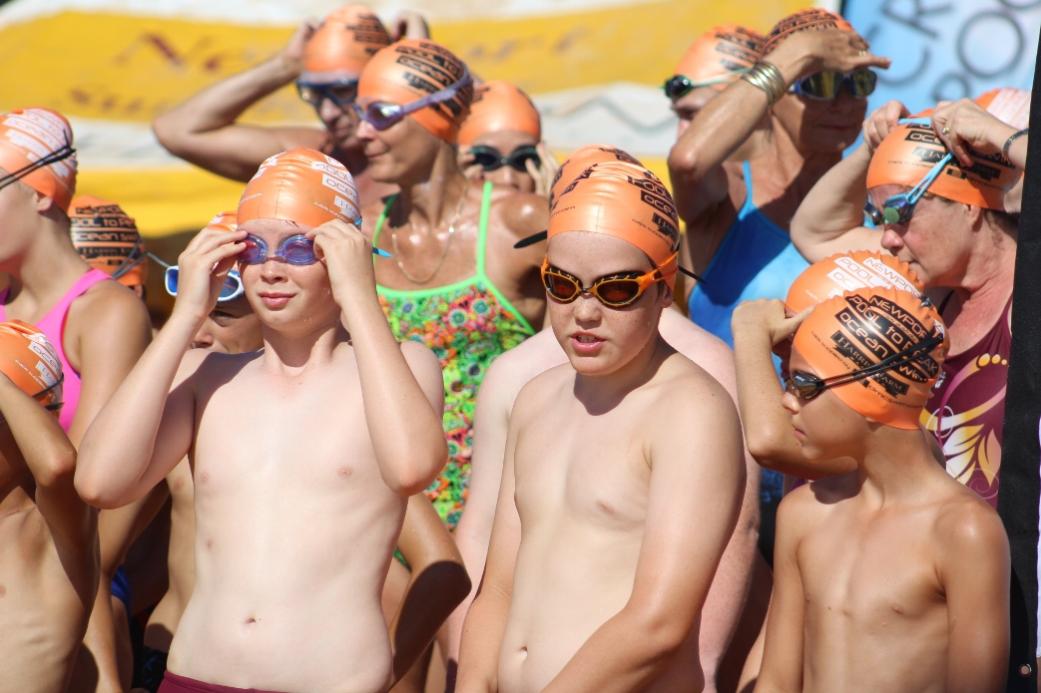 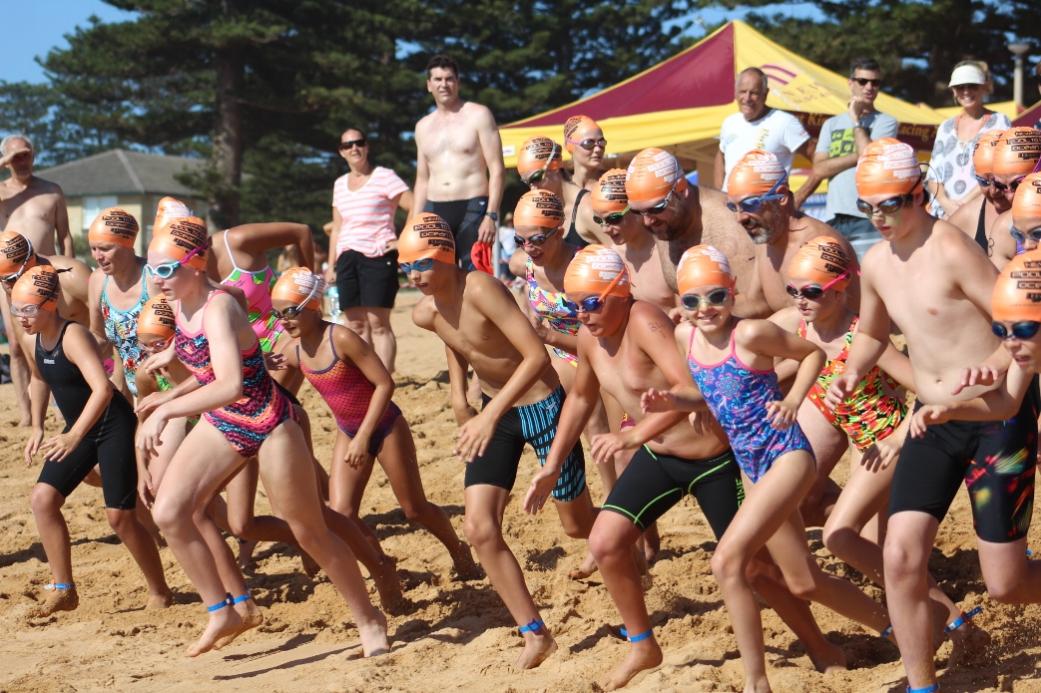 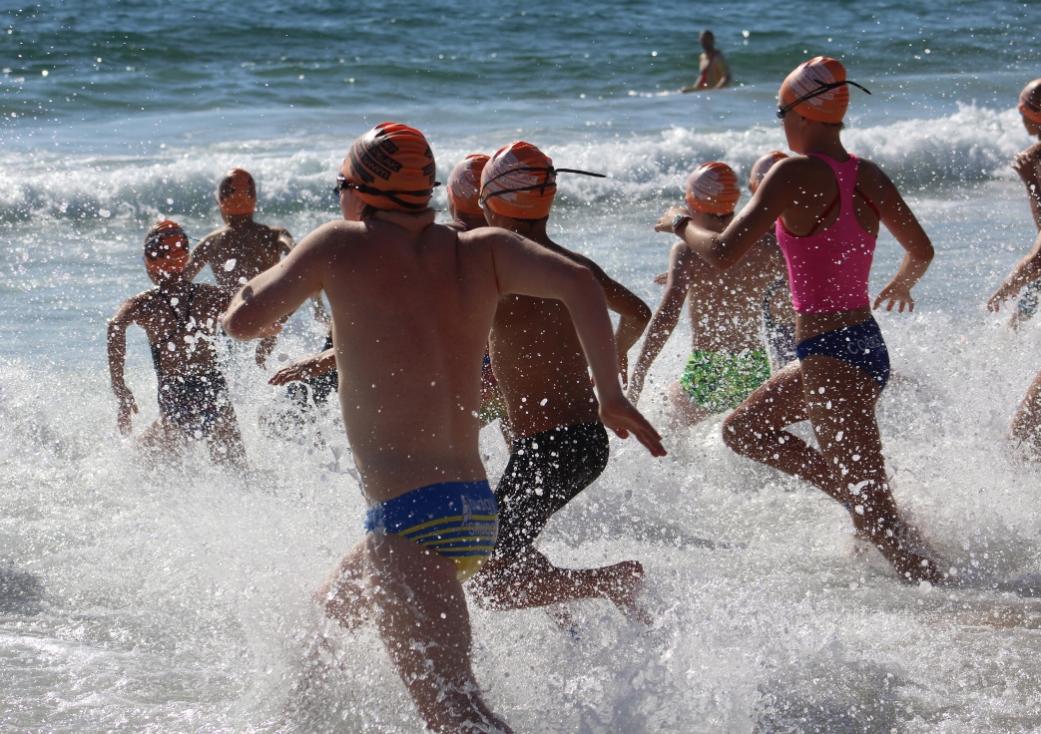 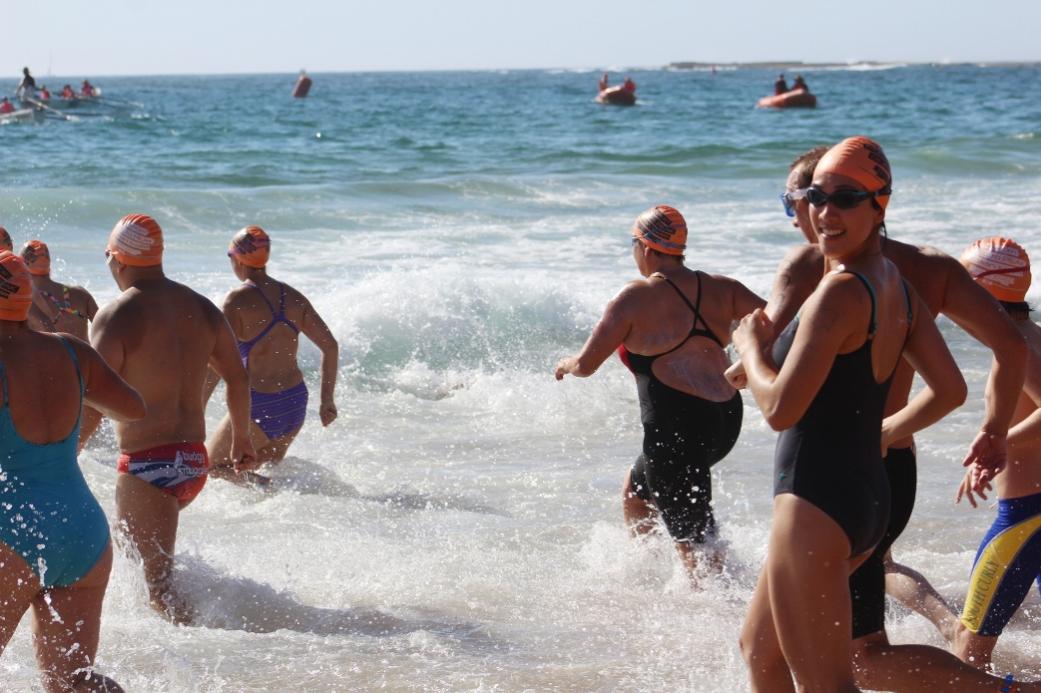 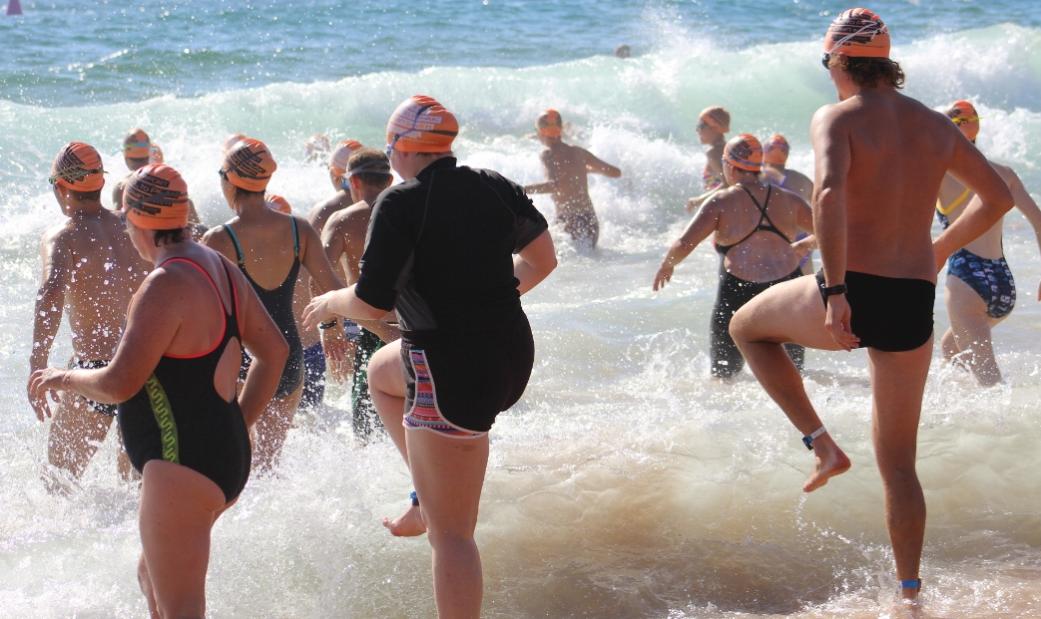 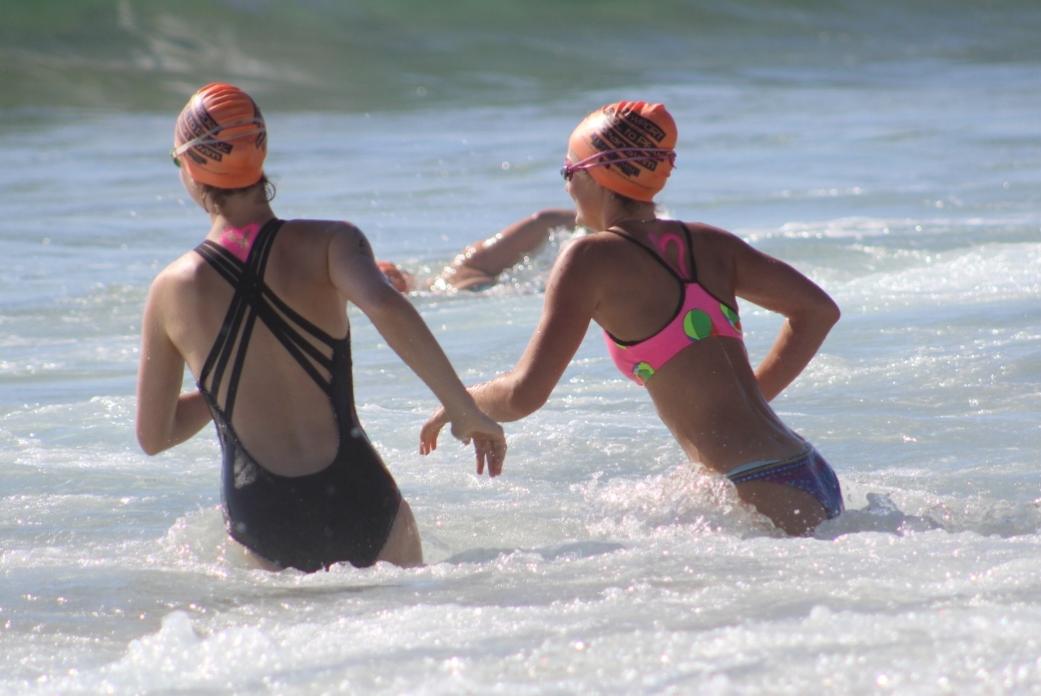 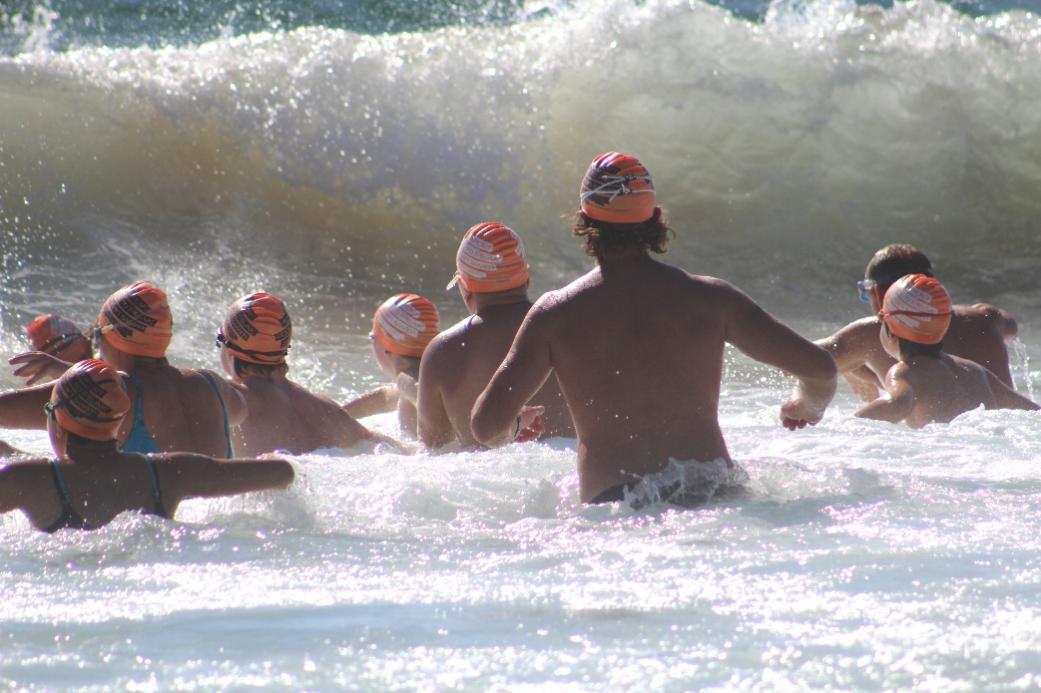 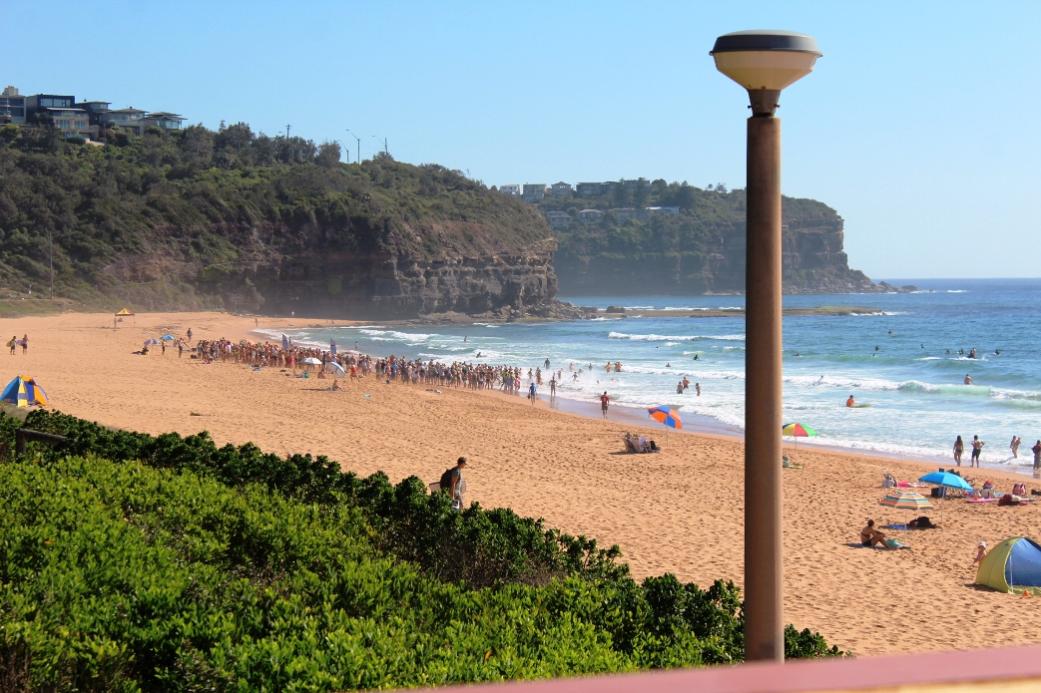 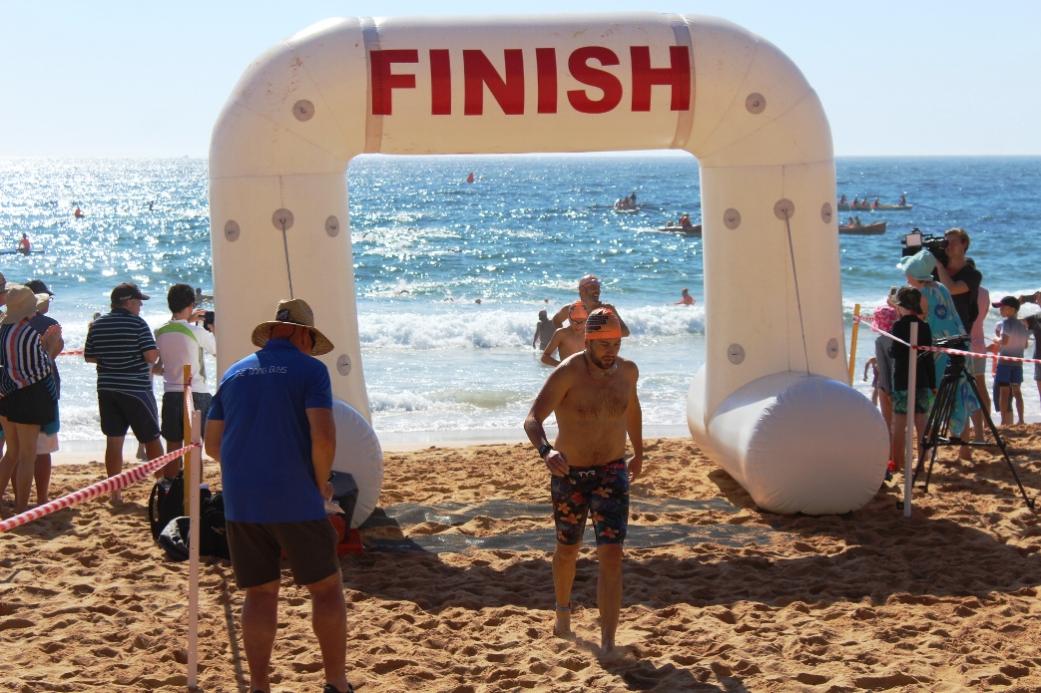