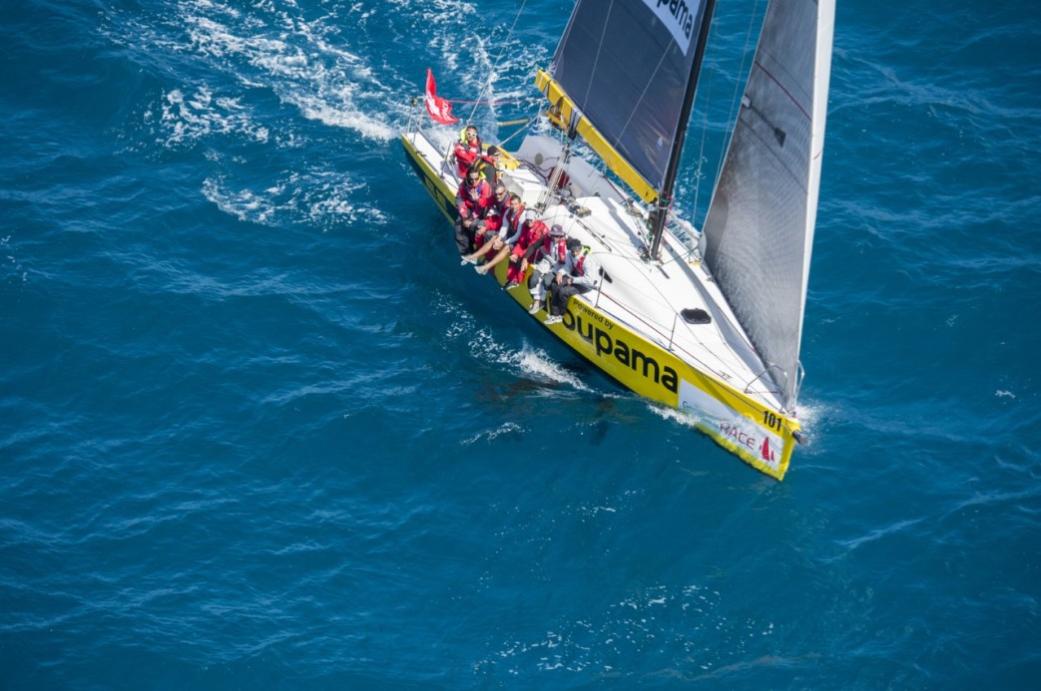 Four feeder races making up Sail Noumea 2018 and a change of date for the start of the 654 nautical mile Groupama Race around the island of New Caledonia mark an exciting new chapter for the beautiful French Pacific Island sailing event which starts in just under one year.
Sail Noumea organiser, Cercle Nautique Calédonien Yacht Club, is excited to announce its role as finish partner and host for four independant ocean races leaving Sydney Harbour, Auckland, Melbourne and Brisbane between late May and early June 2018. CNC will finish those fleets and host their respective prize-givings then start the biennial Groupama Race on June 17 for local boats and those Kiwi and Aussie sailors staying on for the next ocean challenge.
Commodore of the CNC Yacht Club, Philippe Mazard, said, “We are proud to welcome all the New Zealand and Australian boats racing for Sail Noumea 2018. The CNC Yacht Club will do its best to warmly host crews and deliver all the amenities and facilities for boats arriving and preparing for the sixth edition of our Groupama Race. We encourage sailors to come and race the New Caledonia Groupama Race, 654 nautical miles around the biggest lagoon in the world.”
Nineteen crews took on the Groupama adventure in 2016 and record times were set in both the monohull and multihull class. In 2018 the organising club is hoping for greater numbers with four separate international fleets arriving and the start moved from September to June to take advantage of the additional numbers.
Groupama Race 2016- photo by Bryan Gauvan
Matt Allen, president of the national body Australian Sailing, is confident he’ll be there either with his Carkeek 60 Ichi Ban or new Botin 52, also called Ichi Ban, currently being built in France and due to be launched in September.
“We really enjoyed last year’s Groupama Race; it’s quite a tactical course in beautiful sailing conditions and with stunning scenery sailing around the islands,” Allen said. “The hospitality in Noumea was terrific; we had an amazing dedicated boat liaison assigned to us and were looked after incredibly well. I think there’s good demand from Australian boats for this type of event given there are very few longer fully crewed races in the Southern Hemisphere following the demise of some of our longstanding Category 1 events,” Allen added.
On Ichi Ban’s likely calendar for the winter period he said: “Our plan is to enter the Groupama then head back to Sydney for the Sydney Gold Coast race and deliver the boat on to Queensland for Airlie Beach Race Week, or maybe head straight to Airlie from Noumea, depending on the timing and logistics. It will be great to have so many extra boats in the Groupama Race as a result of the feeder races.”
Open to monohulls and multihulls greater than 8.5m, the Groupama Race starts from Nouméa and takes the fleet around New Caledonia counter clockwise alongside reefs and inside the turquoise lagoon which is on the UNESCO World Heritage list. Warm waters and tradewinds are key selling points for the giant windward/leeward course of 654nms.
Four different yacht clubs are now working collaboratively with the CNC to organise and register interest for their major ocean races to Noumea.
New Zealand’s Royal Akarana Yacht Club is taking expressions of interest and plan to start their 960 nautical mile Auckland Noumea Yacht Race 2018 on Thursday May 31 and Saturday June 2, 2018, the fleet split based on a handicap breakdown.
To be organised and conducted by the Cruising Yacht Club of Australia, the 1064 nautical mile Sydney Noumea Yacht Race is due to start from Sydney Harbour on Saturday 2 June, 2018.
The 820nm biennial Brisbane to Noumea 2018 is the signature ocean yachting event for the Royal Queensland Yacht Squadron. Division 2 begins their quest on Friday June 1 and Division 1 and multihulls on Saturday June 2, 2018.
The inaugural Melbourne Noumea Yacht Race organised by the Ocean Racing Club of Victoria is due to start Sunday May 27 and the club is taking expressions of interest.
Download the "Notice of race" and "Expression of interest form" PDF
By Lisa Ratcliff/OCC
Groupama Race fast facts:
Race start: Sunday June 17, 2018
Organising club: Cercle Nautique Calédonien
Entries close:  April 17, 2018
Distance: 654 nautical miles
Race records
Multihull:  Team Vodafone, 2 days 00h 33min 12s (2016)
Monohull: Scallywag, 2 days 13h 19min 55s (2016) 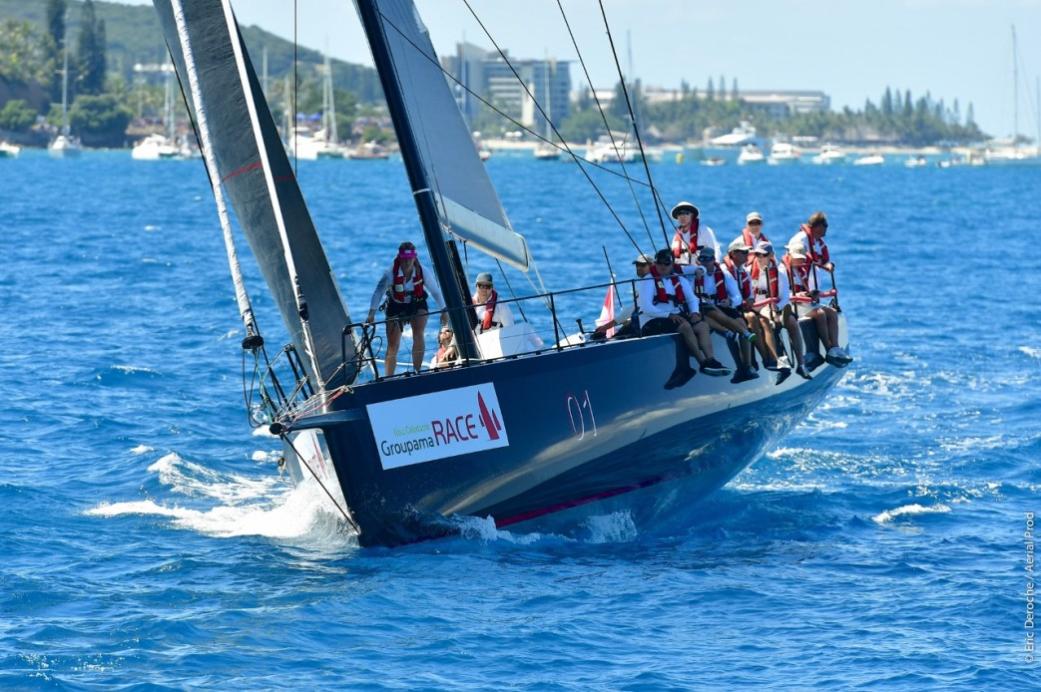