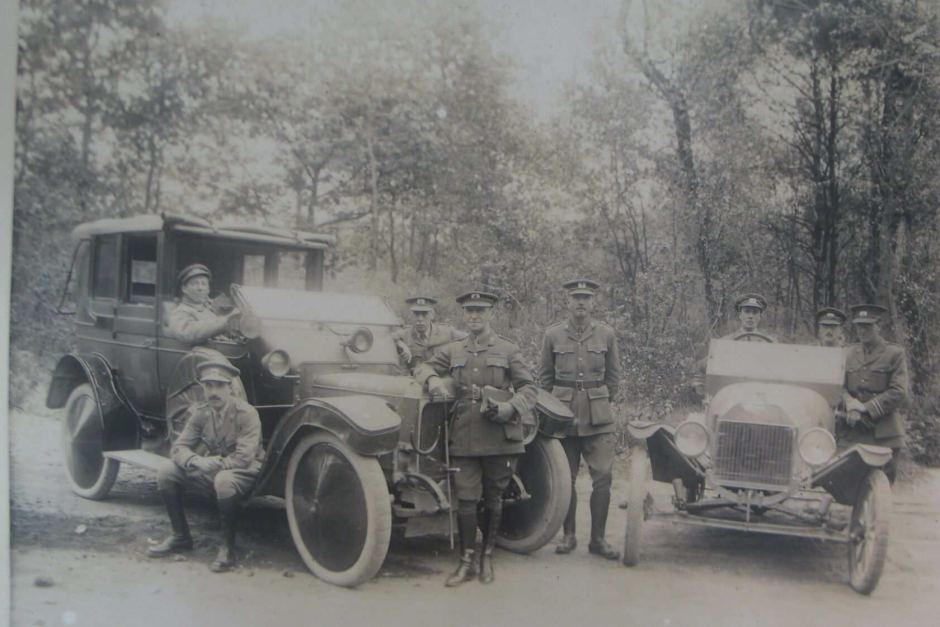 A team of World War I 'searchers' was tasked with investigating what happened to missing soldiers. Supplied: The Missing

The unprecedented death toll of the First World War generated a mass of grief.

Particularly heartbreaking was the vast number of dead who were “missing” – their bodies never found.

“If still today we don’t have a third of those who are lost in that war,” says Dr Bart Ziino, historian of war and grief at Deakin University, “then try to imagine that after 1918 when those numbers were even higher.”

In 1915 the newly formed Australian Red Cross Society set up a volunteer network of Information Bureaus to help families of the missing discover what had happened to their loved ones.

“You’re talking of hundreds, hundreds of Australians volunteering their time for the duration of the war,” says Professor Melanie Oppenheimer, Chair of History at Flinders University and historian of the Australian Red Cross Society.

Then, for three years after the war ended, 1100 volunteer ex-servicemen and new recruits laboured on the now-silent battlefields consolidating burial sites into newly created cemeteries and locating missing bodies where they could.

“Their role was to identify and exhume dead soldiers and then to rebury them, and photograph the place where the cross was marked for each soldier,” explains Associate Professor Fred Cahir, historian at Federation University, whose grandfather Frank volunteered for Graves Detachment work after surviving Gallipoli and the Western Front.

It was “a very grizzly job”, says Associate Professor Cahir.

“They were working for the bereaved at home,” says Dr Ziino.

Skillfully crafted and edited by director Jary Nemo, the eleven-minute film is a moving and visually rich reflection on war, grief, commitment and loss, a fitting vehicle to commemorate the centenary of the Great War’s aftermath.

“I wanted to create something which feels cinematic and modern but connects you to what it might have felt like at the time,” says Mr Nemo.

A digital gallery, book and education resource kit are in production and are due to be released in early 2020.

‘The Missing’ can be freely viewed online at: windsky.com.au/the-missing/

‘Ordinary People in Extraordinary Circumstances’ is supported by the Victorian Government through the Victoria Remembers Major Grants Program.

“I am proud to be able to continue the Victorian Government’s track record of supporting communities that are working hard to maintain our proud war heritage and pass it on to future generations,” says Hon Robin Scott MP, the Victorian Minister for Veterans.