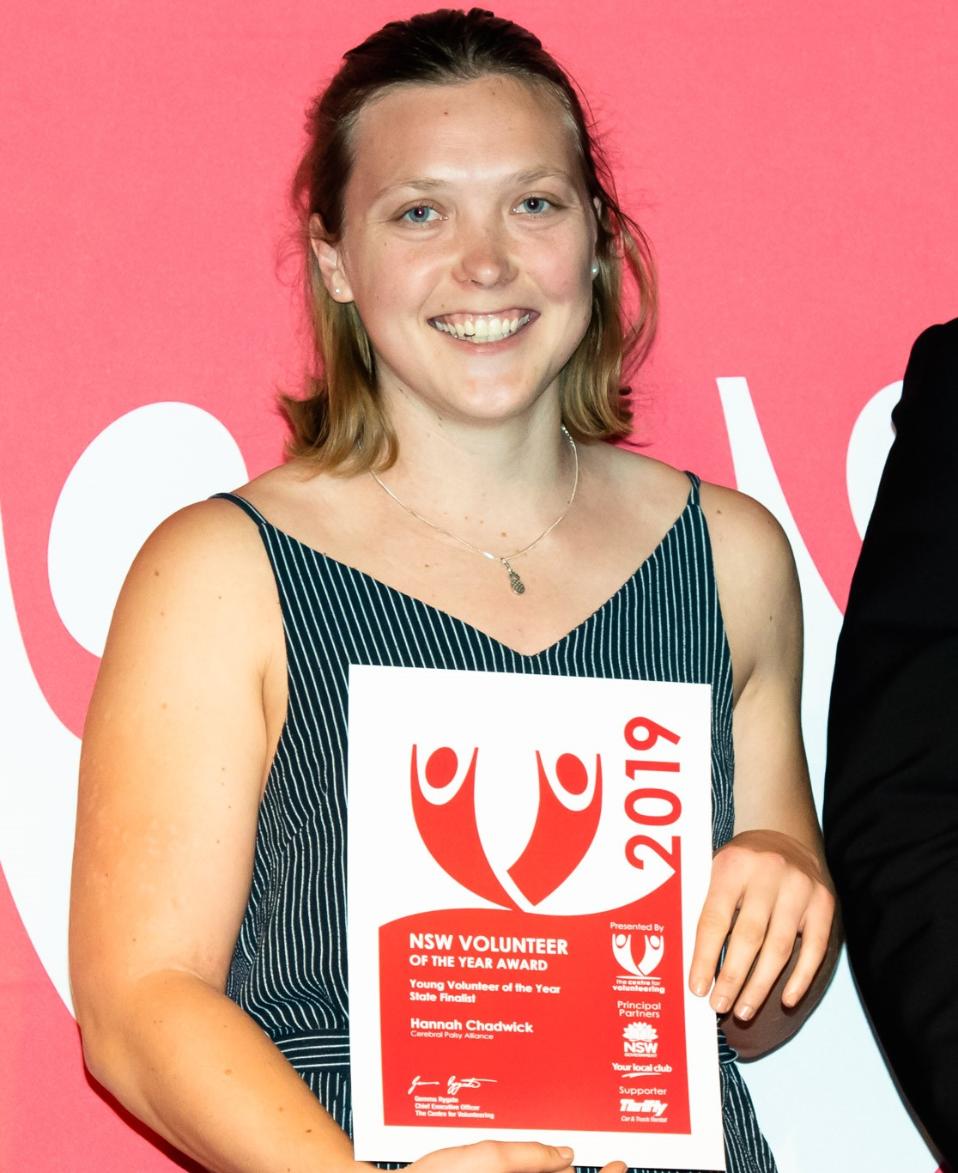 Avalon's Hannah Chadwick was a Finalist in this years Volunteer of the Year Awards - photo by Michael Mannington, Community Photography

The announcement was made today in front of more than 250 community, business and political leaders and marks the end of a state-wide, seven month search spanning more than 120,000 individual nominations across 21 separate regional and urban centres.

Volunteers from Western Sydney also took out awards across the other major individual and team categories, while volunteers working for Qantas, Bloomberg and the Asylum Seekers Centre received the top gongs in the Corporate Volunteering and Volunteer Management award sections.

The 2019 NSW Volunteer of the Year Award recipients are:

The Awards are in their 13th year and are an annual program run by The Centre for Volunteering to recognise the outstanding work of volunteers across NSW. They have grown to become one of the largest celebrations of volunteering across the country.

The Centre for Volunteering CEO Gemma Rygate said the Awards helped uncover so many incredible stories of community achievement and goodwill across every corner of the state.

“We hold these Awards to recognise the special effort made by people who choose to go above and beyond to help others and their local community,” Ms Rygate said.

“They also highlight the contribution of all our volunteers and the organisations they represent. The Awards give us the opportunity to hear their stories, be inspired by their actions and pass on our thanks.

“There is no better job, than being able to meet these special volunteers and celebrate their contribution.”

The 2019 NSW Volunteer of the Year Awards are supported by principal partners the NSW Department of Communities and Justice and ClubsNSW, which represents the state’s 1,400 not-for-profit clubs. They are also supported by Mint Awards and Thrifty Car & Truck Rentals.

NSW Minister for Families, Communities and Disability Services Gareth Ward said the NSW Volunteer of the Year Awards were an important way to recognise the contribution of the 2.1 million volunteers working throughout NSW.

“Each and every one of today’s award recipients epitomise service above self,” Mr Ward said.

“Across the state, valuable volunteers are helping create stronger communities by generously dedicating countless hours to causes close to their heart.

“We can all learn a lot from hearing your stories and I congratulate all of you on your outstanding community service.”

ClubsNSW CEO Anthony Ball said that volunteers were the backbone of registered clubs.

“On behalf of an industry which relies upon 32,000 volunteers, I congratulate all of these deserving winners,” said Mr Ball.

“ClubsNSW is proud to be a principal partner of these awards, which recognise the huge contribution that volunteers make across the state.

“Clubs rely on volunteers to help make their venues a great place to socialise, which in turn adds billions of dollars to the NSW economy every year.”

Find out more at: volunteering.com.au