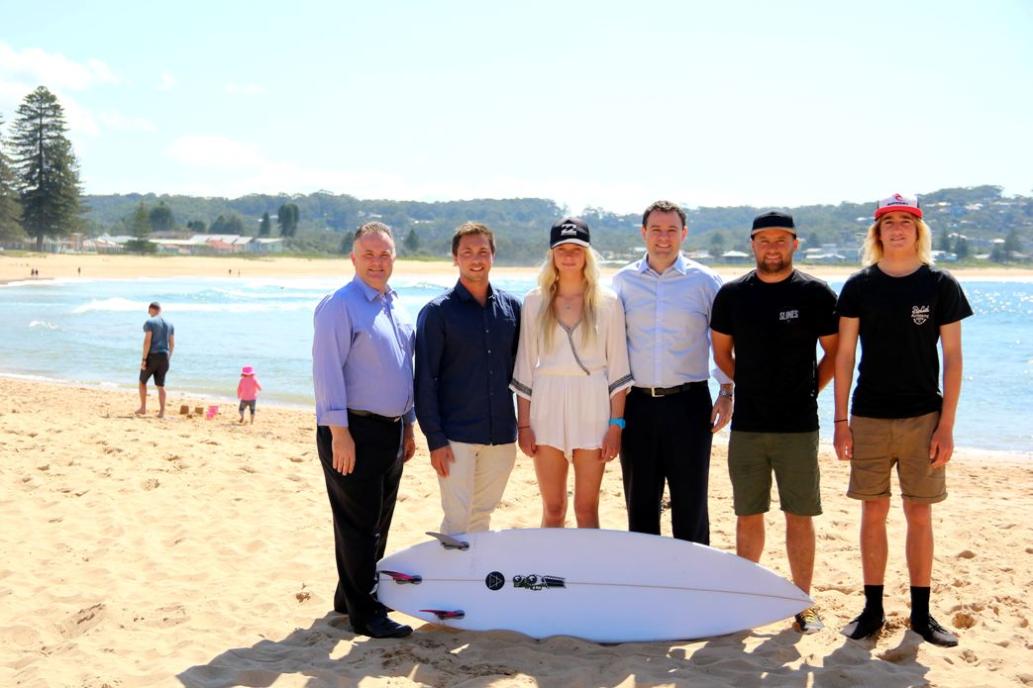 Promising professional surfers from all over the world can once again look forward to four World Surf League (WSL) Qualifying Series (QS) events in New South Wales when the NSW Pro Surf Series kicks off its sophomore year in early 2017.

Once again Surfing NSW has joined forces with The NSW Government, through its tourism and major events agency Destination NSW, World Surf League and NBN to bring four QS1,000 rated events back to Maroubra Beach, Cabarita, Avoca and Boomerang Beach.

Surfing NSW CEO Luke Madden said the NSW Pro Surf Series eclipsed all expectations in 2016 and looks to raise the benchmark again when the second year of the series gets underway in January 2017.

“The 2016 series exceeded all of our calculations, with over 20 countries being represented and over 500 male and female surfers competing across the four events. As a result of this, Surfing NSW is proud to announce that each of the events on the 2017 NSW Pro Surf Series will be extended by a day to cater for the increased demand. In addition to this, each event will be webcast through worldsurfleague.com over the final two days of each event.”

Minister for Trade, Tourism and Major Events and Minister for Sport, Stuart Ayres said the four events would again generate worldwide exposure for the State and attract thousands of visitors to the NSW coastline over the duration of the series.

"The NSW Pro Surf Series is coming back in 2017, and it’s great news for regional economies across the State. The 2017 Series will contribute over $1.8 million to the NSW economy in visitor spend, attracting 1,000 overnight visitors to the four event locations. I look forward to seeing our beaches packed with competitors and spectators next summer.”

WSL Australian Regional Manager Will Hayden-Smith said the inaugural series laid the foundations for potential 2017 Championship Tour (CT) qualifiers to get their campaigns off to a flying start and believes the second year will follow a similar trajectory.

“The 2016 NSW Pro Surf Series gave countless QS competitors the momentum required to carry them into the QS6,000 and QS10,000 rated events in 2016. Surfers like Connor O’Leary and Ethan Ewing put on stellar performances over the NSW Pro Surf Series this year and have worked their way up to some excellent results in higher rated events and are now in the box seat to potentially qualify for the 2017 CT. We expect the same caliber of surfing when the second year of the series gets underway in Maroubra in January.”

Mr Crouch said the event, which forms part of the NSW Pro Surf Series, promises to provide a major boost to the local visitor economy.

“The Central Coast Pro is an official World Surf League Qualifying Series event, and will showcase our spectacular region and coastline to surfers and fans from around Australia and the world.”

The NSW Pro Surf Series was developed for Australian and International surfers to gain ranking points and prize money on the WSL Qualifying Series. The Series also creates a NSW coastal road trip for all to explore the variety of waves, visit local communities and enjoy NSW surfing culture.

More information on accommodation and the event series will be housed at nswprosurfseries.com in the forthcoming weeks.