Surfboat crews from NSW clubs have proven again that they have what it takes to be the best after taking out the Interstate Surfboat Championship at Elouera SLSC on 16 February.

The dominant North Cronulla SLSC fielded three of the selected crews, with the remainder of the representative team hailing from Bulli, Palm Beach, Avalon Beach, Newport and Queenscliff.

Conditions were challenging and it came down to the wire with NSW and Queensland locked on equal points after a comprehensive win in the Relay final saw NSW claw its way back into contention. A countback decided the title in the end and the jubilant Blues crews congratulated the other states on a fiercely fought battle in testing surf and strong winds.

Robert Emerson, with his crew, the Neport SLSC Sea Cucumbers, selected as the male reserve crew for NSW, who won their race - photo courtesy Julie Hegarty

The following day in the battle of the ditch against the Kiwis, the Aussies were victorious for the sixth consecutive year in the Trans Tasman Surfboat Challenge. With all four of the Australian representative crews hailing from NSW clubs, the depth of talent among our rowers and boat sweeps was highlighted to great effect. The Australian Team comprised Open Men and Women from Sth Curl Curl and Elouera and U23 Development crews from Nth Cronulla and Avalon Beach. 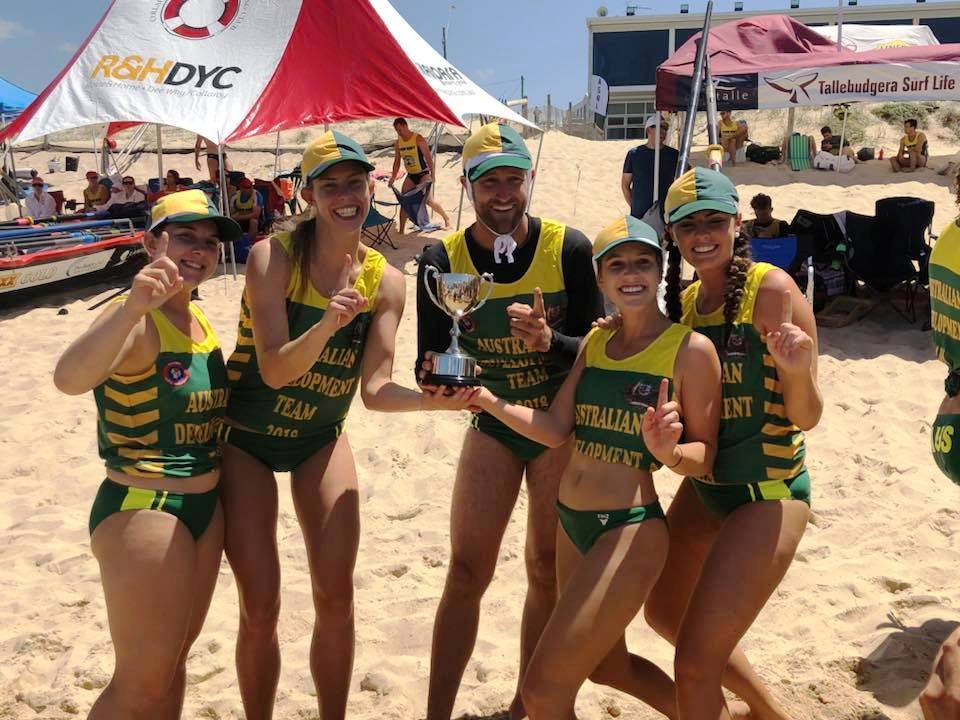 “What an amazing couple of days it’s been with NSW continuing their success of recent years,” said Greg Heard.

“The way both teams worked together and supported each other in the weeks leading up to the event and on race day is a credit to each of the crews involved. Congratulations and thanks to all the rowers and their sweeps for such a dominate display of surfboat competition.”

Newsletter - February 2018
We said we would't run from surf and we didn't BUT boy what a weekend and that is due to many people holding hands and working hard to keep everything rolling along.
Our Referee Tamara Brawn and Sectionals Peter van Duren and Bobo White lead a great team of Officials who to the last one we owe a huge vote of thanks. The girls and ladies in the Bunker doing the draws didn't see the sun for 3 days which is an amazing effort and the pressure they are under has to be witnessed to understand.
Our Water Safety IRB Crews led by Peter Burst were tireless and the Safety Response Team led by Joel Wiseman did a great job in the way they monitored and communicated during the three days.
The Elouera Surf Club and their band of workers didn't stop for the duration. The Sutherland Shire Council and Staff were wonderful to work with and the Shire Lifeguards, you are a great team of professionals. Not just in the way you assisted us in decision making but your rescue skill out on the water is first class.
So after such a great event in some serious surf we can confidently say we have reset the guidelines for our future competition to remain and continue to operate in surf. The objective was always how do we stay and play and not run away. Its true to say that at times the decisions were well debated but always the first part of the process was we want to stay so what safety steps do we need to put in place so the crews can continue racing. The sectional teams mentioned above along with the ASRL reps formed the Carnival Safety Committee and at the end of each discussion we reached the unanimous decision that it was safe to continue so thanks to all concerned for that.
The elephant in the room has to be mentioned in any discussion around the decision to stay or go and that is the crews themselves and how they are managing and controlling the racing boats. The bigger percentage of sweeps were doing a great job in the big surf and it isn't intended to be smart but some of us as sweeps do need to sharpen up our decisions about when to push into a wall of water or when to get the rowers out of their seats on large waves. The bottom line to each and every decision the Carnival Safety Committee have to make will always include the number and type of incident so to a very large extent we the sweeps and crews hold the event destiny in our own hands.
The ASRL once again stand ready to organise and support further sweep coaching courses and discussions in each region of Australia as we continue to look towards improvement. Sometimes talking to different experienced sweeps can open the door of knowledge so we throw this out to the various State bodies to gauge the interest.
Our giant steps in Technology took another at this carnival with all our Printers now set up right in the arena and Announcers and Course judges areas so no running 20 copies of the draw all over the beach which cuts a lot of down time.
The draw system itself is constantly being improved to remove any of the remaining bugs but we all have to accept that like everything we are doing it is being done by volunteers in their free time so some patience is required but we are getting close.
The Finish Line Cameras were again operating, unfortunately every time a boat takes out the judges stand as well as dunking the judges it drops $3500 dollars worth of camera and transmitter equipment into the surf so this is a WIP as we look at new technology for all the time. Two took a swim over the weekend.
We Live Stream and for a big part of the three days this was tracking well and receiving lots of positive comments for our Stream and commentary team led by Aaron Tannahill and Les Herstik. Unfortunately on Sunday as the crowd grew with the presence of more and more Mobile Phones both the Telstra and Optus Bandwidth we were using started to fail us. It couldn't be fixed on the day but is another lesson learn't for next time. All the key events including all the Finals are in the process of being edited into packages to then go onto the ASRL YouTube and Facebook pages so they will live on forever.
To the disappointed Live Stream viewers we can only apologise for issues outside our direct control but ask that we all remember it is the ASRL that started this 3 or 4 years ago and we will work on it until we have all the bugs ironed out. To do one day using a fully Professional of Live Stream Team would cost us $50 or $60,000 so to do three days with friendly operators for a fraction of that cost we need to measure the expectation against result and we have done pretty well.
The Interstate and Test Series were stand out events within the program and the Finals with Sth Curl Curl U19 boys catching an absolute monster will live on in memories forever.
Elouera Navy ASRL Open 2018 will be that Bancoora moment for many of our new rowers to talk about just like the oldies have of Bancoora in 1977 for the next 40 years.
Well done to you all for your attendance, contribution, respect and outstanding behaviour over the whole three days. Not one complaint to the Sutherland Shire Council for interference to Traffic flow, Noise or behaviour unbecoming.
Well done to the Elouera Surf Club you have once again lifted the bar and made this event so memorable in so many ways.
ASRLCommittee 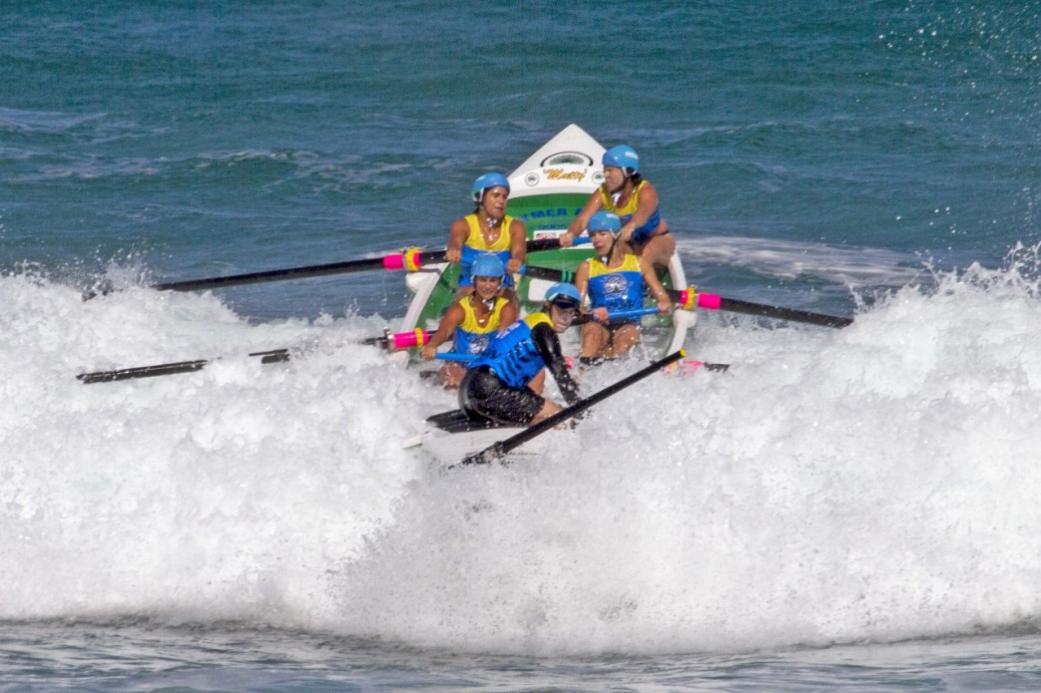 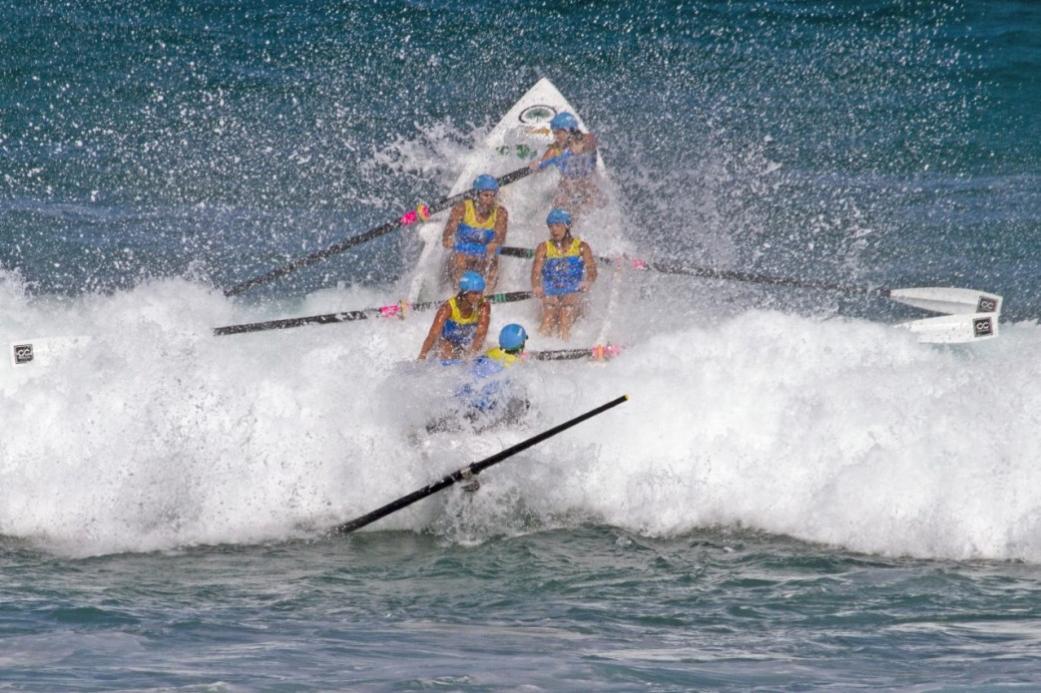