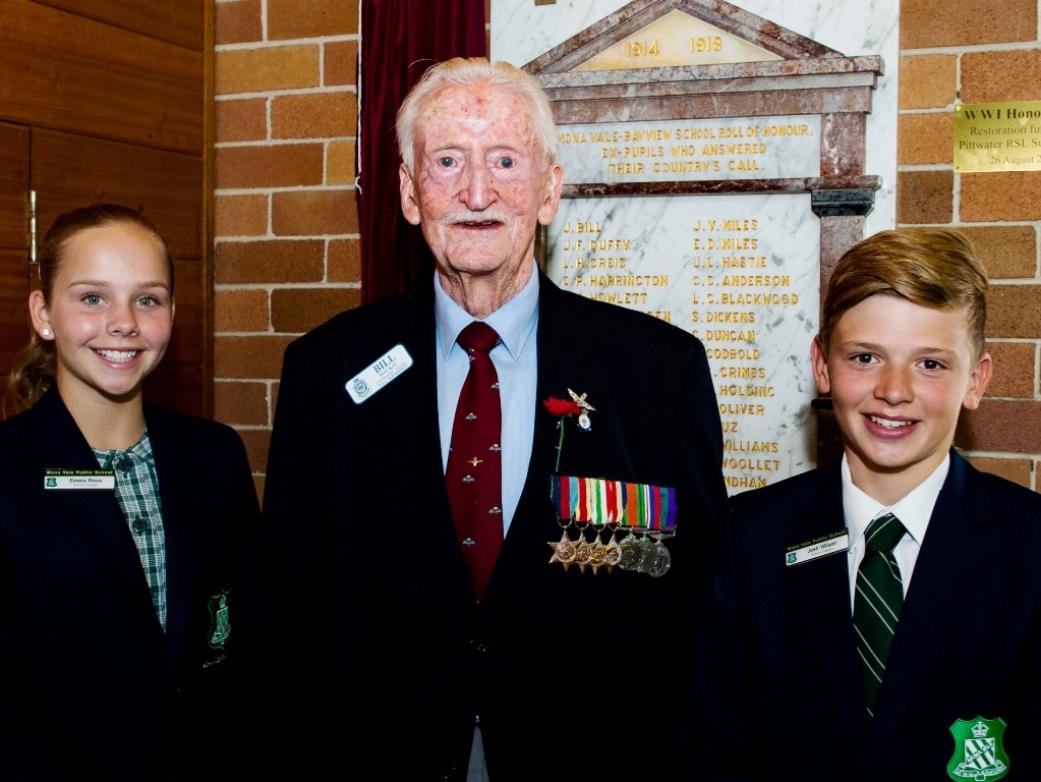 Friday, 4 November 2016, marked the Mona Vale Public School’s Rededication of their WWI Honour Roll. The Roll was commissioned in 1921, and commemorates 35 students of Mona Vale and Bayview schools that answered their Country’s call to serve during WWI.

The restored World War 1 Honour Roll that resides in the school's Hall was commissioned in 1921 to be made from marble to replace the Wooden Roll that was destroyed in the school fire of 1919.

Ms Beverly Lewis, the Mona Vale Public School historian, worked with senior students to research all of the names on the Roll. Ms Lewis will soon publish a book detailing each student and their achievements, a wonderful legacy for the school and the Mona Vale Community.

Mr Greg Jones, Mona Vale Public School Principal, also acknowledged the wonderful behaviour of our Year 5 and Year 6 students who participated in the assembly and Student Leaders, Emma Rouse, Josh Wilson, Zac Downs and Lydia Woodward, who led the assembly and read out letters from two of the soldiers to their family, very moving.

The Rededication was performed by Senior Minister John Reid, as is tradition at such ceremonies, he spoke of their commitment to not only their families and each other but to our way of life. The Hon Rob Stokes addressed the assembly and spoke of the selfless sacrifice these men gave so we can enjoy the liberty and freedom we now take for granted.

The ceremony comprised, besides these addresses and historical stories, a wreath laying by students Emma Rous, Josh Wilson, Zac Downs and Lydia Woodward.

Mona Vale Public school has started the process to locate all the women who served in WW1, to honour their commitment as well as have an Honour Roll commissioned in their memory. 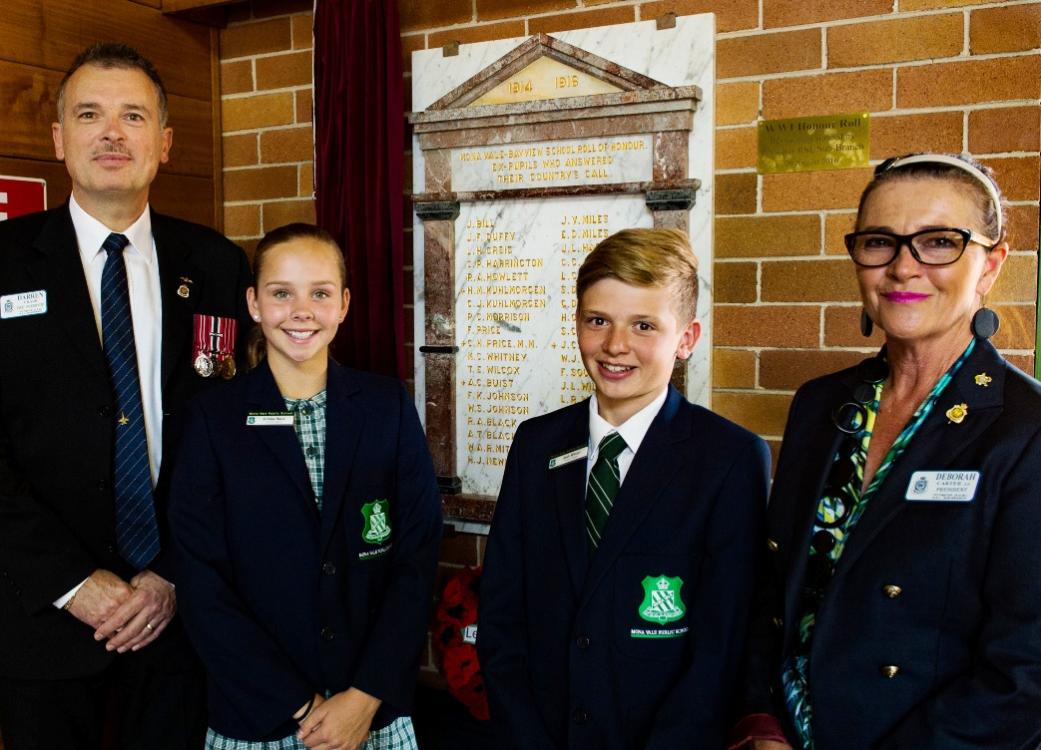