Moments In Time: A Book Of Australian Postcards 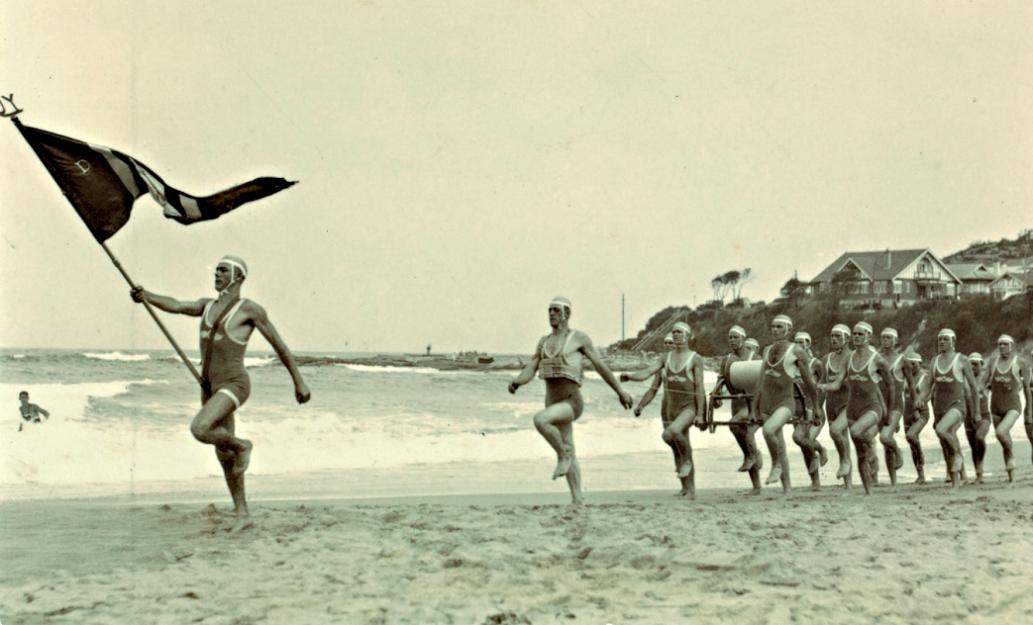 From page 53: Dee Why lifesavers on parade, 1929, chapter on The Beach

On August 1st 2016 we will all have the opportunity to access a wonderful new book that focuses on Australian postcards and our own history portrayed through them.

Now growing in popularity among collectors, with societies such as the New South Wales Postcard Collectors Society (whose members share information on some of the many subjects postcards address), these colourful and rare pictures capture ‘Moments in Time’, allowing us to see and wonder about buildings, landscapes, people and events now long gone in places still familiar.

At the height of the postcard boom there were several deliveries of the post every day, central Sydney had three and was exhorted to match Melbourne’s four a day, you could send a postcard in the morning to arrange a meeting for that afternoon. As a penny stamp was applied to postcards mailing costs, they were an affordable and quick way of communicating making postcards the emails of their day.

Postal cards, a simple bank card for a posted message, with the address and an officially imprinted stamp on one side, first appeared in Austria in 1869. Post offices in the Australian colonies began using this method in 1875, with New South Wales leading the way. Cards with pictures on them had begun appearing in many places, including the Paris Exposition of 1889. An image of the Eiffel Tower was put on a postal card, proving so popular that masses of them sold; this effectively began the postcard age.

Tasmania copied this example for its own 1894 Exhibition and although there had been decorative edges featured on the New South Wales postal cards, the Tasmanian one is deemed Australia’s first picture postcard. This was of a general view of Hobart and the exhibition building. 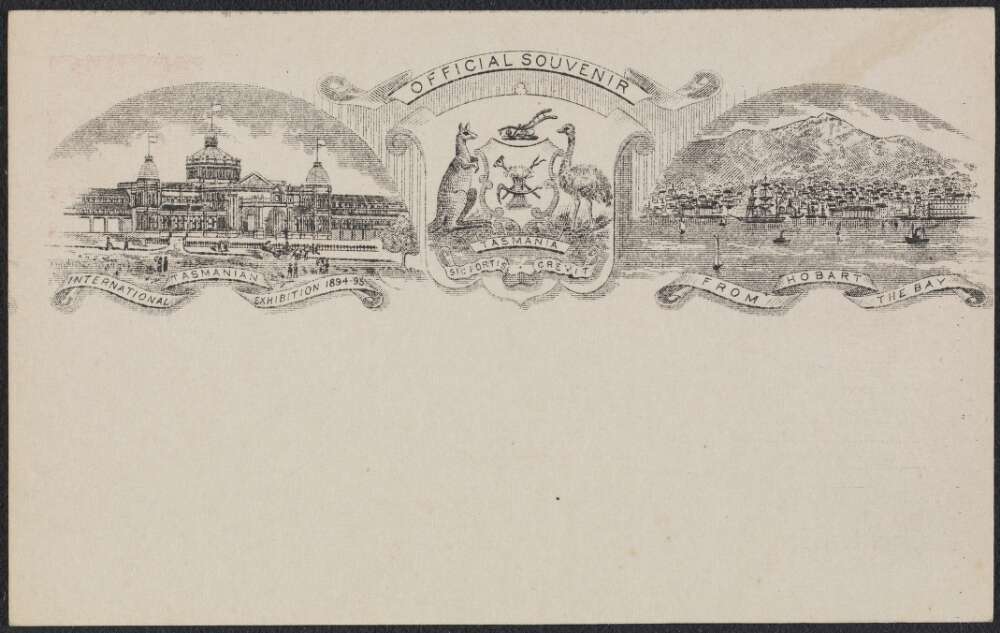 Another early example is an advertising card published by the ‘Marine Hotel, Dangar Island’ in the Hawkesbury River – ‘for the Excursion Season 1892-93’ – page 8, Moments in Time.

This one, a lithograph produced by Gibbs, Shallard and Co., Sydney, tells of other progress in printing. Germany led the way here, where lithography had been invented as a black and white art technique. In the 1870’s ways to introduce colour were developed.

By 1907 the development of autochrome meant high quality coloured photographic printing. German-printed postcards revolutionised what can be recorded in these miniature records.

When George V and Queen Mary appeared in Dublin in 1911 a photograph postcard of the event appeared that afternoon.  The use of photographs allows as postcards us to delve into not only the photographers themselves in days when plates and unwieldy cameras were used, but also to see wonderful buildings and structures now gone: hotels, houses, wharves.

In the opening pages Mr. Davidson shares an anecdote of  staying on a farm as a youngster in Tasmania where, among other lovely objects, were postcard albums of exotic places. Among these a postcard of Epping in Tasmania with big red Tasmanian stamps on the back - it shows a view of the South Esk River, with yacht.

‘Epping! It was little more than a dot on the map.’ Jim states.

Nevertheless, he was fortunate to see a record of a place as it was then, although Epping, Tasmania, is still fairly unspoilt today. This also tells you why people collected ‘photo albums’ of postcards of places they went to as souvenirs in the days prior to the advances in cameras.

Arranged alphabetically the sections of The Postcards opens with Aboriginal People and a striking image on page 39 ‘S.O.S. Torpedo pumpkin, Lake Tyers’ showing a crying Aboriginal baby placed in a hollowed out pumpkin boat with a Union Jack at one end and an Australian flag at the other translates articulately, perhaps without meaning to, what was then and what is now. Anne Geddes would not publish that creation!

On one double-page spread, a postcard of soprano Nellie Melba on which Melba herself has scrawled a note about a particular singing method is next to postcards of the popular vaudeville group, The English Pierrots, and a touring gum leaf band.

The sender of another postcard—a souvenir of Melbourne showing Parliament House and the Treasury (in the days before Canberra existed)—has wittily written 'otherwise known as the lunatic asylum'! 'No chop, no tucker' captures a common occurrence in past times in rural Australia, with two itinerant workers (or 'sundowners' as they were called because they would turn up at a station just on sundown) being directed by the farmer's wife to chop the wood if they wanted a feed.

Author Jim Davidson, whose passion for this medium shows through the wonderful insights he shares on each subject, takes readers on a historical and celebrational journey through an extraordinary range of postcards that provide fascinating insights to moments in time.

We asked Mr. Davidson to nominate three of his favourites from this current work

(a) A very early Perth card, from just before 1900, which shows the original sweep of the bay in front of the City of Perth, beautifully engraved in a number of colours, in Germany. Floral decorations, too; a real miniature. (p 16) 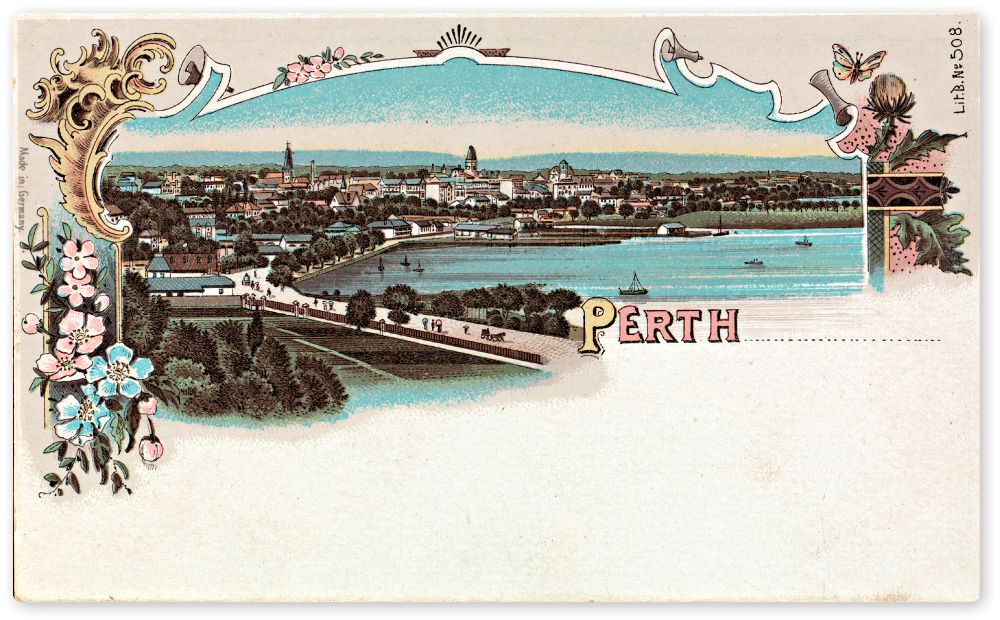 (b) A card, issued by a Melbourne department store, of a topographical model of the Gallipoli Peninsula. It is captioned 'Where Our Boys Are Fighting'. There is a poignancy about that; no-one much knew where it was. (p 119) 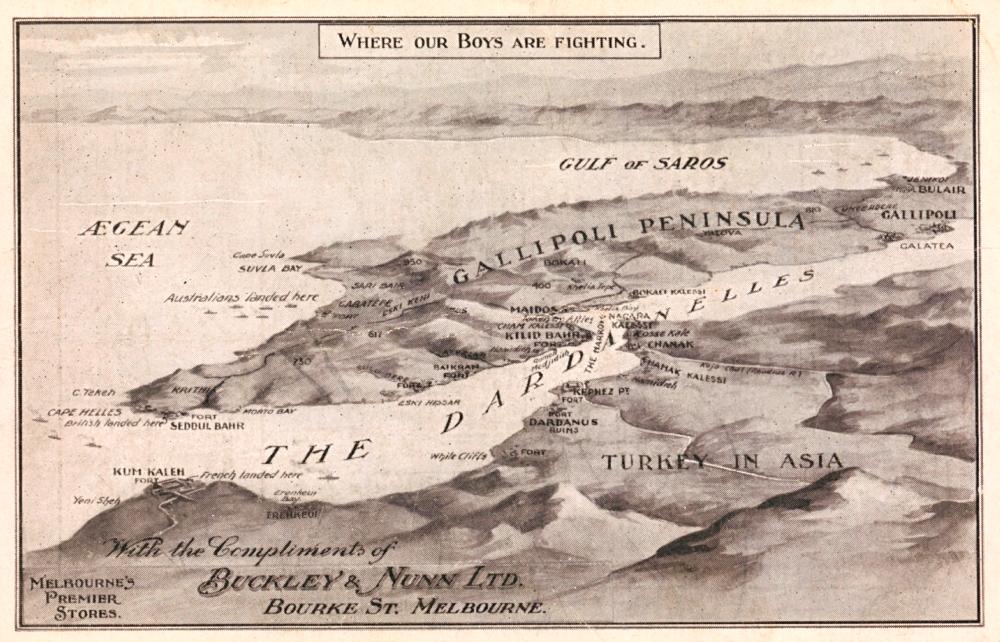 (c) The card of beach amusements, at Bondi. Later - particularly at St Kilda, in Melbourne - huge entertainment strips were built on the seashore. This card shows their humble beginnings. The performers and the crowd almost look as small as for a Punch and Judy. (p 52) 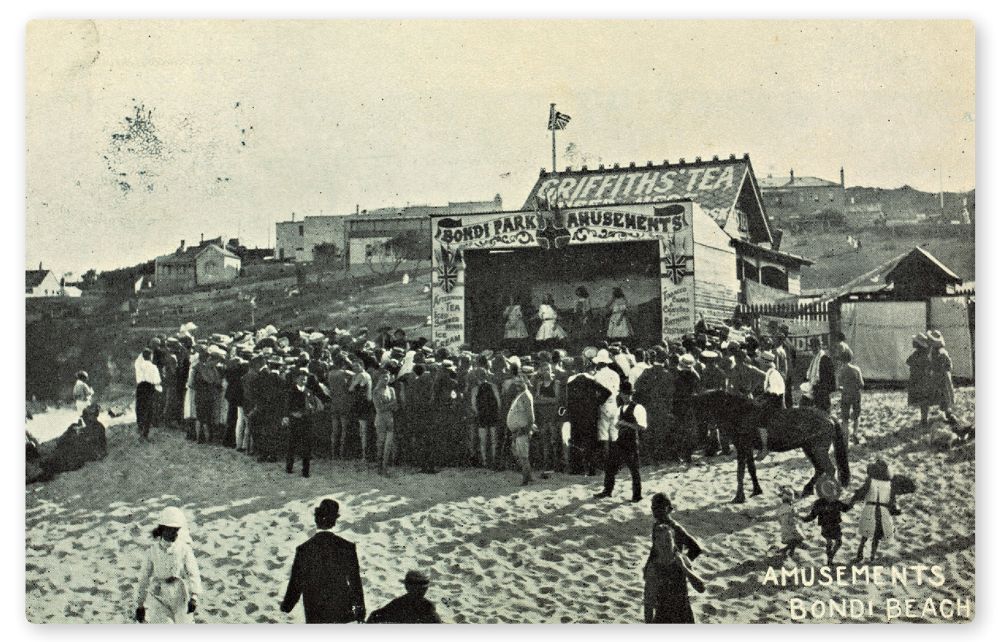 Why does he think there has been such a renewed interest in postcards?

Interest has been building since the late 1970s, although a lot of people disparaged them because a lot of more recent postcards are of low quality. There was also a sense that they were obsolete - replaced by more recent, superior technology. But now they can be seen as a record of the past, and offer a tangible connection with it.

As well as having a life-long interest in postcards, Jim Davidson is a historian and biographer. His books include the multiple prize-winning lives biographies of the historian Keith Hancock (A Three-Cornered Life) and the musical patron Louise Hanson- Dyer (Lyrebird Rising). With Peter Spearritt he wrote Holiday Business, a history of tourism in Australia: for that book postcards served as a kind of data base. He is currently writing a double biography of the Melbourne literary editors Clem Christesen and Stephen Murray-Smith.

Moments in Time, release August 1st by publishers The National Library of Australia, will delight and inform young and old alike.

As Mr. Davidson states in the opening pages that preface this catalogue under ‘The Accessible Past’; - An appreciation of postcards as cultural artefacts underlies this present book. Of all genres, the postcard is the least elitist – in every sense, it was open to all. Calls to high patriotism can be found at either end of the spectrum, naive art and sentiment (and homemade cards) at the other….

Postcards can capture a moment and align unexpected thing. They have become Joycean: from that close focus on what is in front of them (especially when a sprightly message completes the time capsule) they open up an entire lost world. Few other single objects can make the past seem so accessible. – page 25.

Available online and at all great bookstores from Monday, we’re sure this book will inspire you to rediscover more about where we came from and how and why our predecessors thought as they did. 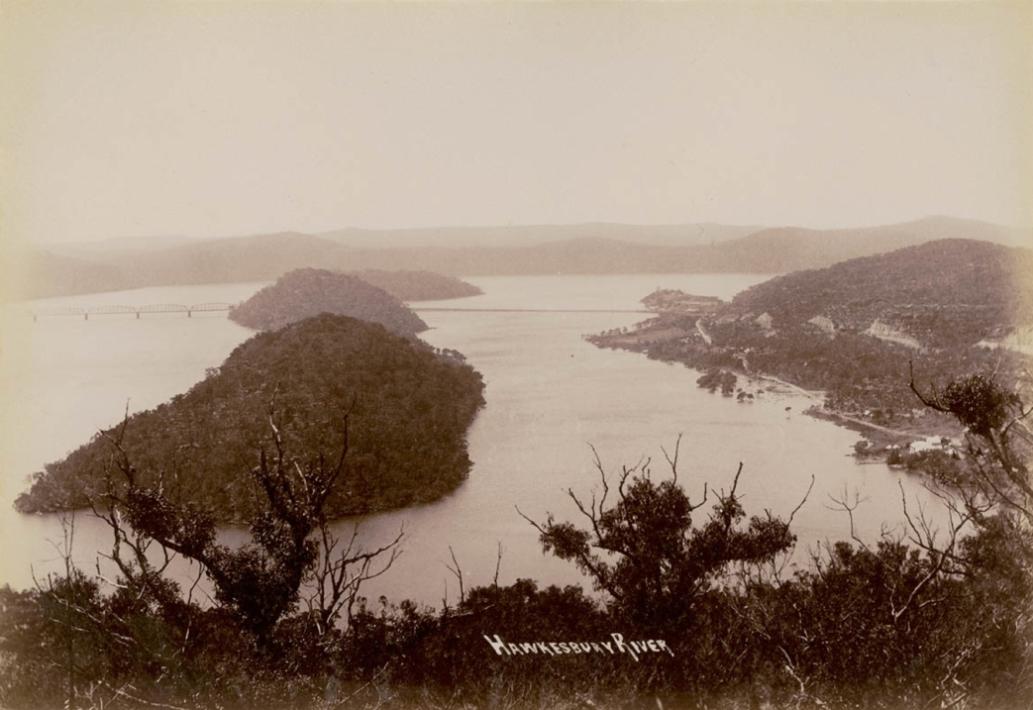