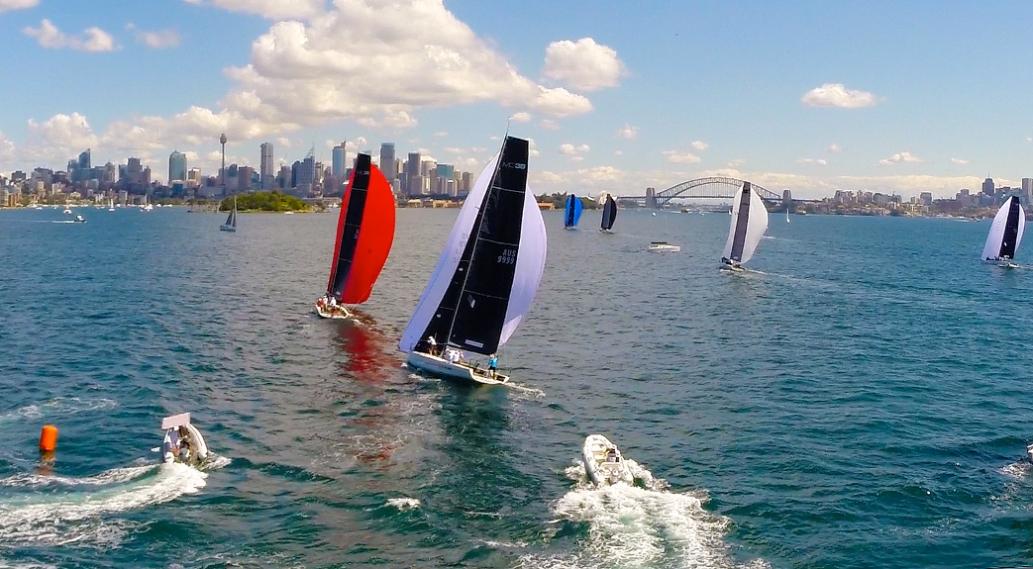 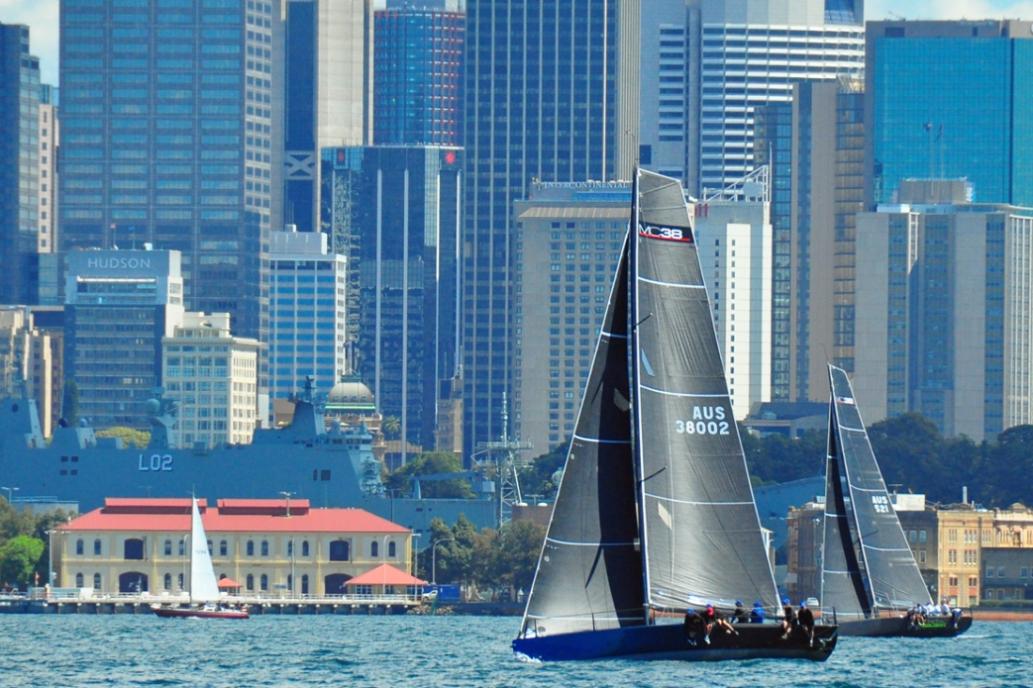 Spring days are getting longer and the MC38 crews are warming up for another season on Pittwater and Sydney Harbour starting with this weekend’s opening Spring Regatta at a new host club, then easing into a four-part summer championship.

The one design class’ model of circulating weekend regattas between the Sydney clubs plus on-water umpiring is serving the committed owner’s group well. The same core set has fronted up for the past three seasons without a single protest going to the jury room.

As MC38 Australian Association president John Bacon says, “We’ve got a great bunch of owners, crew and supporters that make these events really fun. We are all doing our own thing club racing then we come together for close and clean sprints where the fleet is so compact that the seven or eight boats going around a mark feels more like 20.

“We are incredibly grateful to our world-class umpires Richard Slater and David Tallis for keeping the racing efficient and friendly. We are all pushing hard but we know the umpires are sitting in boats watching and we have to sail clean, and that’s a really good thing.”

Bacon says a two-year program has been mapped out and distributed to all teams, giving owners certainty when it comes to planning calendars and refining boats and crew for familiar and semi-predictable conditions either on Sydney Harbour or Pittwater.

“The strength of the class is the fact we capitalise on a really tight bunch of dedicated owners who love racing against each other, plus some owners really push the envelope and that standard then filters through the fleet so we are forever improving and getting more out of these thrilling high performance boats.”

The sail program for Bacon’s Royal Prince Alfred Yacht Club based Dark Star is unrecognisable compared to when he first launched. During the latest off season he’s continued developing his wardrobe with North Sails, trying to squeeze the last couple of speed percentages out of the boat.

Taking her physiotherapist’s advice Clare will sit out the seven-race CYCA Spring Regatta this weekend, September 24-25, after a medial ligament injury sustained at the snow. Against instruction she’s planning to be back driving Assassin for the October 8-9 weekend out of RPAYC, act one of the MC38 Summer Series Championship. “My physio doesn’t want me to sail for six weeks – I reckon in three I’ll be right!”

Marcus Blackmore’s return means Assassin will lose the experienced head of Peter ‘Billy’ Merrington back to Hooligan. Clare reckons MC38 crews are likely to notice an improvement in Hooligan’s straight-line speed: “Billy’s taking knowledge of our rig settings with him so don’t be surprised if Hooligan is faster than last season,” she jested.

With regular tactician Evan Walker still off conquering the world Michael Coxon returns as Assassin’s tactician. For the summer championship’s opening weekend in October Assassin may be in Coxon’s loving care, plus have Walker back from overseas. “If that lines up, we’ll be unstoppable!” Clare cautioned with a grin.

The fleet of Australian boats plus Howard Spencer’s New Zealand based Menace will race from the CYCA for the first time at the MC38 Spring Regatta this weekend. Racing is due to start under PRO Steve Kidson on Sydney Harbour at 1000hrs for entered teams: Ghost Rider, Ginger, Dark Star, Maserati, Assassin, Menace and Hooligan.

Two weeks’ later the four-part 2016/17 MC38 Summer Series Championship commences. Between the third act in February 2017 and fourth in April owners will come to blows at the event everyone wants to win - the 2017 MC38 Australian Championship, timetabled to be part of Middle Harbour Yacht Club’s established Sydney Harbour Regatta. 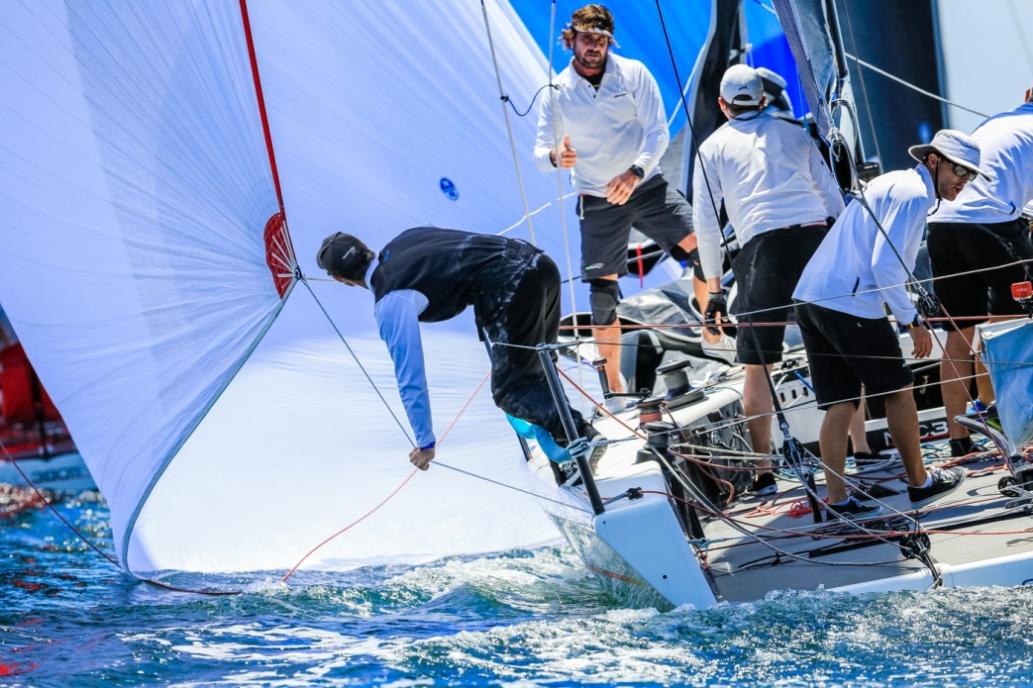 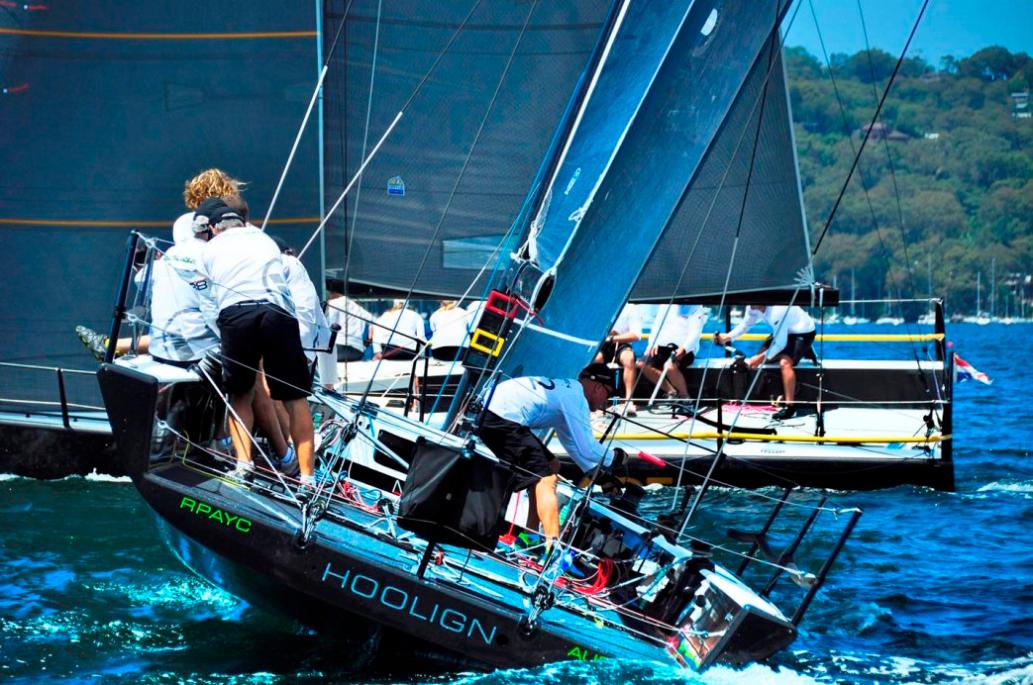 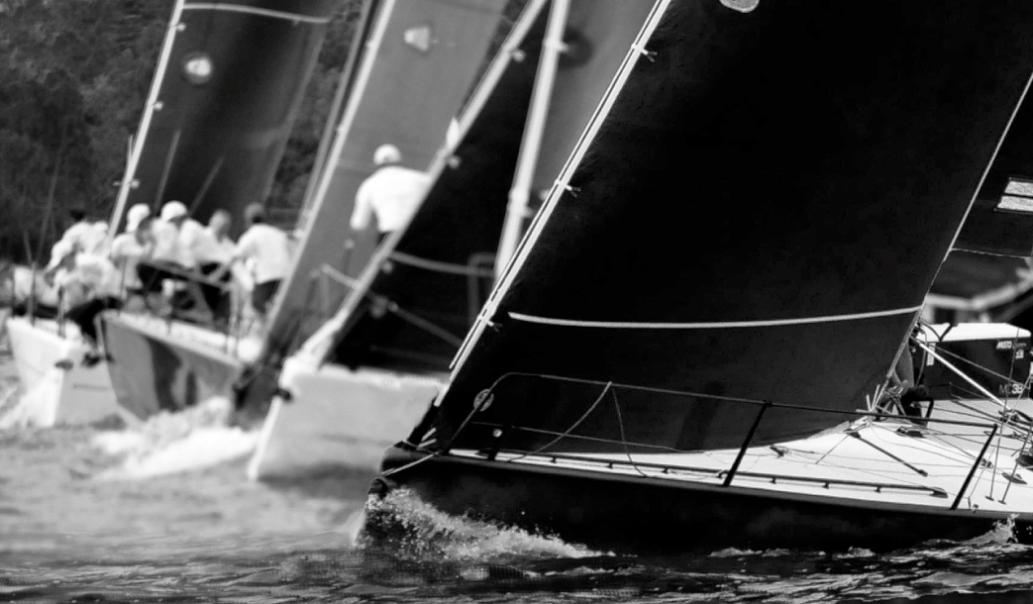