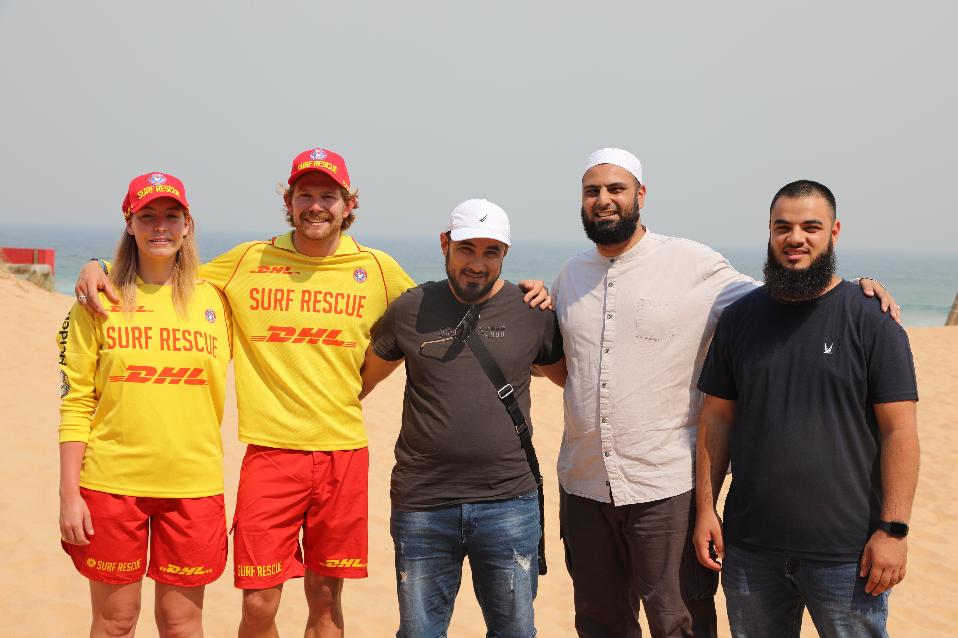 A group of off-duty surf lifesavers, who emerged as unsung heroes after performing back-to-back rescues at the remote Seven Mile Beach on the NSW Lower North Coast, have been presented with the National Rescue of the Month Award by Prime Minister Scott Morrison.

Prime Minister Scott Morrison hosted a function at Canberra's Parliament House on 2 December to honour the commitment, bravery and achievement of volunteer surf lifesavers across Australia. The awards recognised outstanding rescues performed between July and October this year.

Alex Taylor from Mona Vale SLSC and Jemima McGahey from Palm Beach SLSC were among those who received awards. They were on a camping holiday over the October long weekend when they responded to an emergency.

They were relaxing at a beachside campground in the Booti Booti National Park when a member of the public ran into their campsite yelling and asking for help to rescue some children struggling to stay afloat in the surf.

“I saw two kids in a rip with bodyboards close to shore. My assessment was that they were okay, but I could see an older guy out the back in trouble and going under.

Being keen surfers, Alex’s friends had longboards with them. Thinking quickly, Jemima McGahey grabbed her board and paddled out to Alex and the man and assisted him back to shore on the board.

The rescued man, Aref Elmustapha, was with a large group of people.

They called Triple Zero and waited with the Aref until paramedics arrived.

Aref was on a father-son camping holiday with a group of over 40 men who attend the Belmore Mosque in Western Sydney. Leader of the group, Sheik Chami, thanked the lifesavers for their assistance.

“The fact that you’re willing to save one life means you have the ability to save every person. That’s something very admirable and something we appreciate very much,” he said.

To say thank-you for rescuing their friend, the men invited Alex, Jemima to join them for lunch the next day at their campsite. The lifesavers seized the opportunity to give the group some tips on beach safety.

“They were such a lovely group of men. They took all our advice on board, like how to signal for help and float until they were rescued,” said Jemima.

“In fact, one of the paramedics, who had also attended the incident the day before said, ‘aren’t you guys supposed to be on holiday'?’”.

“If we weren’t there, people would have drowned. I’m certain about that," Alex concluded.

Surf Life Saving Australia’s National Rescue Medals are an initiative that recognises the courageous and outstanding achievements of our surf lifesavers and members on our coastal waterways.