Like many who spend their lives around the ocean, surf lifesavers are uniquely placed to understand not only the ebbs and flows of the tide but also the impact that rubbish can have on the marine environment.

So supporting an initiative that promotes awareness on this issue is second nature to the movement.

This week is National Recycling Week and NSW lifesavers are doing their part to keep the beach clear thanks to an ongoing partnership with the Envirobank collection scheme.

The appeal of the initiative was not only the fact that it helped keep beaches free from the ever-present scrounge of the bottle, but also allowed surf clubs to reconnect with their local community and fundraise in an entirely different way. Many surf clubs have found success in the scheme by forming arrangements with local schools, businesses, cafes and kiosks alike, with these community groups happy to donate their containers to such a good cause.

Since the partnership began, more than 45 clubs have signed up to the scheme and are committed to recycling in a range of different ways. These include donation station cages, mobile pop-up collections, and back of house solutions.

Over the months that Surf Life Saving Clubs in NSW have been collecting containers, over 150,000 have been refunded to aid frontline services and ensure lifesaving patrols are equipped and ready each and every season. This has been a fantastic opportunity for SLSNSW to embark on and one that will only grow over time.

Our key partner in this initiative, Envirobank Recycling, is Australia’s most innovative recycling company combining technology with the community’s desire to recycle. Founded in 2000 by Narelle Anderson, when she became the first aboriginal woman to solely own a waste management company, her vision is to change the way Australians recycle and ensure all recyclers are rewarded for the good they do.

In other states where container deposit schemes are already operational, charitable donations can comprise a major component of the public’s reimbursements. According to Envirobank, with the right partnerships in place – such as the one with Surf Life Saving - the 10c refund scheme has the potential to raise substantial funds for our clubs and our volunteers who deliver the vital services we need in our communities.

A pristine environment is good for everyone and surf lifesavers are committed to doing their best both on and off the beach. You can do your part too to keep the coastline clean. Pop down to your local surf club to donate your discarded containers or collect the 10c refund for yourself. Throughout Summer, mobile collections are taking place. 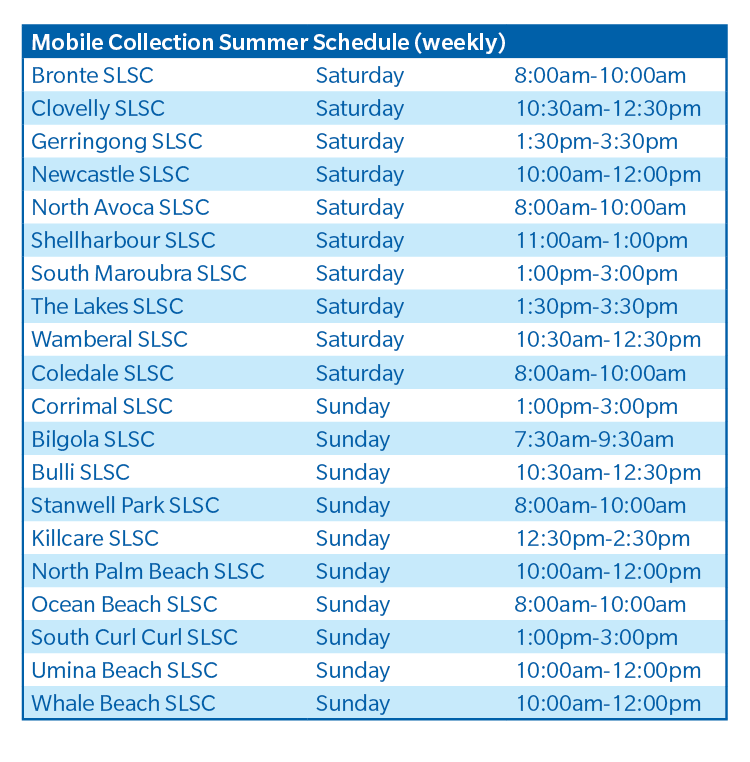