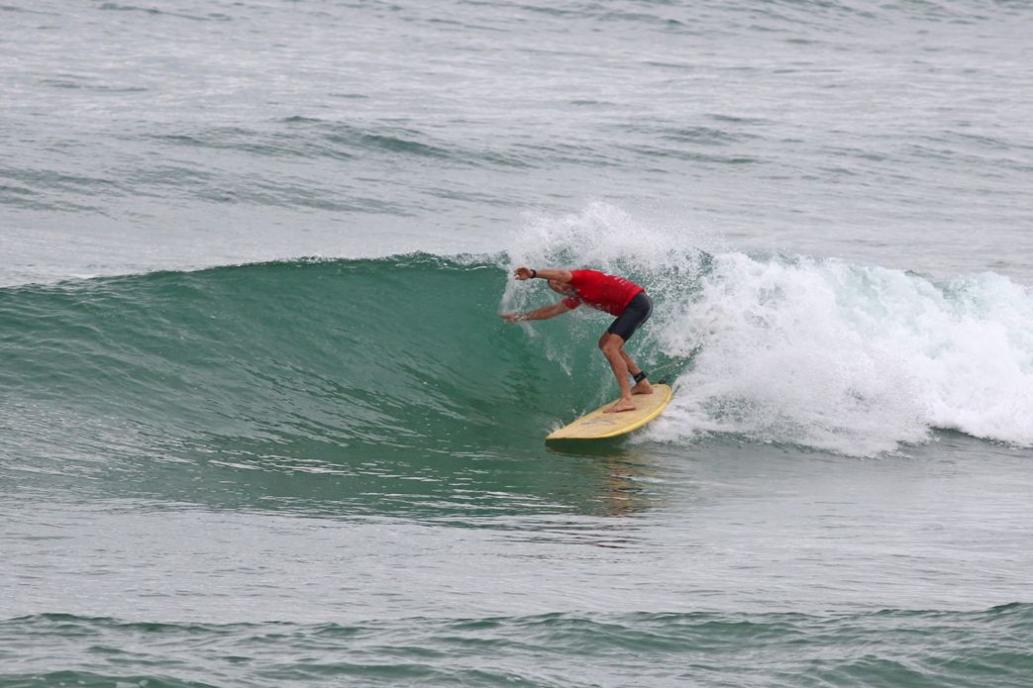 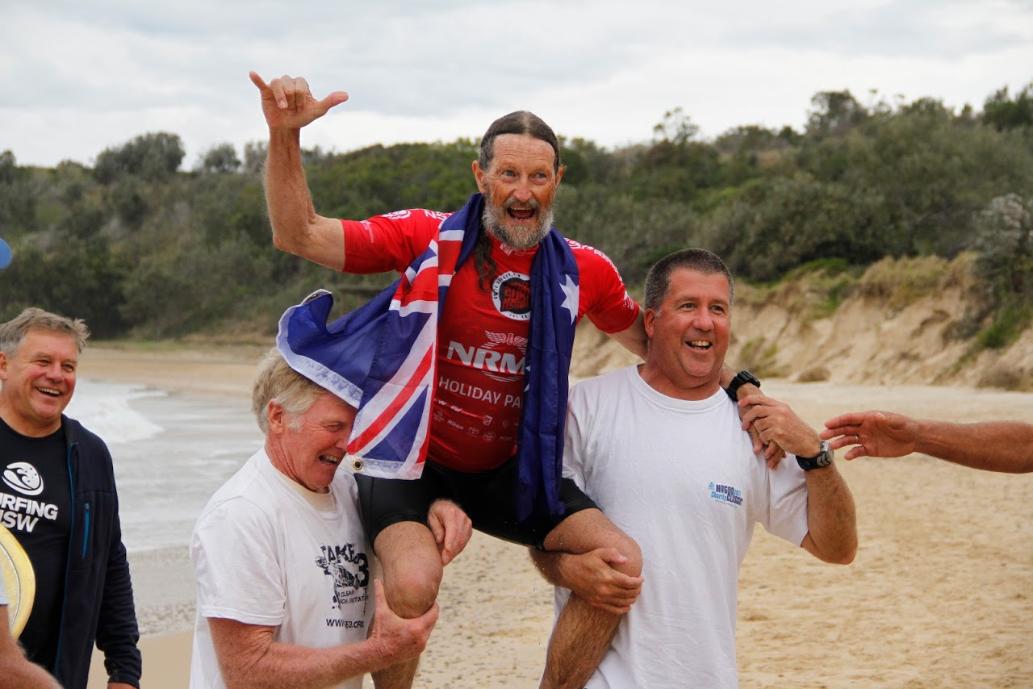 LONGBOARD AND LOGGER CHAMPIONS CROWNED AT THE AUSTRALIAN SURF FESTIVAL

Josh Constable (Peregian, Qld) continued to amaze the judges and spectators over the course of the Over-35 Mens final, posting consecutive scores in the excellent range. Constable didn’t let the tiny waves faze him as he bashed out a multitude of giant hooks and snaps to post a 16.40 two-wave heat total (out of a possible 20 points) and claim the coveted trophy.

Kate Dwyer (Caloundra, Qld) added another title to Queensland's haul, claiming the Over-35 Womens division. Dwyer shone in the final, posting an impressive 15.00 heat total to take a convincing win ahead of Vivenne Cresswell (Collaroy, NSW) who took the runner-up position.

Greg Brown (Jan Juc, Vic) showed that age wasn’t going to slow him down, claiming his fourth Over-50 Mens Australian Longboard Title in as many years. Brown performed like a surfer decades younger, posting a heat total of 15.50 for an array of critical turns. Local surfer Charlie O’Sullivan (Woolgoolga, NSW) put on a valiant effort, posting 12.00, but was unable to knock Brown from the top-spot.

Alan Atkins (Byron Bay, NSW) put on a buzzer-beater effort to claim the Over-65 Mens final. With less than a minute remaining in the heat, multiple Australian Champion Neville Smith (Coolangatta, Qld) looked destined to claim the trophy, however, Atkins was able to scratch into a playful righthander that was rewarded with a 7.00 wave score and as a result was gifted the title.

Damian Coulter (Mountain Creek, Qld) posted a series of excellent wave scores in excess of 7.50 to make his presence known in the Over-40 Loggers final. Coulter’s scores allowed him to stop Greg Brown from claiming his second title of the event, thus pushing the Victorian into the runner-up spot.

Harley Ingleby (Emerald Beach, NSW) claimed his second Australian Title for 2016, taking out the Open Loggers final. Ingleby showed the same tack-sharp precision that won him the recent Open Mens final posting a near-perfect 9.00 wave score, which allowed him to keep his opposition at arms length over the duration of the heat. Runner-up Ben Considine (Barwon Heads, Vic) remained within striking distance of the win, but was unable to muster up the required 7.66 wave score needed to take the title. 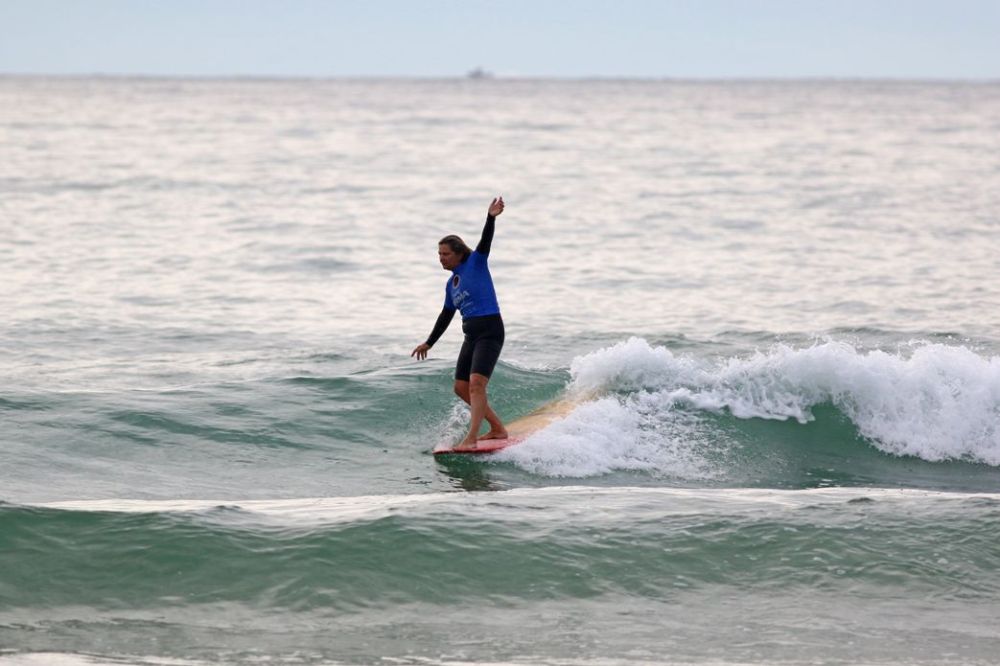 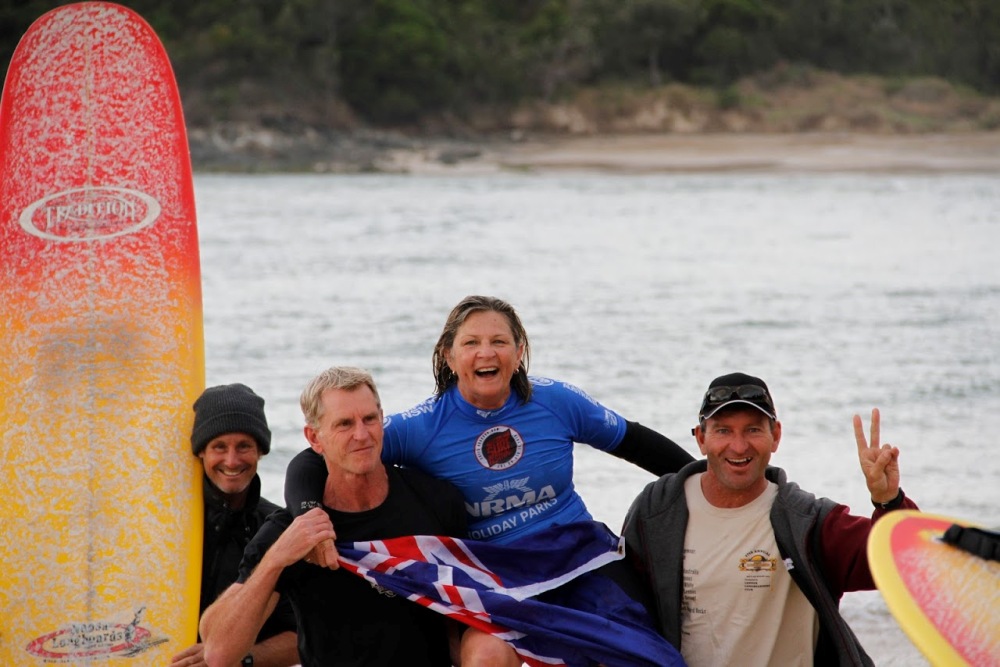 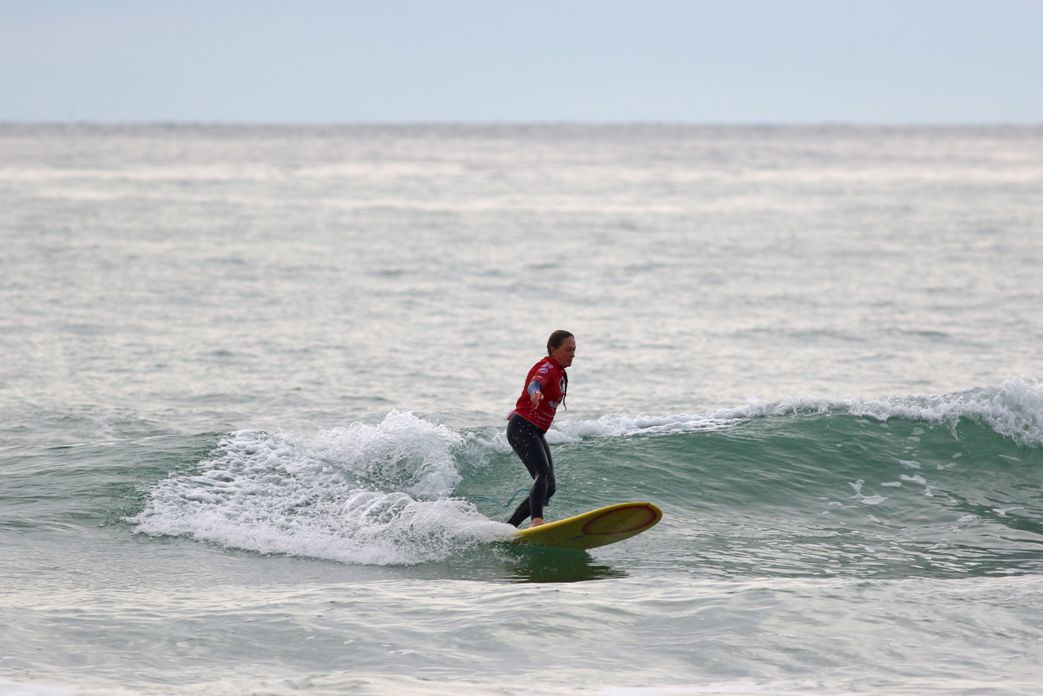 MACAULEYS BEACH, COFFS HARBOUR Tuesday, August 9, 2016: by Surfing NSW The longboard action continued at the Australian Surf Festival today at Macauleys Beach as competitors fought to keep their Australian Title campaigns rolling towards the final days of competition. Multiple Australian Title holder Jason Livingston (Curl Curl, NSW) didn’t let the declining swell slow down his progress, posting a 14.00 heat total (out of a possible 20 points) to claim a convincing win in the second round of the Over-45 Mens division. Livingston unleashed a barrage of massive turns over the course of the heat to take the win and book his spot into the semi-finals. The second round of the Over-45 Mens division continued to see a series of dog-eat-dog battles as three competitors attempted to cement their position into the semi-finals.Local surfer Charlie O’Sullivan (Woolgoolga, NSW) went out to an early lead in his respective exchange, while Neil Thompson (Scarborough, WA) and Terry Day (Coogee, NSW) duked it out for second place in the wave-starved heat. Requiring a 5.50 to cement a position into the semi-finals, Day managed to scratch into a small right-hander in the final minute of the exchange, to fall short by 0.10 margin and as a result was eliminated from the event, while O’Sullivan and Thompson sealed a spot in the final rounds. Other Over-45 round two heat winners included Tony Rae (Hastings Point, NSW) and Brett Lalor (Apollo Bay, Vic), who will make their next appearance in the semi-finals. Scott Trew (Mullaloo, WA) put on the most exciting performance of the morning, posting an impressive 7.00 ride in the Over-35 Mens requalification round. Trew will make his next appearance in the second batch of requalification heats, where he’ll face Chris McSween (Ocean Grove, Vic), Ryan Egan (Meadow Spring, WA) and Michael Thompson (Evans Head, NSW).  Australian Surf Festival – Coffs Harbour, NSW - July 29 - 15 August, 2016- Opening Ceremony – July 29- Australian Surfmasters Titles – July 30 - August 3- NRMA Holiday Parks Australian Longboard Titles – August 3 - 11- Australian Logger Titles – August 8 - 11- Australian Bodyboard Titles – August 11 – 15The 2016 Australian Surf Festival is proudly supported by the NSW Government through its tourism and major events agency, Destination NSW. The event is also proudly supported by Coffs Harbour City Council, Coffs Coast Tourism, NRMA Darlington Beach Holiday Park, The Hoey Moey, Nikon, Toyota, Pacific Longboarder, NBN, Surfing Australia and Surfing NSW.The Hoey Moey serves as the social hub for the 2016 Australian Surf Festival and hosts a large range of presentations and opening ceremonies.For more information, please visit: www.australiansurffestival.com 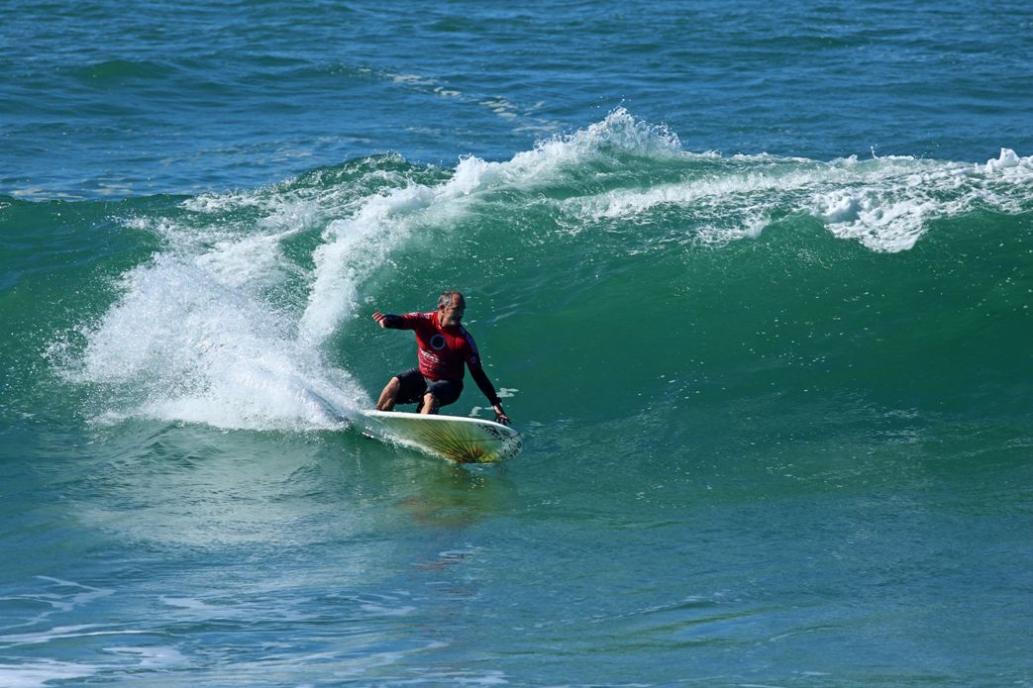 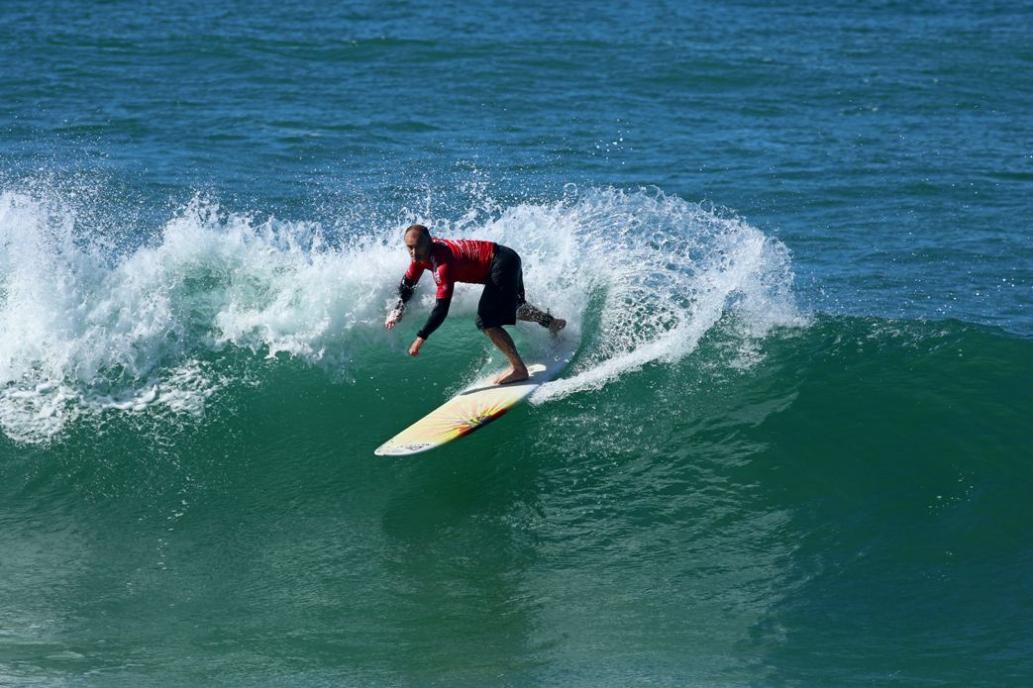 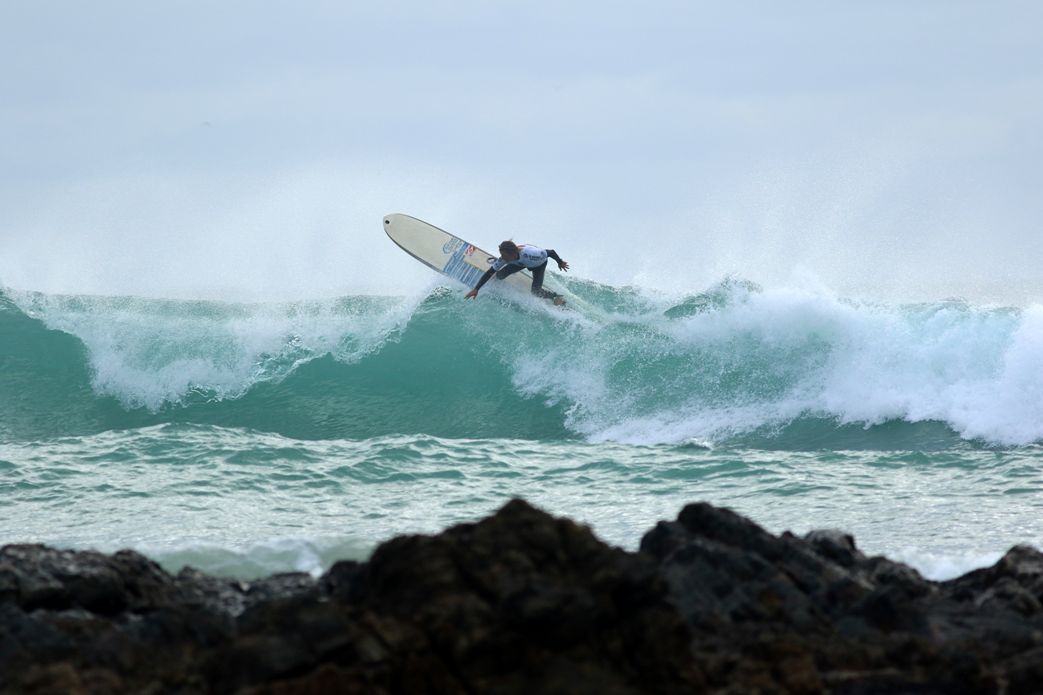 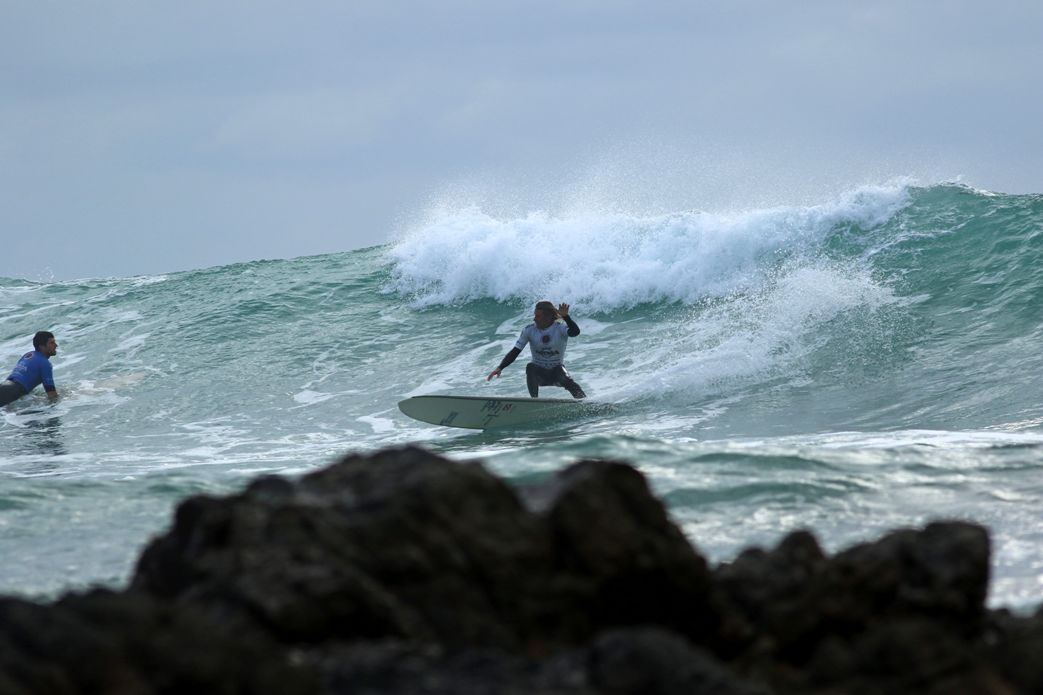 Jye Whyatt (Torquay, Vic) put on an impeccable display of traditional surfing to take out the Junior Loggers final. The young Victorian took full advantage of the high tide peaks to display his buttery style, performing an eclectic mix of manoeuvres to notch up a two-wave heat total of 15.20 points (out of a possible 20 points). Queenslander Nicholas Brewer (Castaways Beach, Qld) remained within striking distance of the Australian Title, with a respectable 11.90 heat total, but was unable to muster up the score required to take the top spot. Whyatt was also awarded the NRMA Holiday Parks Noseride of the Day for his performance.

Former World Longboard Champion Josh Constable (Peregian, Qld) continued to build on yesterday’s Open Men's runner-up performance, posting a massive 18.60 heat total to claim a first round victory in the Over-35 Mens division. As a result, Constable will bypass the requalification rounds and make his next appearance in the second round.

Other Over-35 Mens round one winners included: Rob Smith (Caringbah, NSW) and Craig Davies (Peregian, Qld) who will move straight past the requalification rounds.

Jason Livingston (Curl Curl, NSW) showed why he was a multiple Australian Title holder posting a decent 15.25 heat total in the first round of the Over-45 Mens. Livingston performed an array of exciting turns to post the aforementioned score and cement his spot into the second round. 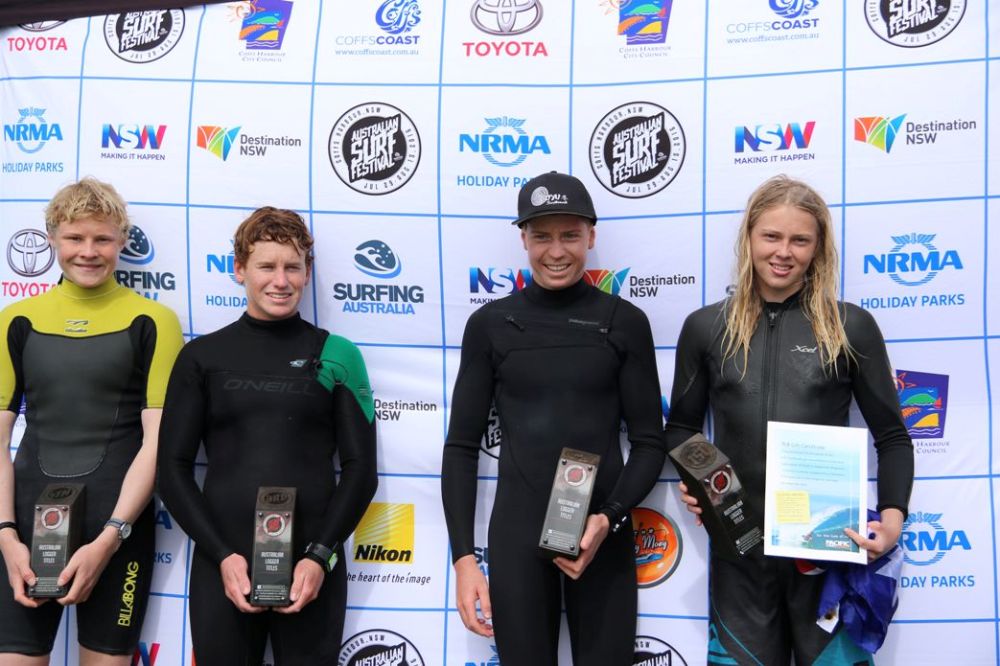 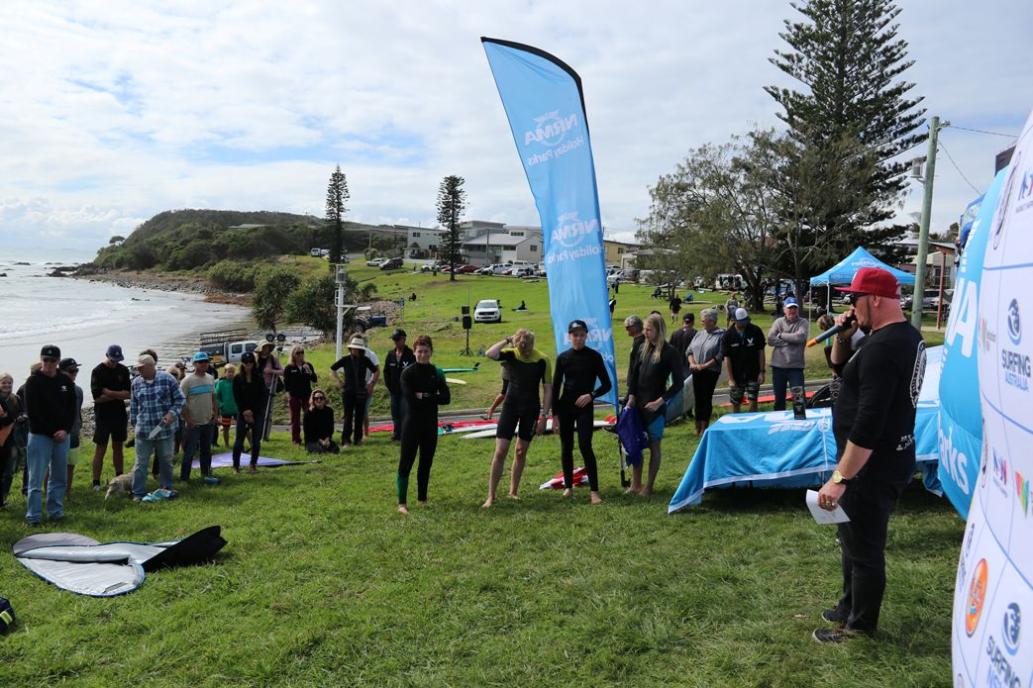 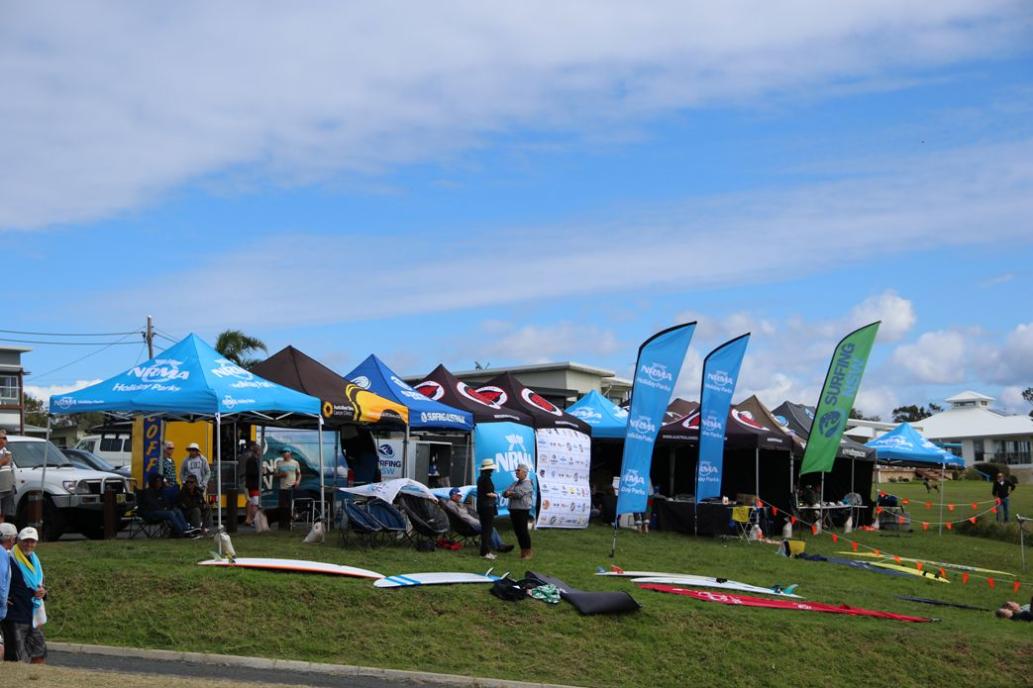