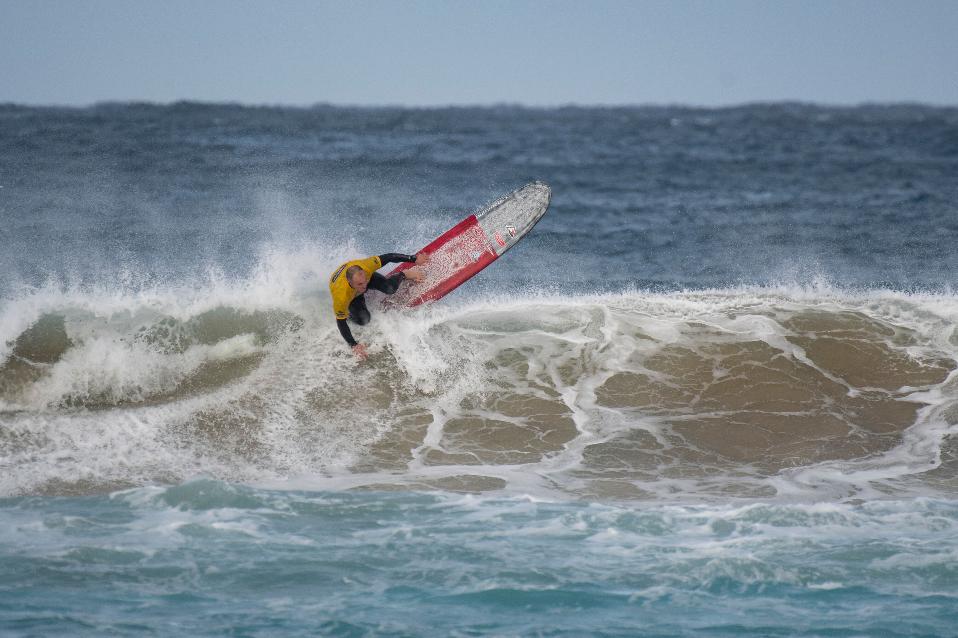 Tom Payne’s (Empire Bay) ability to perform a handful of exciting traditional turns worked in his favour as he proceeded to take out the top spot in the Open Men’s Logger division. Payne executed a multitude of decent turns and nose rides in the final to finish with a respectable 10.27 two-wave heat total.

The 2019 SUP State Titles will kick off tomorrow. 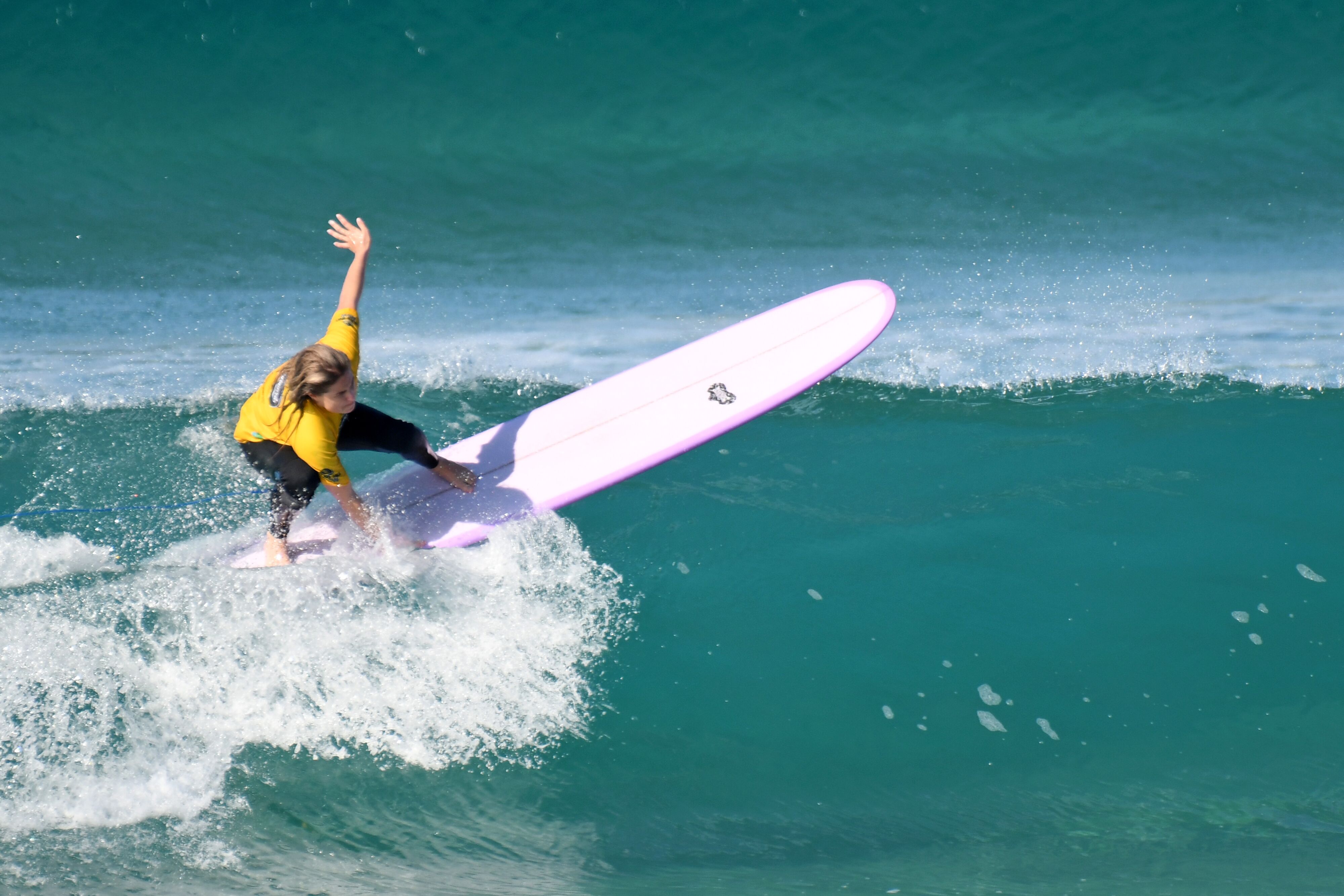 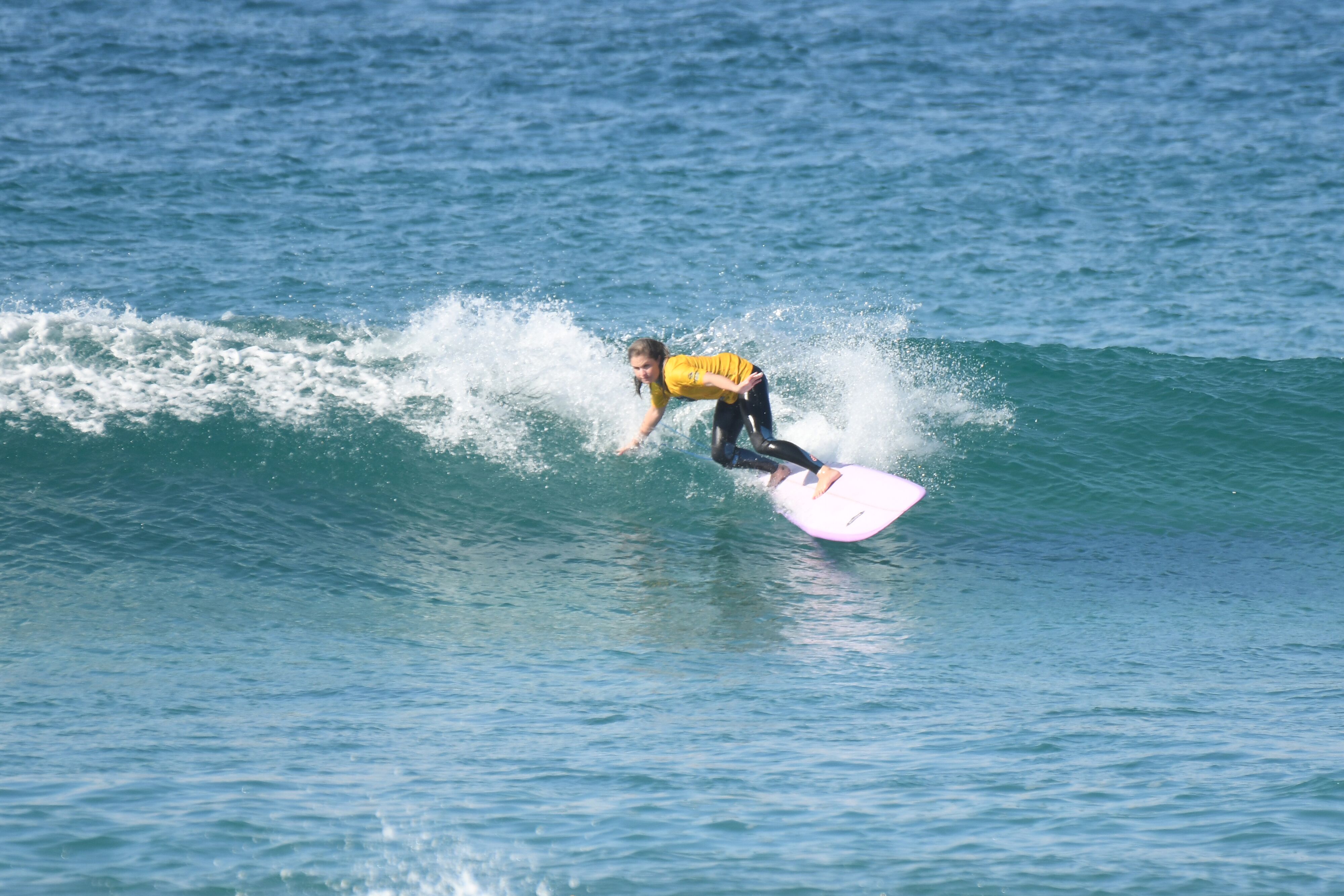 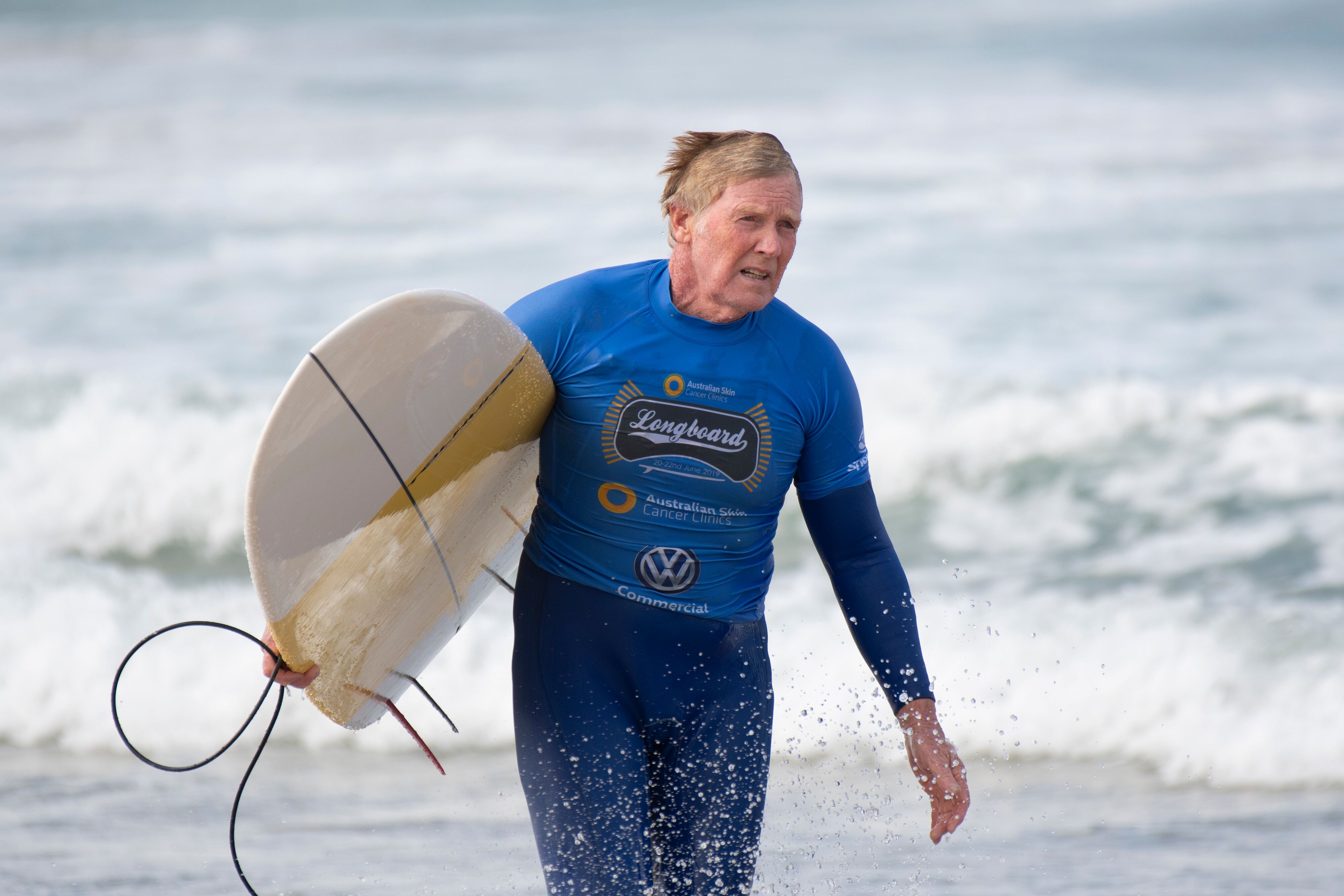 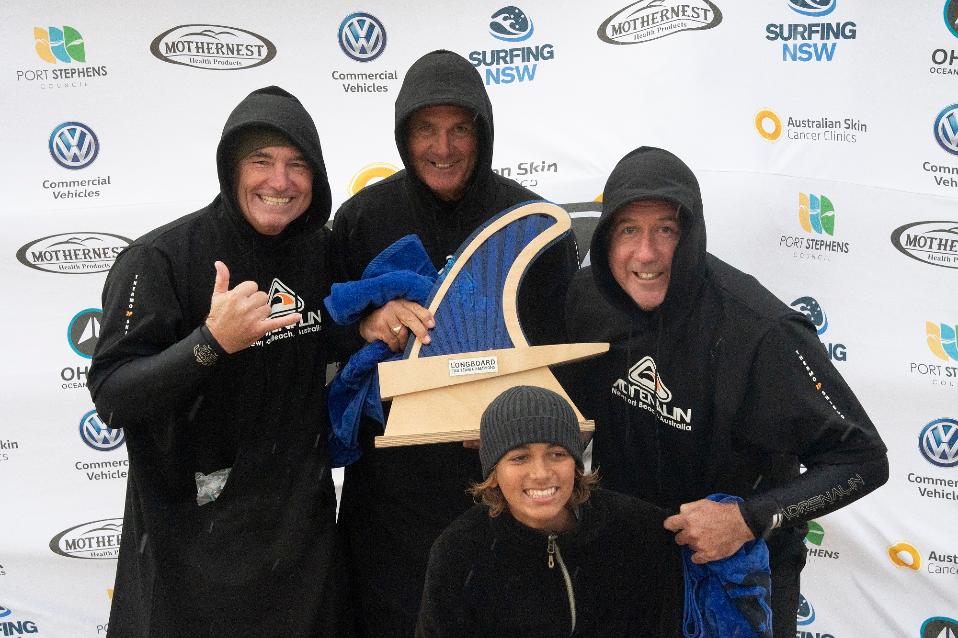 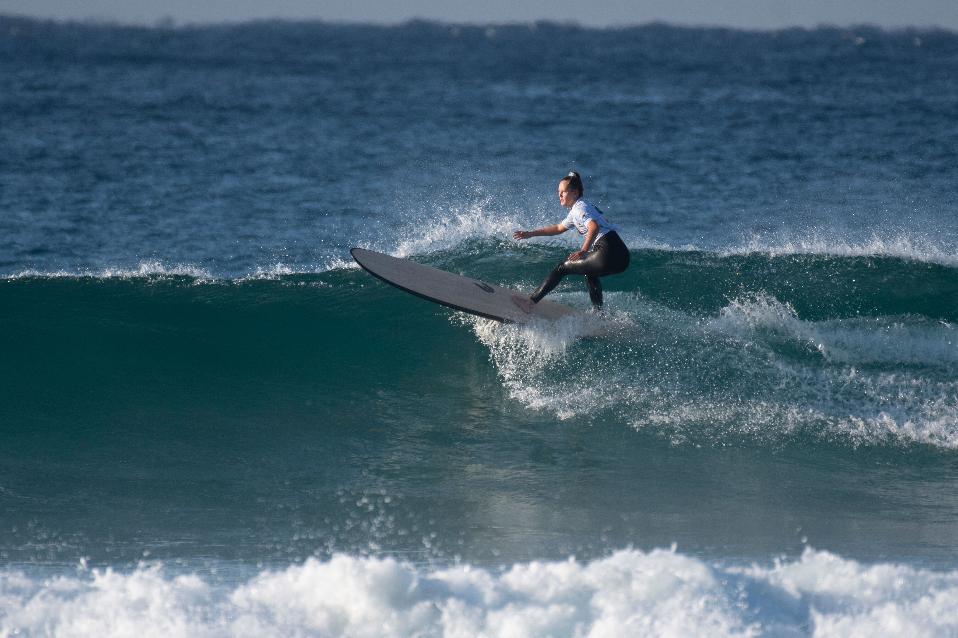 LOGGERS REWIND THE CLOCK AT THE 2019 PORT STEPHENS SURF FESTIVAL

The Loggers divisions hit the water for the second day of the Port Stephens Surf Festival as the Australian Skin Cancer Clinics NSW Longboard Titles edged closer to tomorrow’s finals.

Tom Payne (Empire Bay) and Darcy Crump (Avalon) both put on dominant performances in the Open Men’s Loggers division, with both surfers performing an array of traditional turns and nose-rides to claim their opening wins. Both posted a handful of decent scores in the heat to cement the top spots and earn their spot straight into the second round.

Samantha Walker (Queenscliff) showed she’d be one to watch as the event kept going, posting a decent 12.00 two-wave total in the Open Women’s Logger heat. Walker found a handful of lengthy waves in the heat to claim the win against Erin Judd (Macmasters Beach).

Novocastrian goofy-footer Shane Ross’ (Newcastle) decision to head to the northern tip of contest area proved to pay dividends as he smashed apart his opening Over-40 Men’s Loggers. Ross performed a barrage of powerful carves to notch up a 12.1 two-wave heat total and take the top spot in the heat. 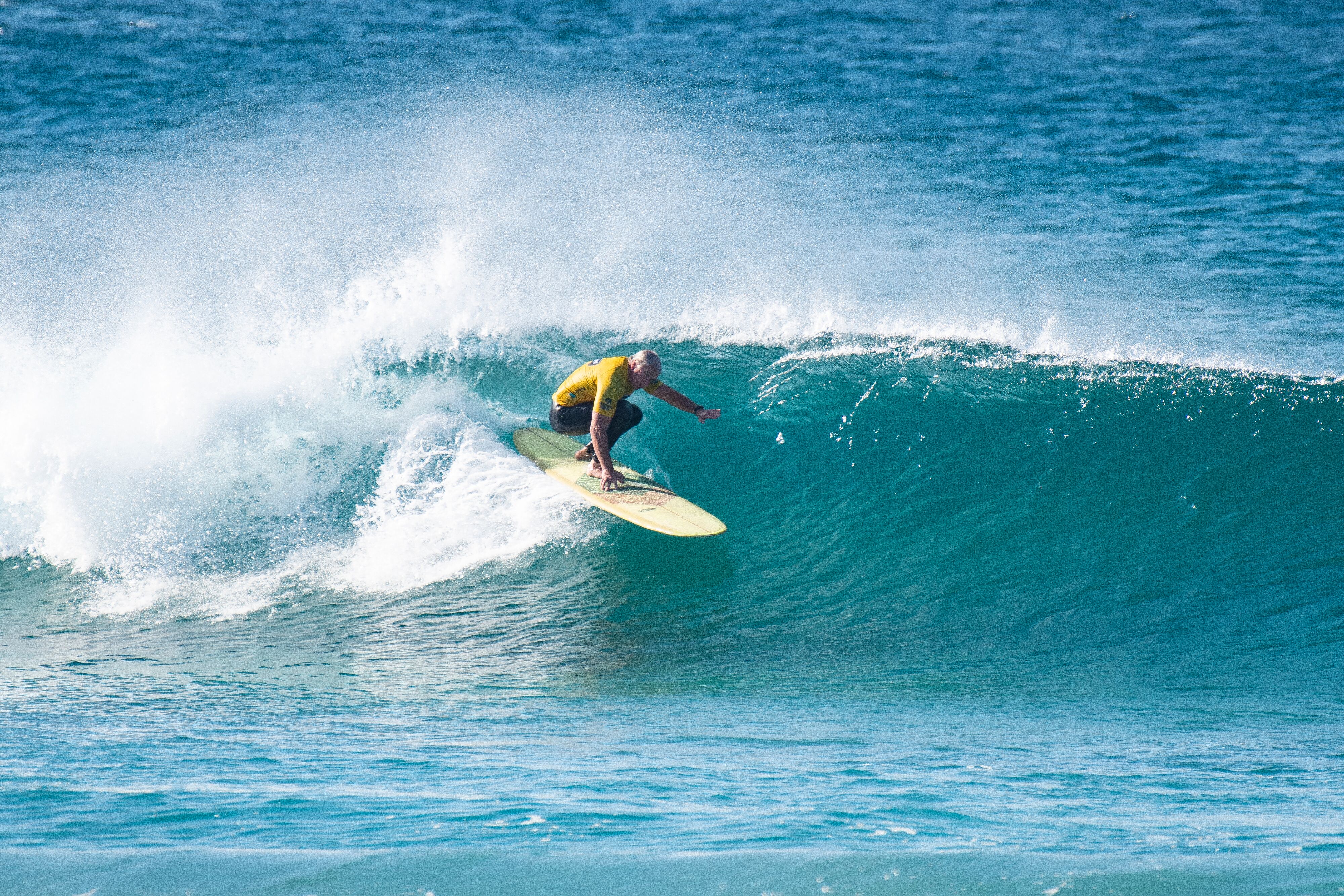 Harrison Stewart (Freshwater) got off to an early start in the Junior Loggers division, finding a handful of decent waves in the opening stages of the heat. Stewart finished the heat with a respectable 10.47 two-wave total and the opening heat win. 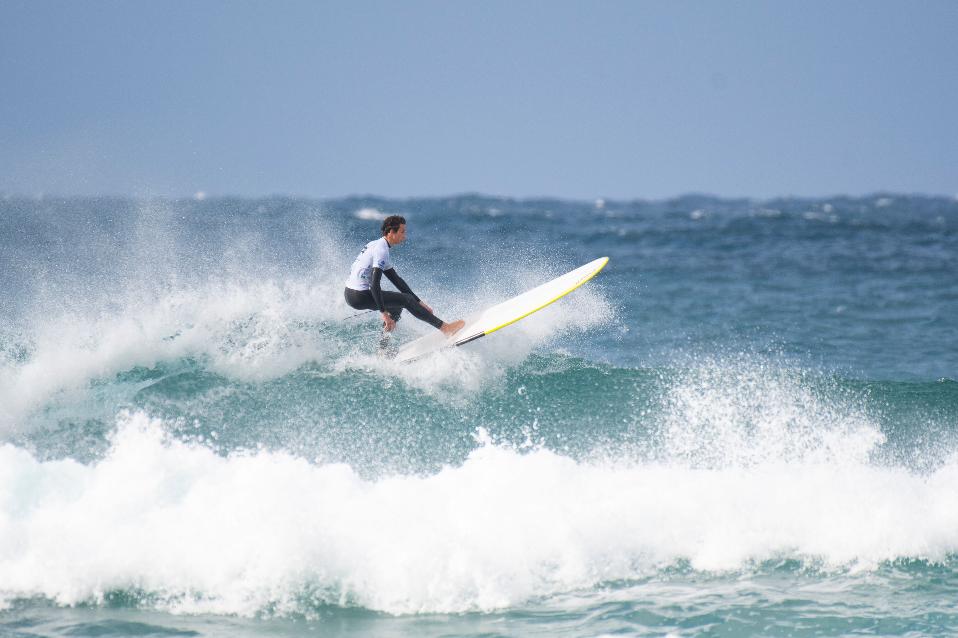 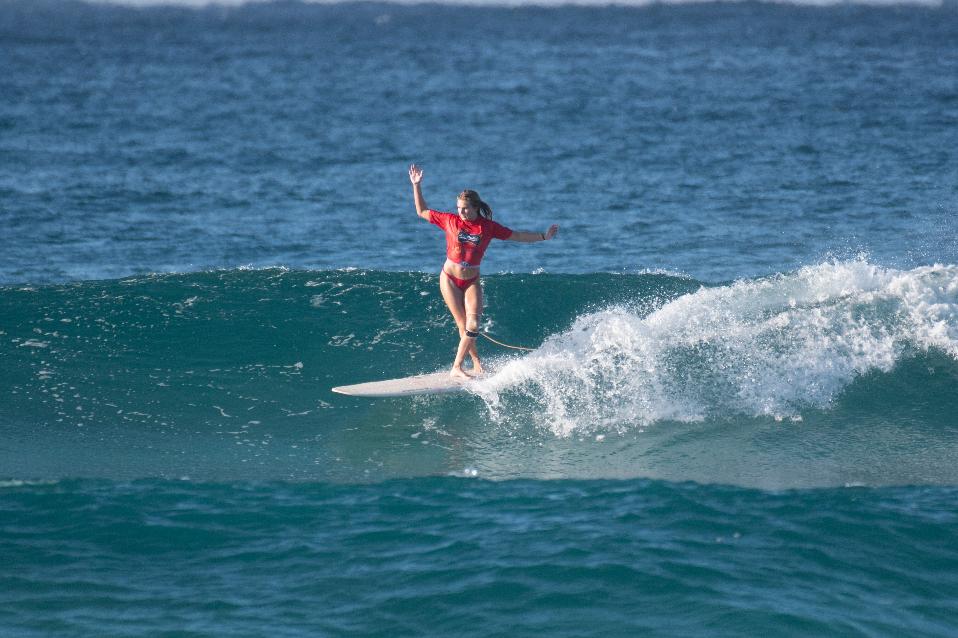 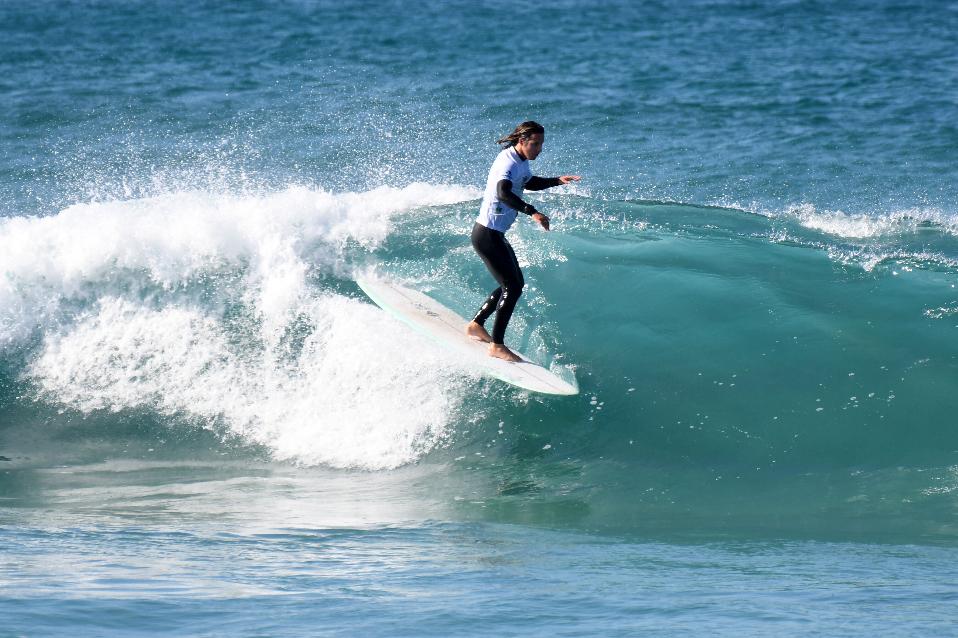 William Crowe (Collaroy), Harry Maskell (Wamberal) and Sam Ticknor (Evans Head) all put on commanding performances in the opening Open Men’s heats, all taking respective victories. All three surfers found a handful of impressive scores over the duration of their heats to take the top spots and earn their position straight into semis – bypassing the requalification rounds – which are slated to be contested on Saturday. 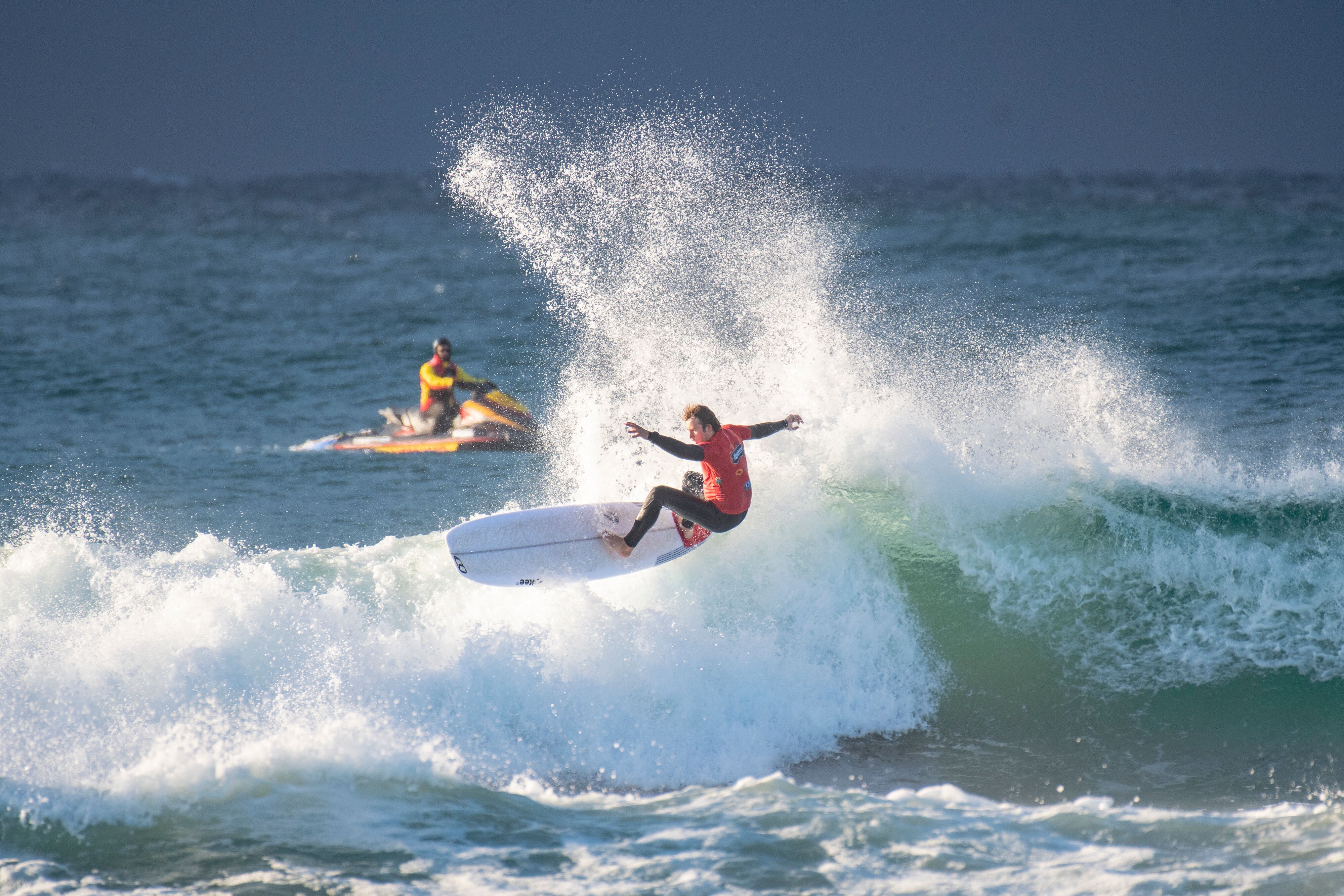 Multiple Australian longboard title holder Jason Livingston (Curl Curl) showed why he was a former champion, taking out his heats in both the Over-40 and Over-50 Mens. The powerful natural footer nailed a handful of decent waves in both his exchanges to claim the first round wins and seal himself a position into the upcoming semis.

Perennial NSW and Australian Title standout Danny Bond (Blue Bay) made it clear he wanted to add another trophy to his cabinet, smashing apart his first Over-65 Men’s heat. Bond posted a solid 14.07 two-wave heat total in her heat to claim the impressive victory.

John Murray also took out his opening Over-65 Men’s round one heat and will join Bond in the second round. 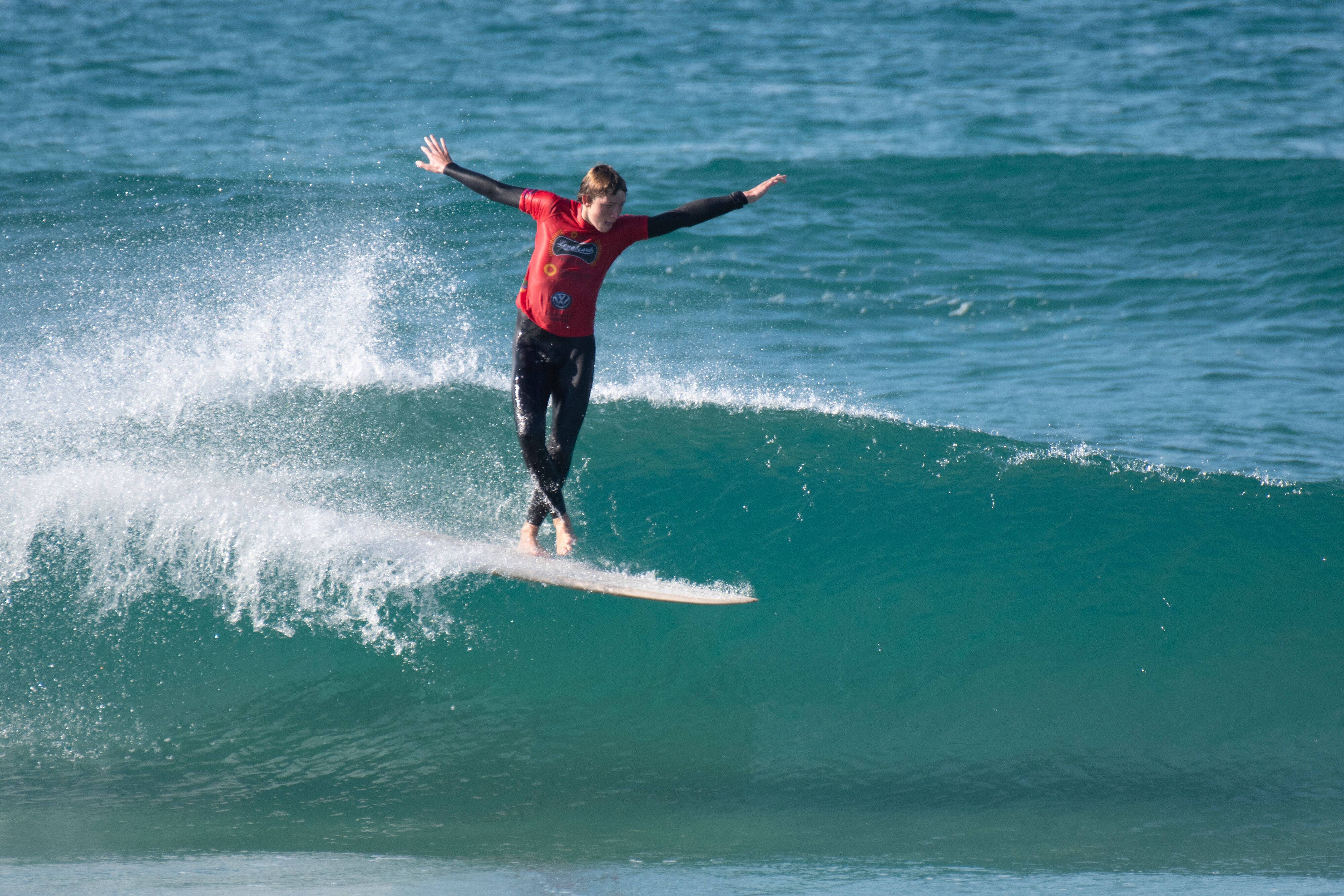 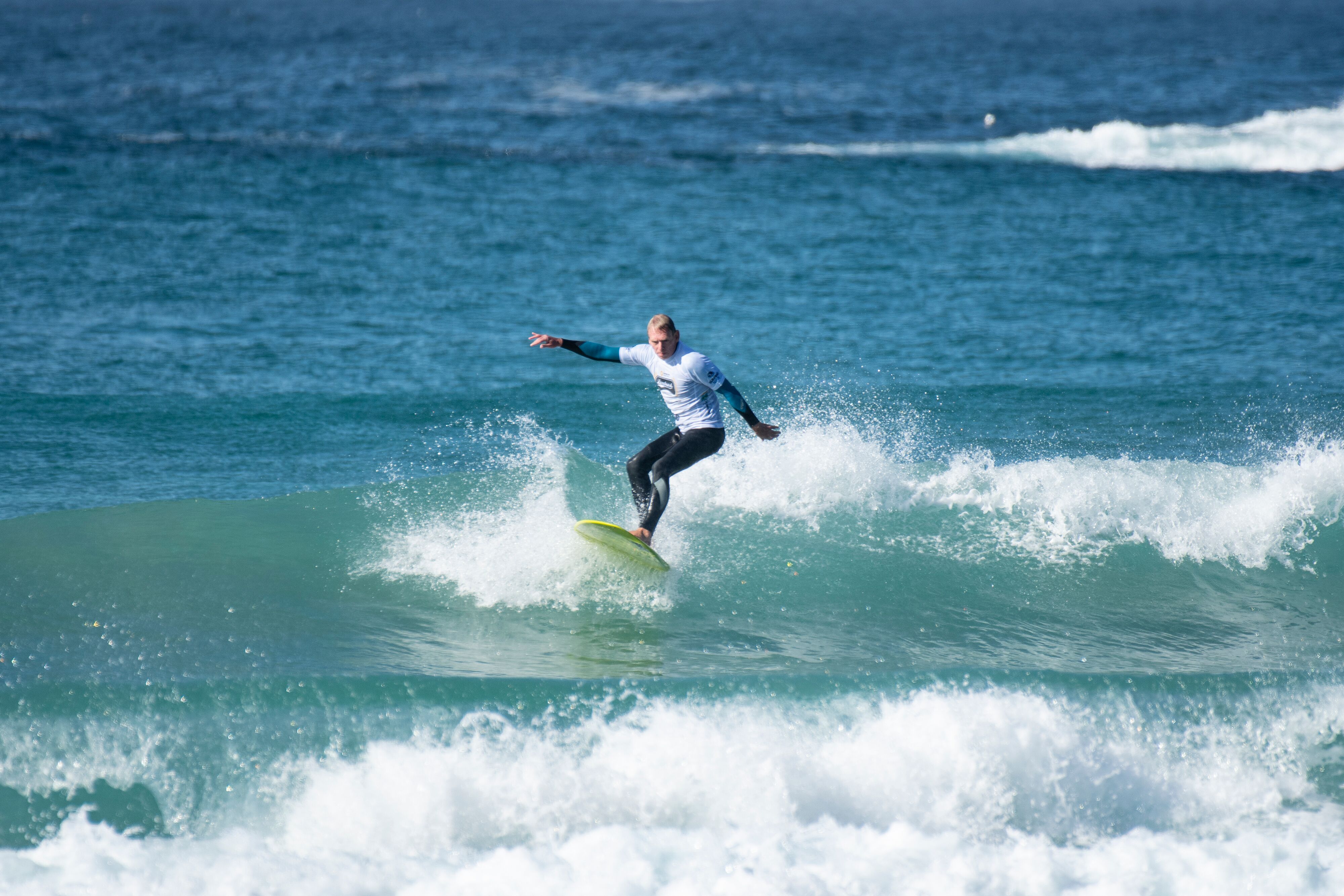 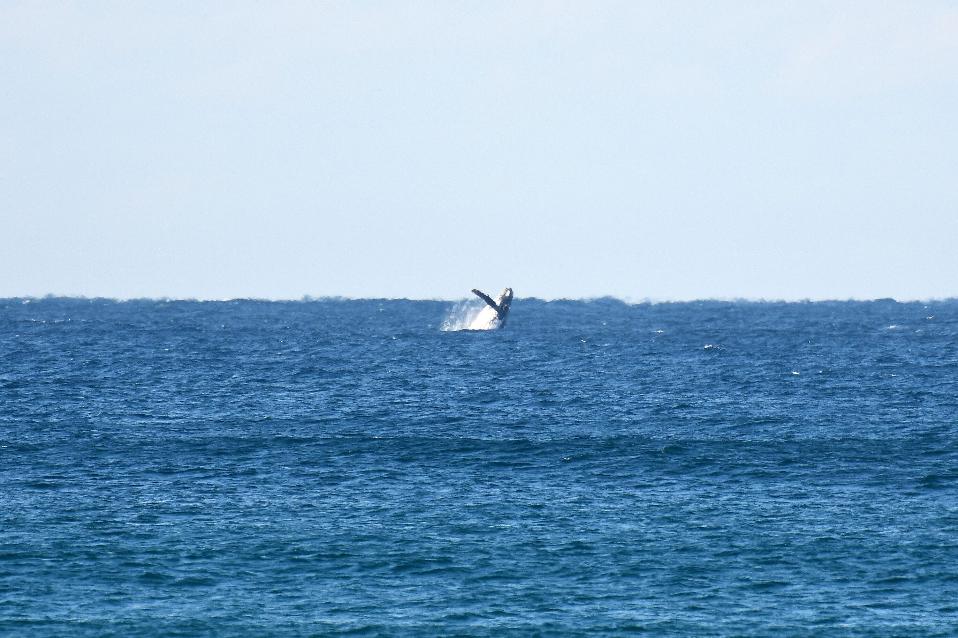